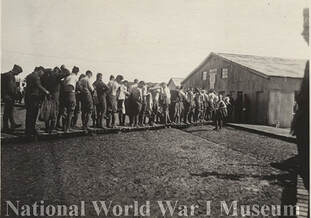 My dear Leila,
I've been down at the horse lines for 2 weeks and am going up to the guns today, so I' m stealing a moment of the army's time. I was very glad to get letters from Papa, Mamma and a note from Ina of the 17th of March, a few days ago. The same day , I received letters from Beryl, Norman and Carl. Thank Beryl for hers, and will write her in a few days.
I have thoroughly enjoyed myself this trip at the lines. The drivers are all good sports, and theSgt. Major has been up at the guns and our Sgt., being the senior Sgt., acting in his place, down here….consequently, there wasn't much work done. With the word 'soldier' you must always associate the word 'lazy', you know.
We have been able to have some porridge at nights this week, as I received a box of lump sugar from Carl. Also received 2 pairs of socks from some lady in Compton Que., who is a friend of Ella's and Murrill's. The Ladies Auxiliary of Winnipeg, sent us a pair of socks, each, so I have lots of them. I had May & Co., London , ( Norman's firm) send me 2 suits of Cellular (?) combination underwear; just the stuff for summer.
I had a lovely bath and change, this week; the first one for over 2 months. They only allow us 4 minutes under the water, about 5 men to a row and believe me, you have to work some, to get 2 months worth of dirt off or you're left, as I was once, covered with soap.
Am sending Mamma 3 newspaper clippings. I suppose you will understand why I'm sending one about the Canadians. I am sending the grenade which was on the collar of my tunic at the time of the blow up. It's just as I found it among the ruins. The tunic was all burnt up.
What do you think of the war, today? No Bon, is it? Are you glad the States are with us?
Have they sent the picture of the Godalming Kid back yet? I lost 6 pictures of her in the fire.
My height is : 6 ft. 4 inches and I weighed 175 lbs. when I left England, and don't think I have lost any.
Did Mamma receive "The Listen Post"? and "O'Pips"?
Well, the boys are keeping too much noise around me, so must quit. Lots of Love for Jack and self and write soon to your affectionate brother,
Bertie
France
May 1, 1918

My Dear Carl,
I was ever so glad to get your letter yesterday, of Easter Sunday. I'll never forget that day: it was a dirty one for us. We moved to a different sector of the front, the day before Easter. Our gun position was an open field and of course, we had to have the guns dug in and camaflouged before dawn. We finished at 5:00 AM Easter Morning and after an hour's sleep in a shell hole, we were floated out of our blankets. It poured. We were wet all day.
The next position we hit was the best one yet, only it wasn't as " healthy" as it might have been. I suppose that Herbert gave you my letter about the accident
I certainly laughed when I read your letter. It seems incredible, that it is from the same brother that told me never to fight, until the enemy was at your door, just 3 years ago. I only wish you were 10 years younger. But I have no doubt that you'll be here even at your age before it's over. (Carl was 42)
I'm not a pessimist, man, one has to look this thing square in the face and give the enemy their due. I'm glad that your wish that before your letter reached me, I'd be en route to Berlin, did not come true, as the only way we'll ever go there, is as prisoners of war. My God , surely, the (war) telegrams can't be turning black entirely into white. Size up the situation for yourself. I have no doubt about the final issues of this war. It will only end one way unless every man is buried in France, but it's going to take time and lots of it.
Canadians take very few prisoners.
Very many thanks for the socks…thank Mrs K. Skinner for me,.. but never have received the helmet (?knitted, maybe) perhaps I'll get it yet. The sugar came in yesterday and believe me, it has the honor and respect of every man in the hut. I am just about to eat a plate of porridge. We make it on the stove at night, anytime we can get ahold of anything to sweeten it with.
I'll send you a list of things most needed for winter, as I know the ropes, now.
I received the photo from Gladys and wrote her a long letter of thanks. Received long letters from Norman, Mamma, and Papa along with yours. They were all well.
It's raining to beat H. Have had my porridge. It was great.
Write soon again, and lots of love for Mabel and self, from your affectionate brother,
Bertie
PS remember me to Piggott 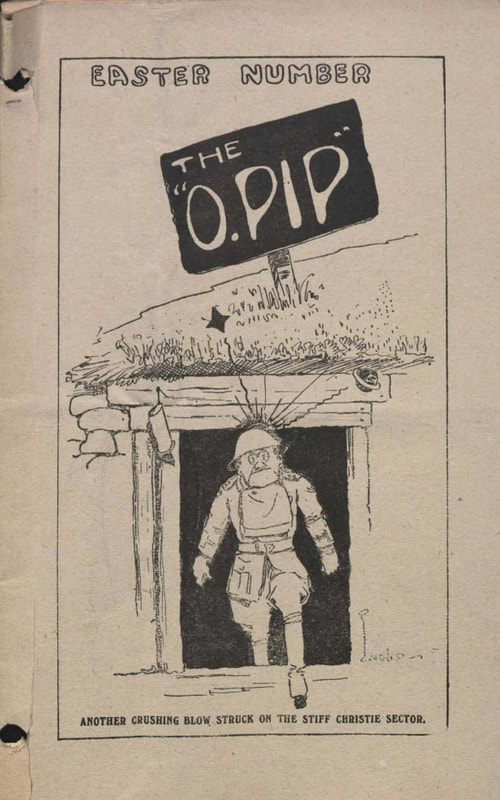 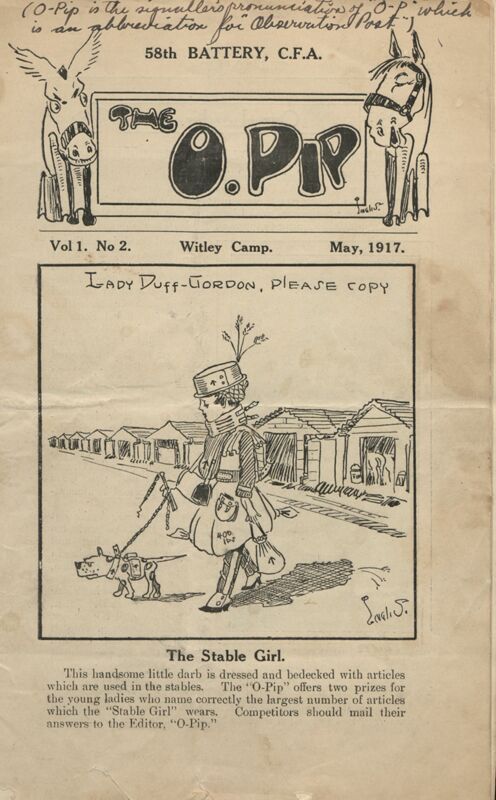 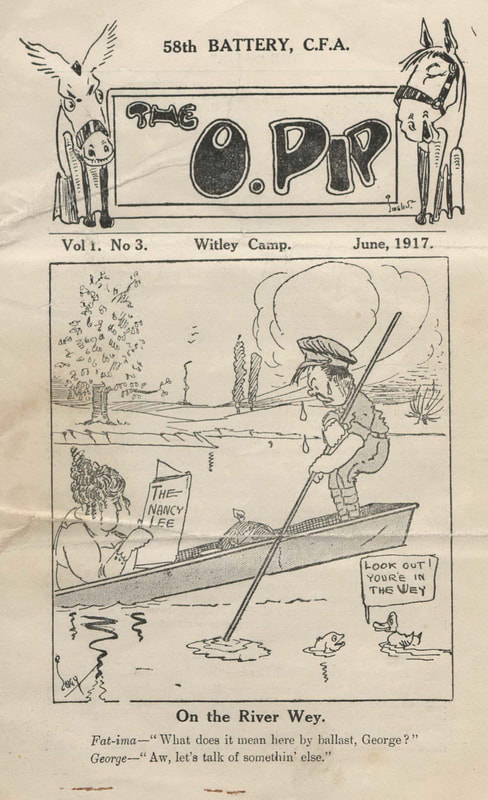 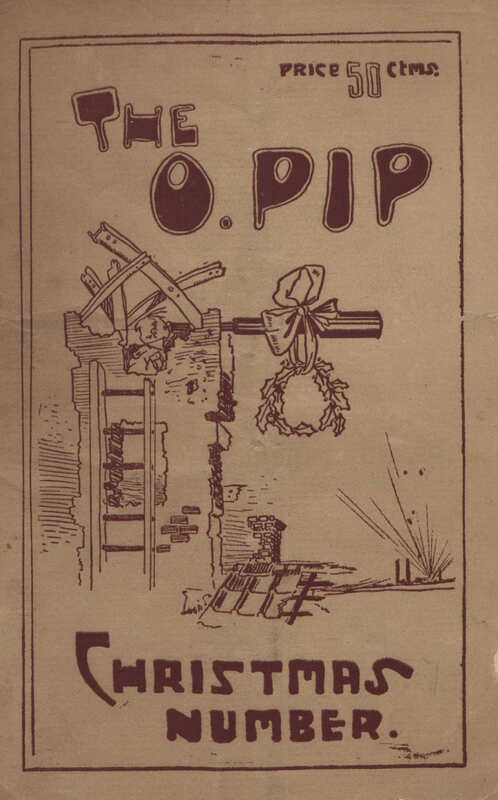 Back to Bombardier Cox page
Header Photo - OPIP Easter edition cartoon. Find the OPIP collection here. Great stories from the gunline in World War I!
Copyright © 2015, 2016, 2017, 2018, 2019, 2020, 2021
Webmaster/editor - Leon Jensen, OMM, CD, Commanding Officer 1998-2001, Regimental Sergeant Major 1986-1988
Additional photos and stories as well as comments regarding errors and omissions would be greatly appreciated. ​
​Have I inadvertently placed personal information of yours on line that you don't approve of?
​Please accept my apologies and contact me at president.vcrgunners@gmail.com and I’ll have it removed.