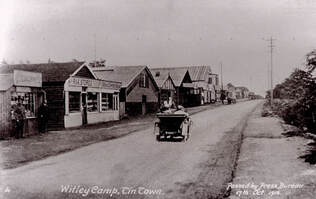 My Dear Herbert,
Very many thanks for your letter and watch received safely about 2 days later, It's a dandy but the only points against her are, she's rather a high flyer for " $1.15 a day " guy like me to be using ; and the face is put in wrong, have to twist my head to see the time. Am enclosing a money order for $19.00. Will you give the other $5.00 to Ina for me? For some soap.
Had long letters from home last week, and thank Ina for hers of a few days ago. So you're going to be a Dad in September. "Fine, hay", as they would tell you here, like to be so doing myself. Have never worn my glasses since I joined the army.
Thanks also for the clipping of newspaper about " Kitchener". All Canadian officers wore a black band around their sleeve for a week.
Am enclosing some good photos. Show them to Mabel and around.
Spend most of the day out on mounted parades. Maneuvering in the field etc. Everything is down under cover of woods, to avoid being seen by aeroplanes. We go right thru a wood when there is no trace, and crush down trees as big as your two legs and 10 to 20 ft. high. Of course, often get stuck and have to build bridges or man handle the guns out etc. The best fun is to be on the head quarters party. They ride out with him on his reconnaissance and then are detailed for different jobs, such as to gallop back, like a fire engine to bring the Battery up into position etc. Was on the headquarters party 3 times last week.
Give my love to Hellen and tell her I am glad to hear the news and write soon to your affectionate brother,
Bertie 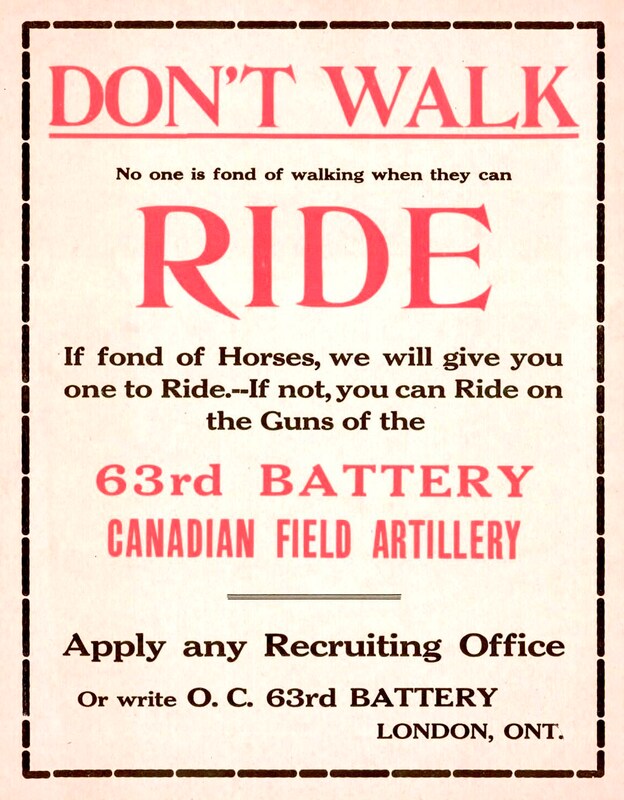 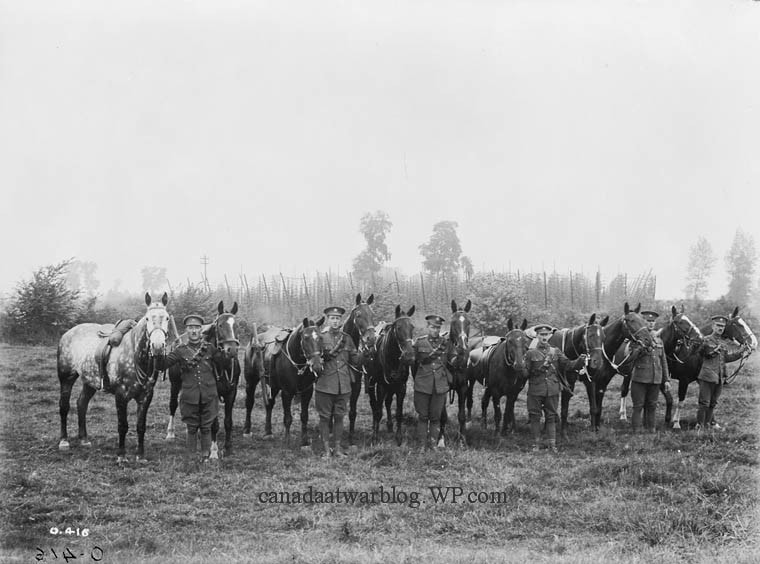 Back to Bombardier Cox page
Copyright © 2015, 2016, 2017, 2018, 2019
Webmaster/editor - Leon Jensen, OMM, CD, Commanding Officer 1998-2001, Regimental Sergeant Major 1986-1988
Additional photos and stories as well as comments regarding errors and omissions would be greatly appreciated. ​
​Have I inadvertently placed personal information of yours on line that you don't approve of?
​Please accept my apologies and contact me at president.vcrgunners@gmail.com and I’ll have it removed.