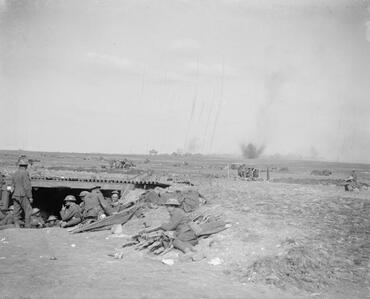 My Dearest Mamma,
I was sorry I could not write you last week, but hope you received the Field (?) card O.K. There has been no time for letter writing the past five weeks, as we moved our positions the day before Easter. It was the hardest day's work I have done for some time. Marched miles and miles; finally reached our wagon lines ( an open field) and went into action the same night, which meant more marching.
The gunners are not allowed to ride on the vehicles in France, in fact there is no room. It looks like a circus show moving. The gun position was also an open field, so of course, we had to dig gun pits and conceal the guns before dawn. We finished at 5 :00 AM Easter Morning and after an hour's sleep in a shell hole I was floated out of my resting place. (Rain)
Anyway , we were only there a few days as our gun was detailed to go forward to do sniping work. I like this position better than any so far, although it is not as 'healthy' as some we've been in. ( Note: Battle of Vimy Ridge) We worked hard on our pit and finished it on April 7th at noon but Fritz, the mean fellow, evidently thought he'd like to keep us busy, as about 2 hours later, he landed one square on the pit. Lucky thing for me he did not delay his shot about 30 seconds, as I was making a bee line for the pit to get my stuff and then go to a dug out.
I lost my gas box respirator, note: ( each horse was issued a gas mask, too, made on the same principal as for the men, except there was no mouth piece!), my steel helmet, a pair of boots, gloves and tunic with all sorts of stuff in the pockets. Pay book photographs etc. The only things that were not entirely destroyed were 5 Postal Orders for 1 # each , which I had just received from Herbert. Found them on the ground , pretty burnt.
The rubber boots have come in very handy up here, as it has rained quite a lot, but it is quite warm. This is the first gun that the 6oth Battery has lost.
These are answers to questions Leila asked in her last (letter) received, while we were eating supper in the kitchen on April 7th along with yours and Ina's of March 3rd, 5th, and 6th: " How far are the guns from the trenches where the SOLDIERS are"? I read that part out loud to the boys. There was much laughter. You would have thought we were soldiers too if you had seen us that day. Answer: Anywhere from 2,000 to 6,000 yards , Our shells go over our front line into enemy zone, which is allotted to us. If we make a mistake in range etc., we kill our own men, but this very seldom happens. Shells from other batteries, are going over our heads day and night. In some positions, we can see the enemy in the distance Our gun is a 3.3, but makes more noise than a 60 pounder, when fired.
There are no other girls for Bill Baileey to lose his heart to and he is just as fat as ever.
I'm absolutely shocked and surprised at her feelings and yours toward the United States : Quote: "They will say that we could not win without them". Well, I tell you we would be in a sorry state without them. You people, like all other British born, thought that this war was won on Aug 4th 1914 by England, because she IS England. Well, you want to forget that, and remember she is up against a real live enemy. Give the Devil his due, you know. Of course you get your information from the papers, but I am the original.
I wish you would send a list of Barbadians who have enlisted.
The horse lines or wagon lines which are the same thing, is the place where our horses are, and drivers and remaining gunners. In other words it is the base of each Battery.
Never worry about my clothes. I have more than I need . I wrote to London today for 2 suits of summer underwear.
What do you think of the gun that shelled Paris? (Big Bertha?).
Fancy, Leila thinking that Alice Knight looked about 26 or 28 in the picture. Why Heavens, the boys in Whitley Camp used to kid me that I was a cradle robber, but I admit she has a sad look in the photo. ( Bertie asked for her photo to be retuned to him, because all of his were destroyed).
Well, I think I've given you all my news today. Am writing this in the sun.
Love for Papa, Ina, Leila, and self and don't worry Dear Mamma ( be a fatalist) About your loving son,
Bertie 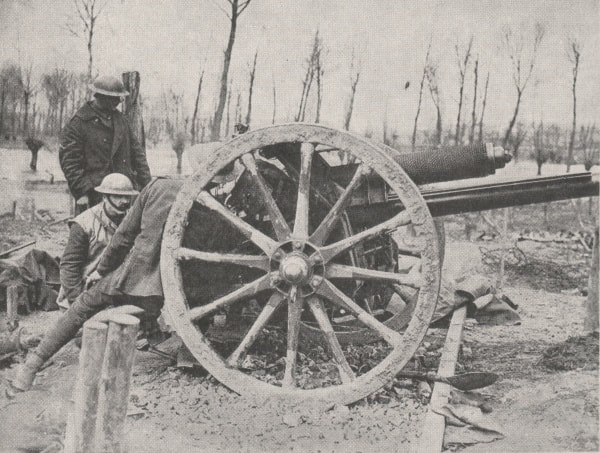 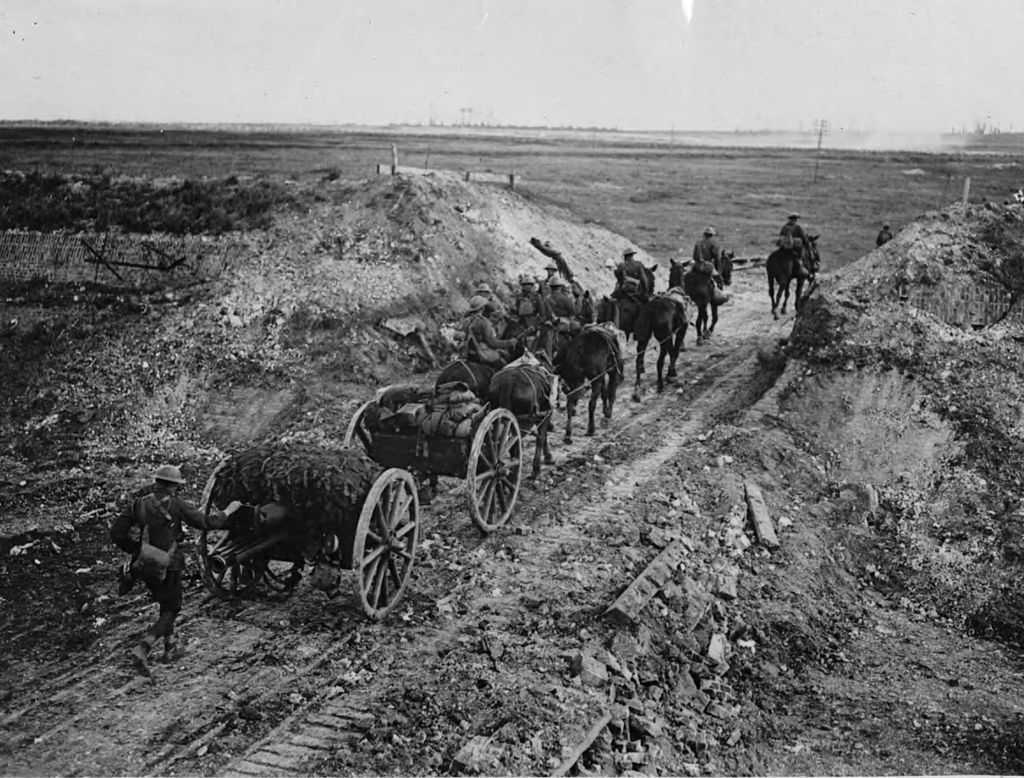 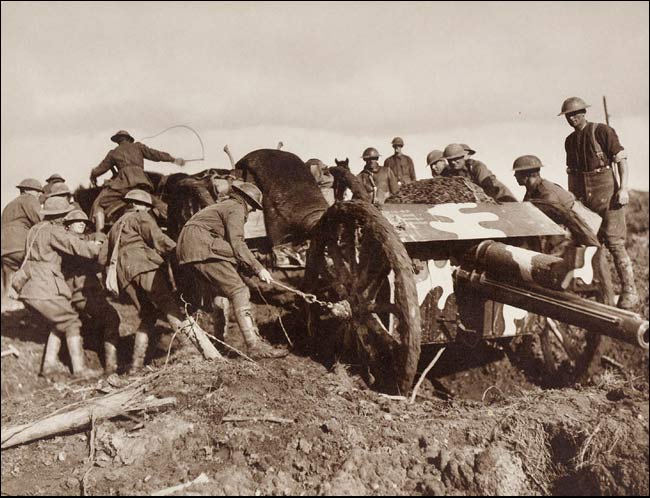 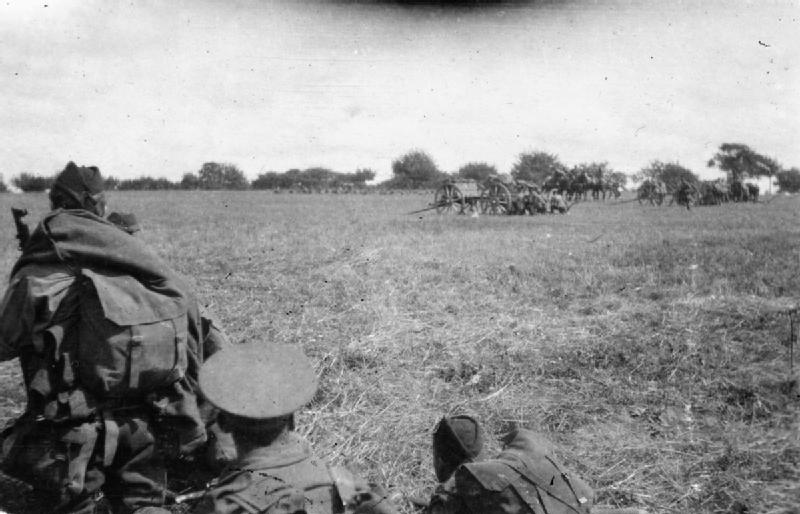 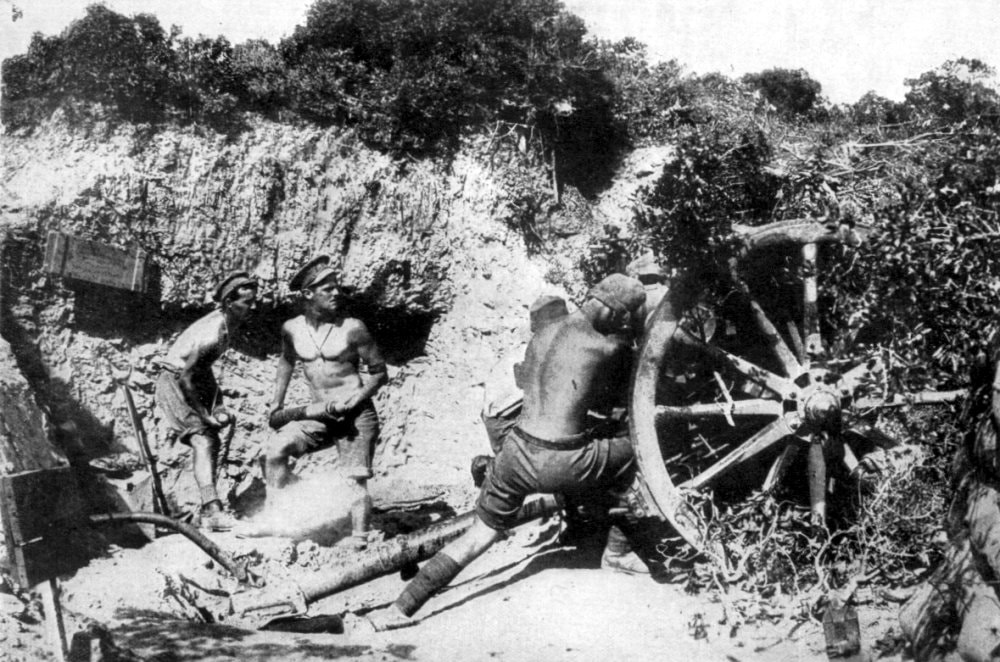 Back to Bombardier Cox page
Header Photo - Australian gun at Second Battle of Bullecourt.
Copyright © 2015, 2016, 2017, 2018, 2019, 2020, 2021
Webmaster/editor - Leon Jensen, OMM, CD, Commanding Officer 1998-2001, Regimental Sergeant Major 1986-1988
Additional photos and stories as well as comments regarding errors and omissions would be greatly appreciated. ​
​Have I inadvertently placed personal information of yours on line that you don't approve of?
​Please accept my apologies and contact me at president.vcrgunners@gmail.com and I’ll have it removed.