My Dearest Mabel and Carl,
I've just jumped out of a very hot bath and as this room is none too warm (YMCA) I'm shivering, but must write you tonight to thank you so much for the nice box of candy, and Carl's letter received last week. It was "great stuff" and Herbert's was exactly the same. I'm sure all the gun crew thanks you. It came when I was at the guns. This week I'm at the wagon lines and we're having a good time with the drivers.
We moved to another part of the lines, since last writing, and you'd never believe that we buy the papers and candy every morning, from newspaper boys, right in the gun pit. There's an Estaminet ( small café that serves alcohol) only a few yards away and also a place where we can buy eggs and chips. Doesn't it seem funny? If Fritz put over gas the civilians would all be vapored.
Have just finished smoking the last of Mildred's (Mabel's sister) cigarettes, wasn't it nice of her to think of me? Also received a nice box of eatables from the Waiths in England (Victor's people).
Now to thank you for the warm things. That vest of many colours is 'the real thing'; and today is the first time I've taken it off to bathe, since I received it. It is great for sleeping. It has been called 'the camouflage vest' by all the boys. Carl will tell you what camouflage means. ( remainder of this letter is missing) 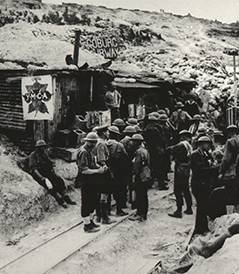 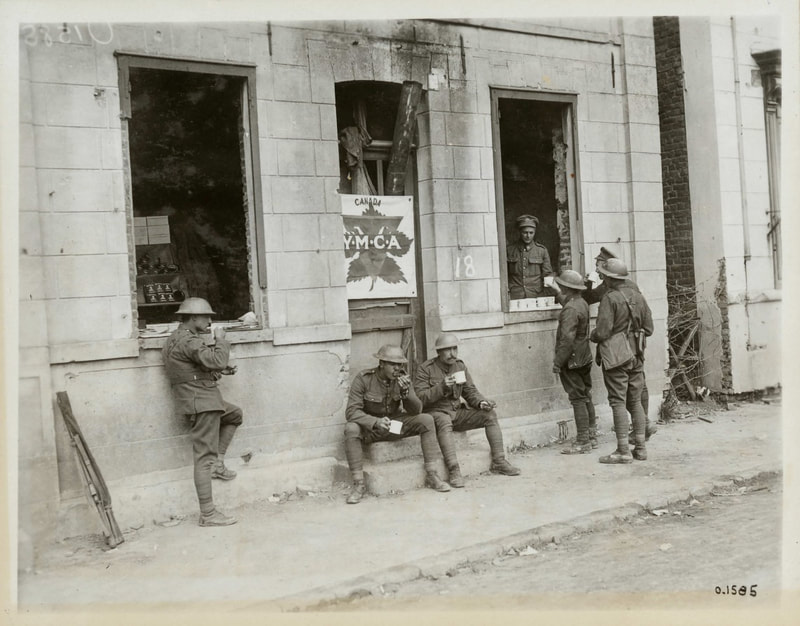 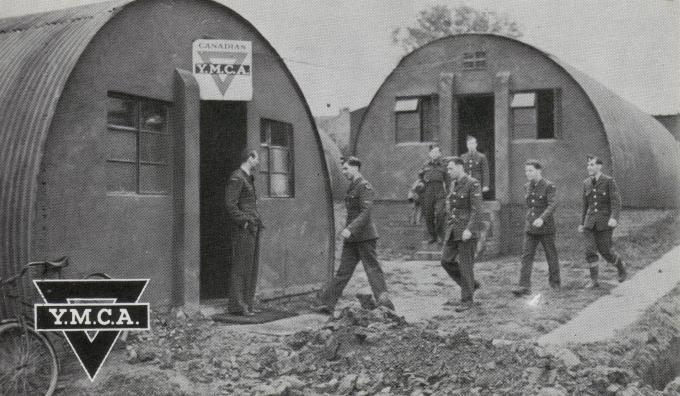 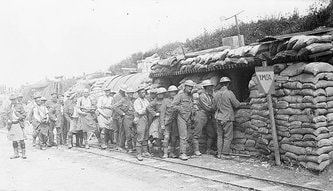 Back to Bombardier Cox page
Header Photo - Wesley Johnston photo - Canadian Letters.ca
Copyright © 2015, 2016, 2017, 2018, 2019, 2020, 2021
Webmaster/editor - Leon Jensen, OMM, CD, Commanding Officer 1998-2001, Regimental Sergeant Major 1986-1988
Additional photos and stories as well as comments regarding errors and omissions would be greatly appreciated. ​
​Have I inadvertently placed personal information of yours on line that you don't approve of?
​Please accept my apologies and contact me at president.vcrgunners@gmail.com and I’ll have it removed.