VANCOUVER GUNNERS
Diary
by Bertram Cox.......
September 13, 1917. Saved Jimmy Allison's life, by forgetting to give him whistle.
September 14. McLennan killed by enemy shell.
September 17. Harry Price and I caught in enemy barrage coming back from YMCA and had to remain in trench for an hour with Wolf and McEachern 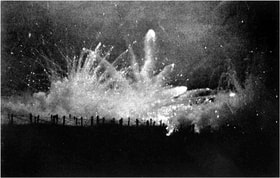 My Dear Mabel and Carl,
As you can see I was not very far off, when I wrote you my last letter. We left England on Aug. 21st; had a smooth trip across, but under pretty tuff conditions. We struck 4 of the most rainy days going, when first in France, but have enjoyed the best of weather for the past 3 weeks.
I went into action for the first time on Sept 7th and since then , Fritz has shown us a pretty lively time. He has poured hundreds of shells all around, but so far we have had only one casualty. One of the old 59th men was killed a few days ago by a direct hit. I never believed anyone , before, when they said that one could hear a shell coming; and duck in time, but it's an absolute fact.
That's something that everyone learns to do the 1st day they arrive here. To flop on the stomach at the first sound of the whistle. Of course, with a little experience one can tell by the whis almost where it is going to drop, but the splinters that fly for about 50 yards around , are fatal, and each splinter has a whis which you hear coming. But I tell you we've been keeping him busy ducking too, believe me.
One night we got to bed at 6 AM. Firing all night. They keep us working all day, improving the gun pit etc., never a moment's rest; the remainder of the time we are hauling ammunition. Usually get to bed about 1 AM. And we nearly always have a call before morning, if not 2 or 3. Each man also has to do a guard of 2 hours every night, so with no sleep in the day, you can quite understand, we need no rocking to sleep when we hit the dug out. I haven't had my pants off for a week.
Our dug outs are about 30 to 40 feet deep and I think would be safe, even with a direct hit. Of course, the next position that we take up, we might not be so lucky. It seems quite funny living in a communication trench all day. I'd like you to see the ruins of this "once-upon-a-time" big city I never saw anything like it even in the movies.
We see some great aereal fights every day, and it's fun to see the big battle planes in their formation, speeding through the air. I hope to go down to the wagon lines tomorrow for a so-called rest and also for a bath and change of underwear which is badly needed.
There is a canteen up here in a dug out, where we can get the usual stuff but everything is just as expensive as in England except cigarettes. 50 for 1 franc, 25 centimes =1shilling =25 cents in real money! They only pay us $6.00 per month over here and the other $27.00 is automatically put to our credit.
We were all confined to camp the last two days we were at Whitley so the girls had to come to say goodbye to the fellows. They could come in but we couldn't go out. It was quite a scene, but say, you should have seen the picture of health and beauty that came to bid me adieu. A hundred per cent pure stuff.
I think I've given you all my news so will wind up this epistle. I have not heard a word of or from Norman, so don't know where he is. I'm awfully sorry I missed him.
Can you imagine, Leila a married woman, by this time?
Love from your affct. brother,
Bertie 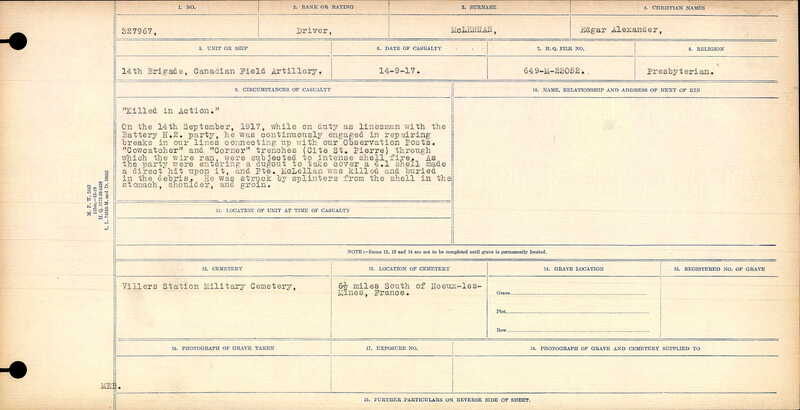 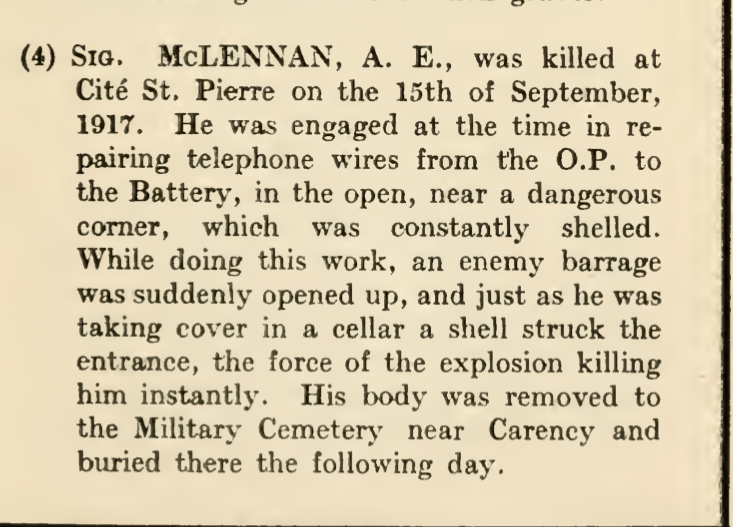 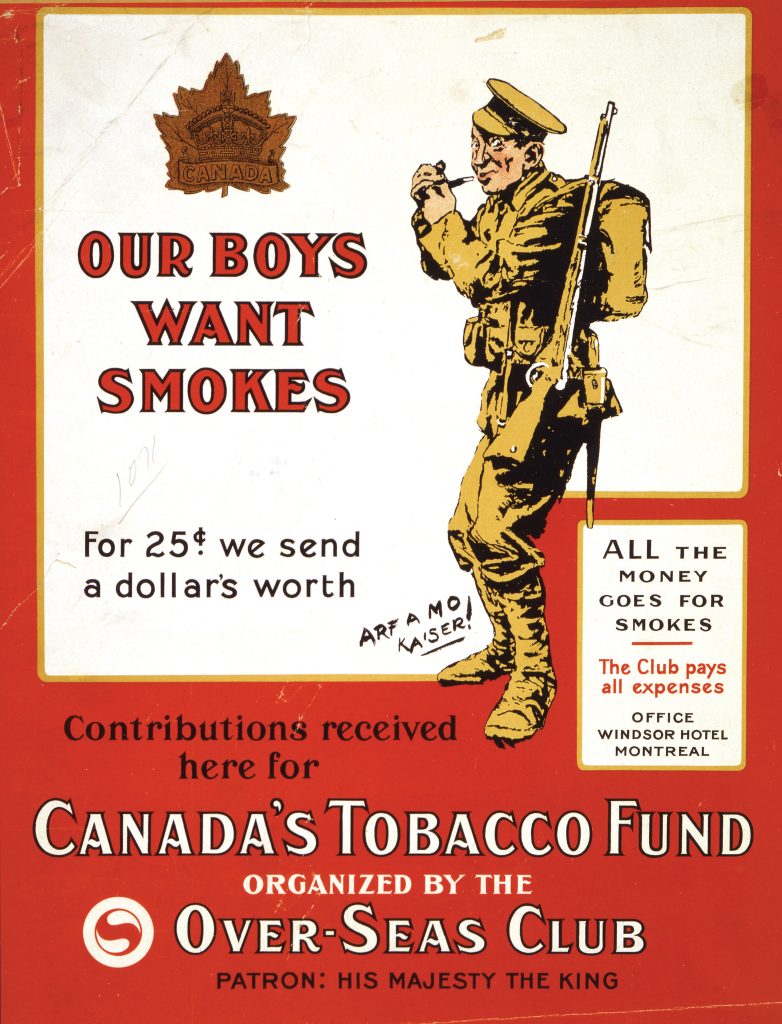 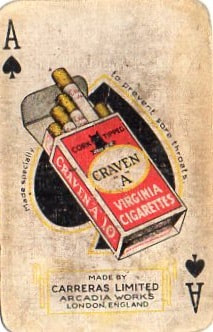 Back to Bombardier Cox page
Header Photo - 54th Canadians [showing the ruins of] Napoo Corner, Lievin, City of Vancouver Archives
Copyright © 2015, 2016, 2017, 2018, 2019, 2020, 2021
Webmaster/editor - Leon Jensen, OMM, CD, Commanding Officer 1998-2001, Regimental Sergeant Major 1986-1988
Additional photos and stories as well as comments regarding errors and omissions would be greatly appreciated. ​
​Have I inadvertently placed personal information of yours on line that you don't approve of?
​Please accept my apologies and contact me at president.vcrgunners@gmail.com and I’ll have it removed.