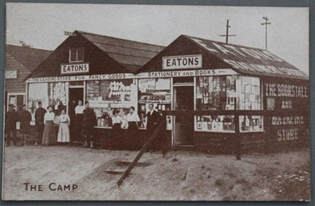 My Dear Mabel and Carl ,
Many thanks to Carl for his letter already received and to Mabel in anticipation of the one which I know must be on it's way by this time. You get all of my news through Ina, of course, and so long as you know that I'm still here " there's no need to worry" Get her to show you that copy I sent her.
This camp has all the Canadian camps beaten in every thing, except in one respect, and in that, it falls so far short that it 's hard to say which is the better, and that is the WEATHER. It's too bad to explain. It rains every day; and a dampness that one can almost taste. The stoves we have, give no heat at all and the temperature in the hut is sometimes below freezing point.
There's a military town about 2 1\2 miles away, called Godalming. We usually go down every Saturday night and Sunday night to the concert given by a Mrs. Henderson free to soldiers. It's London talent and it's the best free show I've ever had the pleasure of seeing. We also have concerts at the YMCA about once a week, all free. You have no idea what the people will do for soldiers.
In the week nights we generally sit around the stove and smoke. This is good fun to hear the opinions of a bunch of volunteers (8 months). I suppose Ina told you all about the good time I had in London. Talk about New York for pretty girls? It's not in it with London and such easy picking . Like to send you a picture of one that writes me every week, a real queen.
Am posting you my photo in about 2 days and hope you like it.
We have 80 horses now, get more every week, need 120. I am on the Headquarters Party or as it is usually termed the "Suicide Gang". Sounds encouraging doesn't it?
Have just finished taking a telephone course, as this is our chief work at the front as soon as we get into a position. There are about 10 different phones all connected up; from guns to observing officers and to Headquarters and to Divisional Hqtrs. And Infantry Hqtrs. And to the first line trenches etc. and we have to get out and find the breaks in these wires and repair them. Great fun.
The 18 pounder field gun has a range from 1600 to 6200 yards, most effective at 2500 yards. We haven't done any firing yet, and only do so once, just before going across, which I think is not far off.
Well, must close, just posted 25 cards. Write soon. Merry Christmas.. slide an extra one down for me
Love xxxx
Affectionately, Bertie 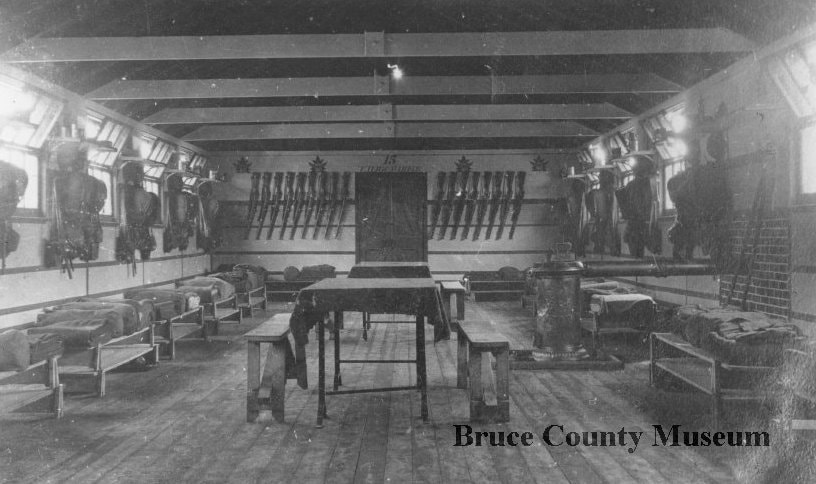 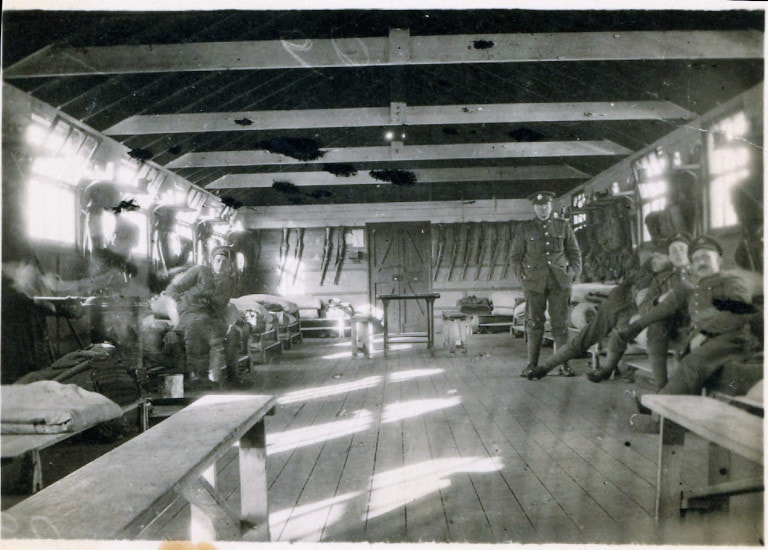 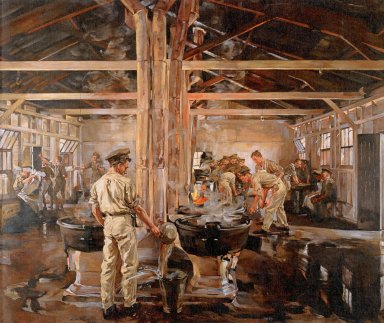 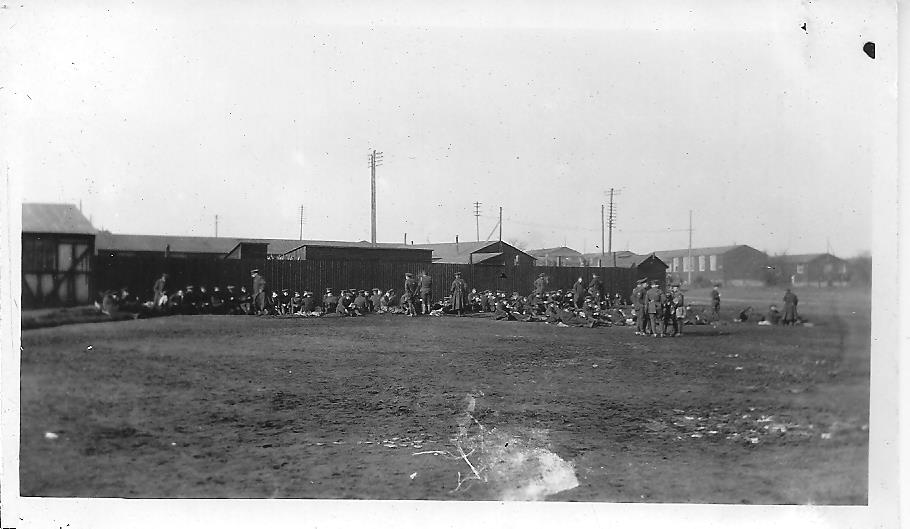 Header photo from Percy's War ​Interior of huts, Witley
Back to Bombardier Cox page
Copyright © 2015, 2016, 2017, 2018, 2019, 2020, 2021
Webmaster/editor - Leon Jensen, OMM, CD, Commanding Officer 1998-2001, Regimental Sergeant Major 1986-1988
Additional photos and stories as well as comments regarding errors and omissions would be greatly appreciated. ​
​Have I inadvertently placed personal information of yours on line that you don't approve of?
​Please accept my apologies and contact me at president.vcrgunners@gmail.com and I’ll have it removed.