VANCOUVER GUNNERS
Diary
by Bertram Cox.......
November 1. Position in Herrin. Jim Pottenger killed, and 16 wounded at 11 pm am awakened to go to gun position, to move guns to Le Sentinel about 500 yards to left.
November 3. Move to Ansin, guns take up position in Valeniennes City is forward and dangerous temperary bridge spans canal which we cross.
November 4. Guns move to Saulve.
November 6. Guns move to Onnaing whenever we fire our last shots.
November 9. March along Mon Valencummes road and spend night in field at Quivechain.
November 10. Move to Thulin, Belgium. I go ahead of Battery to get my pass and start at 7 pm on my 14 day leave to Paris.
November 11 - 18 11am. Bloody war is over.
December 7. Find Battery on line of March on my return at 10:30 am. Cross German frontier at 11:30 am. Billeted at Recht.
December 8. Krinkelt
December 9. Wildenburg
December 10. Kommern
December 11. Wielerwist
December 12. Barracks just outside Cologne and battery prepare for big inspection.
December 13. Crossed the Rhine River to Ostheim across from Cologne. 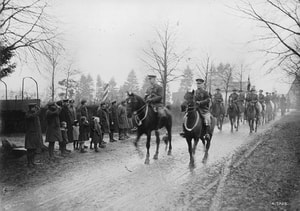 My dear Carl,
Haven't a minute to write any lengthy details about the Victory or my great trip to Paris, as we're on the march everyday. We do about 20 miles per day and today (my birthday… 24 yrs.), we marched triumphantly through the heart of the city of Cologne and crossed the Rhine at noon.
There were thousands of people out to see the procession, but naturally, we never got a smile or a cheer!! Our Brigade ( the 14th) lead the Canadian Corps of Artillery, and as it was our day to lead the Brigade, the 60th Battery was the first Battery to cross the Rhine.
We had to work hard, last night on harness, horses, and guns as we were inspected by several Generals on the bridge. Cologne is the 3rd. largest city in Germany.
We billet with German families every night, and so far they have treated us fine.
If I get time, I'll write you about Paris. Say, I did meet some pipans, not kites (them as well). But you should see my Russian Ambassador's daughter. Man Oh Man!
Have to mention Brussels, where I spent 2 days on my way back. That city even has Paris beat for gay life. Also stayed over at Mons, Namur and Liege.
But the thing that I can't seem to realize is that the war is over.
I never had so much news to write and so little time to do it in, before. I could fill a book with experiences of the past month, but will have to wait until I see you, probably in April or May. Will have to go back to Winnipeg to get my discharge.
There's no telling how long we will be across the Rhine.
One word I must say about Paris. It's the prettiest city I've ever seen. Wonderful boulevards, and avenues and architecture and just as crazy and wild on the day after Armistice and every succeeding day, as your description of New York.
On my return to the Battery, I found letters from you dated Oct.24th and Nov. 11th and Mabel's, of Oct. 29th; Herbert's of Oct. 28th. Many thanks. Will answer at some future date when we get to our destination.
Love to all, your affectionate brother,
Bertie 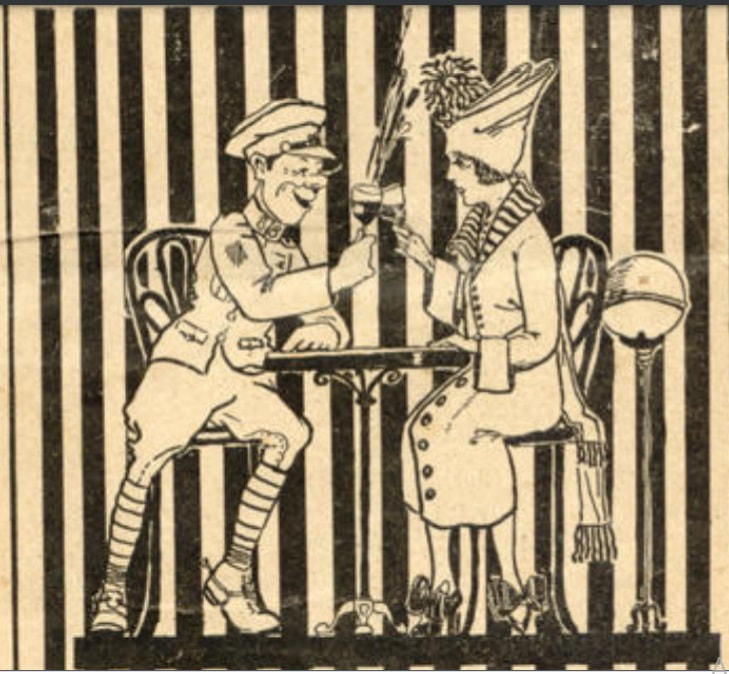 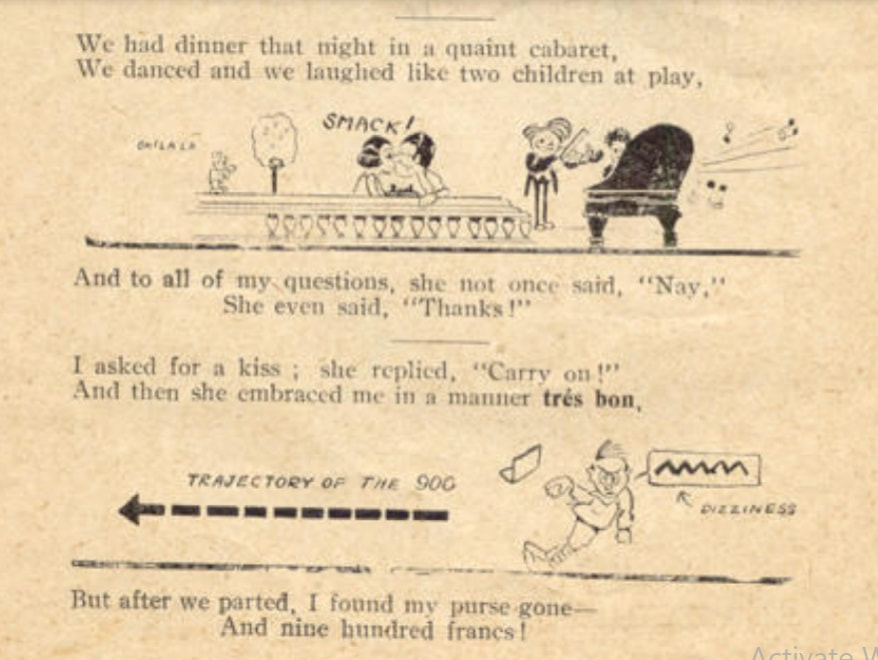 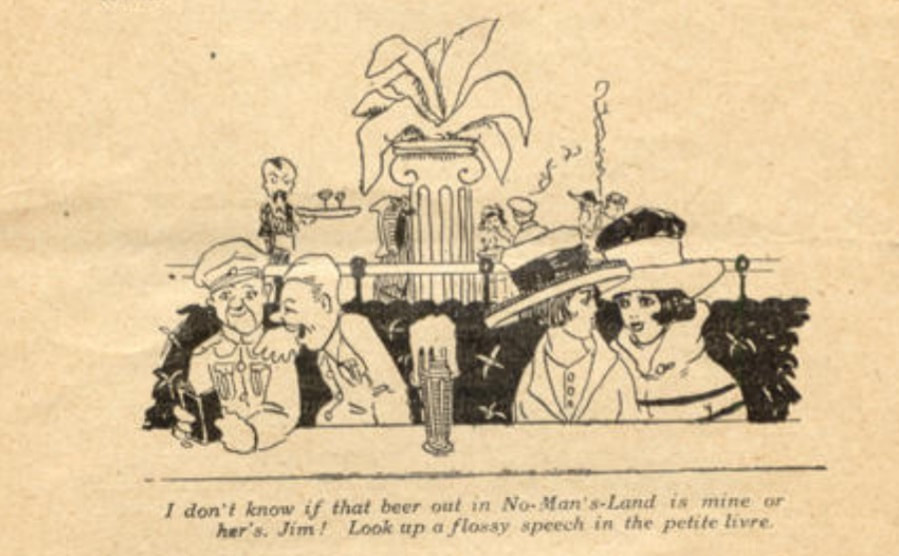 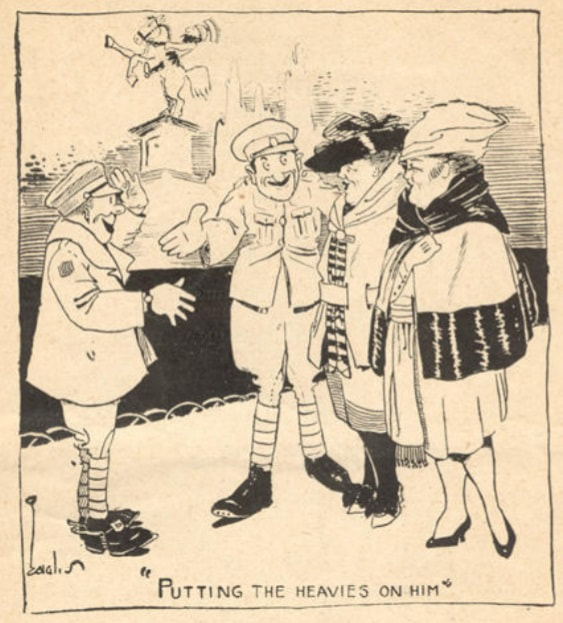 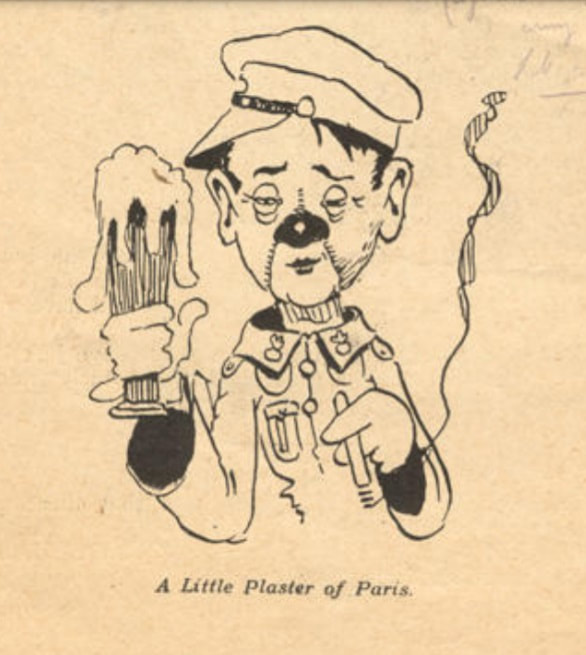 Back to Bombardier Cox page
Header Photo - Crossing Cologne Bridge Library & Archives Canada
Copyright © 2015, 2016, 2017, 2018, 2019, 2020, 2021
Webmaster/editor - Leon Jensen, OMM, CD, Commanding Officer 1998-2001, Regimental Sergeant Major 1986-1988
Additional photos and stories as well as comments regarding errors and omissions would be greatly appreciated. ​
​Have I inadvertently placed personal information of yours on line that you don't approve of?
​Please accept my apologies and contact me at president.vcrgunners@gmail.com and I’ll have it removed.