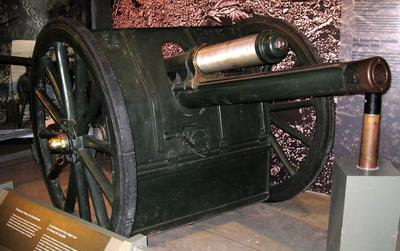 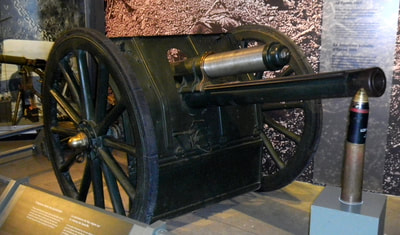 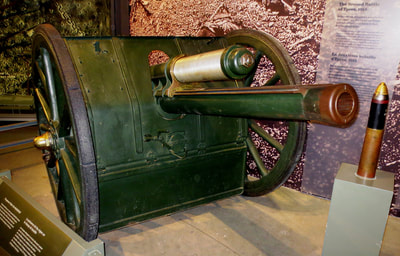 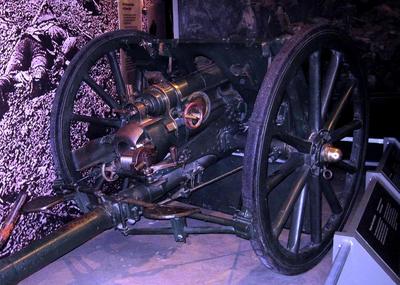 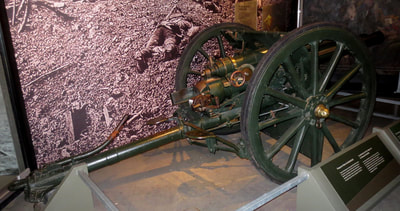 Front, side and rear view - 18 Pounder No 3820 is in good shape. The gun appears to be intact with no rust visible. 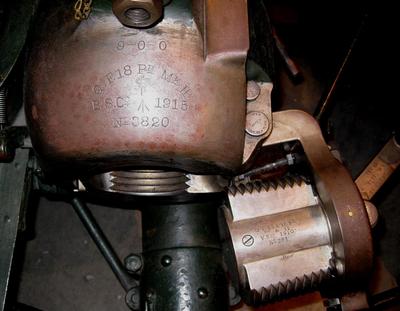 Wheels - Wooden wheels appear to be in good shape.
Gun Stores - None apparent in photograph.
Back to 18 Pdr Club