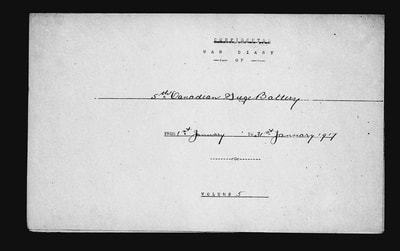 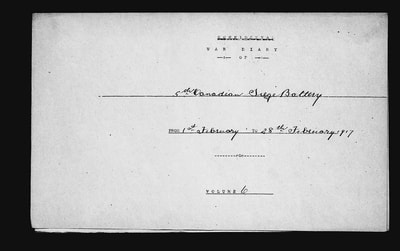 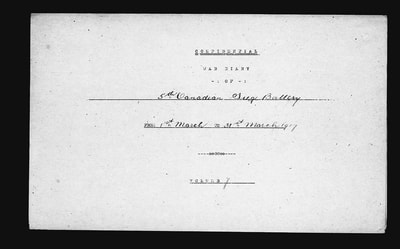 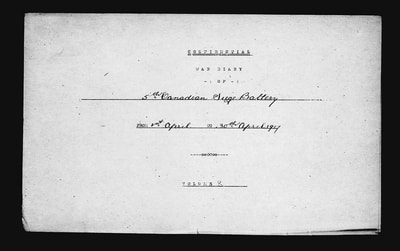 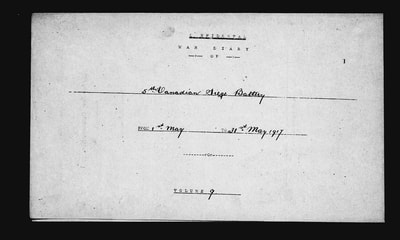 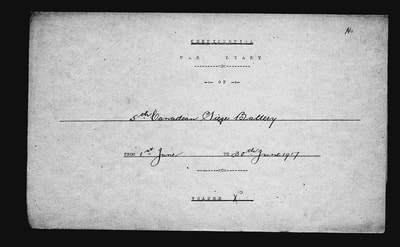 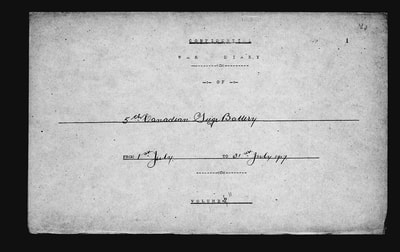 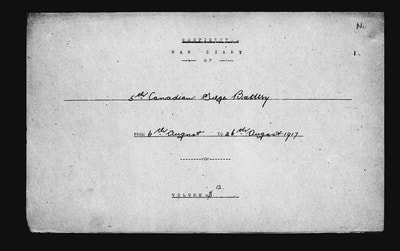 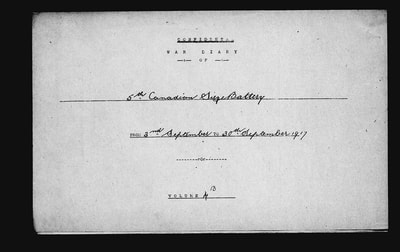 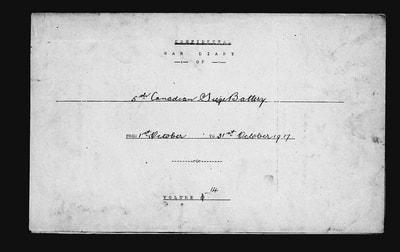 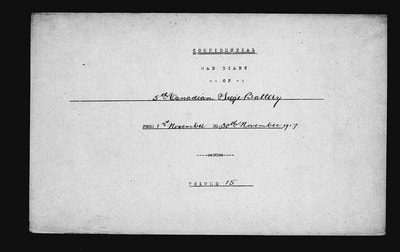 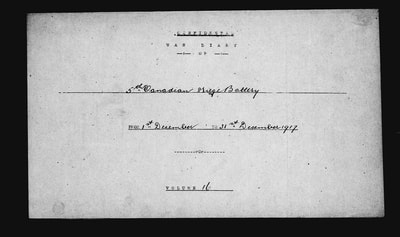 War Diaries - January to March 1917
War Diaries -April to June 1917
War Diaries - July to September 1917
War Diaries - October to December 1917
Uniform
The uniform worn by Bombardier Harold Poyser. The metallic 5 on the epaulette for the battery designation followed by CGA for Canadian Garrison Artillery. On the sleeve is the rectangular red patch indicating the 2nd  Brigade over the Canadian Corps Heavy Artillery (CCHA) with the Lance Bombardier chevron underneath and the three service stripes at the bottom. The lapel features the Universal Grenade despite the fact that the Canadian Artillery adopted a more stylized grenade with Canada underneath in 1907. This uniform is owned by the Bowden Pioneer Museum, Alberta. A similar one would be an excellent addition to the 15th Field Artillery Regiment Museum and Archives and all members are encouraged to contact me ASAP if they were to locate one that was available. 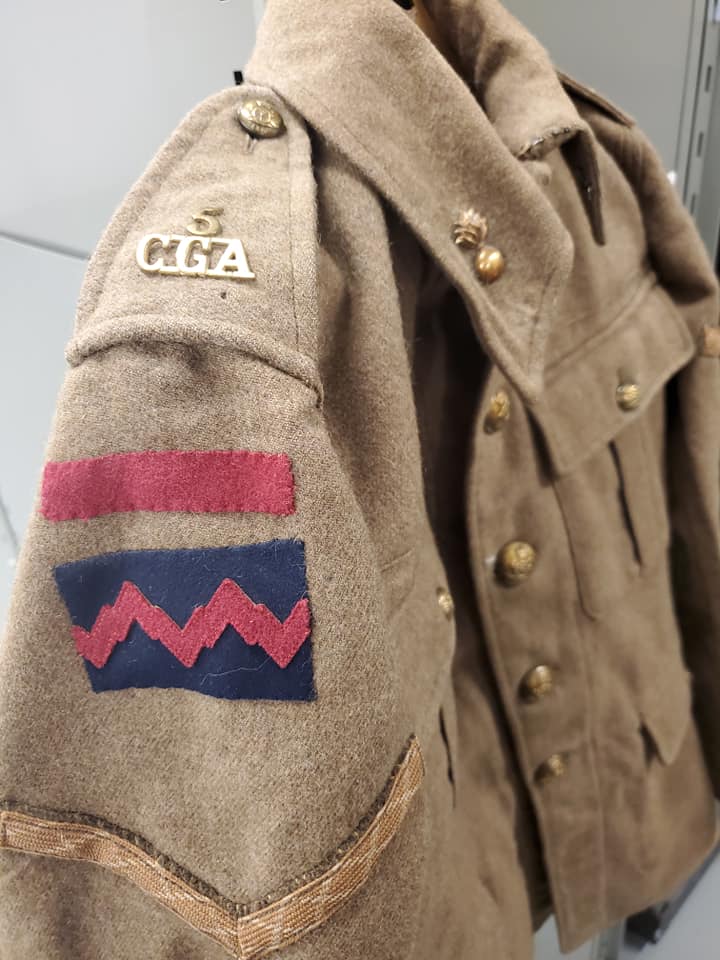 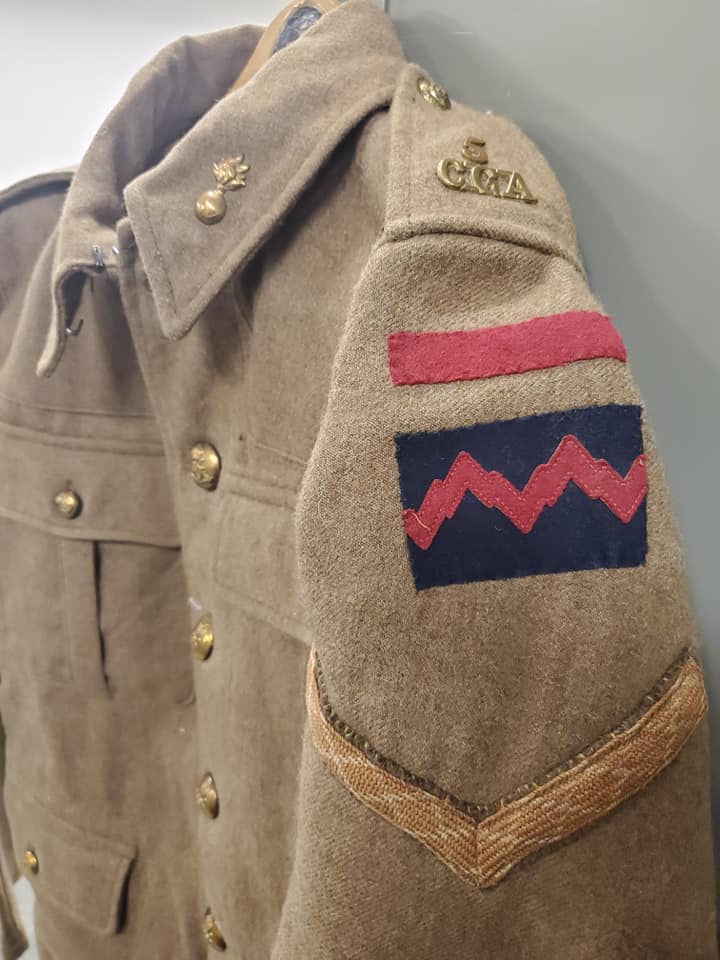 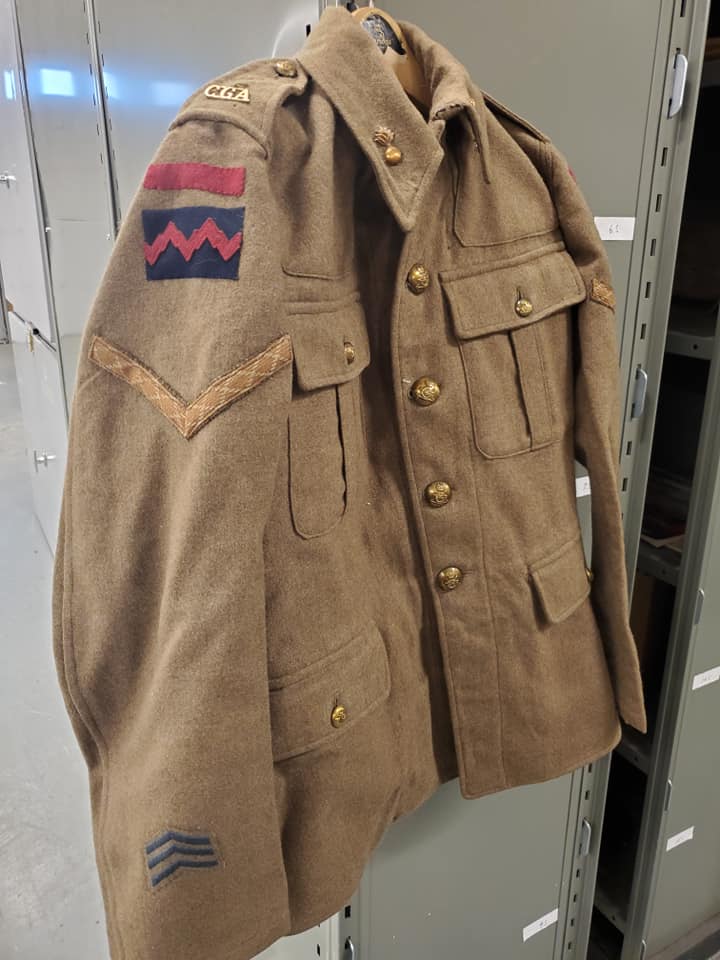 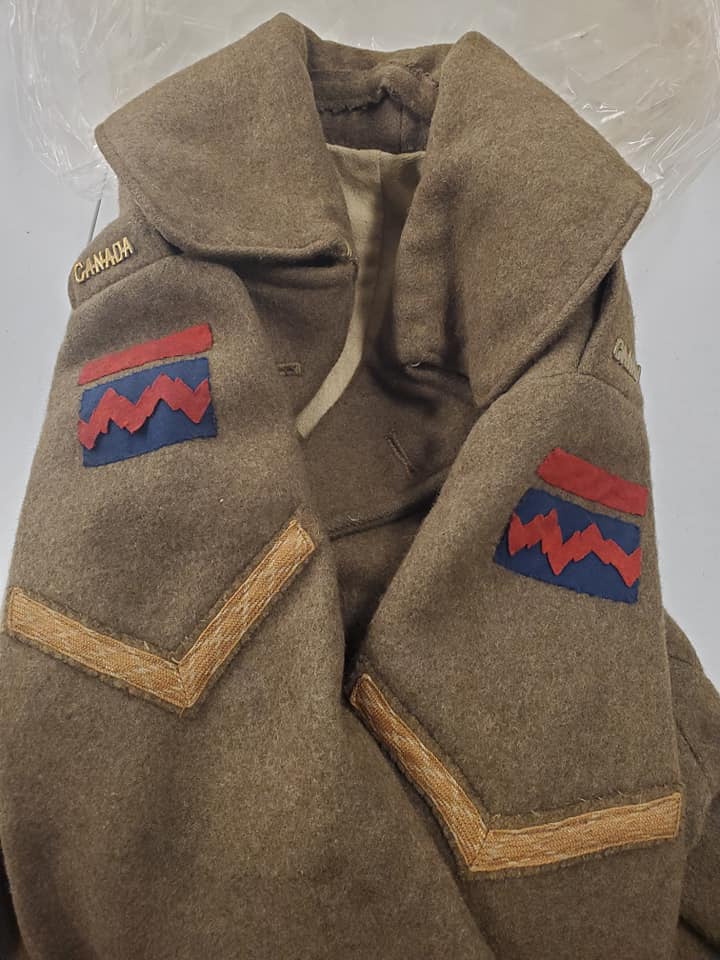 The 5th Canadian Siege Battery, CGA, CEF is proudly perpetuated by the Gunners of the 15th Field Artillery Regiment RCA in Vancouver, B.C
Lists
The following pages contain additional information relating to the 15th Field Artillery Regiment, RCA
Honours and Awards
Trophies
Commanding Officers and Regimental Sergeants Major
Honoraries
Battery Commanders and Battery Sergeants Major
Band Appointments
Nominal Roll
Guns of the Regiment
Memorial Page
Copyright © 2015, 2016, 2017, 2018, 2019, 2020, 2021
Webmaster/editor - Leon Jensen, OMM, CD, Commanding Officer 1998-2001, Regimental Sergeant Major 1986-1988
Additional photos and stories as well as comments regarding errors and omissions would be greatly appreciated. ​
​Have I inadvertently placed personal information of yours on line that you don't approve of?
​Please accept my apologies and contact me at president.vcrgunners@gmail.com and I’ll have it removed.