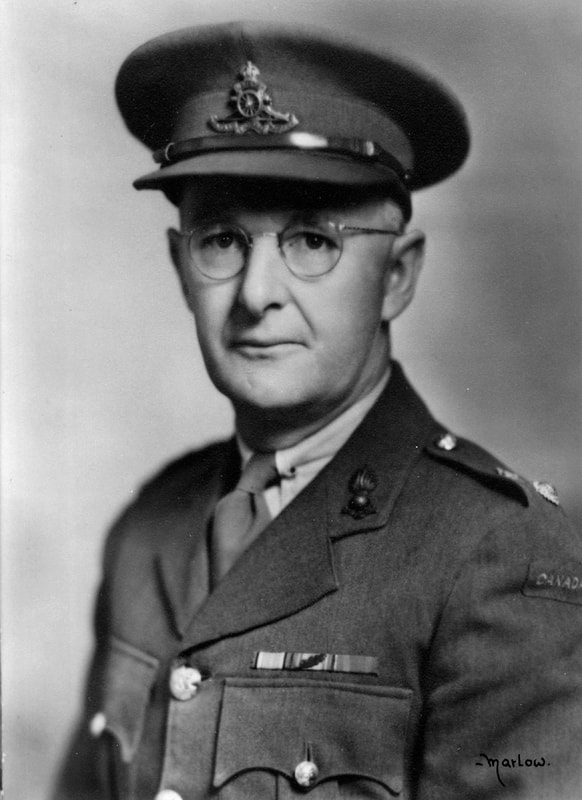 On 19 Jan. 41, the N.C.O.’s qualification course for the rank of Sergeant took place at Bessborough Armouries, the examining board being composed of Officers of the 15th Vancouver Coast Brigade, C.A.S.F. The President was Captain E.A. Royce, and the members, Lt. T.M. Hunter and Lt. K.S. Auer.

On 20 Jan. 41, 2Lt. W.J.C Kirby and Sgt. E.A. Wood went to Canadian Small Arms Training Centre, Lethbridge, the former on a P.T. course, and the latter on a chemical warfare course.

The following appointments of Officers took place during the month:

Lieutenant (P.M.) W.S. Day was transferred to the Reserve of Officers effective 10 Jan. 41.

On 16 Feb. 41, a qualifying examination for D.R.F. specialists was held at Point Grey Fort.

A second Regimental N.C.O.’s course was commenced with special instruction every Tuesday and Friday evenings.

On 27 Feb. 41, Capt. R.P. Wood, R.A., gave a talk to all ranks on “A.A. Defence in the British Isles.” He dealt with the history of Anti-aircraft Units in England since their period of training before the war right up to the present time, and delivered an extremely interesting lecture.

(Exhibit 28 – Part One Orders 22 to 26)
(Exhibit 29 – Part Two Orders 29 to 32)
(Exhibit 30 – Special Orders dated 27 June ’41).
​July, 1941.
On 5th July, practical examinations were held at Point Grey Fort when qualifications as Lieutenants was obtained by 2/Lieutenants H.D. Arnold and D.B. Grant. Cadet H.F. Jones of C.O.T.C. was also successful.
2/Lt. G.E. Lennox was appointed to the Brigade effective 1st July.
On 20th July, the Brigade went to annual camp at Mary Hill. The journey was made on the regular Victoria boat, and the Brigade was met by a convoy of trucks at Victoria, and was driven out to the camp which was situated quite close to the seashore on the opposite side of the bay from the William Head Immigration Inspection Station. The camp was attended by 10 officers and 133 other ranks.
The camp site was very nicely laid out on the side of a hill and the immediate area contained one small field for training purposes and one very large one. Neither of these was very flat, but they were quite satisfactory.
The training consisted almost entirely of basic subjects and there were eight qualified Instructors present throughout the camp so that the Brigade got a very thorough workout sofar as the men were concerned, but the Officers and the Senior N.C.O.’s got comparatively little training in their functions.
Quite a good sports programme was arranged and soft ball and volley ball were the principal games. The Brigade was able to raise quite a good soft ball team which played with fair success against other units in the area. On the Sunday in camp quite a number of games were played including one between Officers and Sergeants.
On 31st July, the General Officers Commanding-in-Chief, Pacific Command, inspected the Brigade. After a formal inspection and march past, the programme consisted of a continuation of the normal syllabus, while the Inspecting Officer visited each group in turn.
Month end strength       -
Officers               -    17
Other ranks        - 228

(Exhibit                 - Part One Orders – Numbers 27 to 34.
Exhibit                 - Part Two Orders – Numbers 33 to 37.
Lists
The following pages contain additional information relating to the 15th Field Artillery Regiment, RCA
Honours and Awards
Trophies
Commanding Officers and Regimental Sergeants Major
Honoraries
Battery Commanders and Battery Sergeants Major
Band Appointments
Nominal Roll
Guns of the Regiment
Memorial Page
Copyright © 2015, 2016, 2017, 2018, 2019, 2020, 2021
Webmaster/editor - Leon Jensen, OMM, CD, Commanding Officer 1998-2001, Regimental Sergeant Major 1986-1988
Additional photos and stories as well as comments regarding errors and omissions would be greatly appreciated. ​
​Have I inadvertently placed personal information of yours on line that you don't approve of?
​Please accept my apologies and contact me at president.vcrgunners@gmail.com and I’ll have it removed.