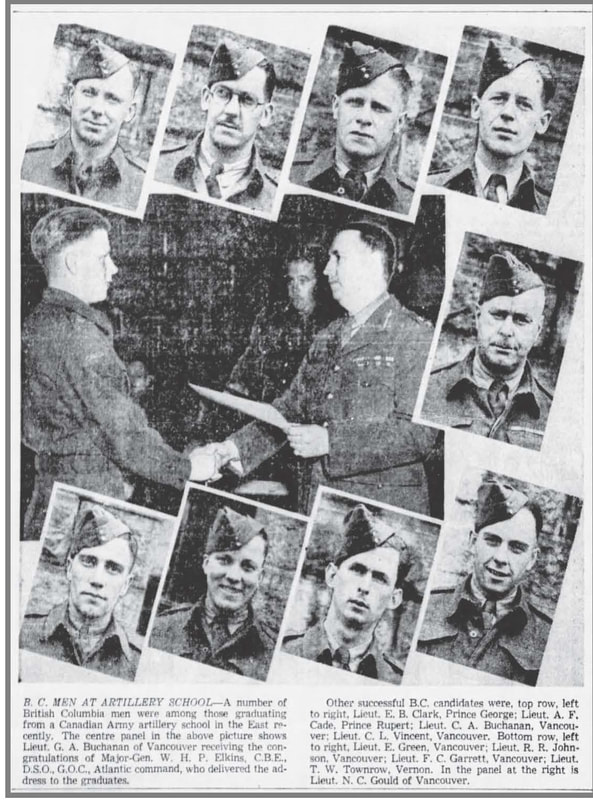 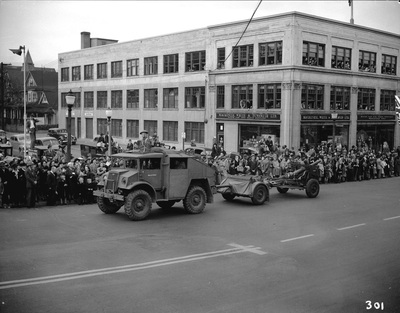 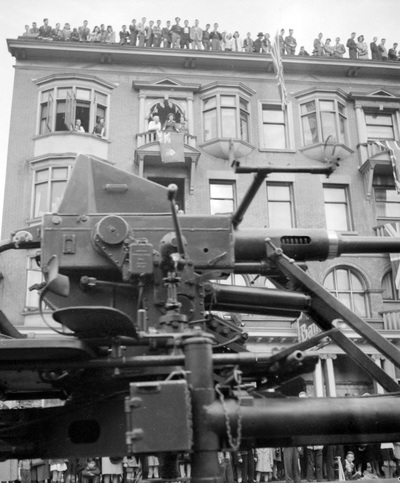 105mm Howitzer
​Popular Mechanics features the new 105mm howitzer that was replacing the 75mm in the US Field Artillery. 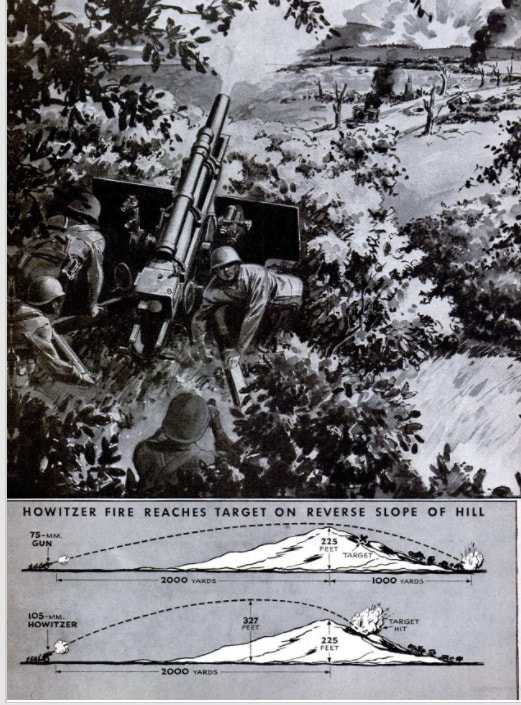 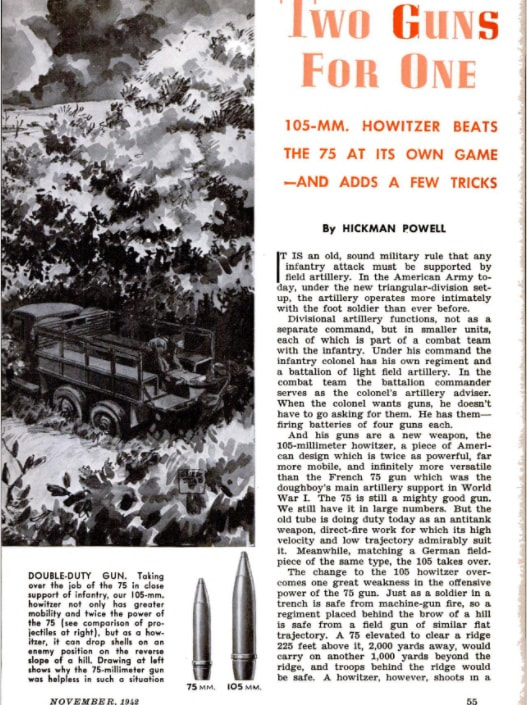 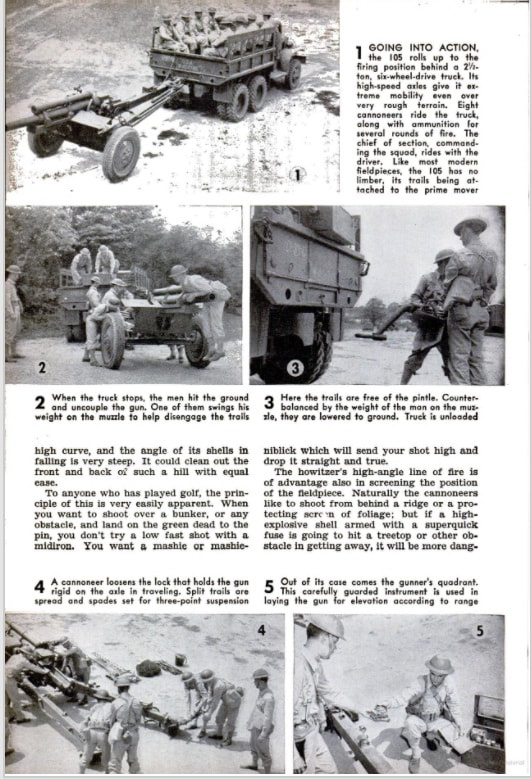 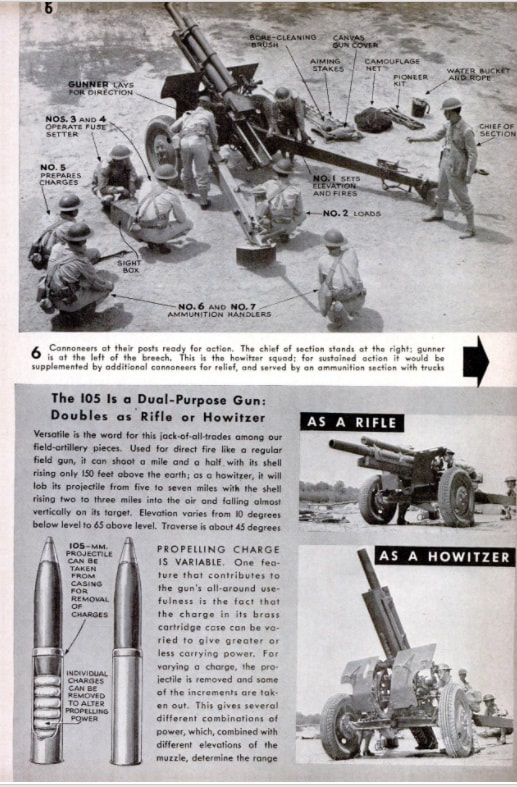 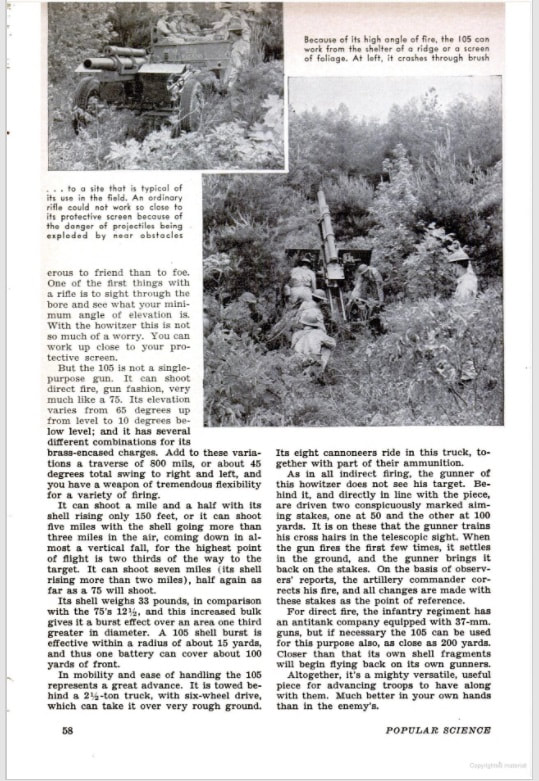 Major Dick Diespecker
Major Diespecker was a former member of 15th (Vancouver) Coast Brigade RCA NPAM who went Active Force in 1940. He subsequently became a 'radio liaison officer' and wrote the following "Prayer for Victory" which was broadcast around the world. A brochure was produced for distribution and members will note the military origins of the photographs.
Obituaries

Gunner Joseph Camile Dessureault
Gunner Dessureault was a Private in the Lincoln Regiment from 1933 to 1935 before being taken on strength as a Gunner with 31st Heavy Battery 15th (Vancouver) Coast Brigade on 26 June 1940. He subsequently transferred to 16th Light Anti-Aircraft Battery, 3 Light Anti-Aircraft Regiment, RCA on 5 September 1940 and was reported missing from Combined Operations (Dieppe) on 22 August 1942. He was declared killed in action effective 19 August 1942 on 14 June 1943 and is buried at Dieppe Canadian War Cemetery.

Captain Henry Arthur Slatter
A well-known Vancouver Bandmaster died Wednesday in the person of Henry Arthur Slatter, 76 of 1047 Melville Street, brother of Captain John Slatter, of Toronto, one of Canada's leading bandmasters.
Henry was born in London, where he was a member of the famous Coldstream Guards. In 1912 he came to Vancouver to take over the bandmastership of the 72nd Highlanders, and when war broke out went overseas with them.
After the war he retrned to Vancouver, and had resided here ever since. He had subsequently been master of various bands, including the Elks Lodge Band.
Until a few years ago Mr Slatter was also engaged in instructing various Indian brass bands up and down the British Columbia coast.
Lists
The following pages contain additional information relating to the 15th Field Artillery Regiment, RCA
Honours and Awards
Trophies
Commanding Officers and Regimental Sergeants Major
Honoraries
Battery Commanders and Battery Sergeants Major
Band Appointments
Nominal Roll
Guns of the Regiment
Memorial Page