VANCOUVER GUNNERS
The Royal Canadian Artillery
​Vancouver, BC
​1941
as at 18 September 2020
15th (Vancouver) Coast Brigade
The Royal Canadian Artillery
​Canadian Active Service Force
The Japanese attack on Pearl Harbour focused attention on the state of the West Coast defences and changes were made to improve their effectiveness. The three searchlights finally arrived and installed while discussion began on swapping the 6" guns from Stanley Park with the 4.7" guns from Yorke Island. Tragically, the Brigade lost two Gunners to drowning.
15th (Vancouver) Coast Brigade
The Royal Canadian Artillery
​Non-Permanent Active Militia
Notification was received early in the year that the designation NPAM would be discontinued, and the army would be divided into “Active” and “Reserve” forces.
1st (Reserve) Anti-Aircraft Regiment
​The Royal Canadian Artillery
Major Edmonds received copies of the latest Fougasse cartoons from his friend Alan Prince. Cyril Kenneth Bird, pen name Fougasse (17 December 1887 – 11 June 1965) was a British cartoonist best known for his work in Punch magazine (of which he served as editor from 1949 to 1953) and his World War II warning propaganda posters. He was seriously injured at the Battle of Gallipoli during World War I and invalided out of the British Army. During World War II, he worked unpaid for the Ministry of Information, designing humorous but effective propaganda posters including the famous "Careless Talk Costs Lives" series. For this work he was awarded the honour of Commander of the Order of the British Empire in 1946.​ 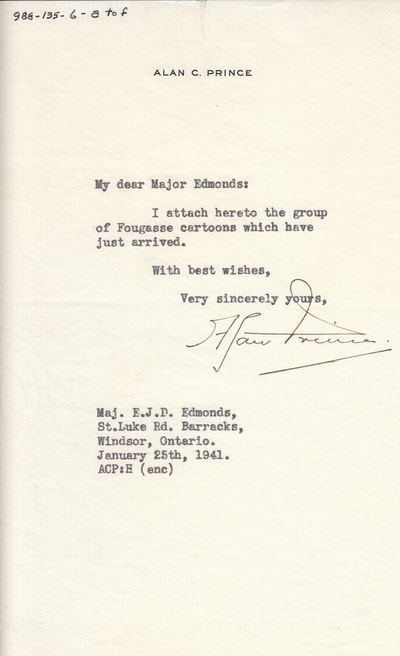 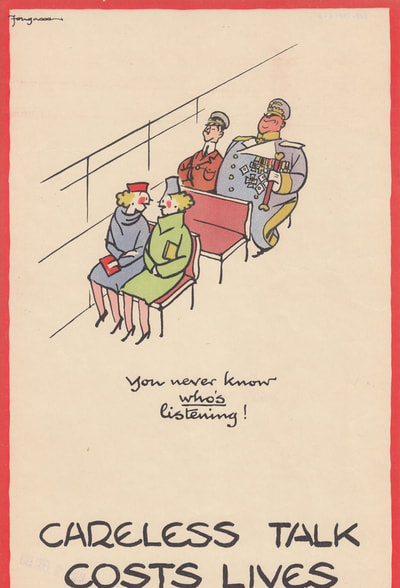 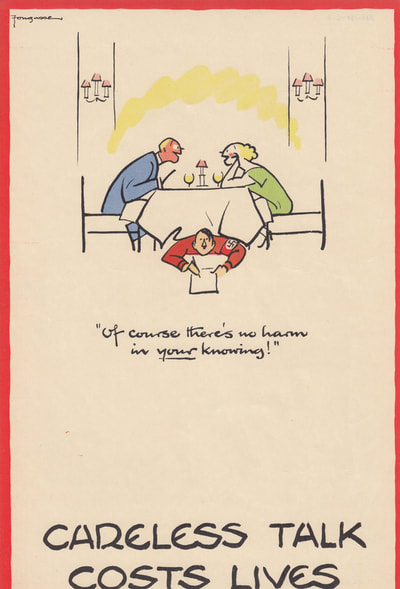 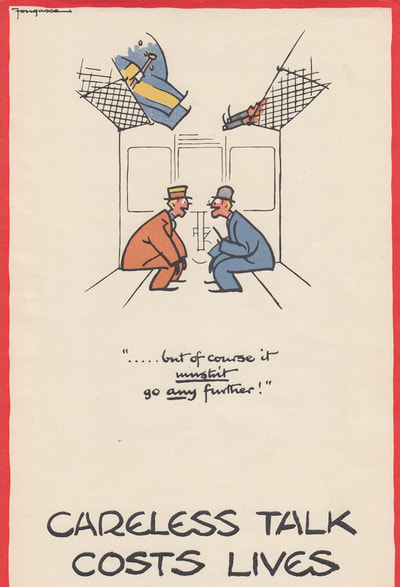 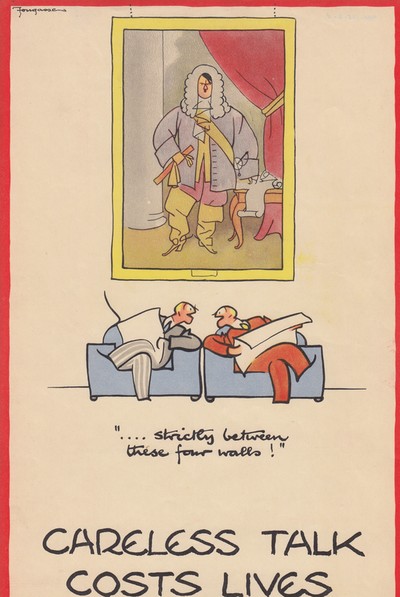 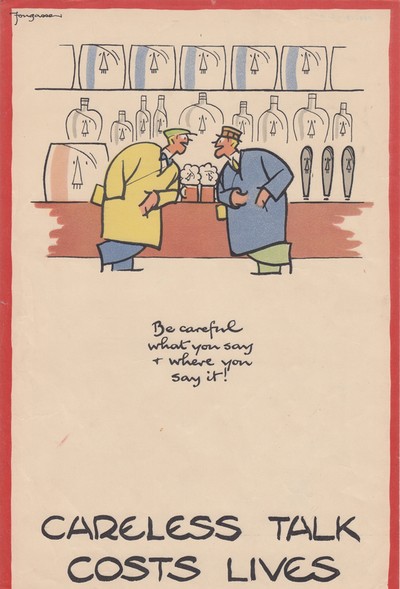 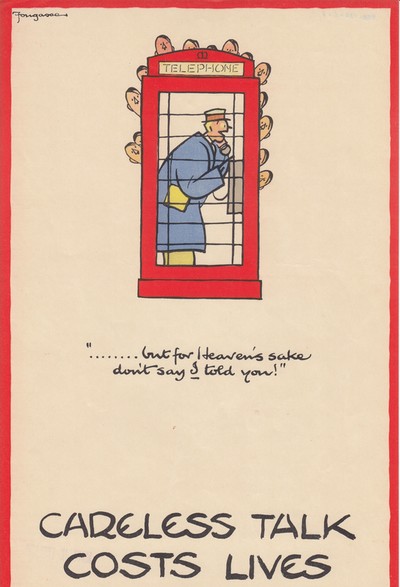 Driver William Thomas Perkins
Sept. 16 at Shaughnessy Hospital, William Thomas Perkins, of 1336 Clyde Ave., West Vancouver, in his 63rd year. Survived by his loving wife; one daughter, Mrs. E. Grisedale, West Vancouver; and one son, E.F. Perkins, Vancouver, also 3 grandchildren. Funeral service Thursday, Sept. 18, at 4:30 p.m. from Mount Pleasant Undertaking Co., under the auspices of Mount Moriah Lodge No. 102, A.F. & A.M. , to the Masonic Cemetery, Burnaby.
Driver Perkins enlisted with the 68th Overseas Depot Battery  21 February 1916 and served in France and Belgium with ​the 4th (later 5th) Canadian Division Ammunition Column.
Unknown
The one who killed himself in Vancouver did so at Stanley Park in the autumn of 1941. The soldier had beaten up a man he had found in his girlfriend's apartment. When she gave him the choice of apologizing to the victim or of never seeing her again, he decided to shoot himself. In the concrete "O-Pip" which housed the searchlight directing station and battery command post as well as the signals room where he was on duty, he propped a rifle against the wall and, by pressing the trigger with a stick, shot himself through the heart.
Vancouver Defended, Peter Moogk, Pg 105 Nelson Darling who, as adjutant, participated in the investigation of this suicide, furnished most of the details.
Lists
The following pages contain additional information relating to the 15th Field Artillery Regiment, RCA
Honours and Awards
Trophies
Commanding Officers and Regimental Sergeants Major
Honoraries
Battery Commanders and Battery Sergeants Major
Band Appointments
Nominal Roll
Guns of the Regiment
Memorial Page