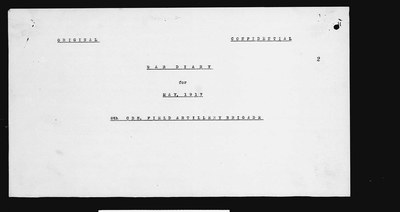 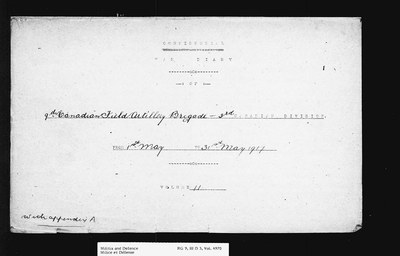 Handwritten margin note: What did they get – GSCMs? 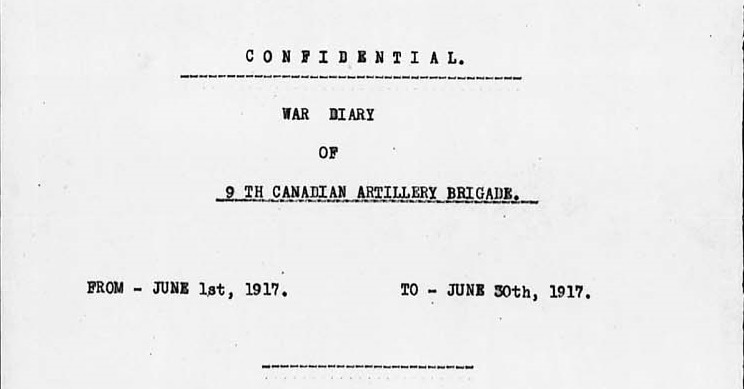 2 June 1917 – Visibility good. At 4.05 a.m. enemy barraged our line in T.2.c and d. We immediately retaliated and silenced him. Artillery activity on both sides normal today.
3 June 1917 – Visibility fair. The Division on our Left attacked at 12 Midnight, last night, and our barrage was reported as good. Heavy resistance was met with and final objective was not gained. As soon as our barrage opened, enemy laid down a counter-barrage on our Group Front and it was some minutes before he realized his error and switched over to our Left.
During today enemy artillery has been sub-normally quiet.
4 June 1917 – Visibility: misty in morning, good in afternoon. Considerable movement was reported in the back country by our F.O.O’s and Heavy Artillery took on a number of these targets with good effect.
Artillery activity on both sides below normal today. Very little aerial activity was engaged in by either the enemy or ourselves.
9 June 1917 – Visibility fair. Enemy Artillery active, special attention being paid to VIMY, probably in an effort to damage our Batteries. Aerial activity was engaged in by both sides.
11 June 1917 – Visibility poor in morning, fair in afternoon. Enemy Artillery has been unusually inactive. A very quiet day on both sides.
13 June 1917 – Visibility poor. Today has been very quiet and there has been practically no enemy shelling.
Lists
The following pages contain additional information relating to the 15th Field Artillery Regiment, RCA
Honours and Awards
Trophies
Commanding Officers and Regimental Sergeants Major
Honoraries
Battery Commanders and Battery Sergeants Major
Band Appointments
Nominal Roll
Guns of the Regiment
Memorial Page