VANCOUVER GUNNERS
25 Pounder Training - 16 April 2016
Luckily for the Association we do have a member that actually worked on the 25 Pounder. Former Honorary Colonel John Brownlee-Baker provided some great insights into the gun. Now, just for clarification, it's not that John is that old, rather it's the fact that John served in the Royal Artillery which replaced the 25 Pounder at a much later date than Canada. A much, much later date.
The afternoon was mostly spent on instruction. How does the breech mechanism operate? How does the trigger assembly fit? Check out the photos and you'll see Darren Kostinuk, Bob Mugford, Ernie Kovacs, Doug Loney, Tony Gee, John Brownlee-Baker, Leon Jensen, Don Foster and Bill Ingram. (Okay, Bob's a little shy and stayed behind the camera!)
Don is a Director with the Juno Beach Foundation who's father served with the 43rd Battery, 12th Field Regiment RCA and landed on Juno Beach 6 June 1944. Bill Ingram is an avid military vehicle collector who would like to participate with the detachment.​ 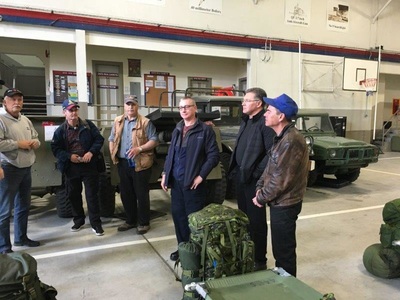 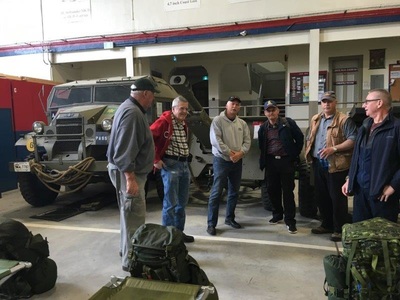 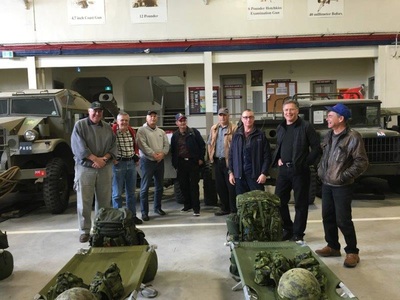 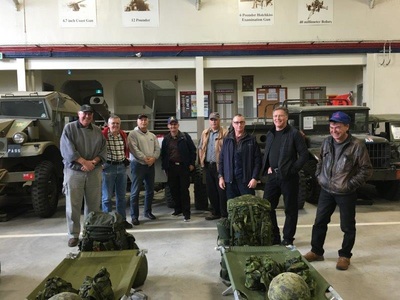 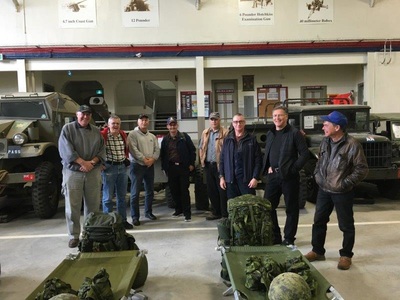 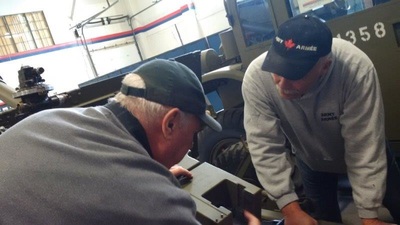 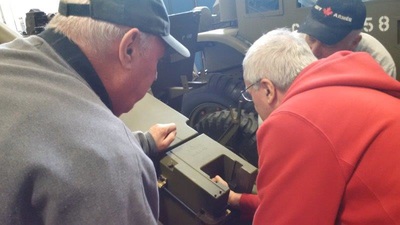 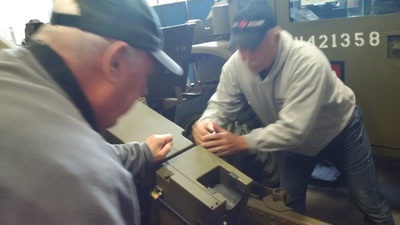 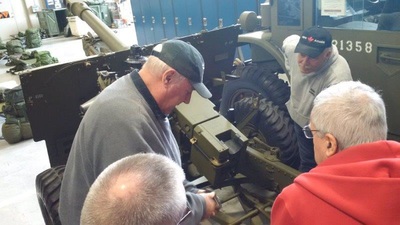 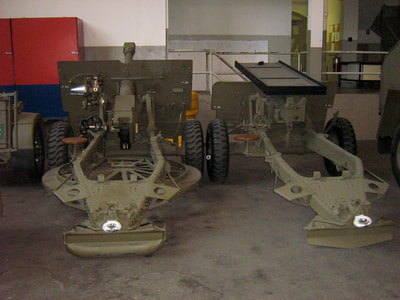 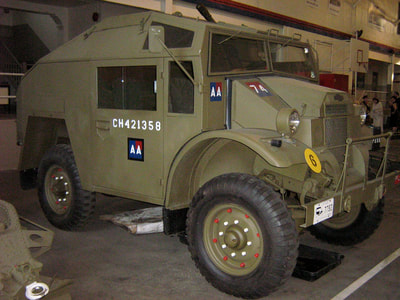 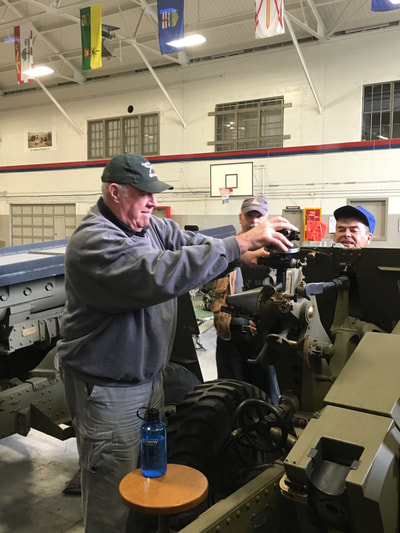 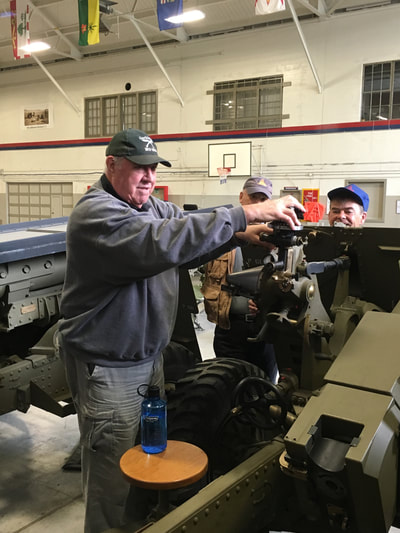 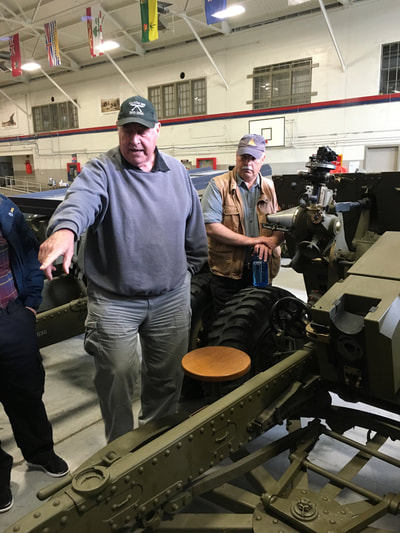 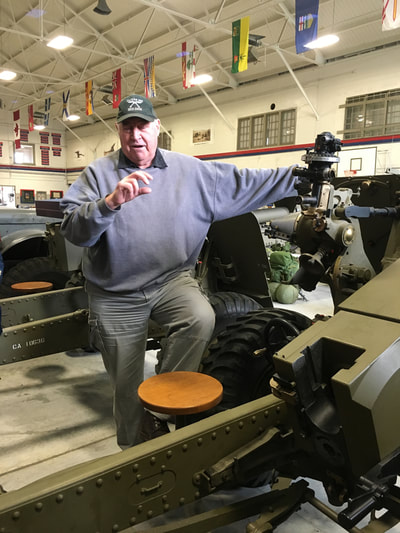 Back to 2016
Copyright © 2015, 2016, 2017, 2018, 2019, 2020, 2021
Webmaster/editor - Leon Jensen, OMM, CD, Commanding Officer 1998-2001, Regimental Sergeant Major 1986-1988
Additional photos and stories as well as comments regarding errors and omissions would be greatly appreciated. ​
​Have I inadvertently placed personal information of yours on line that you don't approve of?
​Please accept my apologies and contact me at president.vcrgunners@gmail.com and I’ll have it removed.