VANCOUVER GUNNERS
9 Pounder - Halifax - Veterans Memorial Park
All that remains of this  9 Pounder Mark II is the barrel which is mounted on a wood stand in the Veterans Memorial Park on the corner of York Street and Victoria Road.
​Photo by Terry Honour as shown on http://silverhawkauthor.com by Harold A. Skaarup. 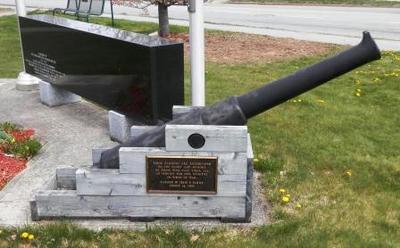 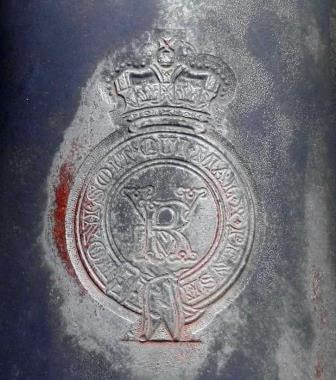 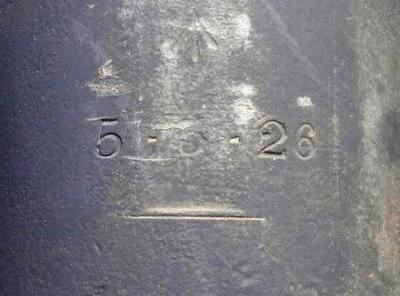 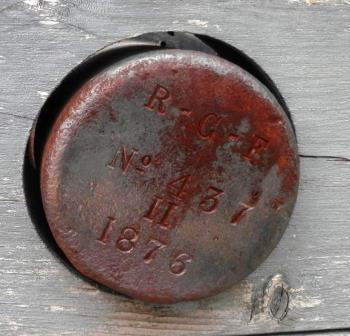 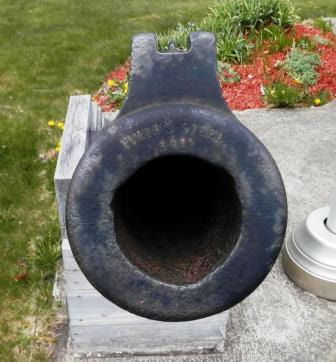 Cypher, stamps and other markings - The barrel is engraved with Queen Victoria's cypher (1837 - 1901). the numbers close to the breech (5-3-26) represent the weight of the barrel (hundredweight-quarters-pounds) which would be equivalent to 670 lbs / 305 kg. The arrow indicates it has been proofed and accepted for service. The trunnion is stamped R-G-F  No 437  II 1876 which would indicate that it is serial number 437 manufactured in 1876 in the Mark II design. The end of the barrel is stamped Firth's Steel 4482 which indicates manufacture by Thomas Firth and Sons.
Wheels - None.
Gun Stores - None.
Back to 9 Pdr Club