VANCOUVER GUNNERS
9 Pounder - Oromocto - Sir Douglas Hazen Park
9 Pounder, Mark I, 8-cwt, Rifled Muzzle Loader for Land Service. A gun of this type was used in the North West Rebellion, 1885. The gun is located in Oromocto at Camp Hughes Sir Douglas Hazen Park. ​
​Photos and information are from  http://silverhawkauthor.com by Harold A. Skaarup.
Front, side and rear view - This 9 pounder appears in reasonably good shape given its exposure to the weather. The frame. rests on a concrete block. 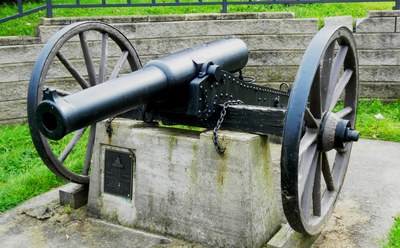 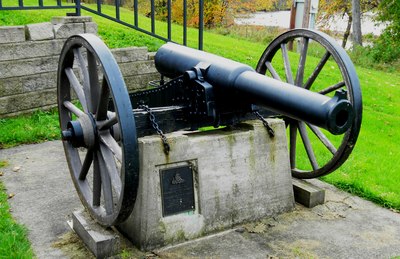 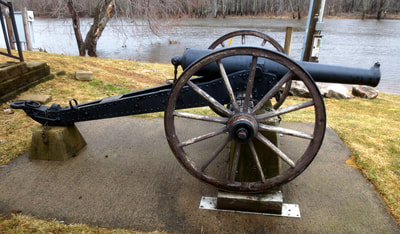 Cypher, stamps and other markings - The numbers close to the breech (8-1-8) represent the weight of the barrel (hundredweight-quarters-pounds) which would be equivalent to 932 lbs. The trunnion is stamped Sir W.G. Armstrong and Co No 2357  I 1873 which would indicate that it is serial number 2357 manufactured in 1873 in the Mark I design. 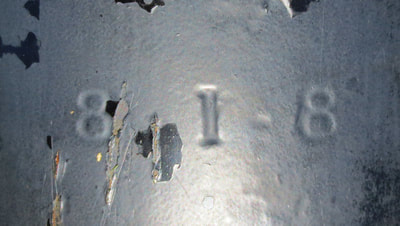 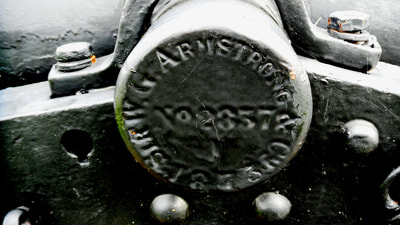 Wheels - Reconstructed with material that does not match the original design.
Gun Stores - None.
Back to 9 Pdr Club