VANCOUVER GUNNERS
9 Pounder - Edmonton - Debney Armoury
The Alberta Field Force of the North West Canada Rebellion was armed with one 9 Pounder, Mark I, 8-cwt, Rifled Muzzle Loader for Land Service. This belonged to the North West Mounted Police at Fort McLeod, Alberta. The gun, and its crew were attached to the column under the command of General Strange, and was used during the pursuit of Big Bear's band prior to, and at the battle of Frenchman's Butte. It is now being housed at the Debney Armoury although it belongs to the Royal Canadian Mounted Police.
Information provided from Scona at http://victorianwars.com 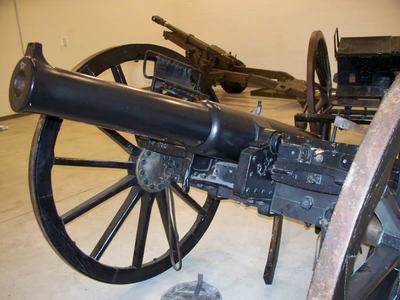 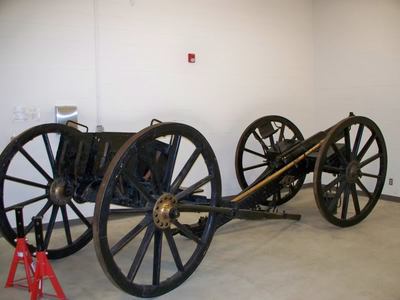 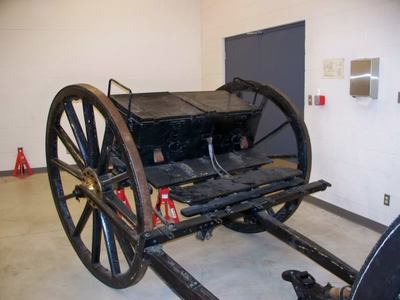 Front, side and rear view - This 9 Pounder is in excellent condition with Gun Limber and a large set of gun stores. 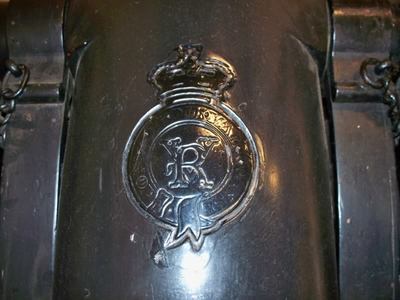 Cypher, stamps and other markings - The barrel is stamped with Queen Victoria's cypher (1837 - 1901). Weight and RGF No. unknown. 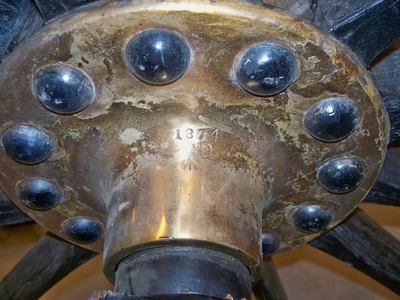 Wheels - The wheels appear to be of original style.
Gun Stores - The gun appears equipped with​ gun limber, rammer and sponge bucket. Additional stores unknown.
Back to 9 Pdr Club