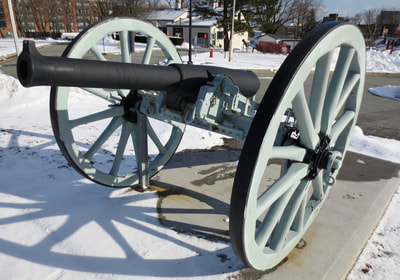 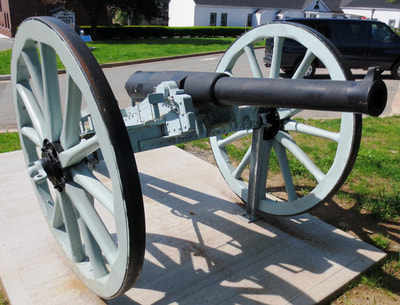 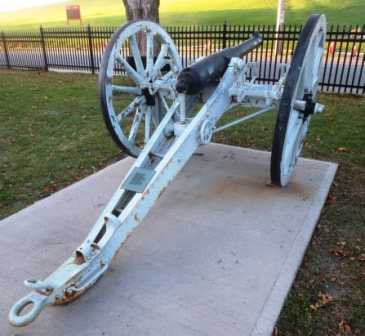 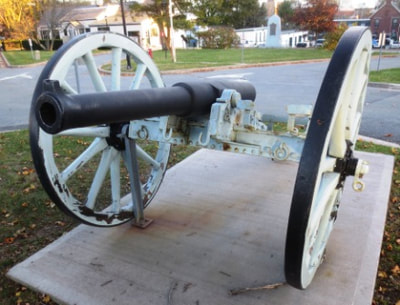 Front, side and rear view - 9 Pounder No 399 is in fairly good shape considering its exposure to the elements. There are no seats and it is doubtful if there are gun stores. 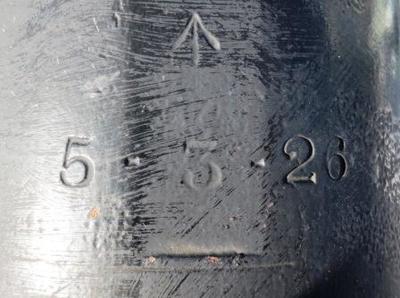 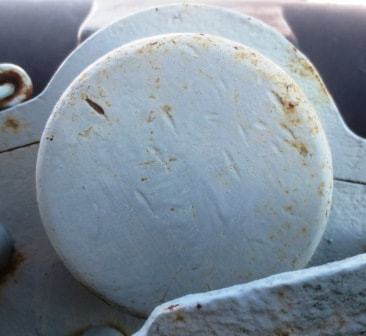 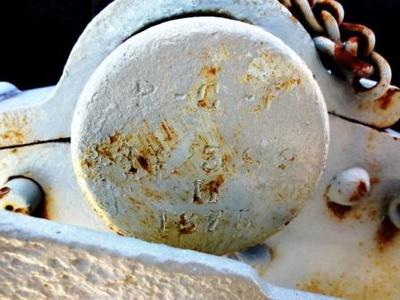 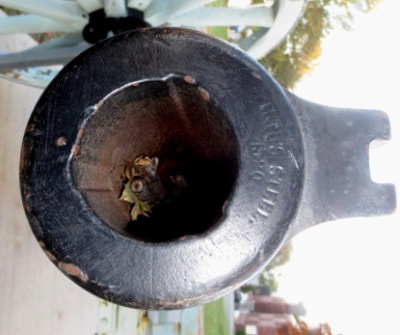 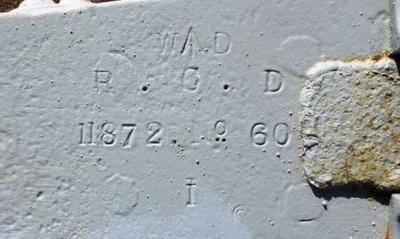 Cypher, stamps and other markings - The barrel is stamped with Queen Victoria's cypher (1837 - 1901). The numbers close to the breech (5-3-26) represent the weight of the barrel (hundredweight-quarters-pounds) which would be equivalent to 670 lbs. The arrow indicates it has been proofed and accepted for service. The trunnion is stamped R-C-F  No 399 II 1875 which would indicate that it is serial number 399 manufactured in 1875 in the Mark II design. The end of the barrel is stamped Firth's Steel 4320 which indicates manufacture by Thomas Firth and Sons.
Wheels - The wheels appear to be of original configuration.
Gun Stores - Not known.
Back to 9 Pdr Club