VANCOUVER GUNNERS
​Abbotsford Police Department Funeral
Chief Warrant Officer Rob Wishnicki assisted the Abbotsford Police Department in planning, coordinating, training and executing a full state funeral with honors for Constable John Goyer. Constable Goyer’s death from Amyotrophic Lateral Sclerosis (ALS), the fatal illness commonly known as Lou Gehrig's disease, was deemed is being attributed to the on-the-job fight he was involved in 4½ years earlier.
The  funeral consisted of over 800 men and women of local and international police forces on parade. Chief Warrant Officer Wishnicki trained the men and women on all aspects of drill including training the parade marshal, the bearer party, escort and guard and sentries. They were instructed in the proper way to fold and present the national flag and the sequence for all aspects of the funeral.
The funeral received extensive media coverage and they were recognized locally for what was considered an incredible parade. Many local political leaders and other agencies were very impressed with it. For his part in the funeral, the RSM received an invitation to attend their Police Dinner on 13 Oct 2016. A poignant part of the dinner was when the toast to their fallen included all the names of CF personnel that had been killed in Afghanistan to date.
The photograph includes Sergeant Rick Stewart, Constable Karen Burridge, Chief Warrant Officer Rob Wishnicki, Constable Ian Parks and Constable Ryan Reed with the presentation given to Chief Warrant Officer Wishnicki. 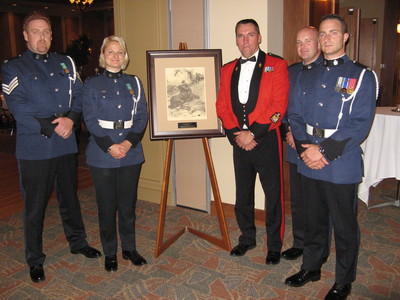 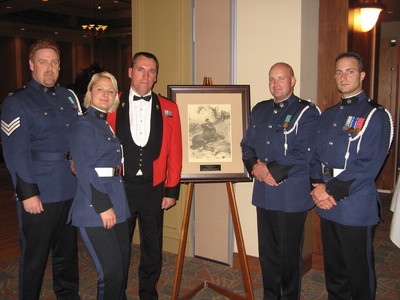 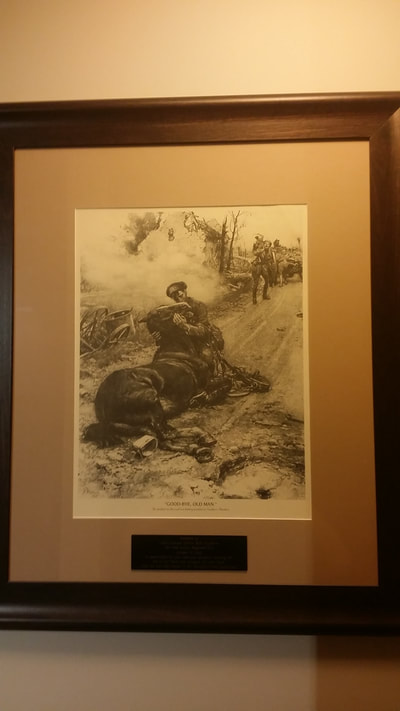 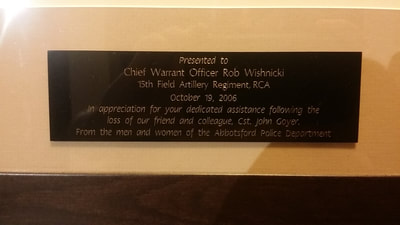