VANCOUVER GUNNERS
Albert Head 1964
The unit forms up outside the barracks prior to heading off to the rifle range. Battle Dress with puttees. Good thing we had our ponchos to lay on.
​The 1953 Deuce and a half. They're almost brand new! The 105mm C1A1 howitzers parked outside the barracks at Camp Albert Head.
​The shooting was offshore to a floating target. No direct hits allowed! Appears to be Bombardier Eric Tyldesley-Gore on Number 2 position Alternating with Lance Sergeant Al Yelland.
The guns might not be camouflaged, but there is a treeline to hide the 3/4 T command post vehicle and at night there's the barracks with the guns parked outside. 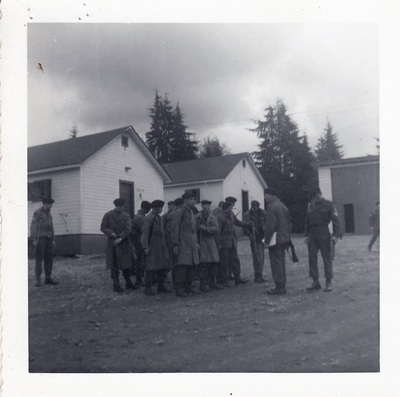 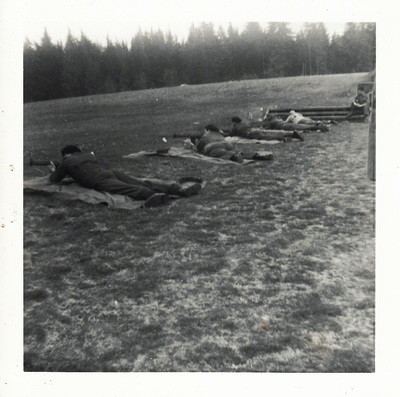 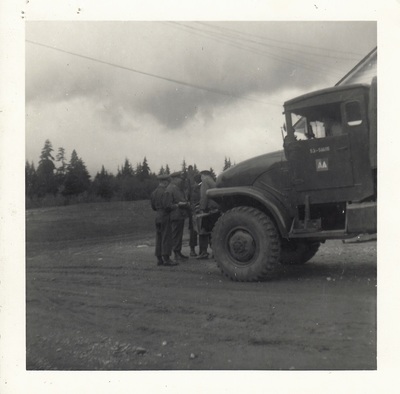 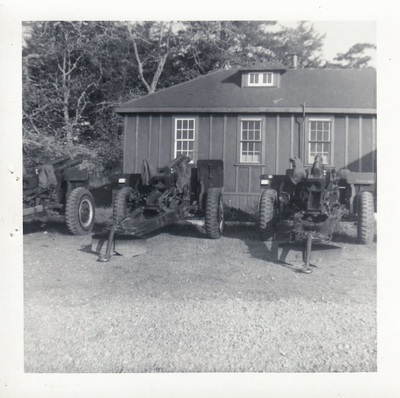 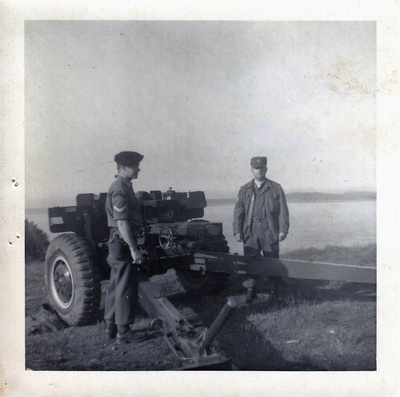 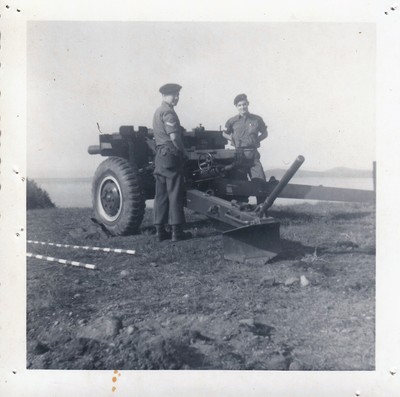 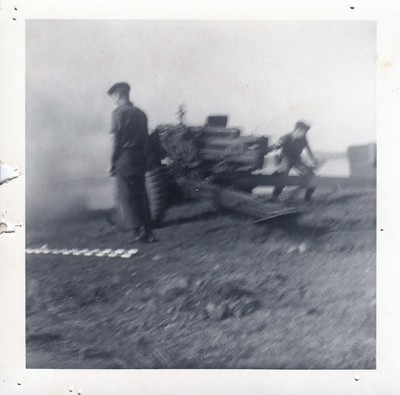 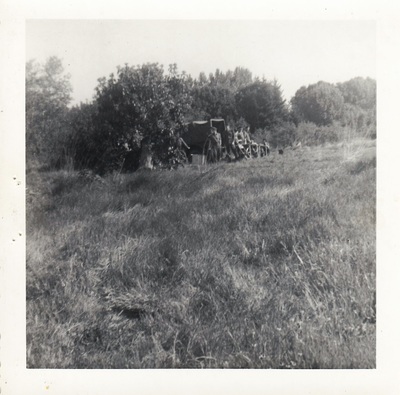 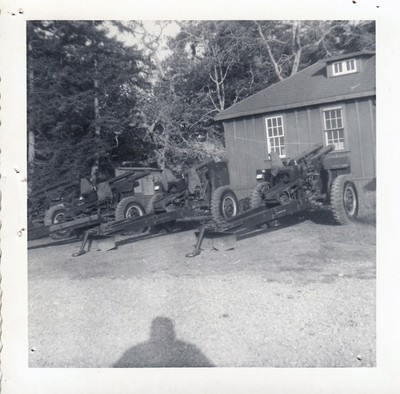 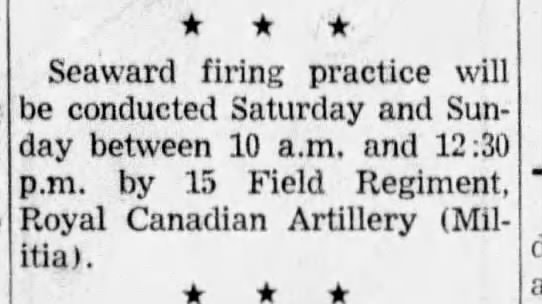