VANCOUVER GUNNERS
Change of Command Parade
As customary, the Outgoing Commanding Officer, Lieutenant-Colonel William (Bill) T. Wickett  takes over the unit on parade one last time and provides the General Salute for the Reviewing Officer prior to turning the Regiment over to Lieutenant-Colonel Stuart McDonald. ​​The unit is inspected by Area Commander Brigadier General Herb Hamm accompanied by the Battery Commander, Major Martin Casey, the incoming Commanding Officer and the outgoing Commanding Officer.  Gunner Steve Darragh, Gunner Colin Parkinson and the Drum Major Chief Warrant Officer Jimmy Hamilton can also be seen in the photo. 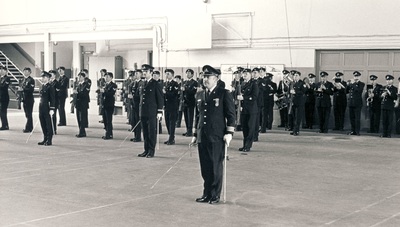 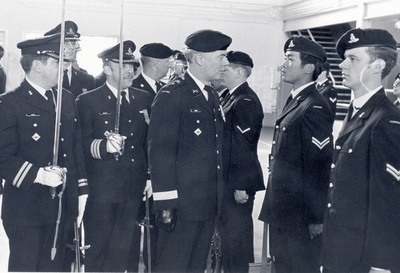 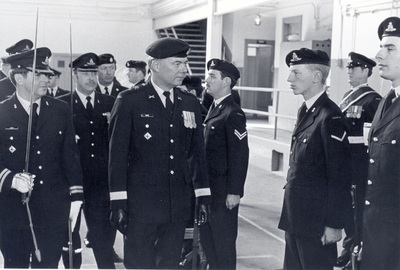 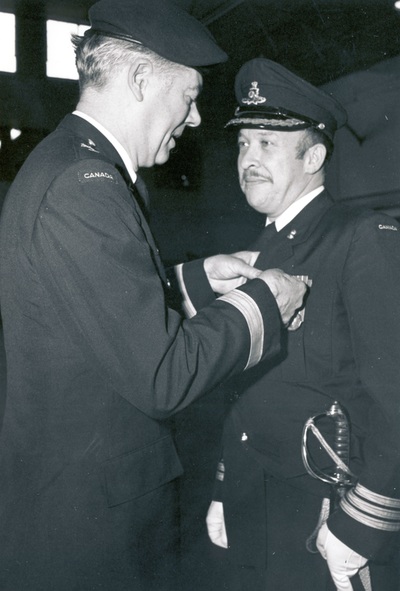 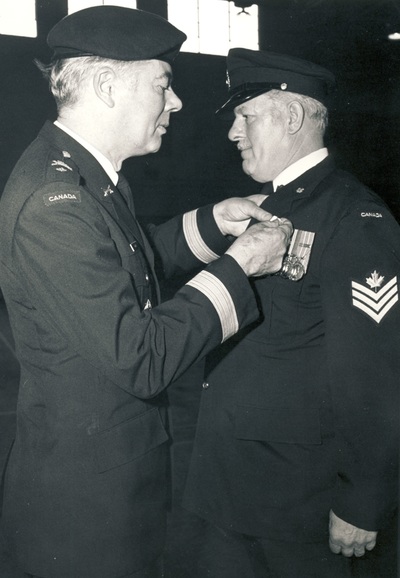 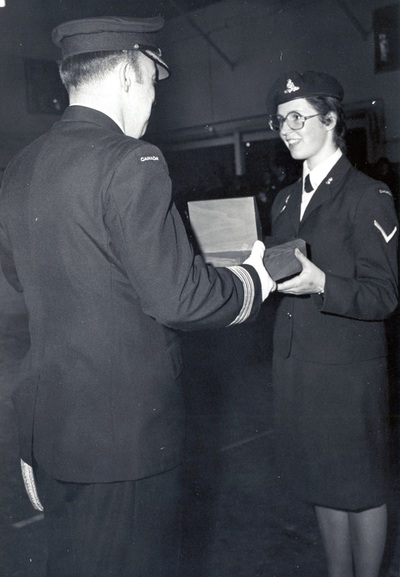 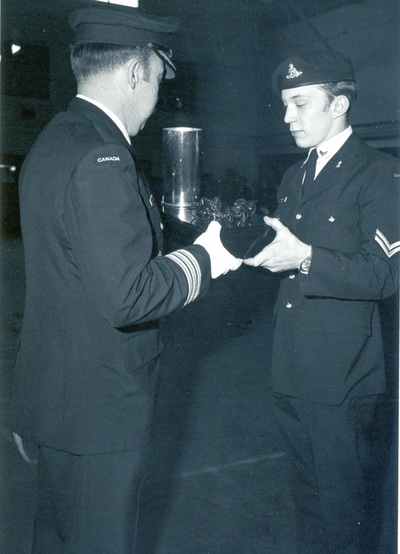 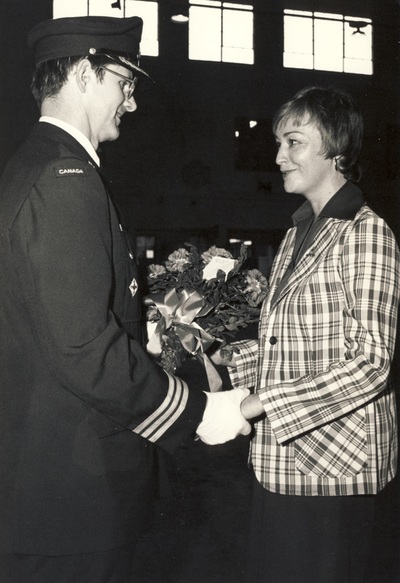 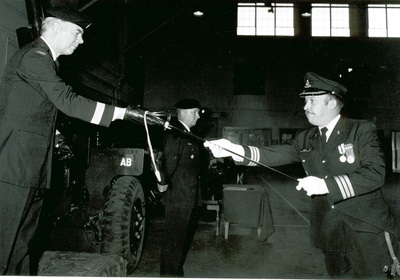 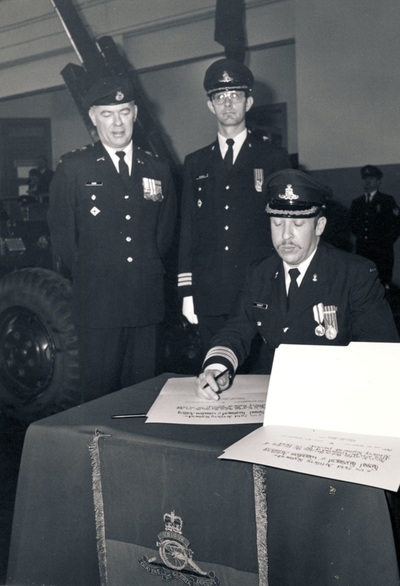 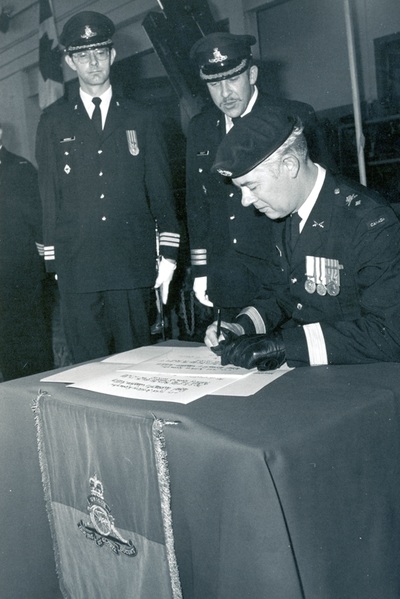 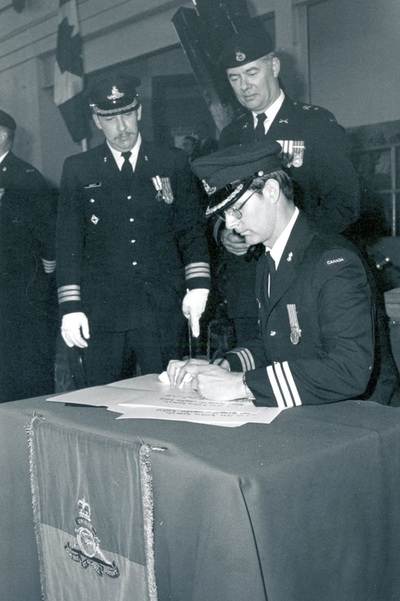 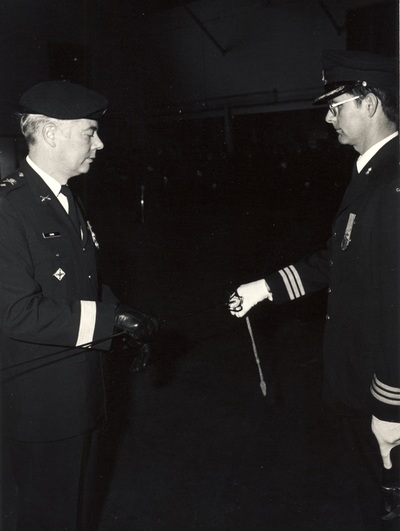 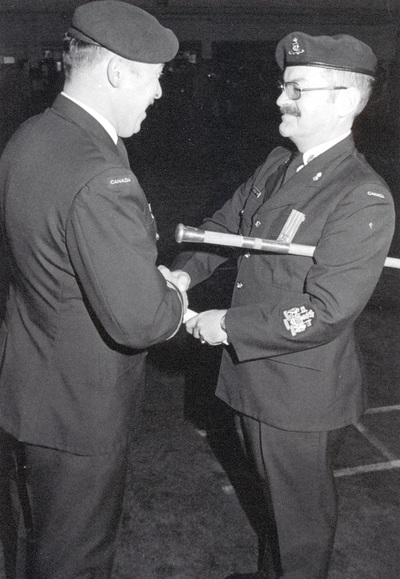 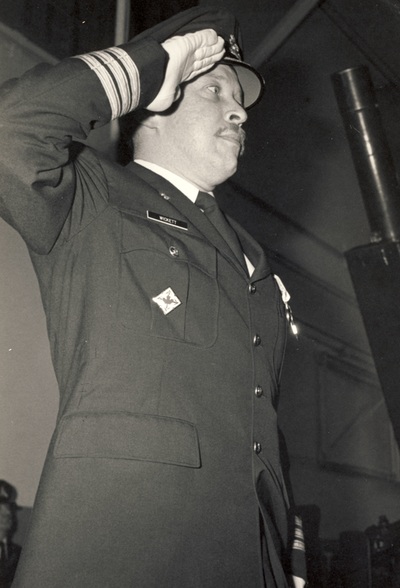 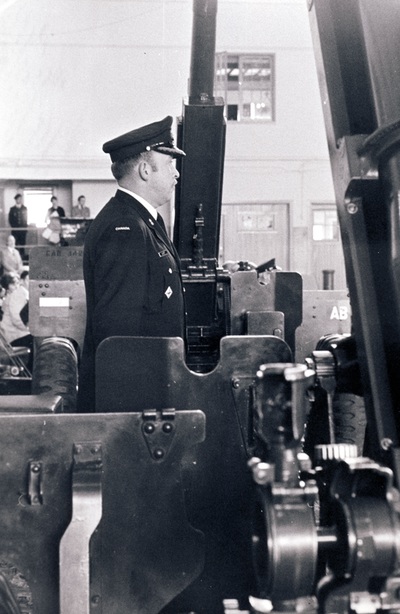 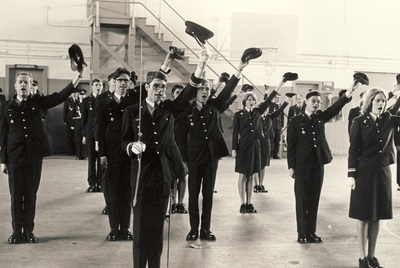 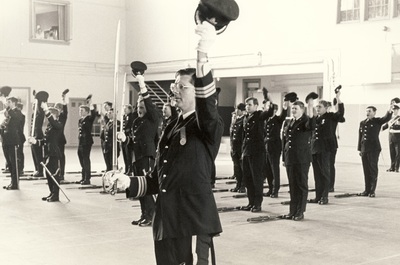 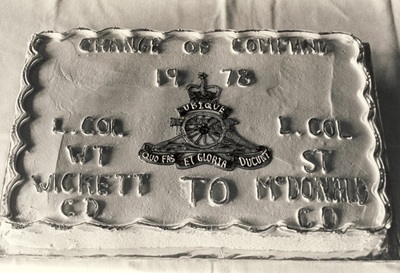 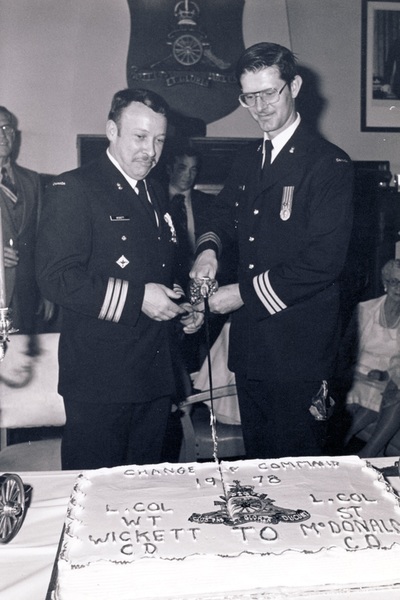 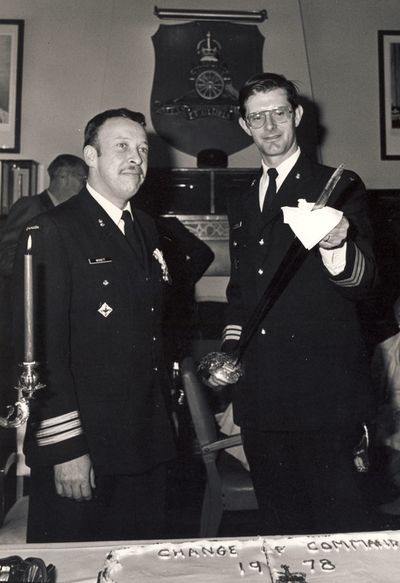 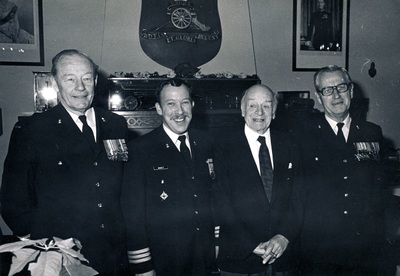 Back to 1978
Copyright © 2015, 2016, 2017, 2018, 2019, 2020, 2021
Webmaster/editor - Leon Jensen, OMM, CD, Commanding Officer 1998-2001, Regimental Sergeant Major 1986-1988
Additional photos and stories as well as comments regarding errors and omissions would be greatly appreciated. ​
​Have I inadvertently placed personal information of yours on line that you don't approve of?
​Please accept my apologies and contact me at president.vcrgunners@gmail.com and I’ll have it removed.