VANCOUVER GUNNERS
Change of Command Parade
The change of command takes place from Lieutenant-Colonel Dan Kuhn to Major James Barrett on 11 Sep 2007. The parade follows the standard artillery format. The Regimental Sergeant Major turns over the parade to the Adjutant, who turns the parade to the Second in Command before the outgoing Commanding officer takes command for his final time. After the presentations and signing ceremony, Lieutenant-Colonel Kuhn departs and Major James Barrett marches the Regiment past the Reviewing Officer. 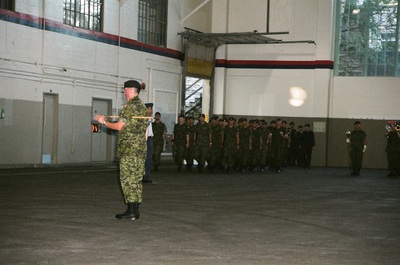 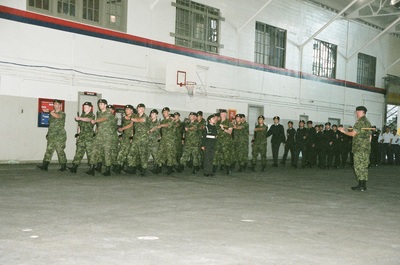 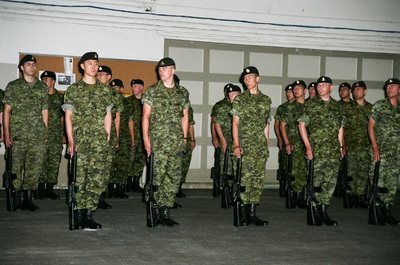 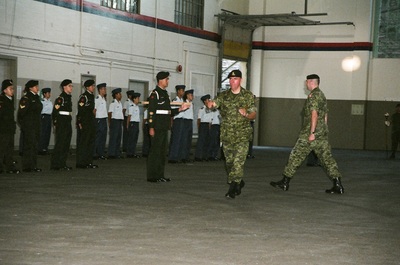 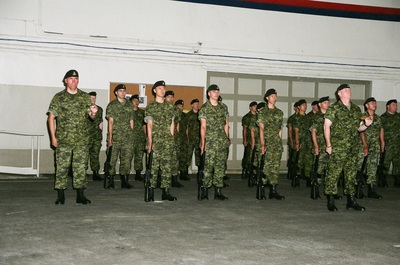 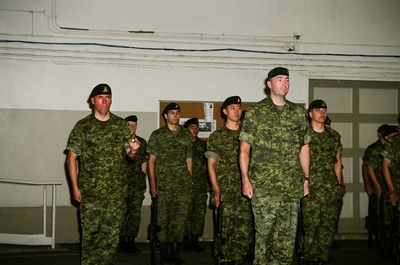 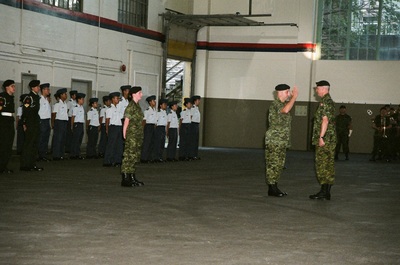 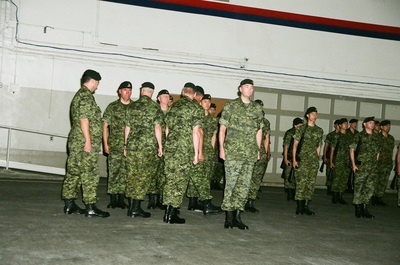 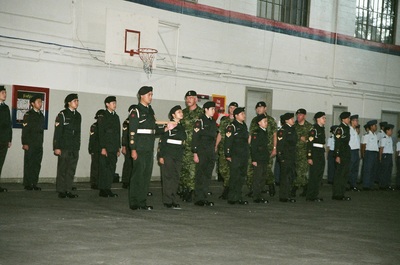 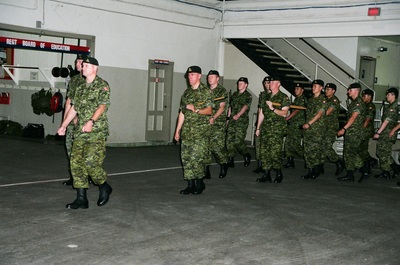 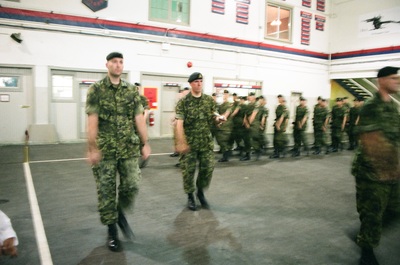 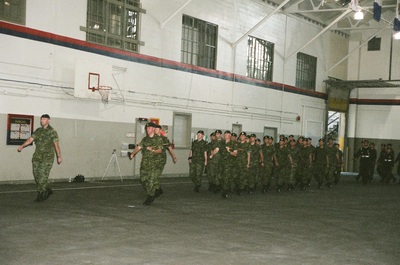 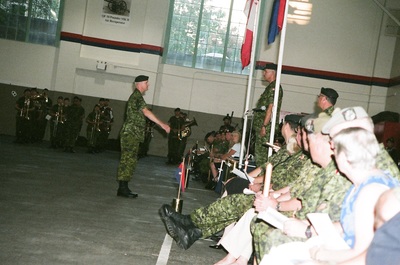 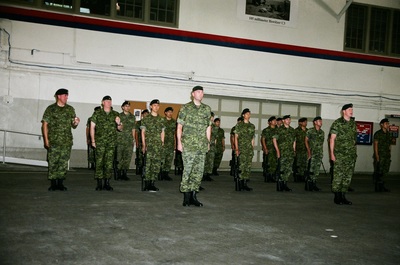 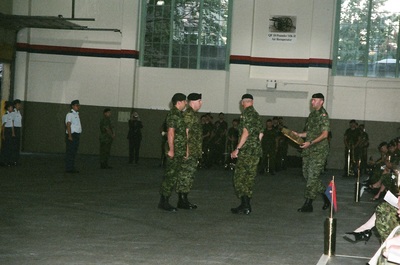 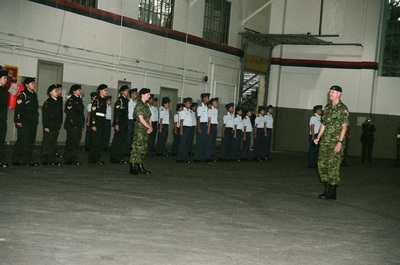 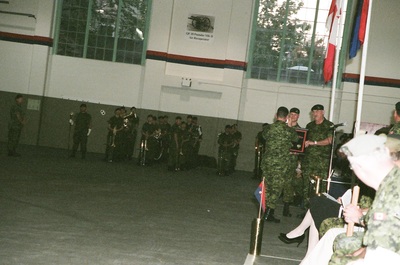 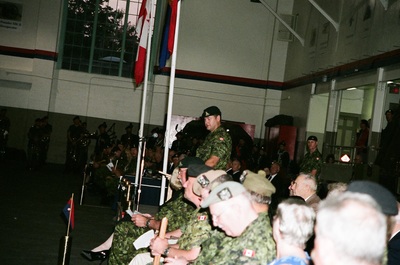 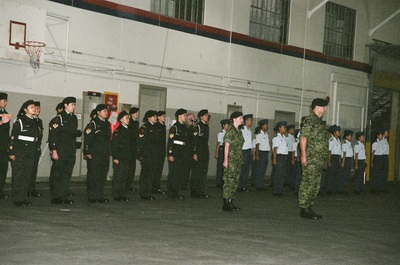 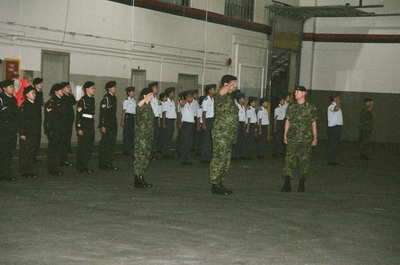 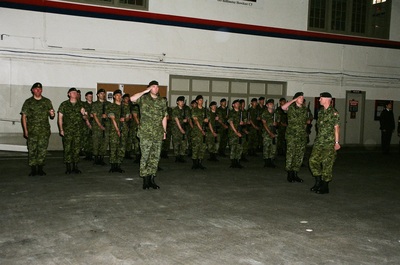 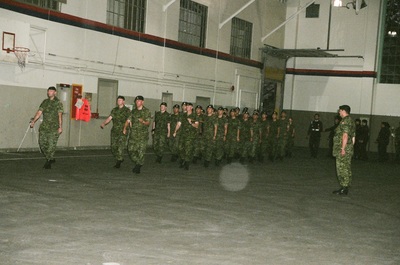 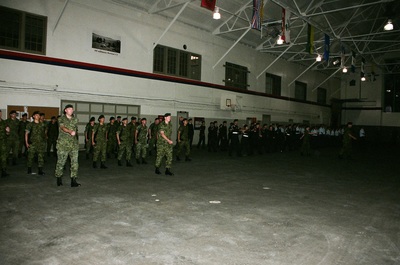 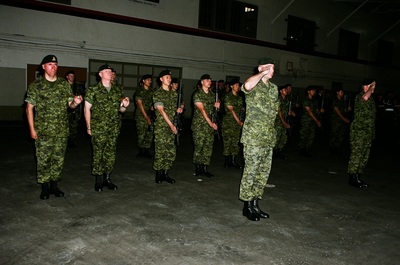 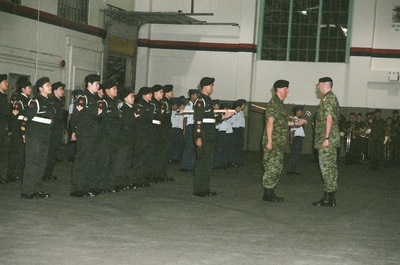 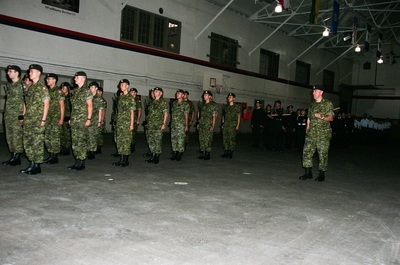 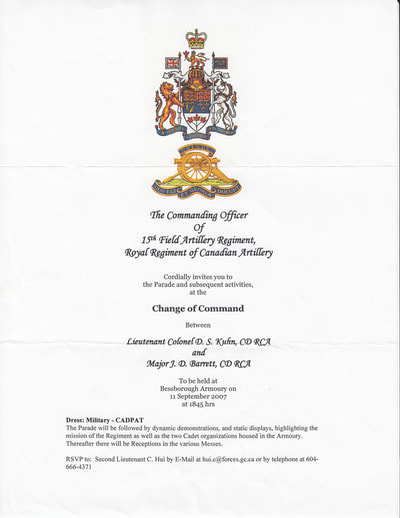 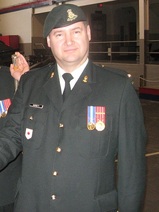 Major James Barrett CD
11 Sep 2007        Major James Barrett, CD appointed Commanding Officer.
Major Barrett was born in Vancouver, BC, in 1956, where he completed High School in 1974, a two year college diploma in 1976, and a Bachelor of Education (Secondary) Degree at the University of British Columbia in 1979.  Major Barrett enrolled in the Primary Reserves in 1982 as a Private Soldier in The British Columbia Regiment (Duke of Connaught’s Own) [BCR], where he completed his Basic and Recruit training and served as a Trooper.
Trooper Barrett was then commissioned in the fall of 1982 as a Second Lieutenant, and for the next twenty two years served that Regiment in all capacities ranging from Recruiting Officer, Course Officer, Quartermaster, to Squadron Commander, and Deputy Commanding Officer.  During this period, Major Barrett served in Europe with 4 CBMG as a Reconnaissance Umpire for  NATO FALLEX’s, EX SOLAR PASSAGE, and EX FLINKER IGLE, the latter being a Corps level exercise.
Major Barrett served on temporary duty in the Fall of 1986 as a Troop Officer with A Squadron, Lord Strathcona’s Horse (Royal Canadians) [LDSH (RC)].  Major Barrett qualified as a Combat Team Commander in 1991 in Suffield, Alberta.  He commanded A Squadron BCR, between 1994 and 1996, during which his Regiment won the Dunwoody Trophy for being the best armoured unit in Western Canada.  Promoted Major in 1996, Major Barrett, completed Militia Command and Staff College in Kingston in 1998.  Between 1998 and 2000, he assumed command of 2290 (BCR) Royal Canadian Army Cadet Corps returning to regimental duty as Deputy Commanding Officer.  Major Barrett was presented the Queen’s Jubilee Medal.
Serving as G1 Special Projects Officer for 39 CBG in the spring of 2005, and the first Domestic Operations Liaison Officer (Lower Mainland) that fall, Major Barrett took the position of Second-in-Command 15th Field Artillery Regiment, Royal Regiment of Canadian Artillery in 2005. In the most recent 39 CBG Brigade Exercise COUGAR SALVO, he was employed as the Deputy Commanding Officer of Task Force COUGAR, ensuring the well-being of more than 300 soldiers from all units in the Brigade.  Major Barrett took command of 15th Field Regiment, Royal Regiment of Canadian Artillery on 11 September 2007.
Upon graduating from the University of British Columbia, Major Barrett was employed as a teacher and, since 1985, has been with the Insurance Corporation of British Columbia, currently specialising in injury fraud investigations.  He is a long time Level 2 First Aid certificant and trains in Emergency Response Team scenarios.  Major Barrett has taken the role as the Incident Commander at ICBC ERT exercises.
Major Barrett is married to Lieutenant Patricia Barrett, CD (ret), and has three sons, James, Daniel, and Robin, ranging in age from 12 to 19.  Major Barrett lives in Vancouver, in the neighbourhood where he was raised.  His hobbies include Military History, Military Figures and dioramas, wine making, and historic Lionel Trains.  An avid sportsman Major Barrett plays hockey in the winter, and cricket in the summer.
He is currently the President of the Arbutus Cricket Club and volunteers in his community as the Chair for the Group Council for Scouting in East Vancouver, and he is also the Group Chair and the Group Commissioner for 88th St. Jude’s Scouts.  He was recently honoured as a recipient of Scouts Canada ‘Commemorative Centennial Medal” (CCM
Back to 2007
Copyright © 2015, 2016, 2017, 2018, 2019, 2020, 2021
Webmaster/editor - Leon Jensen, OMM, CD, Commanding Officer 1998-2001, Regimental Sergeant Major 1986-1988
Additional photos and stories as well as comments regarding errors and omissions would be greatly appreciated. ​
​Have I inadvertently placed personal information of yours on line that you don't approve of?
​Please accept my apologies and contact me at president.vcrgunners@gmail.com and I’ll have it removed.