VANCOUVER GUNNERS
Soldiers’ Christmas Dinner
​​The Regiment held its annual Soldiers' Christmas Dinner where the Officers have traditionally served the Other Ranks. Lieutenant John T Carter and Second Lieutenant CIY Young serving. Bombardier Keith Laing and Bombardier Terry Harmon waiting for their dinner with Sergeant Mike Meehan sitting across the table from them. New recruit James Jacobson is served Christmas dinner by the Commanding Office Lieutenant-Colonel William (Bill) Wickett, CD.
There may be a bit of tension in the kitchen with Major Stuart MacDonald adopting a threatening posture towards Major Bob Mugford while Major Barrie Hamilton and Officer Cadet Mirko are trying not to be witnesses to the crime!
The Commanding Officer poses in the Officers' Mess with the Honorary Colonel Graham Blyth and Honorary Lieutenant-Colonel Jim Griffiths.
​Presentations are made and the Childrens' Christmas party takes place in the Officers' Mess. 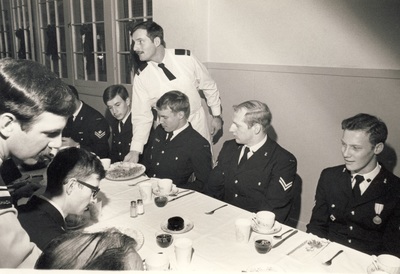 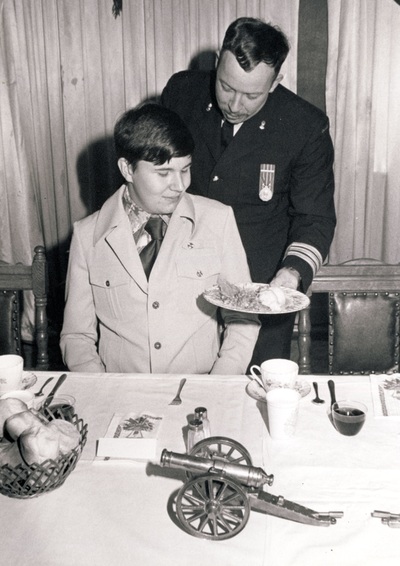 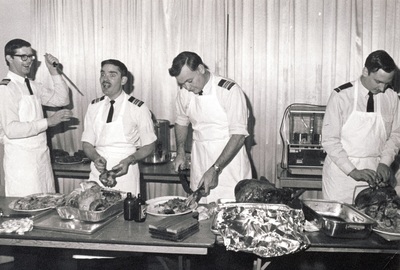 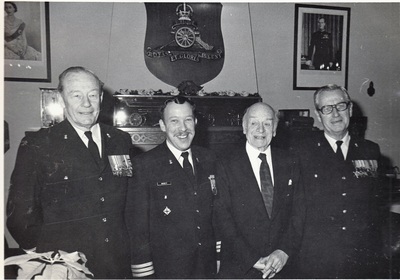 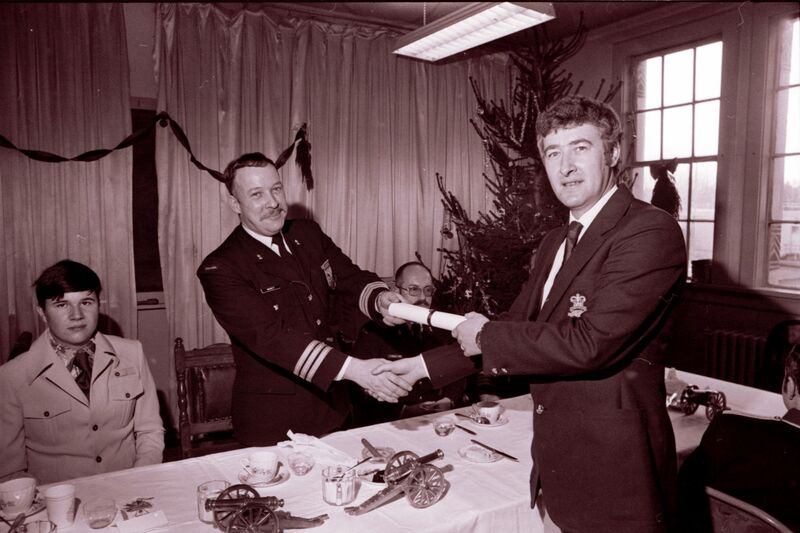 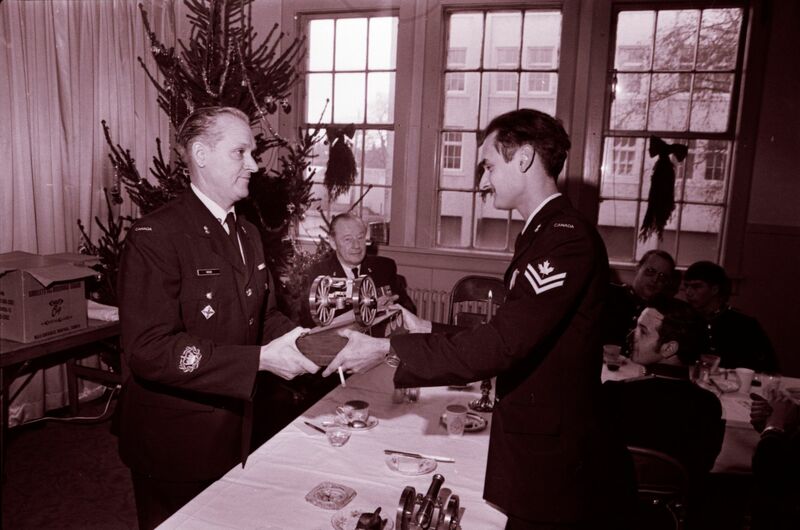 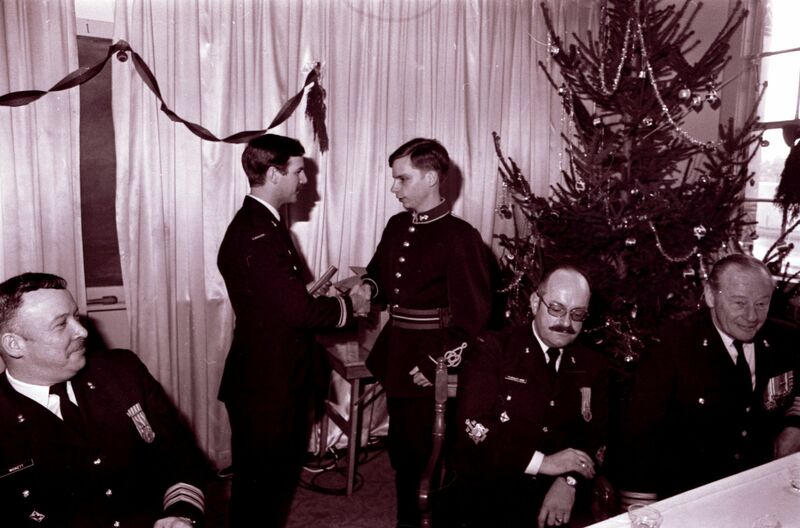 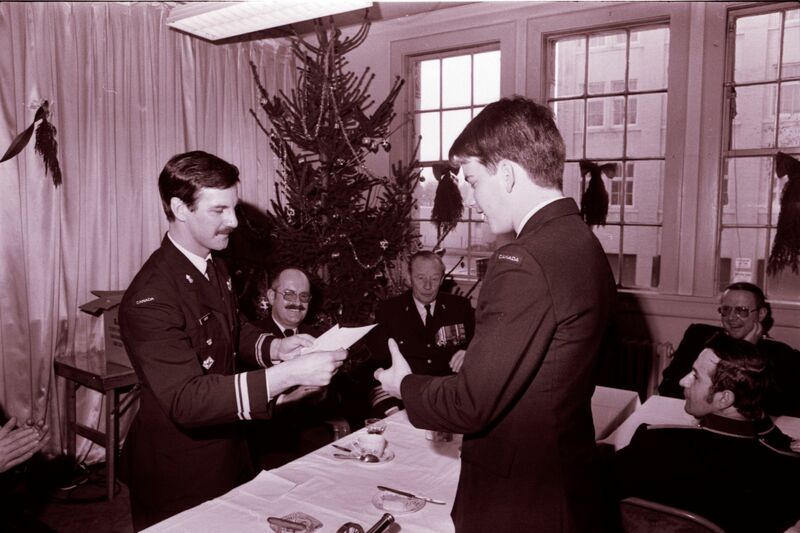 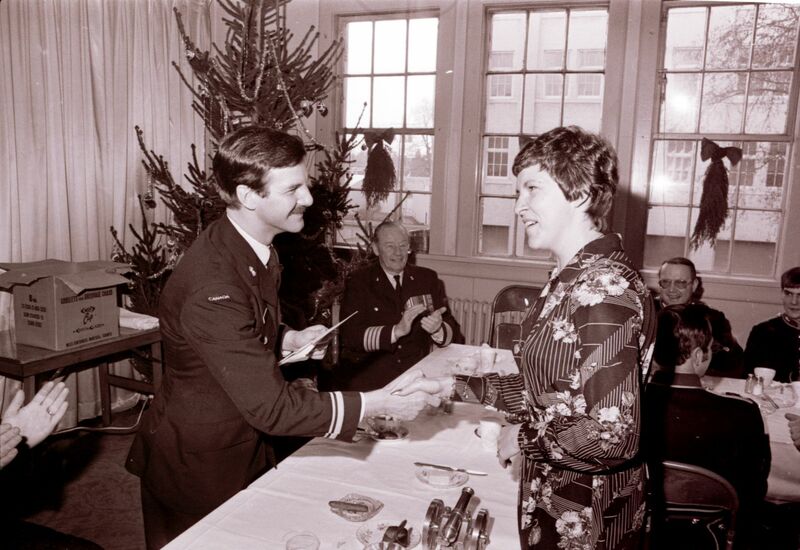 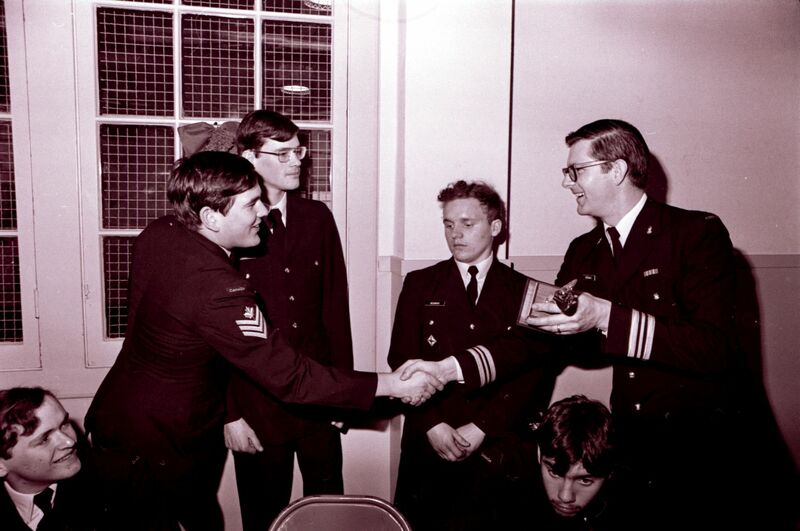 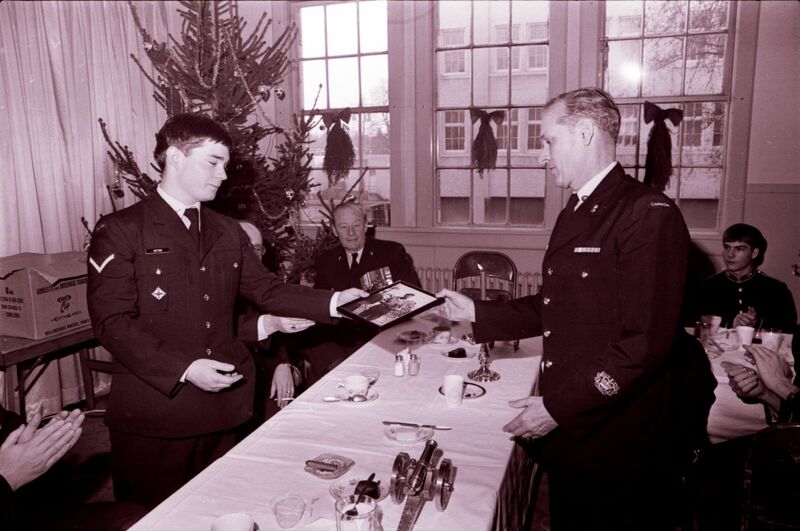 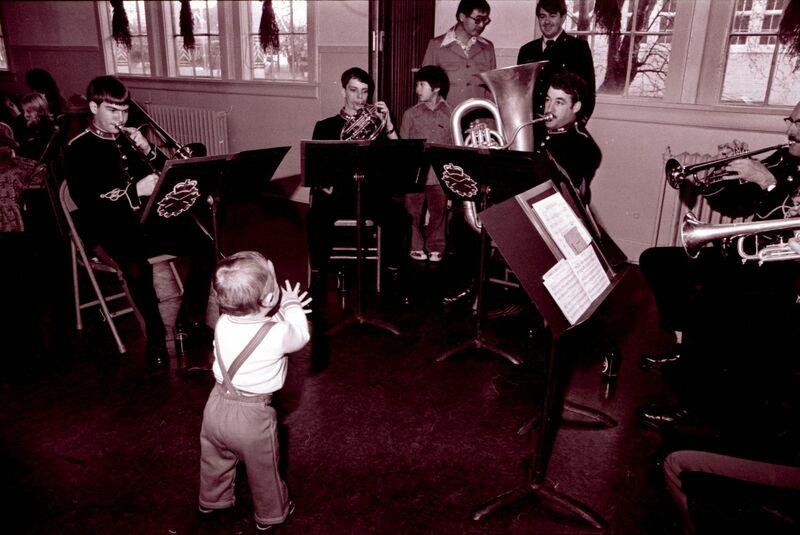 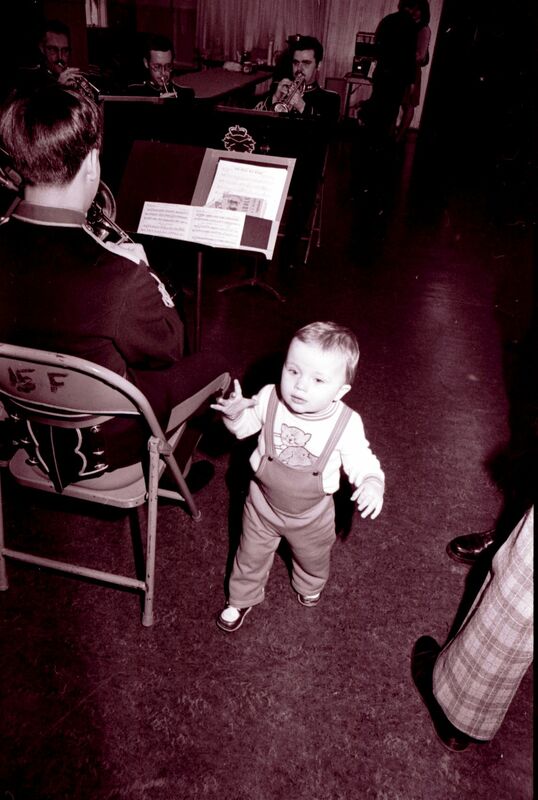 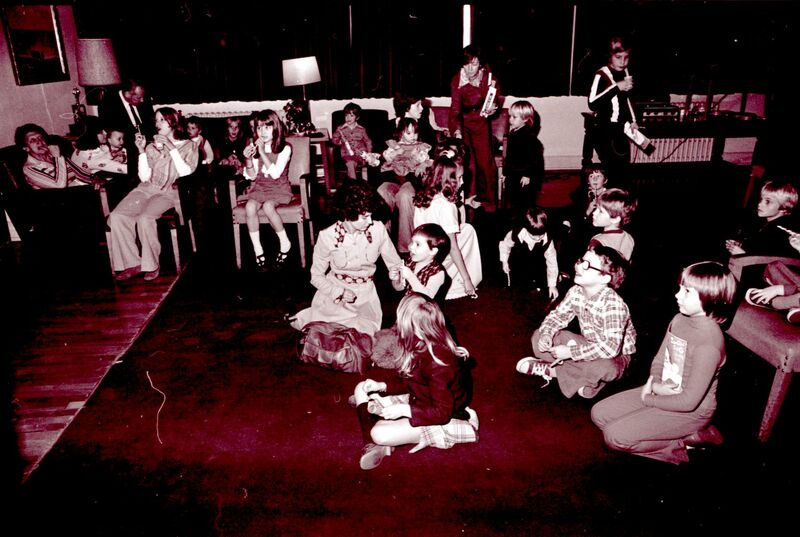 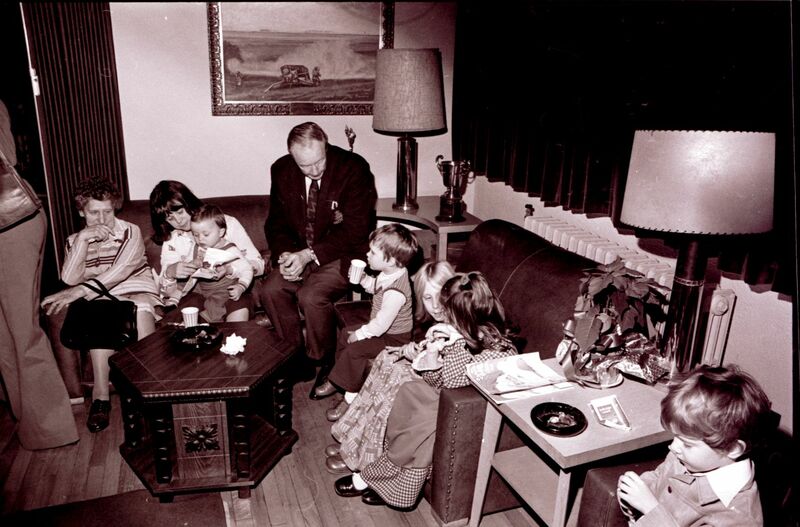 Back to 1976
Copyright © 2015, 2016, 2017, 2018, 2019, 2020, 2021
Webmaster/editor - Leon Jensen, OMM, CD, Commanding Officer 1998-2001, Regimental Sergeant Major 1986-1988
Additional photos and stories as well as comments regarding errors and omissions would be greatly appreciated. ​
​Have I inadvertently placed personal information of yours on line that you don't approve of?
​Please accept my apologies and contact me at president.vcrgunners@gmail.com and I’ll have it removed.