VANCOUVER GUNNERS
Soldiers' Christmas Dinner
Major Robert Foulis scoops out the brussel sprouts and gravy for the Officers serving the dinner to the soldiers. Lieutenant Brown, Captain Ian Newby, Captain John Hawthorne, Lieutenant-Colonel Stuart McDonald, John Carter and Art Gee are all in line. Colonel Bill Wickett came down from District headquarters to dine with the Gunners. He's seated beside Sergeant Joe Phelan, wearing his UN accoutrements along with his Canadian Forces Decoration which had been presented on parade before dinner. Sergeant Pagala from the Regimental Band is also at the table..
Bombardier Mutton is also sporting his UN Canadian flag.
The Commanding Officer makes a presentation to Sylvia Tyldesley-Gore for the fine administrative work that she does on a voluntary basis for the Regiment. Captain Ian Newby appears to be making a presentation to the PMC of the Junior Ranks? I believe that it is a replica of Bull's Run but more knowledgeable people out there can certainly correct me.... 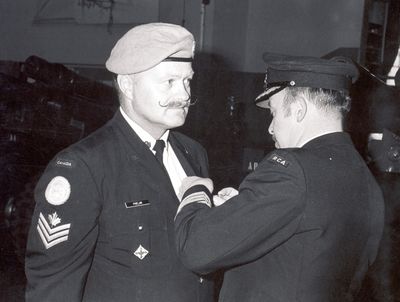 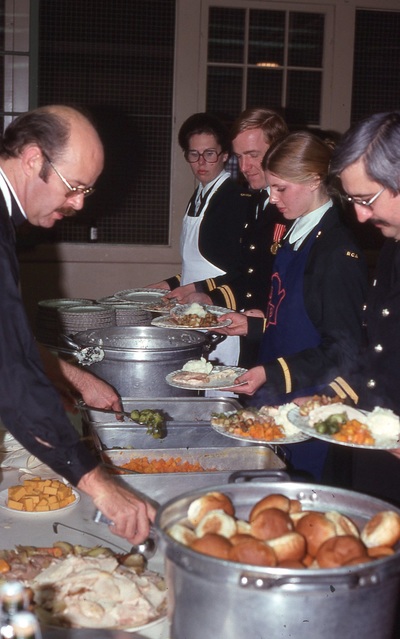 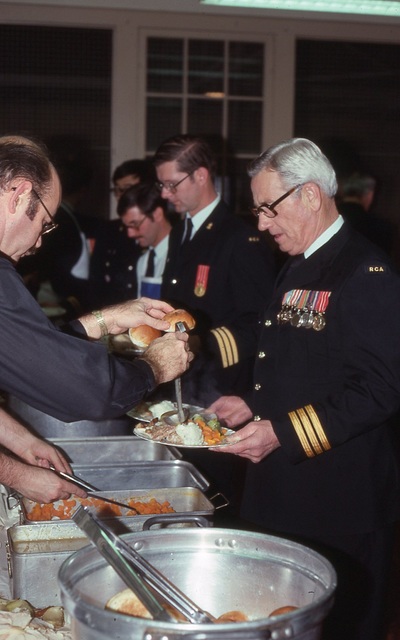 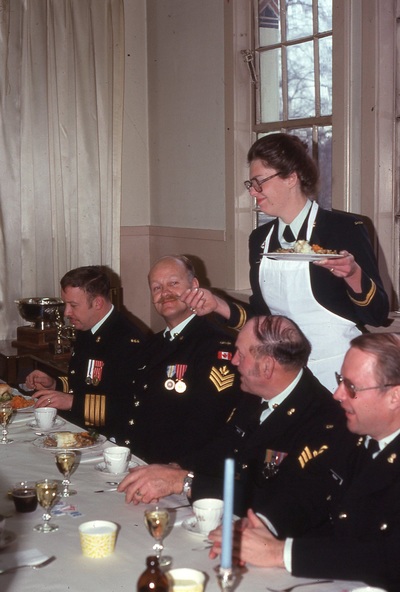 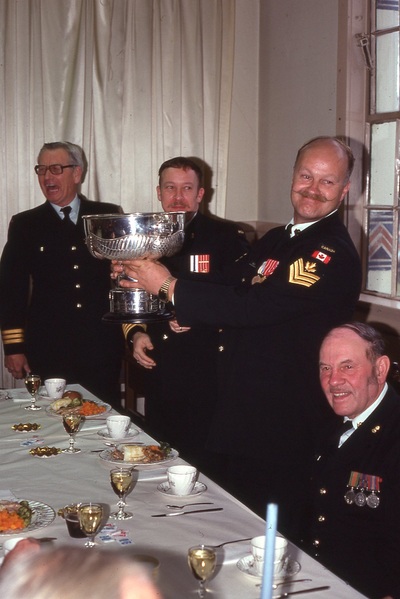 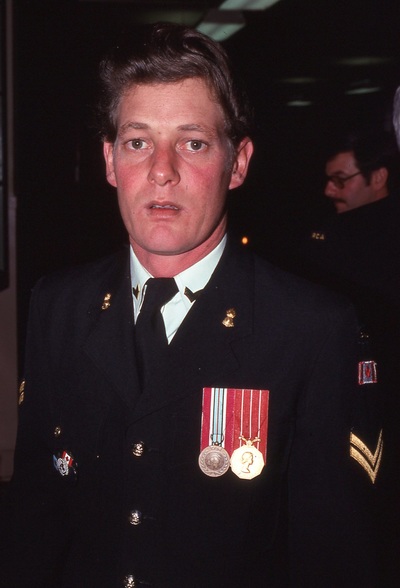 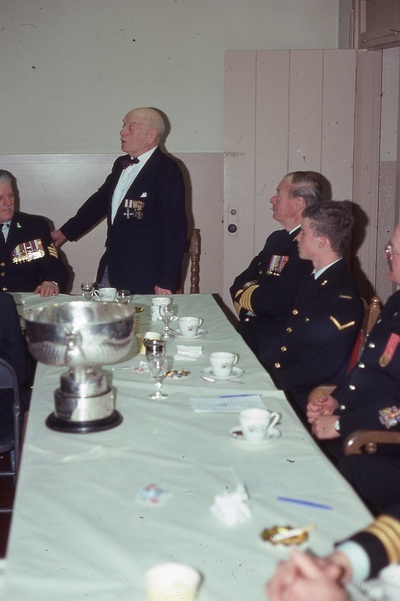 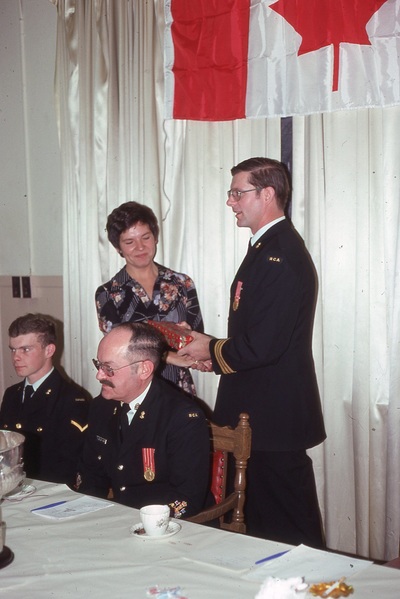 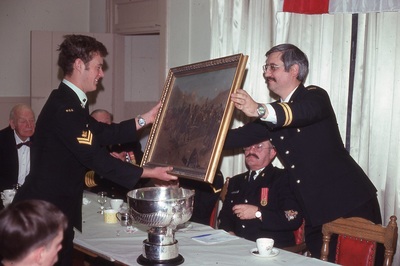