VANCOUVER GUNNERS
Coronation Ball 1985
The task for organizing the Annual Coronation Ball for the Warrant Officers and Senior Non-Commissioned Officers of Vancouver Militia District is rotated between each of the units. This year’s event fell on the shoulders of 6 Field Engineer Squadron from North Vancouver. 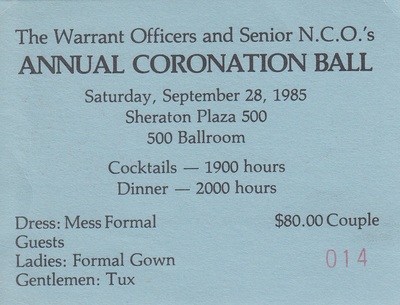 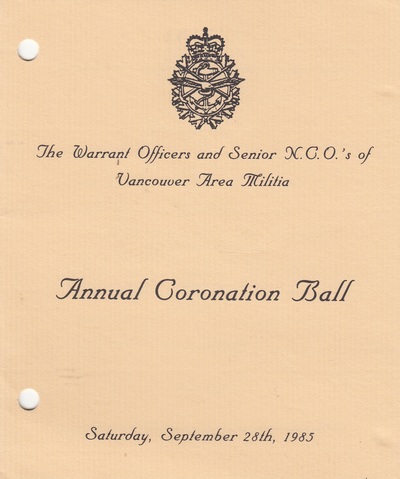 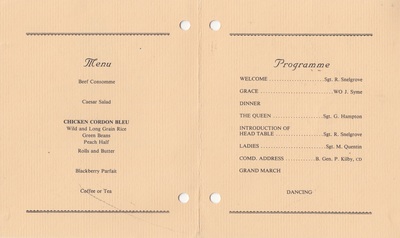 Organizing a Coronation Ball that requires participation from all the units of the District is often a recipe for disaster. The following year was to be our turn and the PMC of the Mess, Master Warrant Officer Leon Jensen, was burdened with the task. Given the task, given the fact that it was to be the year of Expo 86, who would you invite? Her Majesty, the Queen, of course! Preparation was necessary and the invites started in 1985.
Unfortunately, as the letters show, the Queen was not anticipated to be in town for Expo 86. However, a carrot was thrown in that the Lieutenant-Governor’s Secretary did let on that the Prince and Princess of Wales had been invited.  It appears that another opportunity had presented itself! 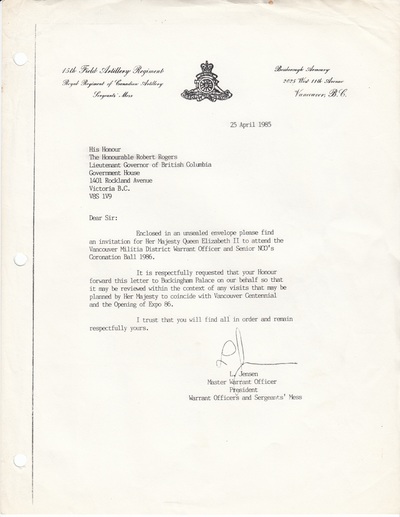 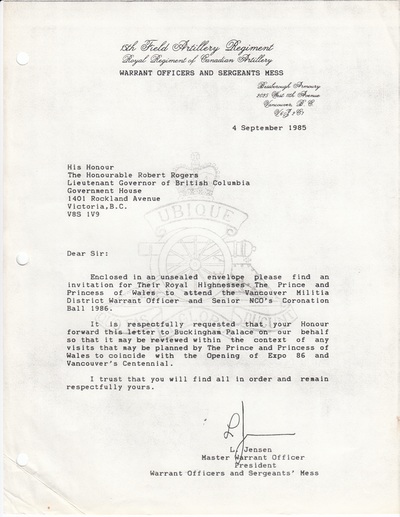 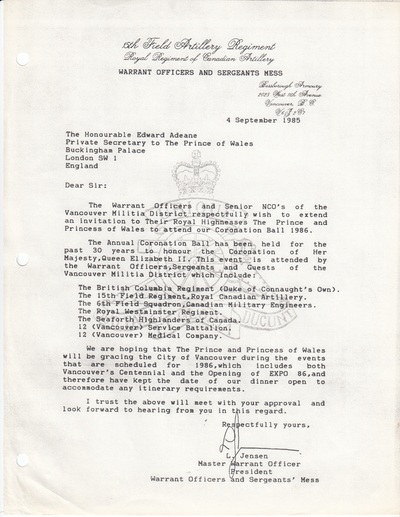 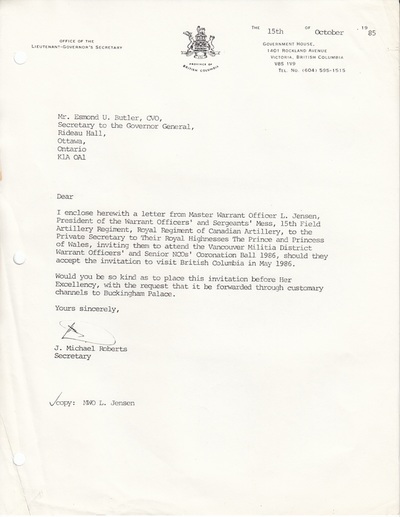 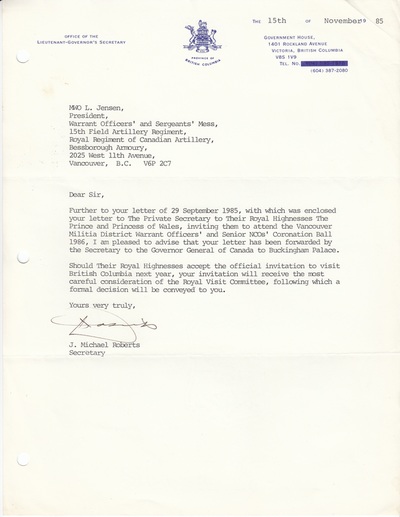 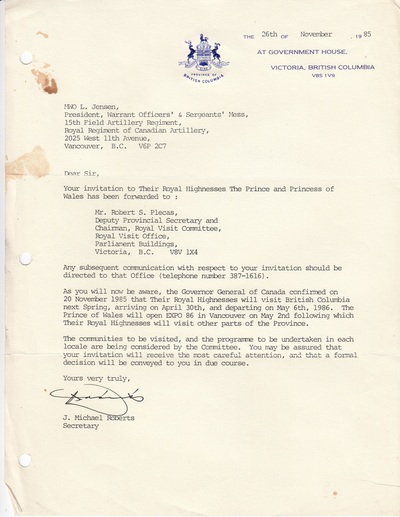 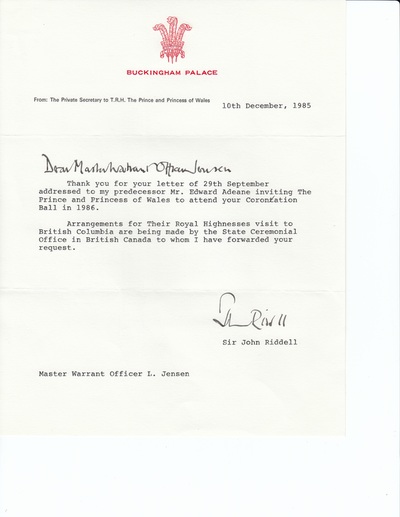 More letters were drafted, more responses received. There was a process as the invitation moved further up the chain! ​And so the year ends on a high note with an actual letter received from Buckingham Palace! There seems to be a definite possibility that we may have some royalty for guests!
Back to 1985