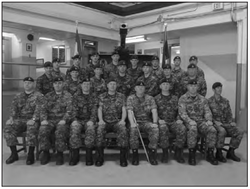 Front Row: Sgt Lenius, Sgt Conrad Skuce, 3, CO LCol Kent Wickens, RSM CWO George Dempsey, Capt Wayne Baxter, WO Heath Poritt, Sgt Ken Keene
OCdt R. Jones
During July of this year, 15th Field Regiment ran a CP Tech Course for 15 young Gunners from Reserve units across Western Canada at their own Bessborough Armoury in Vancouver, British Columbia. All units from Western Canada were represented: 5th Fd (BC), 15th Fd, 20th Fd, 20th Independent, 10th Fd, 26th Fd, and 116th Independent. This was the second time that 15th Field has run the CP Tech Course during the summer; it is normally only run by the Royal Regiment of Canadian Artillery School.
This course trains the Gunners upon completion to return to their home units to fill positions as Command Post Technicians in their batteries. Throughout this month long course, candidates first receive a review on their basic math skills and fire discipline. They then learn the use of the Manual Artillery Plotting System (MAPS) and Indirect Fire Control Computer Systems (IFCCS). A series of simulated fire missions serve as their final exercise. They also receive lessons on danger close procedures, use of mortars, and special ammunition (such as the Excalibur round). This course also has the added bonus of carrying with it the same Regular Force qualification, meaning that any graduates who would choose to make a component transfer later in their careers would keep this important qualification.
Sgt. Skuce, who was an instructor on the course, stated that the course ran very well. He went on to comment that the combination of experienced instructors, available equipment and necessary facilities all in the local area made for a smooth running course. Having the course run locally also made it easier to locate and have instructors commit – a common challenge for summer courses. In fact, some instructors even split days so they could attend to other areas of their lives.
For the duration of the course, out of town candidates were housed in residences, not normally used in the summer, on the Vancouver campus of the University of British Columbia. This also had the convenience of being only a few kilometers away from their training at the Bessborough Armoury as well as being more comfortable than an armoury floor.
MBdr Dyke (one of the candidates on the course) spoke very highly of the course, saying that they were lucky to have “very knowledgeable instructors” and that the course was able to give them a better idea of the “big picture with the use of Artillery”. MBdr Dyke went on to say how the candidates enjoyed the locally run course over having to fly off to Shilo or further.
Despite the serial being larger than normal for such a course, the serial (as did last year’s serial of 21 candidates) saw all 15 candidates pass all the requirements in order to successfully graduate the course together.
So, new CP Techs were trained for employment in the Artillery, instructors were pleased with the locale of the course, and all while able to maintain training standards. A local, Reserve-run CP Tech course is an achievable and beneficial undertaking for the Royal Canadian Artillery.
The Quadrant, Volume 29, Issue 2, Autumn 2013 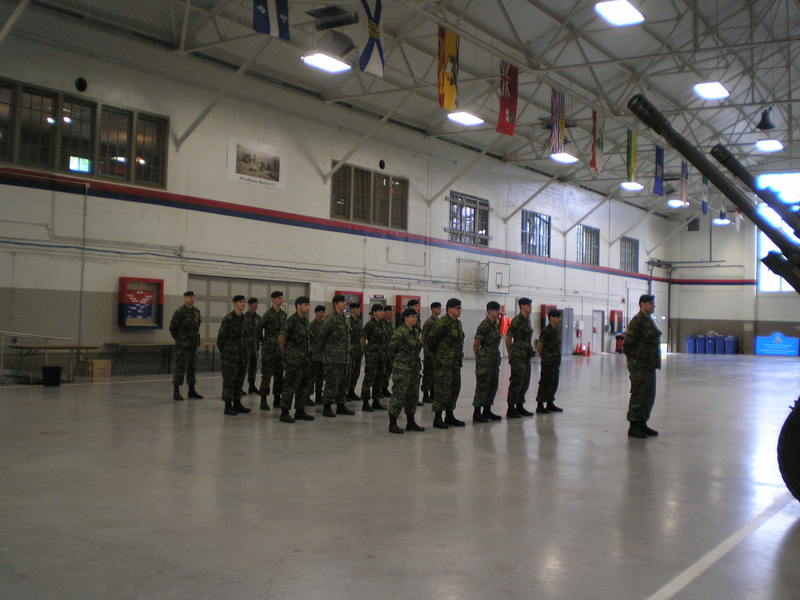 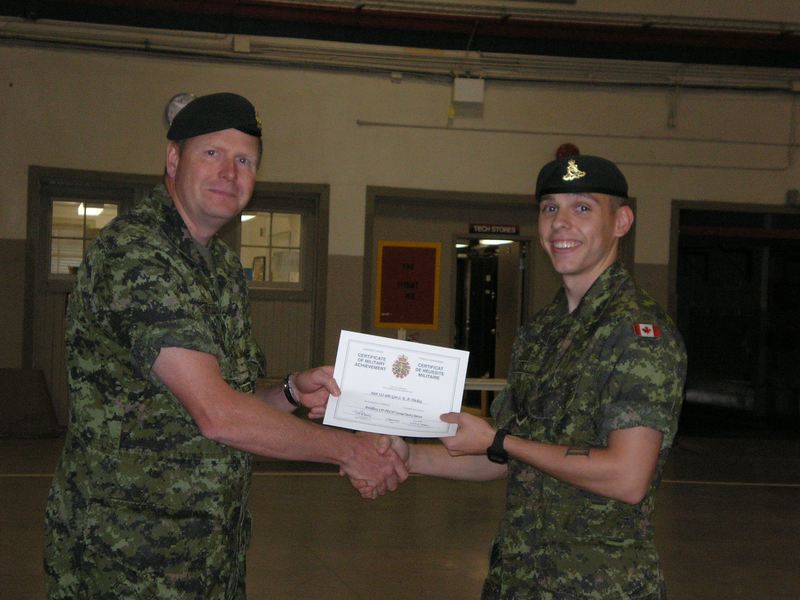 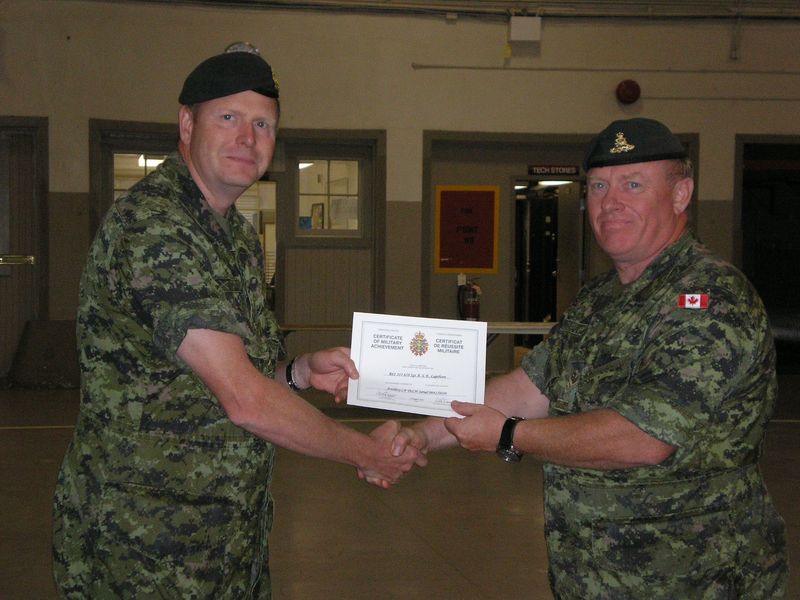 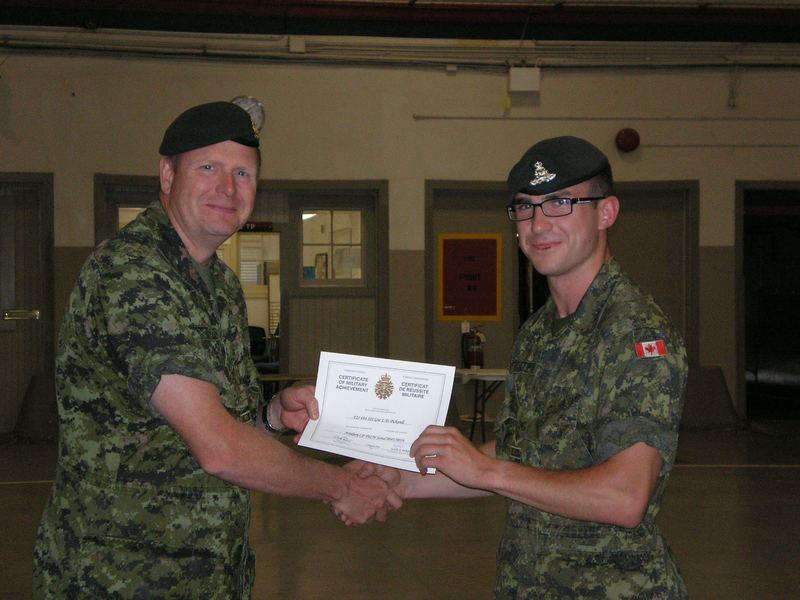 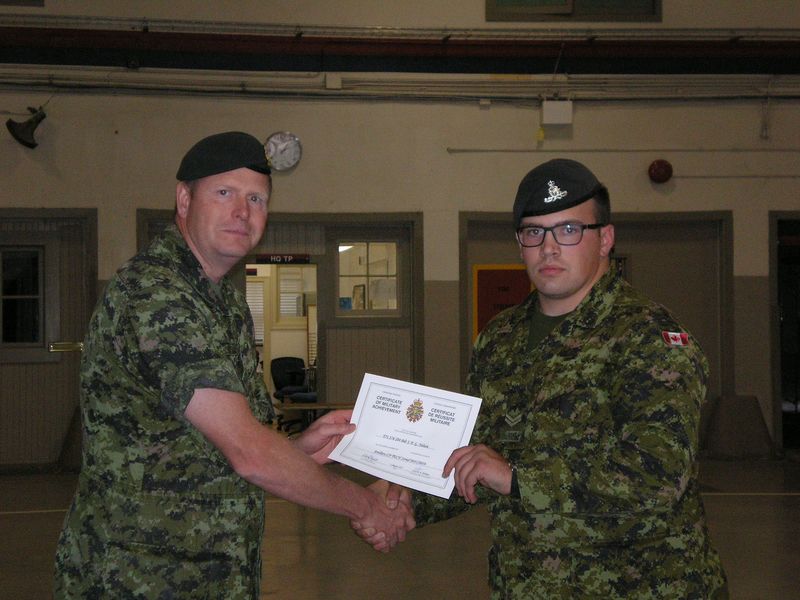 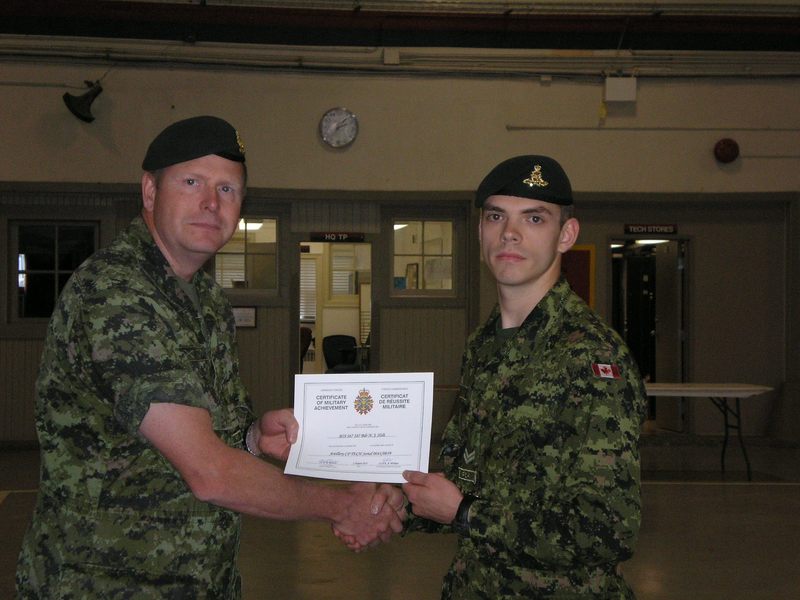 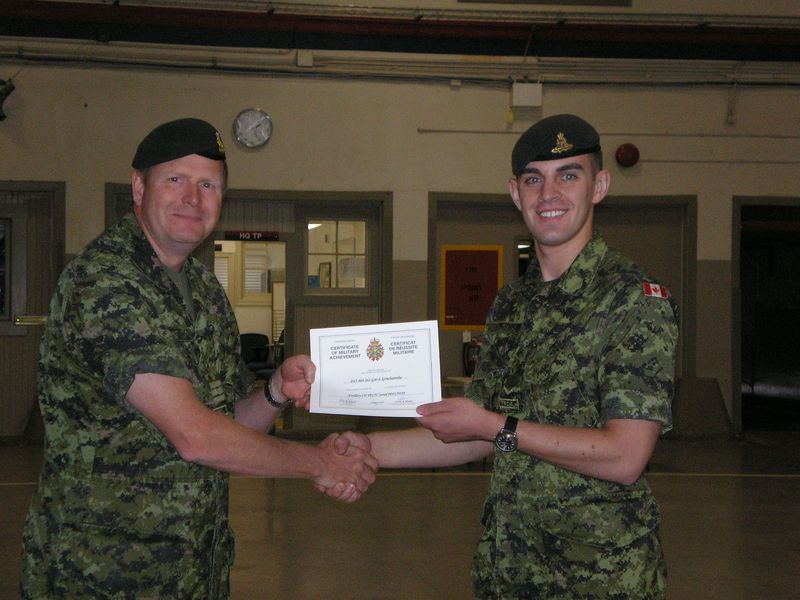 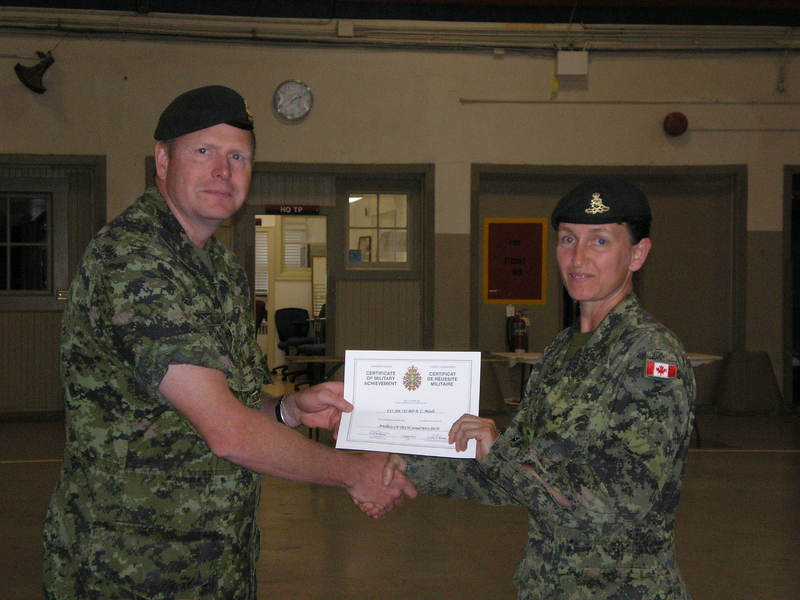 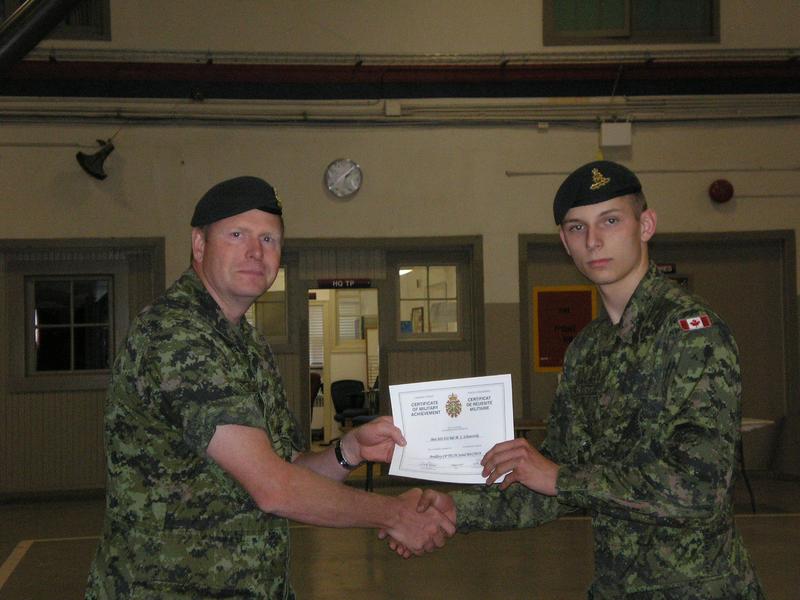 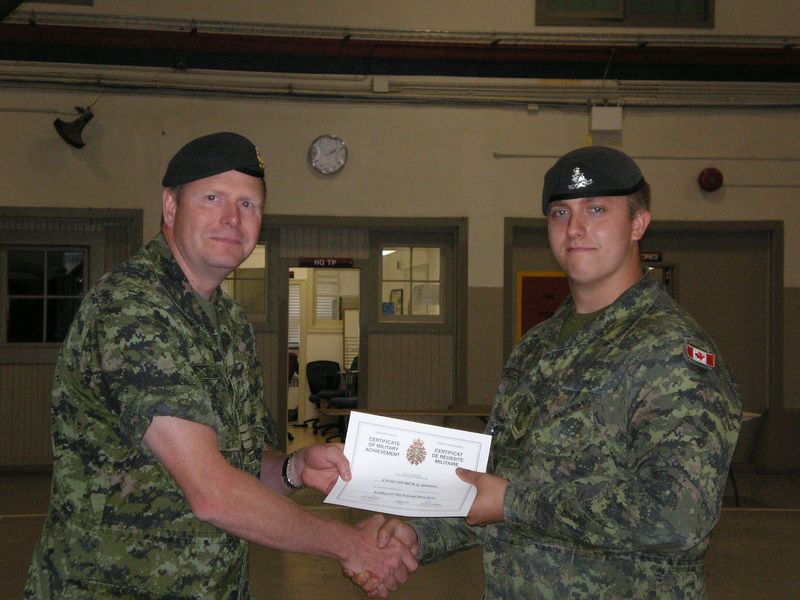 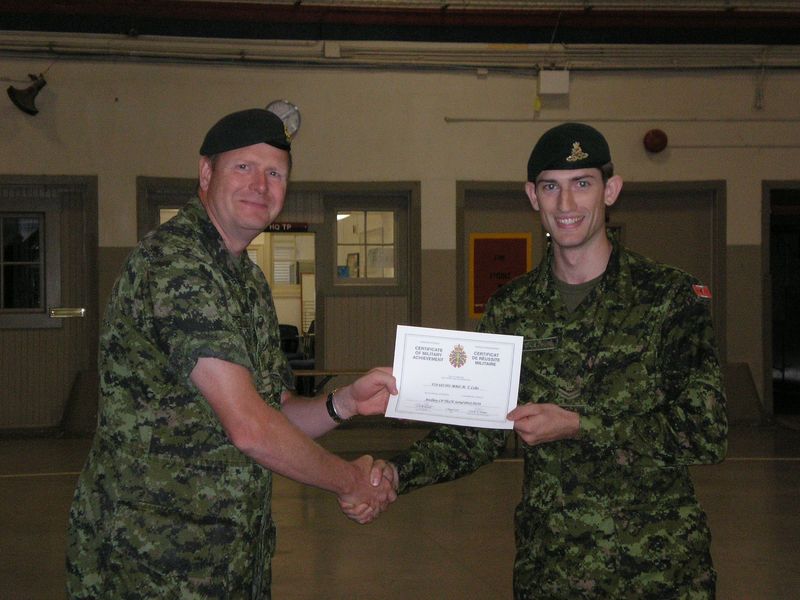 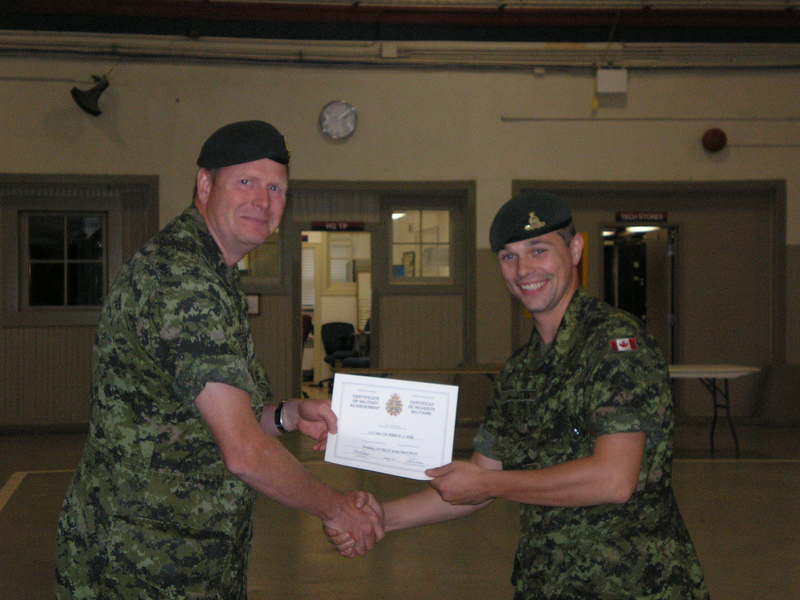 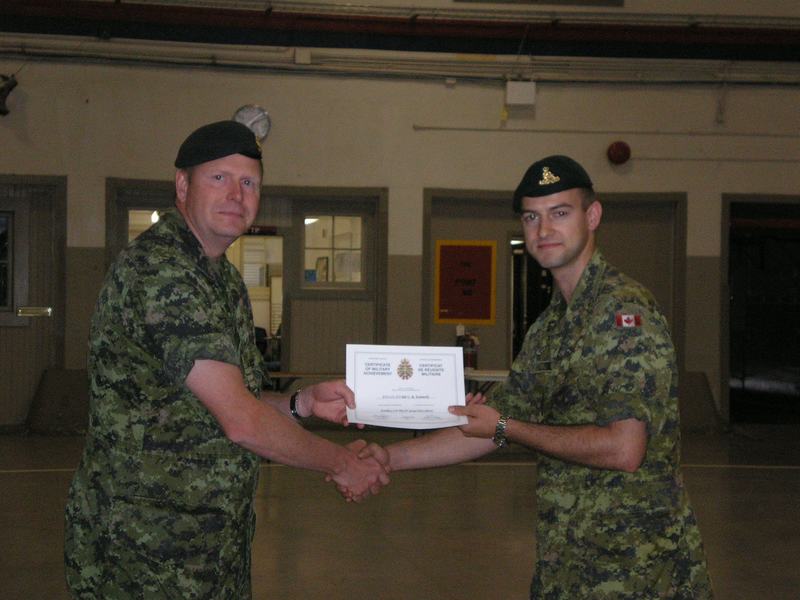 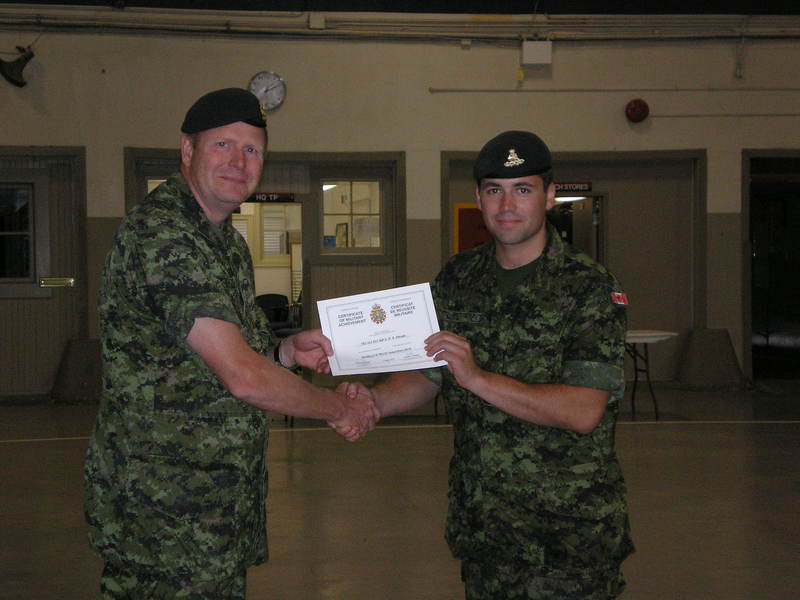 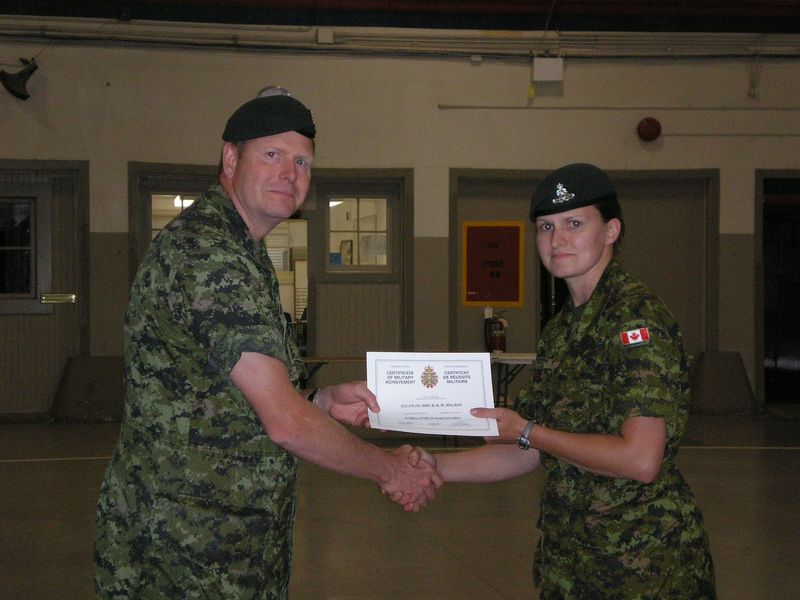 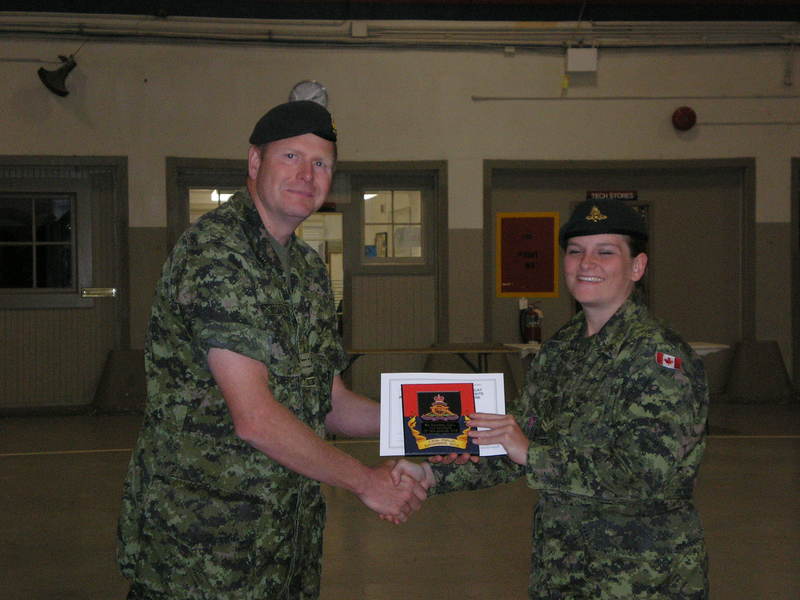 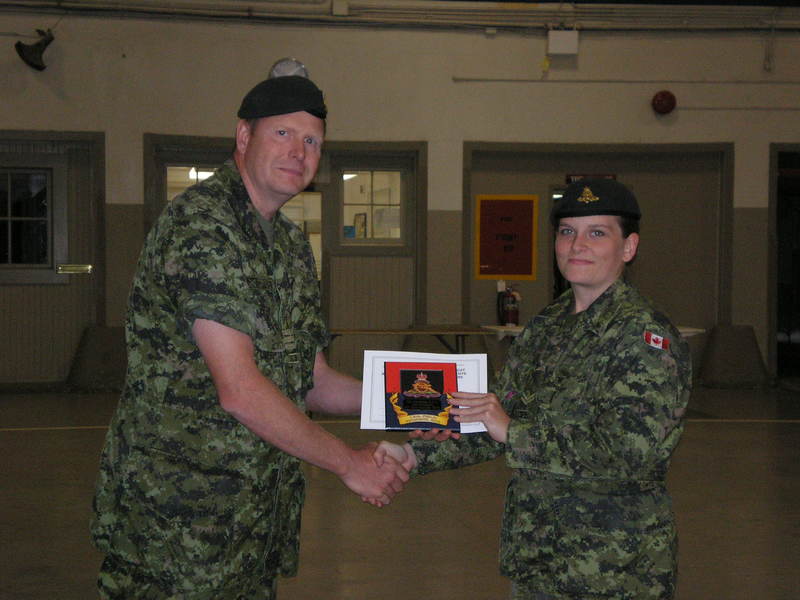 Back to 2013
Copyright © 2015, 2016, 2017, 2018, 2019, 2020, 2021
Webmaster/editor - Leon Jensen, OMM, CD, Commanding Officer 1998-2001, Regimental Sergeant Major 1986-1988
Additional photos and stories as well as comments regarding errors and omissions would be greatly appreciated. ​
​Have I inadvertently placed personal information of yours on line that you don't approve of?
​Please accept my apologies and contact me at president.vcrgunners@gmail.com and I’ll have it removed.