VANCOUVER GUNNERS
German cruiser Deutschland
13 April 1967 - Deutschland (A59) was a naval ship of the Bundesmarine, the West German Navy. She was constructed and used as a training cruiser ("Schulschiff") in peacetime and planned for multi-role missions in the event of war: troop ship, hospital ship, minelayer, and escort. For this reason the ship was only lightly armed for its size (no guided missiles), the machinery was rather impractical and diverse, and large teaching rooms were included. Also, civilians served alongside military personnel.
In her time Deutschland was the largest naval vessel of West Germany.  Permission to build the ship was granted despite being larger than allowed by tonnage restrictions imposed by the WEU on West Germany. Like most German post-war naval ships she was completely NBC protected. . This one-ship class, Type 440 of the German designation system, cost 95 million DM.The firing of the ship’s guns as it enters port goes back to antiquity when it was a symbol that the ship showed no ill intent as it had emptied its cannons prior to entry the harbour and was therefore defenceless. The cannons of the day would have taken considerable time to reload, unlike the weaponry on board the modern naval fleets.
Once the visiting warship has emptied its cannons it would be the turn of the fortifications weaponry to show its peaceful intent by emptying its cannons and allowing the ship safe passage.
The Canadian Gunner, Volume 3, December 1967, page 55 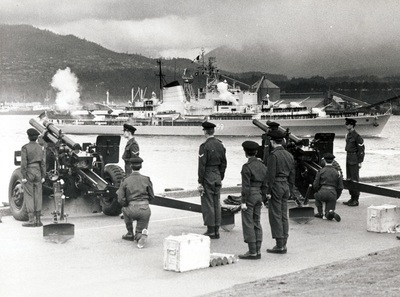 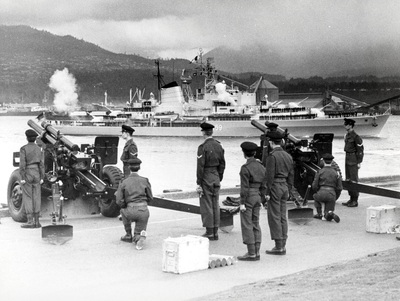 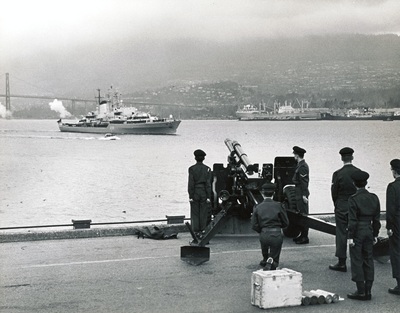 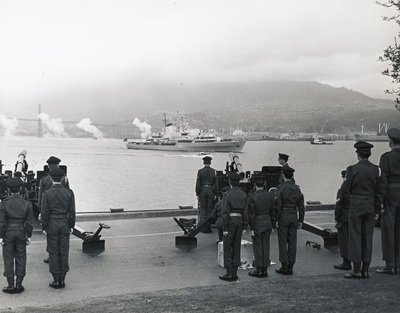 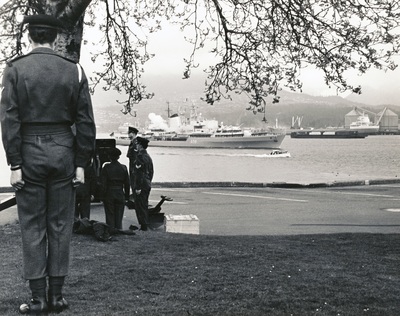 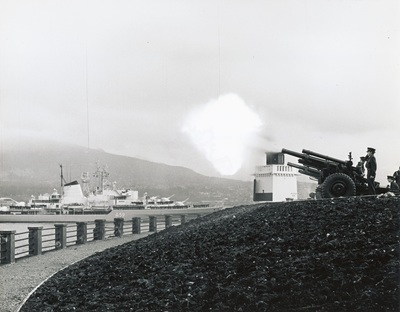 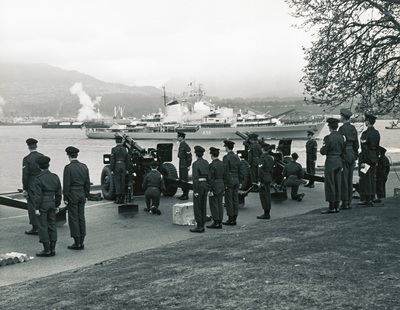 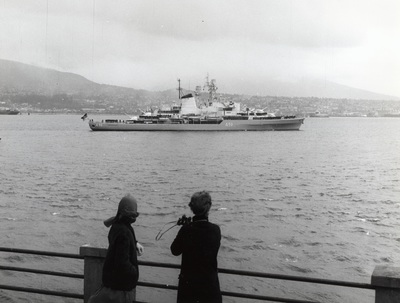 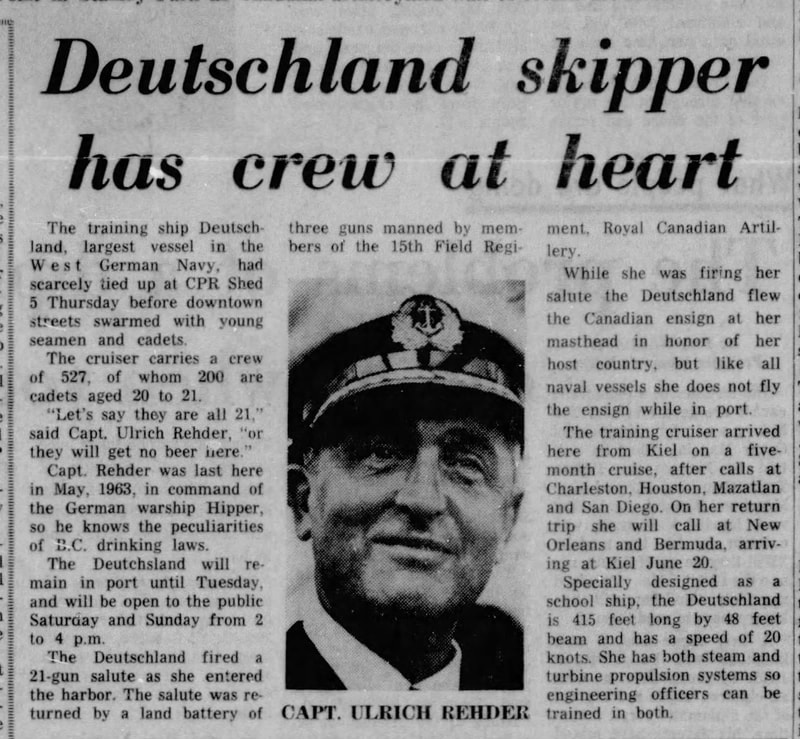 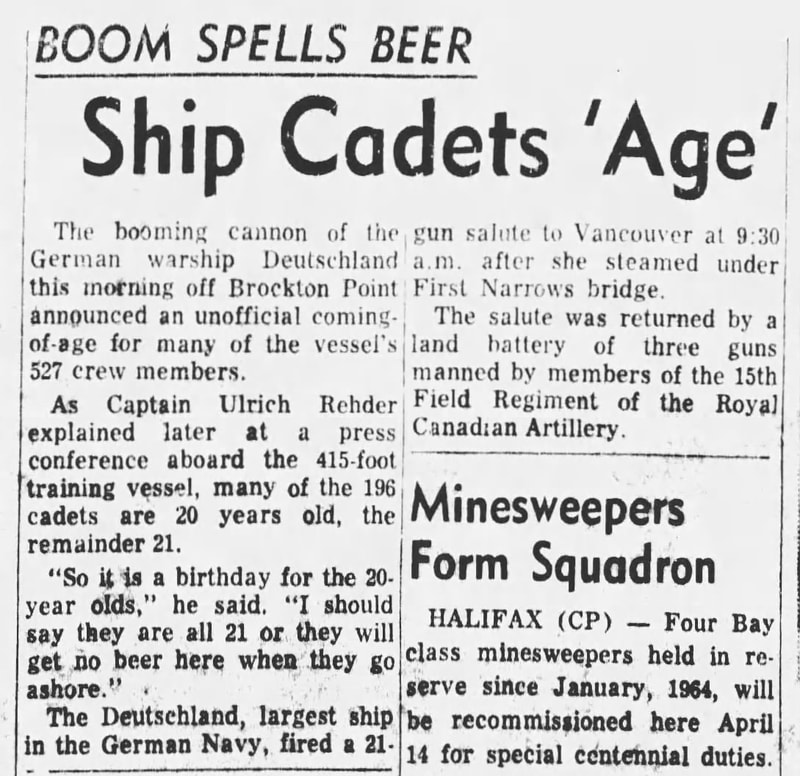 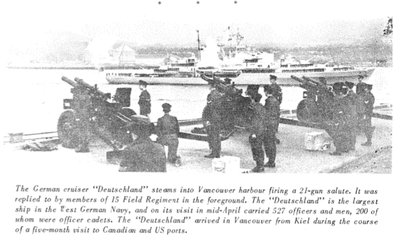 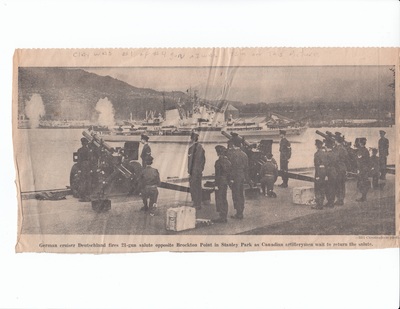 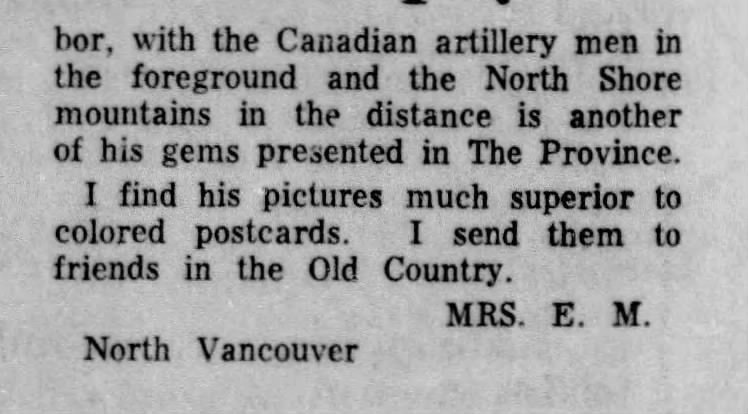