VANCOUVER GUNNERS
Dry Deployments
Not much information on the following series of photos. We know that it's 1956 due to the licence plate in one photo and we've grouped all the photos together as there are common faces throughput. Do you recognize anyone? Any idea where  No 1 Fire Rally Point might be located?

The large vehicle is a Mack NM6, Truck, Cargo, 6 Ton, 6x6.   Bombardier Jim Mancor is standing with hands on hips.  The 43rd also had some NM8 Gun Tractors, for towing the AA guns, which had a second pintle hook under an arched front bumper and a brake lever for the gun on the dashboard.  Two of the NM8s were re-issued to the 15 Field Artillery Regiment in the mid-60s when 85 Bty was equipped with two 155 How towed guns and became 85 Medium Battery. 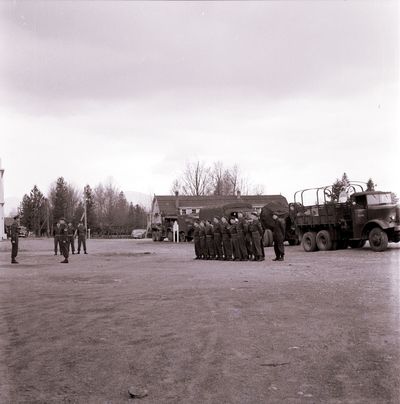 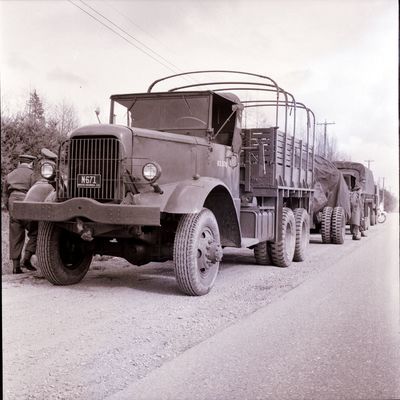 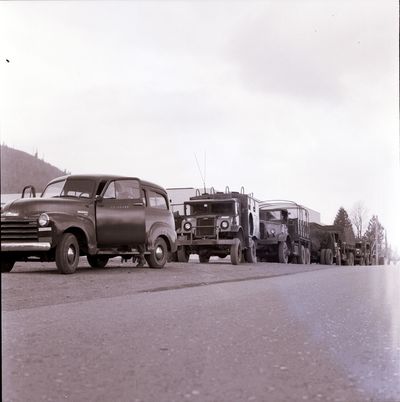 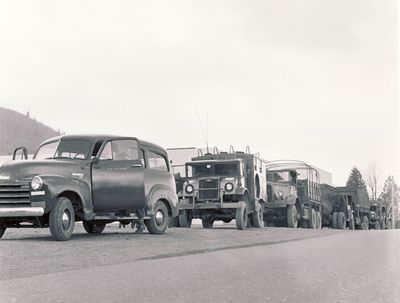 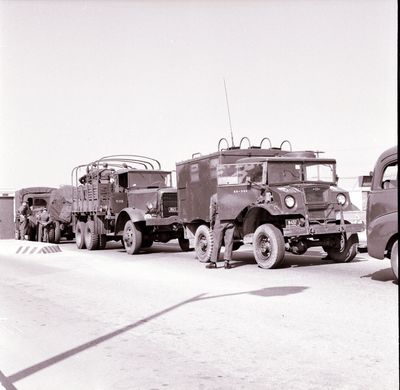 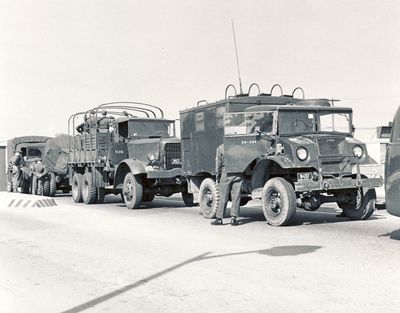 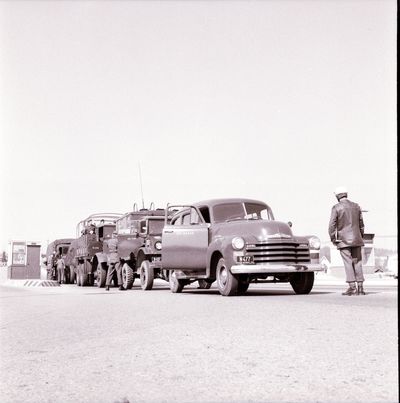 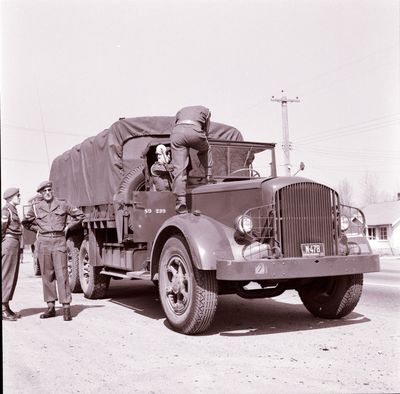 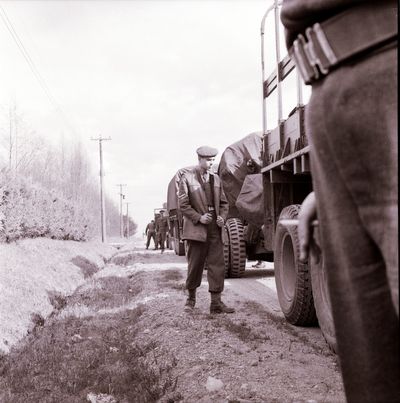 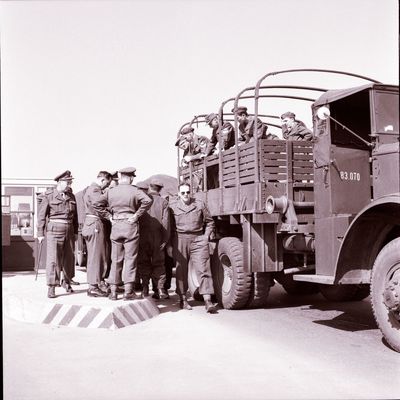 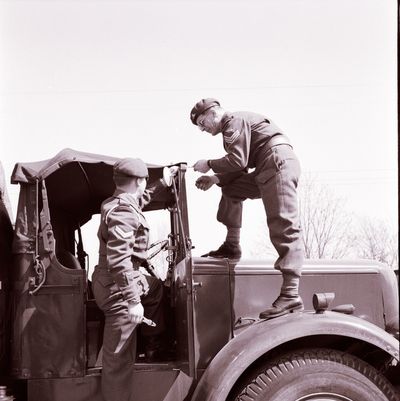 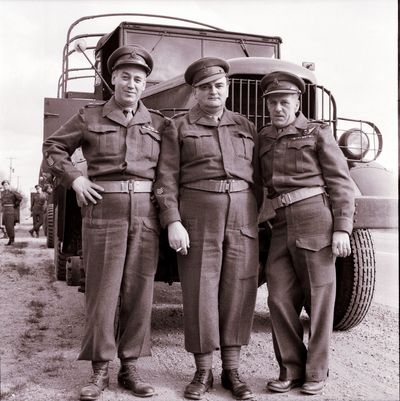 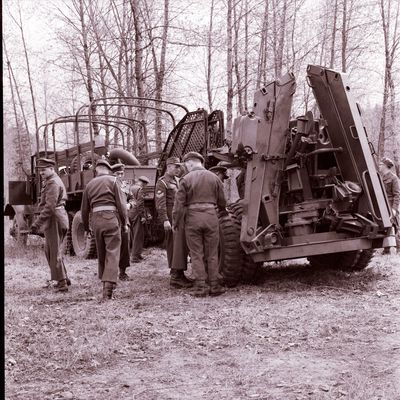 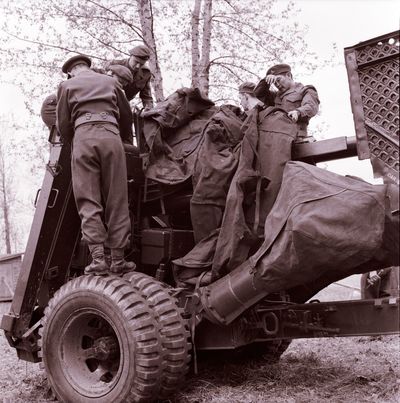 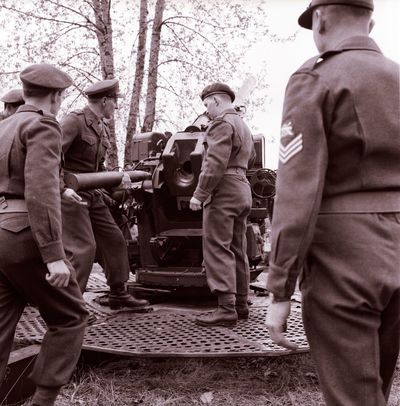 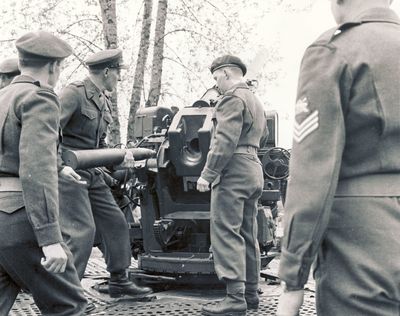 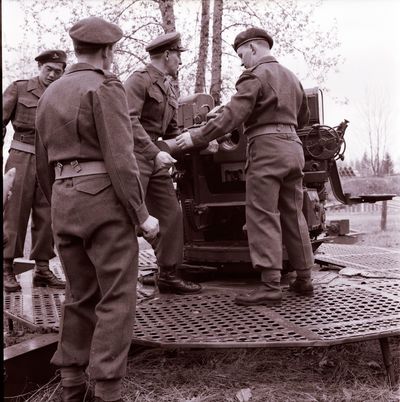 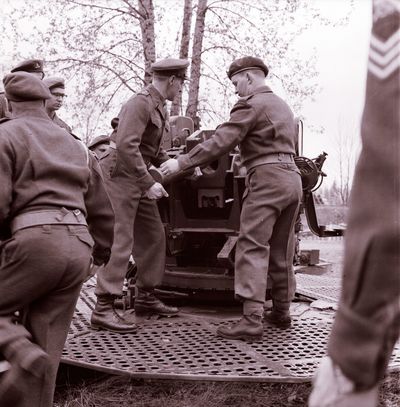 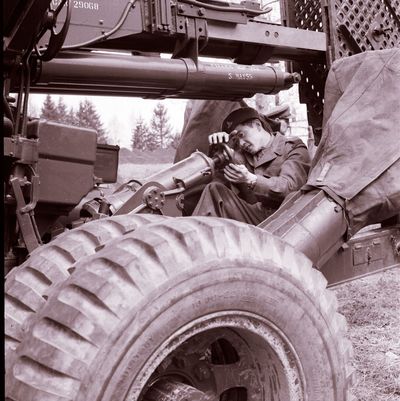 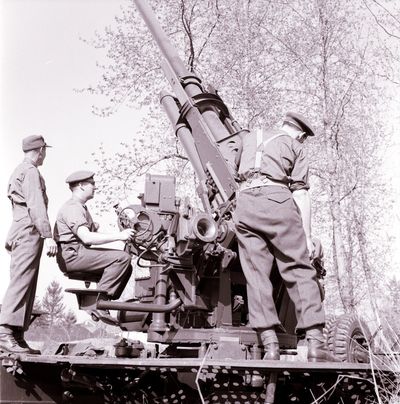 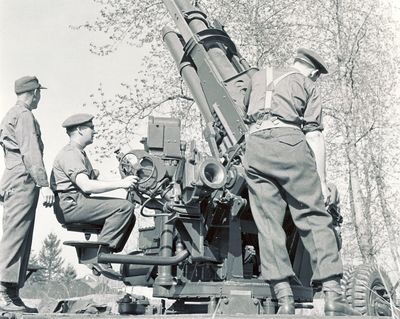 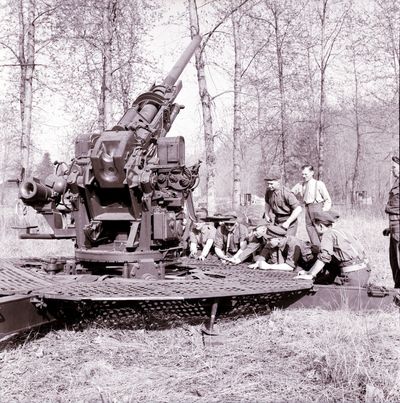 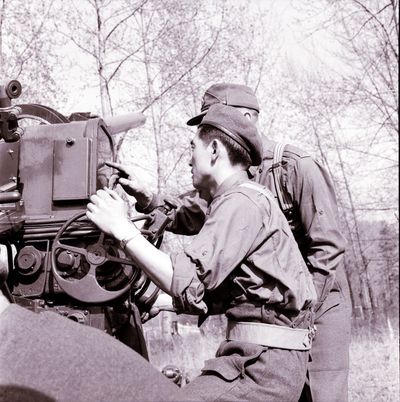 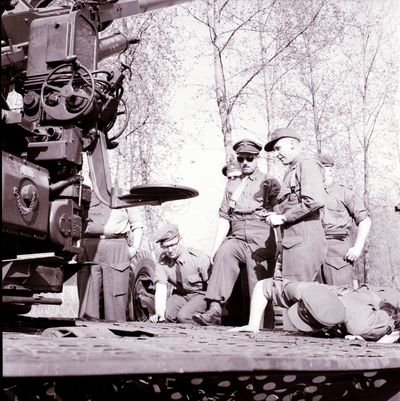 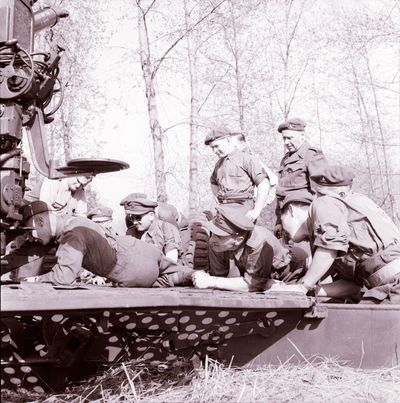 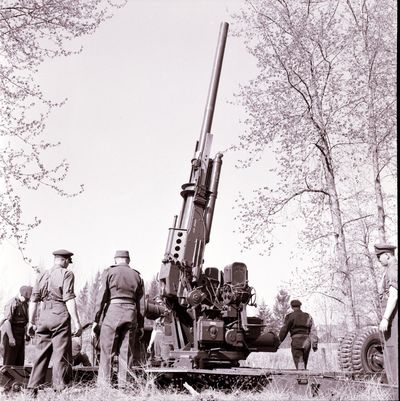 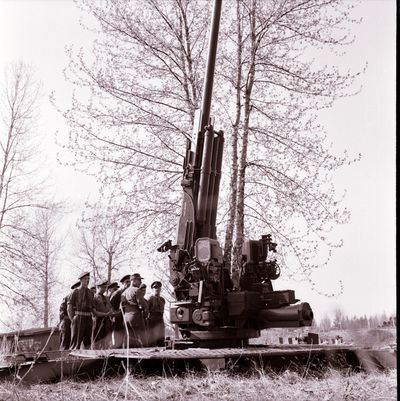 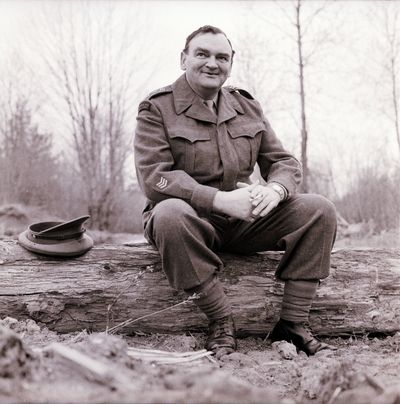 Back to 1956
Copyright © 2015, 2016, 2017, 2018, 2019, 2020, 2021
Webmaster/editor - Leon Jensen, OMM, CD, Commanding Officer 1998-2001, Regimental Sergeant Major 1986-1988
Additional photos and stories as well as comments regarding errors and omissions would be greatly appreciated. ​
​Have I inadvertently placed personal information of yours on line that you don't approve of?
​Please accept my apologies and contact me at president.vcrgunners@gmail.com and I’ll have it removed.