VANCOUVER GUNNERS
Dry Deployments - Chilliwack
The recce party arrives at the new gun area in a somewhat murky, wintry day in Chilliwack.
The Recce officer, Lieutenant Bill Basaraba sets up the gun markers .
Directions are given by the Recce Officer to the recce party Bombardier Brown?, Bombardier Leon Jensen? and Sergeant Dave Strebe. The Troop Sergeant Major, Warrant Officer George Wood runs off to fetch the guns from the Gun RV.
The guns arrive and deploy at their assigned locations.
It appears to be time for a "Rum Ration,"  The task is finished, the troops are cold. The Commanding Officer, Lieutenant Colonel Gary Bailey, the Second in Command, Major Whitelaw, the Battery Sergeant Major Master Warrant Officer Eric Tyldesley-Gore and Bill Amos arrive to watch the training. (or did they bring the rum?) 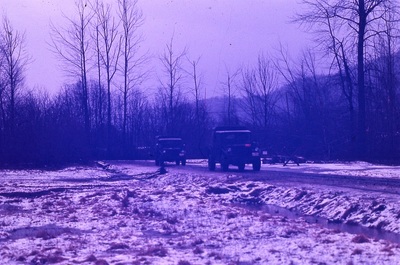 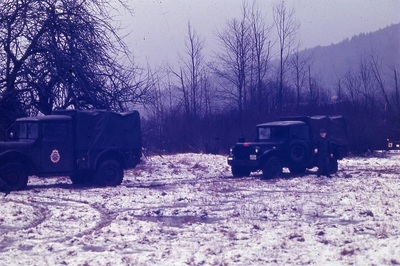 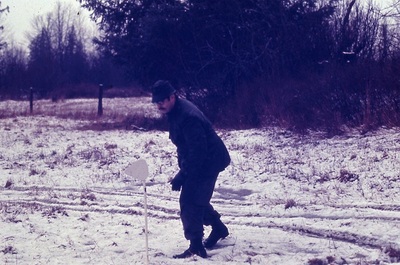 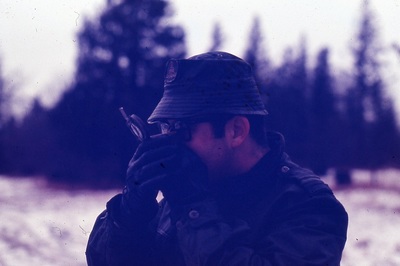 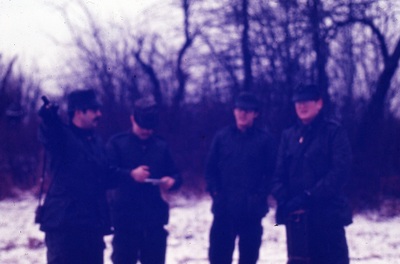 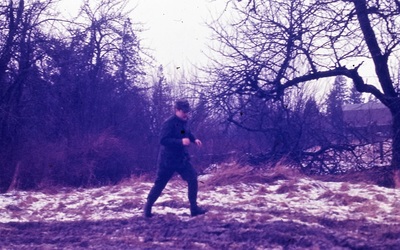 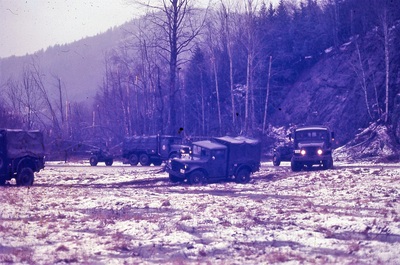 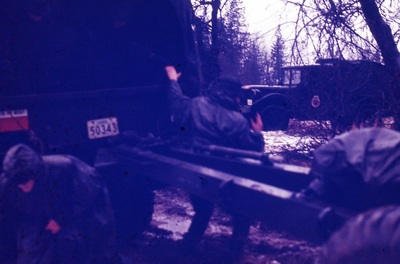 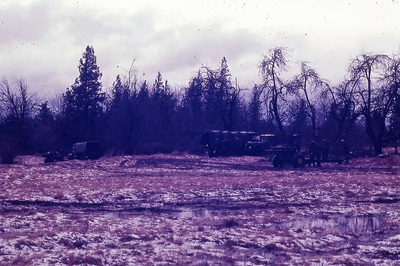 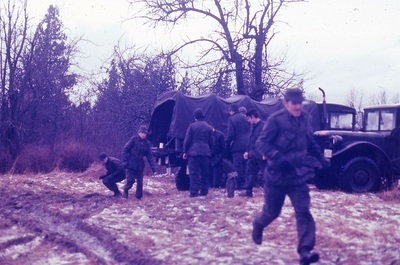 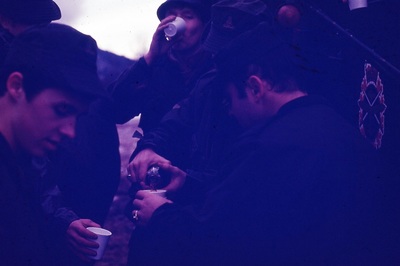 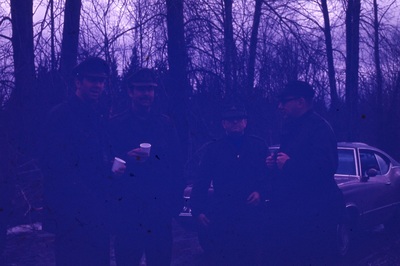 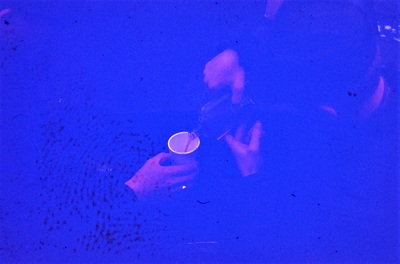 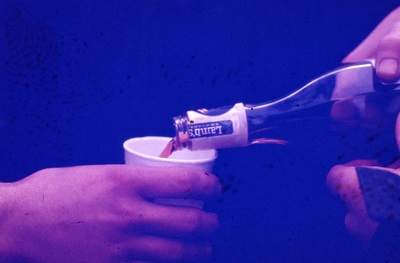 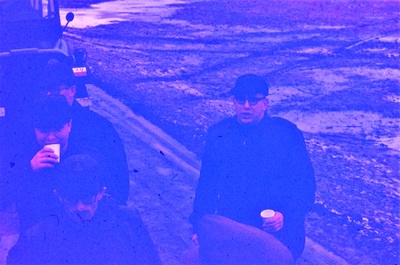 Back to 1972
Copyright © 2015, 2016, 2017, 2018, 2019, 2020, 2021
Webmaster/editor - Leon Jensen, OMM, CD, Commanding Officer 1998-2001, Regimental Sergeant Major 1986-1988
Additional photos and stories as well as comments regarding errors and omissions would be greatly appreciated. ​
​Have I inadvertently placed personal information of yours on line that you don't approve of?
​Please accept my apologies and contact me at president.vcrgunners@gmail.com and I’ll have it removed.