VANCOUVER GUNNERS
Depart with Dignity - Lieutenant-Colonel James Barrett CD
It was a grand evening of recognition of the service, dedication and commitment of Lieutenant-Colonel James D. Barrett, CD (Ret’d), a member of the Canadian Armed Forces for thirty-nine years.  The ceremony and dinner were held in the reception room of The Royal Canadian Legion, Branch #263, in Coquitlam.  The former Honorary Colonel of the Regiment, Ted Hawthorne, was the Master of Ceremonies and the evening’s program included, the arrival of the Special Guest accompanied by Patricia and the tune “Whiskey Jim,”  an introduction and greeting to all of the many guests, and seven presentations (Certificate of the Prime Minister presented by Roger Prouse, Certificate of the Premier presented by Ted Hawthorne, Certificate of the Canadian Army presented by Honorary Lieutenant-Colonel Bill Diamond, Certificate of Service presented by Captain Jiri Motak, the gift and a Canadian Flag presented by Captain Motak, a Veteran’s Pin presented by Lt. (Ret’d) Patricia Barrett, and a Certificate and Flowers presented by Colonel Barrett to Patricia.  Speakers included Colonel Diamond, Former Honorary Colonel Hawthorne (for himself and on behalf of Honorary Lieutenant-Colonel Don Foster, 15th Field, RCA, and Captain (Ret’d) Doug Gayton), John Hooker, 78th Fraser Highlanders and the Guest of Honour, Colonel Barrett.  A delicious dinner followed with a great opportunity for everyone to visit and enjoy the wonderful comradery.
What a great time, Colonel Jim!   Thank you for your service and friendship! 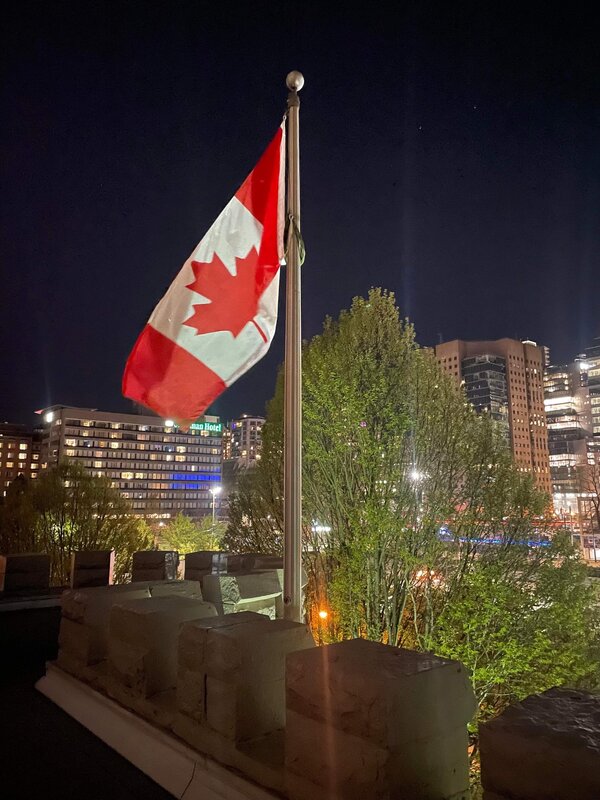 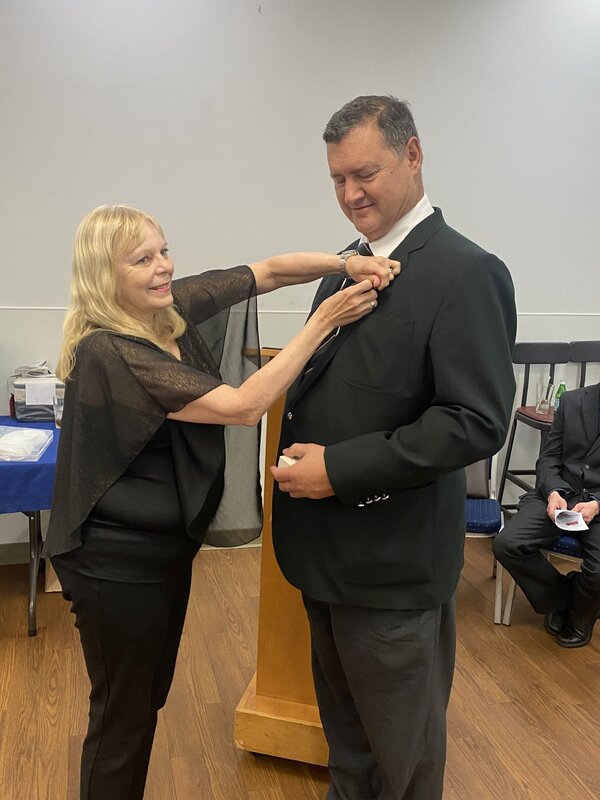 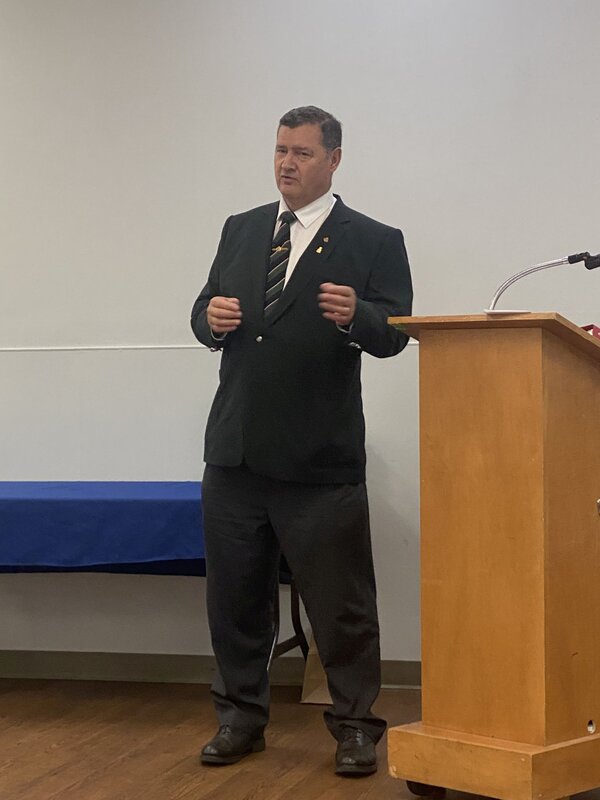 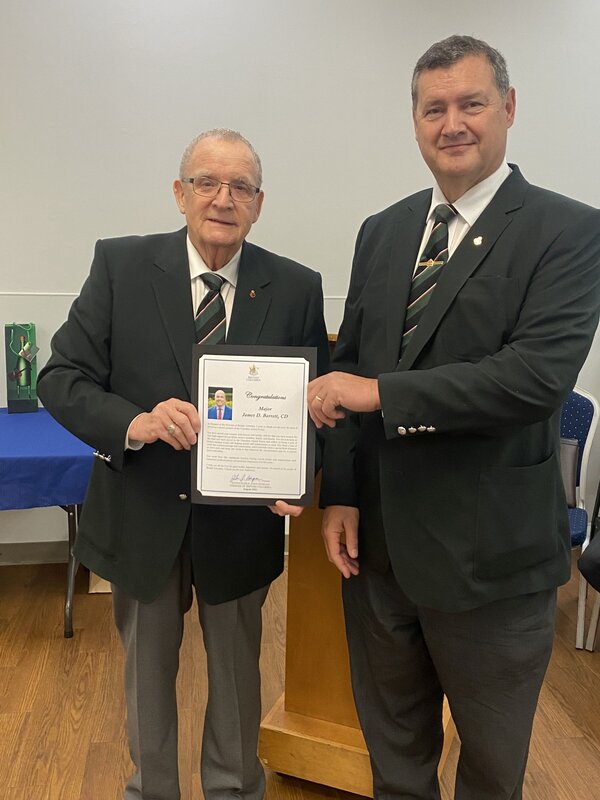 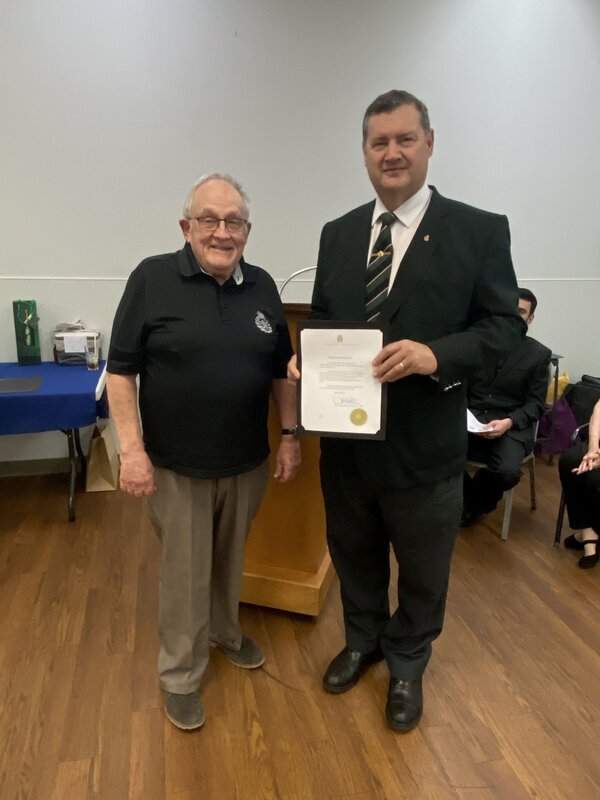 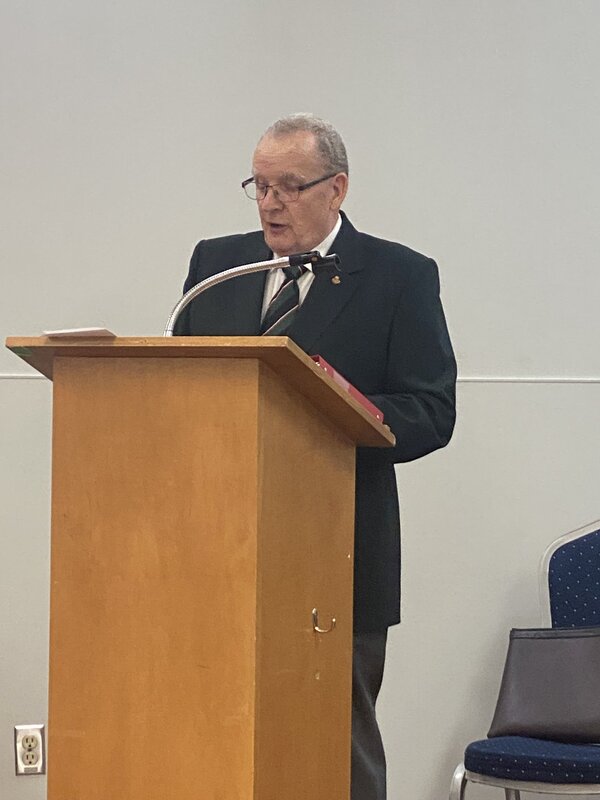 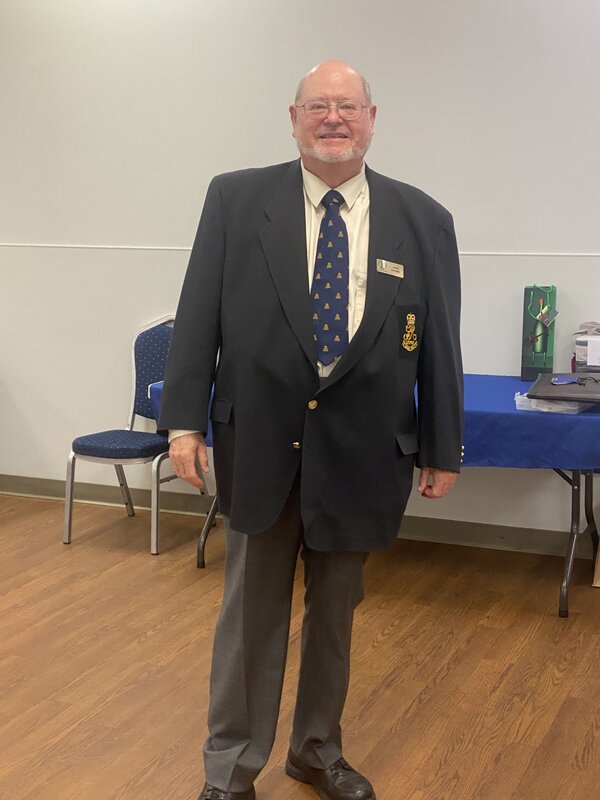 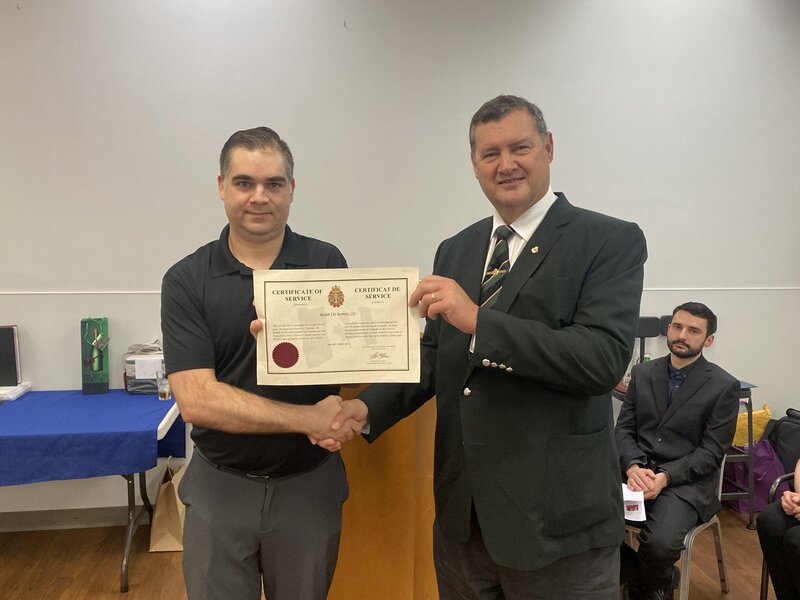 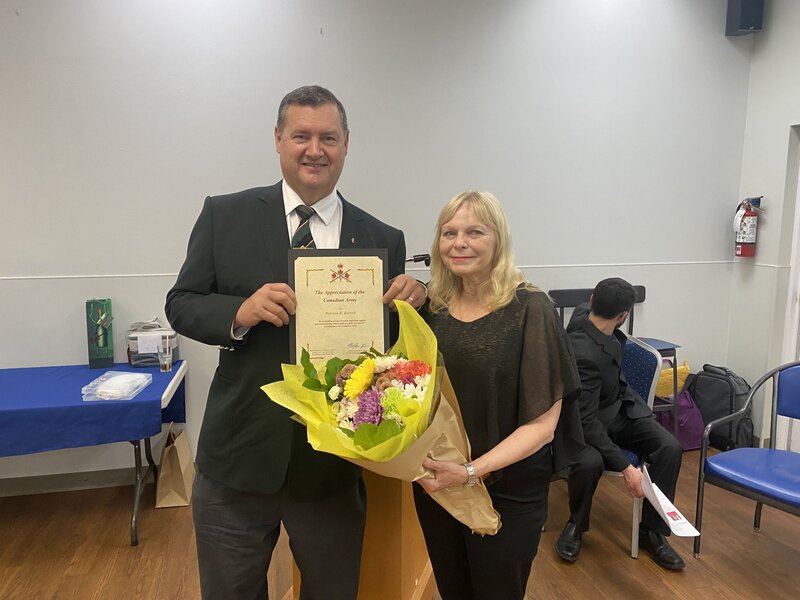 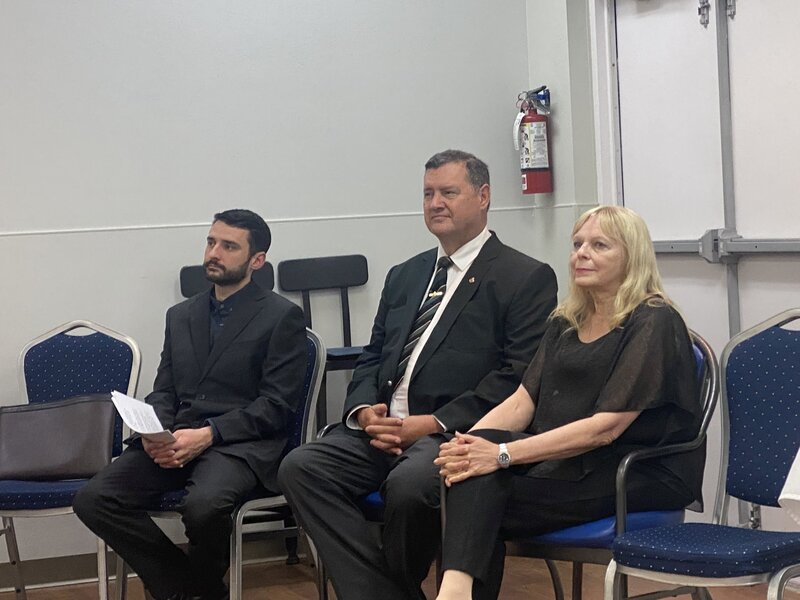 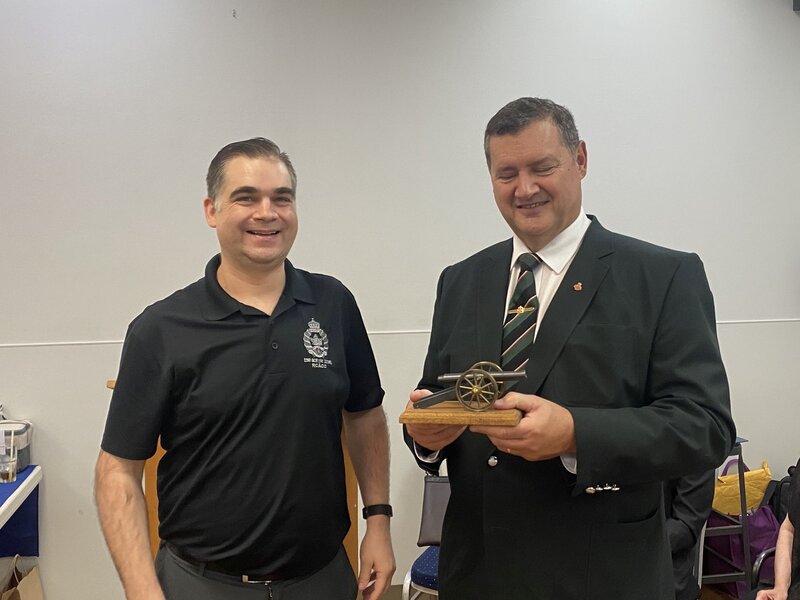 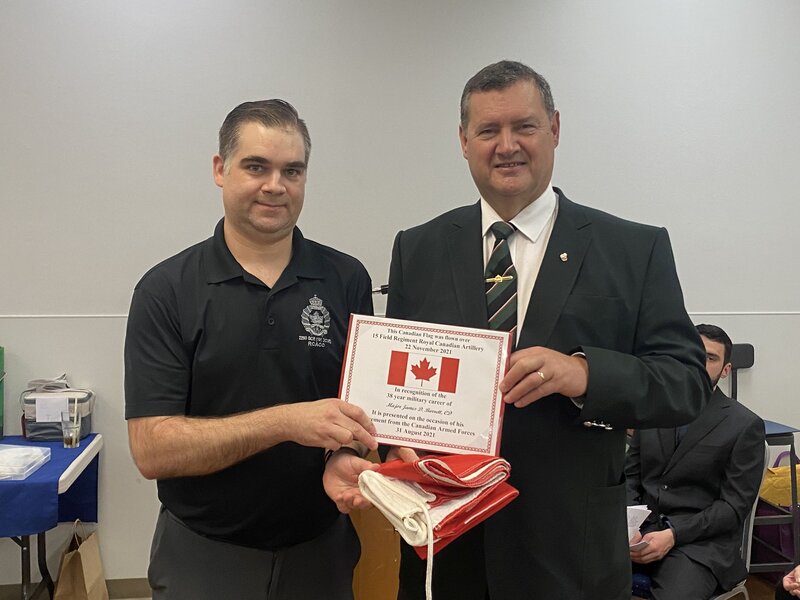 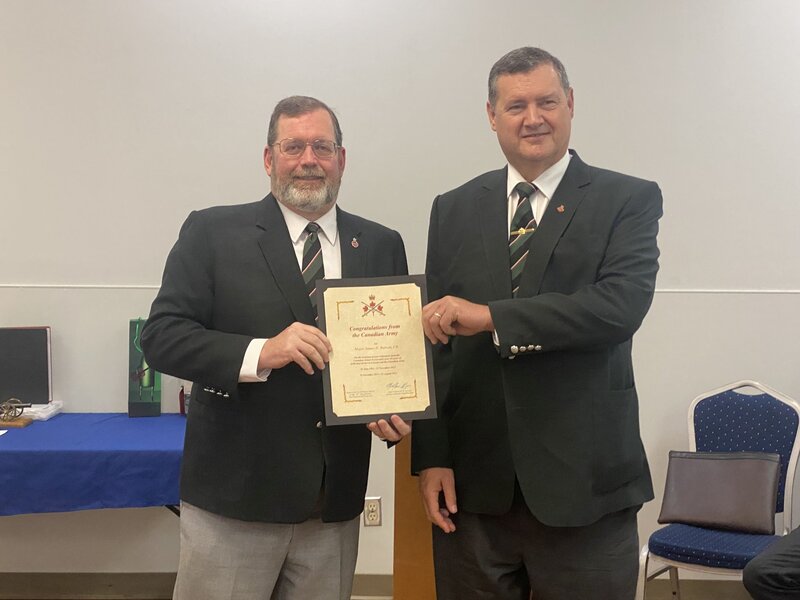 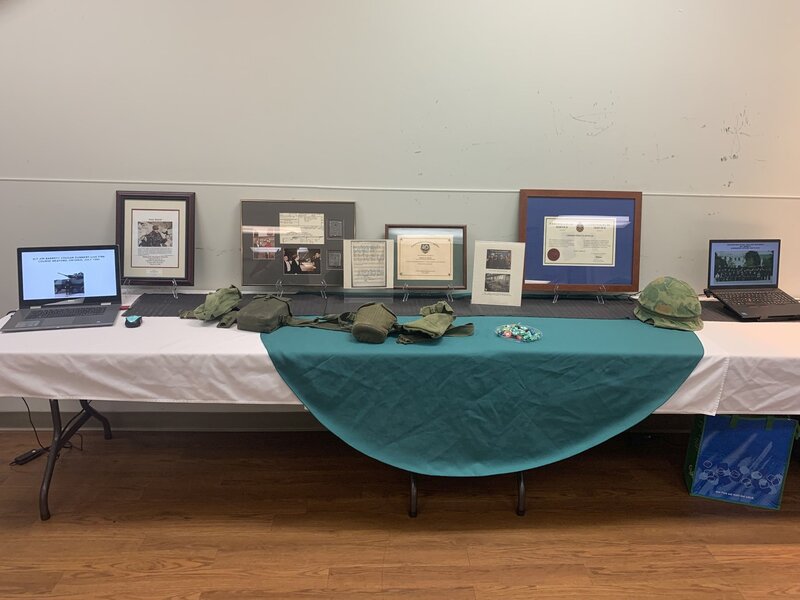 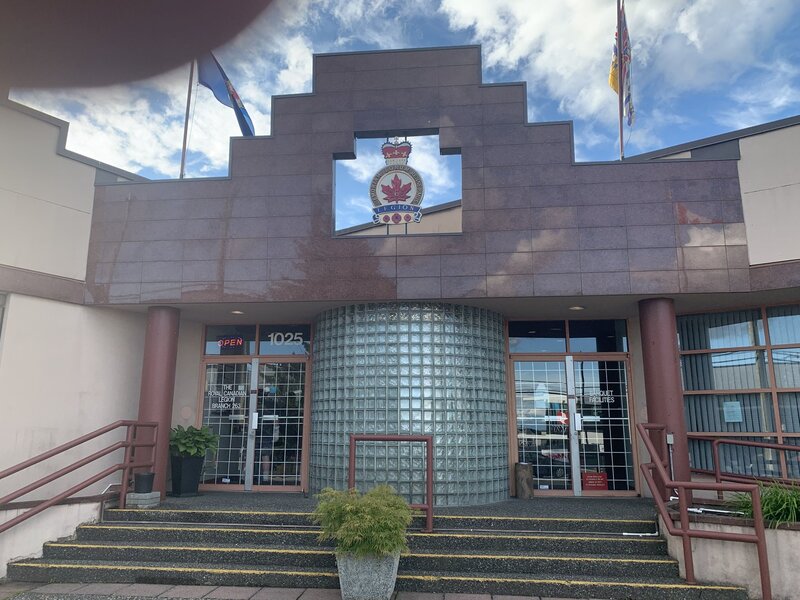 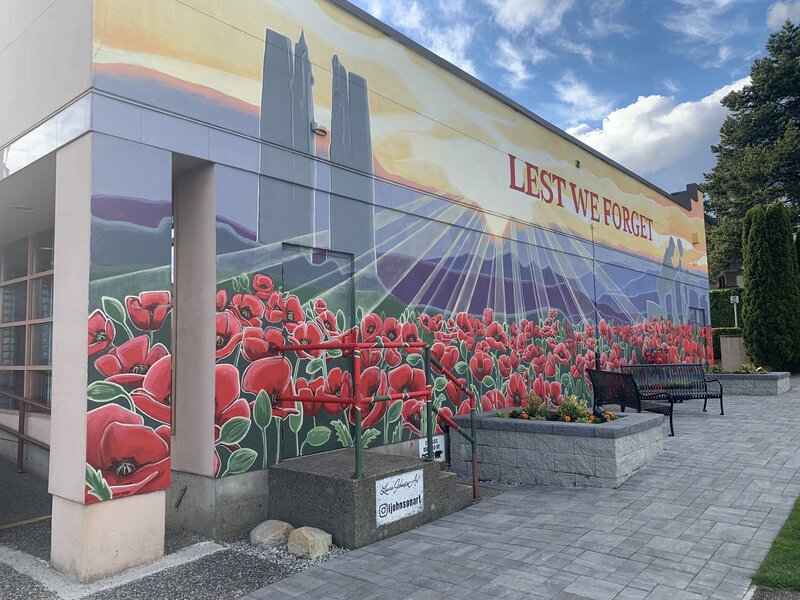 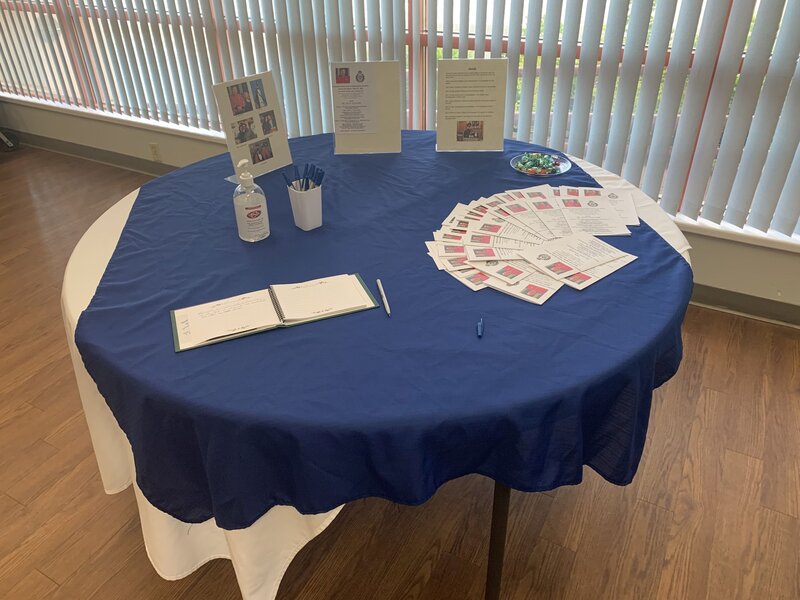 Back to 2022
Copyright © 2015, 2016, 2017, 2018, 2019, 2020, 2021
Webmaster/editor - Leon Jensen, OMM, CD, Commanding Officer 1998-2001, Regimental Sergeant Major 1986-1988
Additional photos and stories as well as comments regarding errors and omissions would be greatly appreciated. ​
​Have I inadvertently placed personal information of yours on line that you don't approve of?
​Please accept my apologies and contact me at president.vcrgunners@gmail.com and I’ll have it removed.