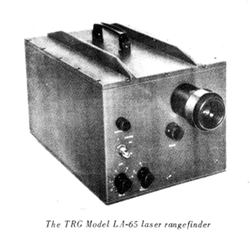 Experimental work with electronic computing machines in connection with missiles, and later adapted to tube-delivered artillery, has made phenomenal progress. Conventional fire control methods based on graphic and manual calculations are too slow and inaccurate for the desired standard of predicted fire. The inaccuracies are not necessarily based on human error, but are caused by calculations based on firing table and graphical data presentations which are only approximations or generalizations and which, in addition, require interpolation. For artillery calculations computers were adapted to fire-direction needs, with the acronym “Field Artillery Digital computer (FADAC)”. “Colonels Robert E Arn and William I King working with technicians at Frankford Arsenal and the Belock Instrument Corporation, developed this gun data computer, which in tests brought down a division-artillery fire mission down to 25 seconds. FADAC uses a pure ballistic solution, versatile enough to permit accurate surprise fires without registration; in its operation it applies corrections for all conditions affecting the projectile approximately each second during its flight, and its trajectory to within 10 meters of the target. Mobility and darkness are no problem for FADAC, nor is weather, which the machine computes for all altitudes through which shells pass… The compute (M18) is a rugged 232 pound digital computer into which a fire mission is fed manually. The target appears as a pip of light on the Electrical Target Map where the gunnery officer can determine its proximity to friendly lines; if the mission is accepted the Gunnery Officer’s Console is used to transmit FADAC’s firing data to a Battery (or Troop) Display unit at the gun battery (position).”…..
Before instant response and predicted accuracy can be achieved, however, there are other areas of the gunnery problem which will require up-dating of equipment and procedures. One of the major difficulties in the successful engagement of a target is target acquisition. Once the target to be engaged has been selected (usually by the supported arm), it becomes the task of the artillery observer to relate the position to the map. Because of the inability of the human eye to accurately estimate range it is generally necessary to carry out a process of ranging (adjustment) with one or more guns in order that the artillery command post can locate the target in terms of map co-ordinates. This process not only wastes a great deal of time and ammunition, but it also provides the enemy with ample warnings and deprives the supported arm of surprise. A major portion of this problem can be solved by the use of a laser range finder. A typical example is the TRG model which has a range of 300 to 10,000 meters. And is accurate to within 10 meters. It is a small, compact instrument capable of taking six range measurements per minute. Equipped with such an instrument, plus a navigational aid for poorly mapped country, the artillery officer could accurately locate any target requested by the supported arm; and by employing a coded burst transmission system could have the required information passed to his affiliated command post in just over one minute. The command post, in turn, could have the firing data computed and disseminated to all the guns in the data-link circuit in less than a minute. The allotment of guns and ammunition and the decision to fire would be made by formation headquarters and disseminated in the space of time required to lay the guns. It is, therefore, conceivable that a complete fire mission from target indication to fire for effect (less time of flight) would take approximately three minutes. Effective fire support produced in such as short space of time would lead the supported arm commander toward complete domination of the battlefield through artillery fire.
The Canadian Gunner, Volume 3, December 1967, page 11/12
Back to 1967