VANCOUVER GUNNERS
Equipment News - THE ODIN COMPUTER SYSTEM
Lieutenant C.R. Anderson
“Bureaucracies well suited to tasks that require masses of moderately educated men to perform routine operations, and, no doubt, some such operations will continue to be performed by men in the future, yet it is precisely such tasks that the computer and automated equipment do far better than man.”
Alvin Toffler
In March 1971 2 RCHA conducted firing trials on the Odin Computer System which includes a general purpose computer, a laser range finder and a muzzle velocity analyser. Members of the Regiment were very impressed with all three pieces of equipment and in general consider the Odin System to be superior to contemporary British and US designs. The following paragraphs are a layman’s attempt to describe the system in language that a GPO might understand.
The Odin System was designed by Norwegian engineers in close consultation with Norwegian gunners to automate the manual computation system now in use by the Royal Norwegian Artillery. The Norwegian system, incidently, is very similar to the Canadian.
The Odin is based on the Norwegian SM-3 general purpose computer, an integrated circuit type. The SM-3 has a basic memory of 16,384 words each of 16 bits with a capability of expansion to 65,536 words. The SM-3 is a small machine slightly over two feet in width, 18 ½ inches high and 15 ½ inches deep. The weight is approximately 200 lbs including power cable, and the general layout can be seen in Fig. 1 below.
In Fig. 1 the computer is shown equipped with the Field Artillery Panel which includes the Artillery program. In this configuration there is no add-on hardware required with the exception of a vehicle mounting kit. The Odin operates on 24 volts DC with a power consumption of 350 watts per hour and can, therefore, be operated from an unmodified standard vehicle. The system operates through a temperature range of -40 to 55 degrees C. The Field Artillery Panel was designed with the operator in mind and ease of operation a paramount consideration. Because over 60 different inputs are required in the computation of firing data, Norwegian engineers decided not to employ a matrix of the FADAC type because of the slowness of entry and liability of operator error. Instead, in the Odin system, all problems are grouped according to category and each category requires only up to eight inputs by the operator which are displayed for a visual check and may be corrected if erroneous information has been entered.
An attempt will now be made to describe how the computer solves the typical gunnery problems. Refer to Fig. 2. Note the category selector switch shown in the lower left hand corner. The Odin is a very easy computer to operate. Artillery technicians of 2 RCHA were trained to perform all normal operations in about three hours. Maintenance appears to be simple and the hardware extremely rugged. Odin is fast and reliable, gun data being produced in about 10 seconds. Breakdowns were few and simple to correct.
In summary, the Odin computer and its associated equipment seems to be ideally suited to the roles of the Royal regiment of Canadian Artillery. Ultimately it could save us considerable training time and perhaps reduce the number of Artillery technicians required. Those of us in Petawawa who were exposed to the Odin computer sincerely hope that a computer system of this type will be procured in the near future.
(A more complete article is contained in Edition 6/3 September 1971 of the Mobile Command News Letter)
The Canadian Gunner 1971, Volume 7, December 1971 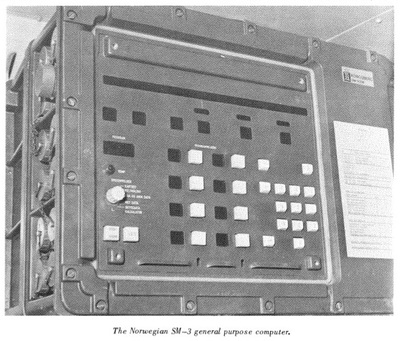 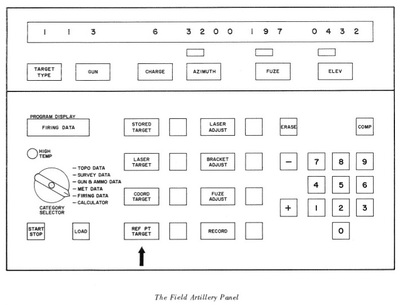