VANCOUVER GUNNERS
Exercise Target Round, Chilliwack, BC
20-22 November 1992
RSO        Captain Leon Jensen
More photos from the Amnon Lichtmann collection. I might have this in the wrong year but that's because everyone is wearing their raincoats and I can't see their ranks! It's definitely Chilliwack and it appears to be Captain Leon Jensen as the Range Conducting Officer (RCO) with Lieutenant Kent Wickens as an Assistant RCO and Captain Ron Mathews as the Range Safety Officer (RSO). The relay, from the right, appears to be Donato Calogero, Nick Watts, Layne Yoshimaru and John McClelland.
After the C7 Personal Weapons Test (PWT) it's time for the C9 Light Machine Gun (LMG) refresher. Captain Leon Jensen adopts the classic 'hands on hips' stance while watching down range. Sergeant Donato Calogero firing in the rain..
​That could be Lieutenant Kent Wickens firing with Sergeant George Dempsey on the left.
Captain Ron Mathews climbing the firing point, checking his watch, while Sergeant Amnon Lichtmann awaits his turn wearing his ammunition allocation.
Throw in a 9mm pistol shoot at the end with Sergeant Keith Laing firing while Sergeant Donato Calogero observing. Back at the wagon lines, Warrant Officer Brian Hill supervises coffee. I see Rick Tennant, Glen? Campbell, Ken Chiu, Oliver Young. 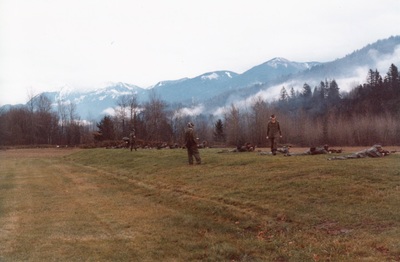 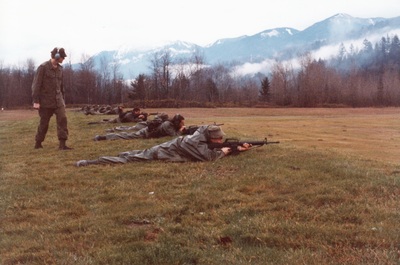 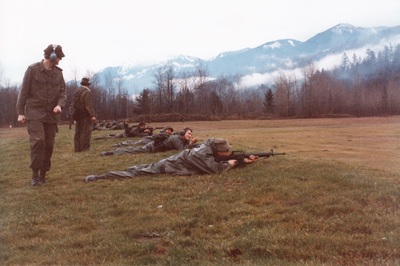 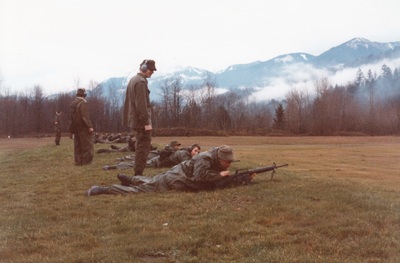 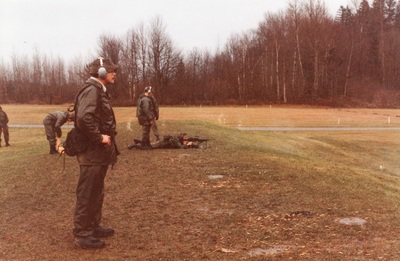 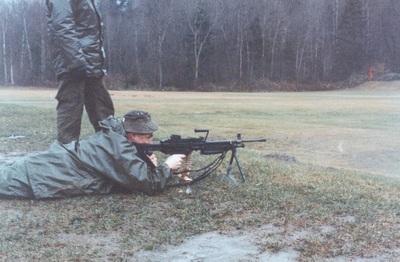 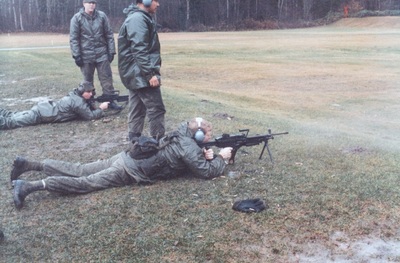 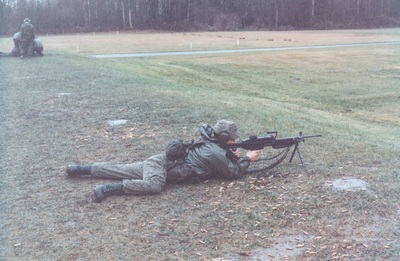 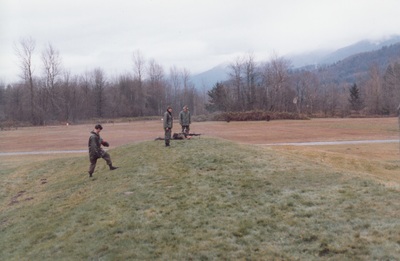 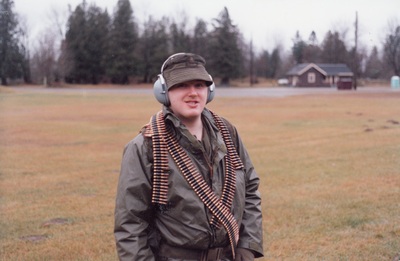 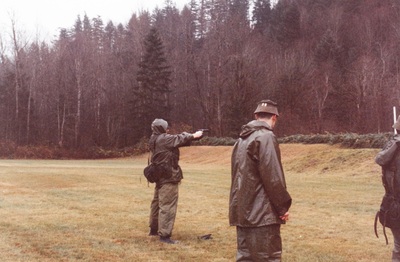 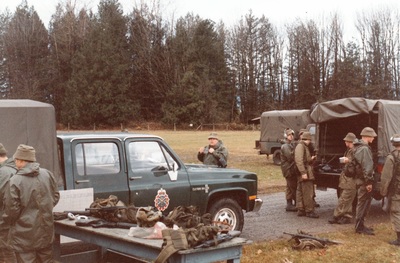 Back to 1992
Copyright © 2015, 2016, 2017, 2018, 2019, 2020, 2021
Webmaster/editor - Leon Jensen, OMM, CD, Commanding Officer 1998-2001, Regimental Sergeant Major 1986-1988
Additional photos and stories as well as comments regarding errors and omissions would be greatly appreciated. ​
​Have I inadvertently placed personal information of yours on line that you don't approve of?
​Please accept my apologies and contact me at president.vcrgunners@gmail.com and I’ll have it removed.