VANCOUVER GUNNERS
Fort Lewis - May 1980
It appears to be Gunner Layne Yoshimaru as the number 2 but I need some assistance in determining the other members of the detachment. Major R Vic Stevenson with Lieutenant Peter Moogk at the gun line and Warrant Officer Mark Jackson listening in at the Command Post. The cadets go through the food line up with Corporal Laura Ritchie, Corporal Jennfer Ritchie, Corporal Sonja Benes, Warrant Officer Gordie Wright and others manning the hayboxes. The Honorary Colonel Graham Blyth receives his lunch from the Battery QM staff as members of the Firing Battery line up behind. Another view of the hot rations brought to the field. Warrant Officer Dave Levien, Lieutenant Dan Rodriguez from the US Army, Warrant Officer Gordie Wright, unknown, Corporal Sonja Benes and Corporal Laura Ritchie. 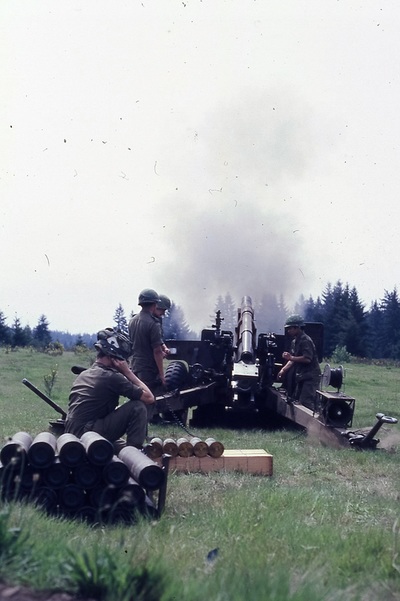 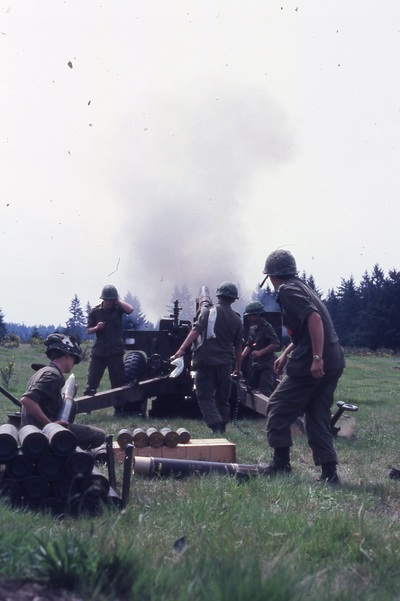 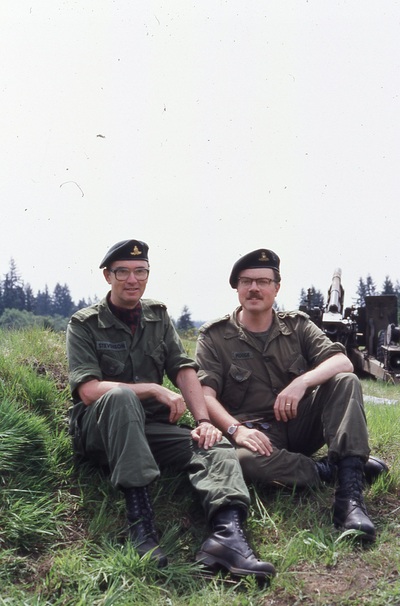 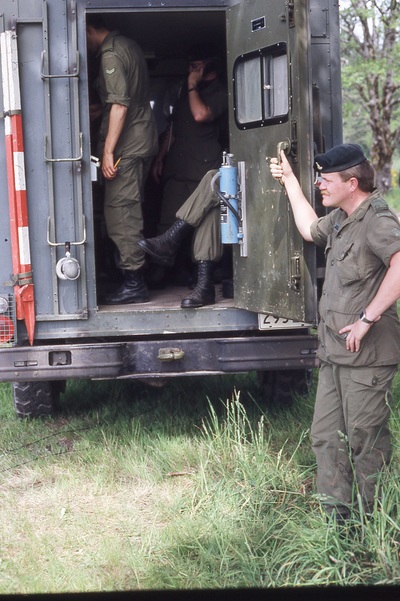 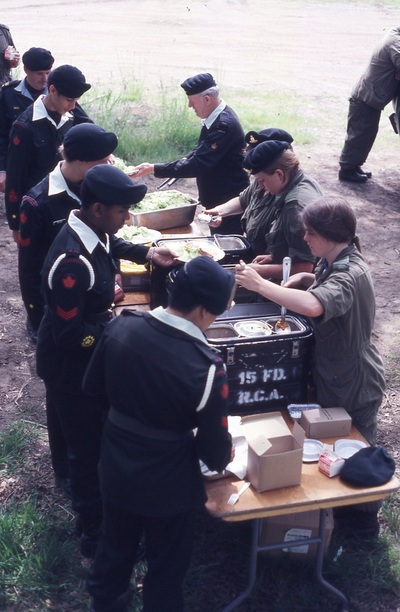 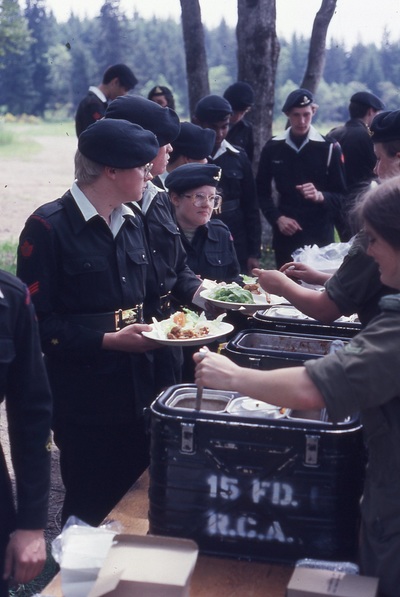 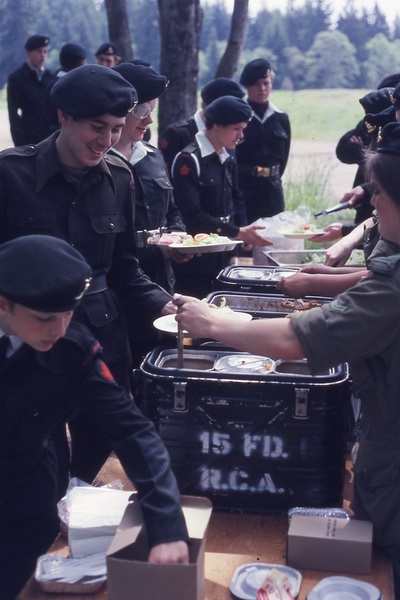 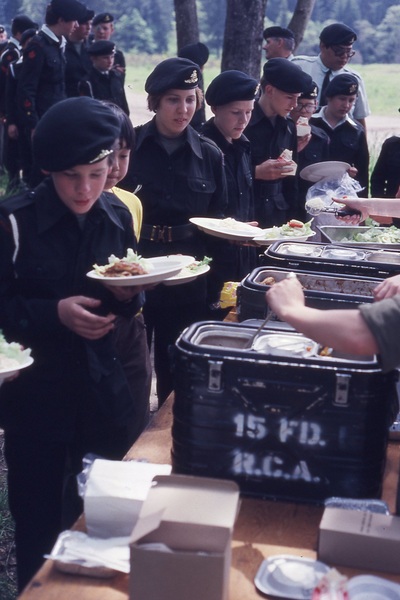 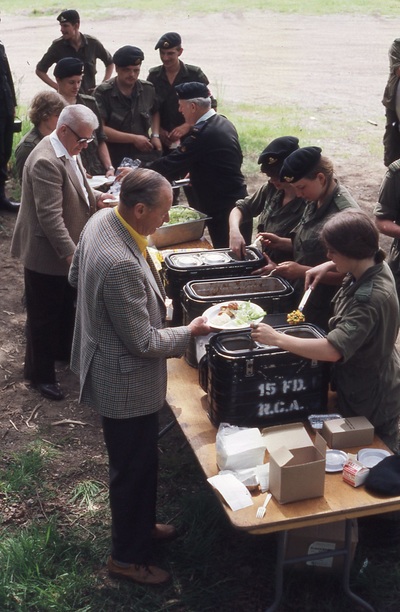 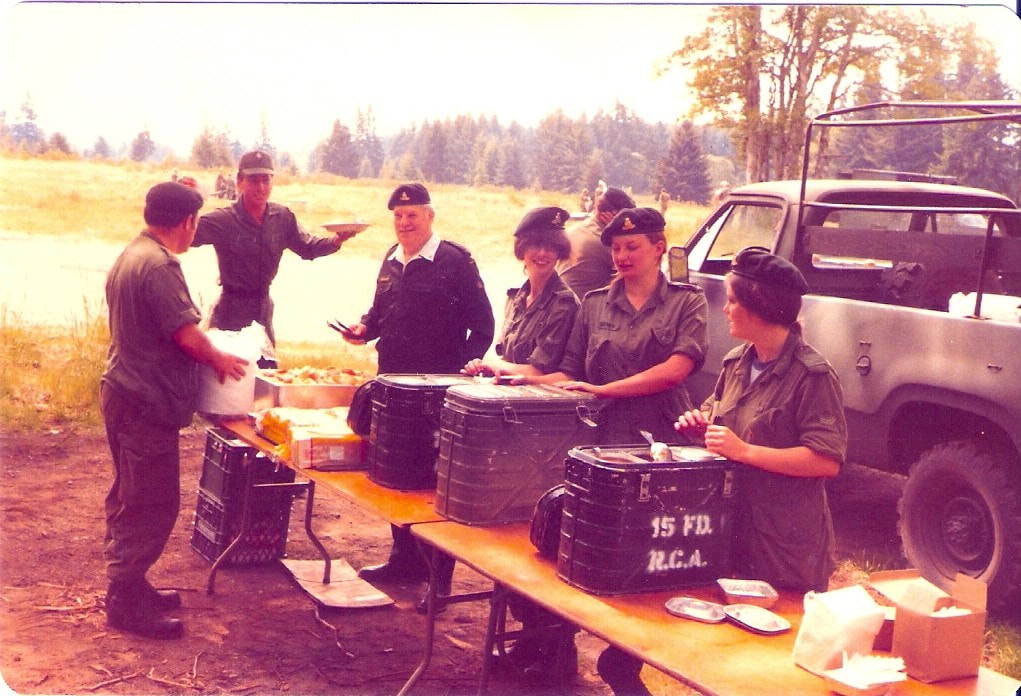 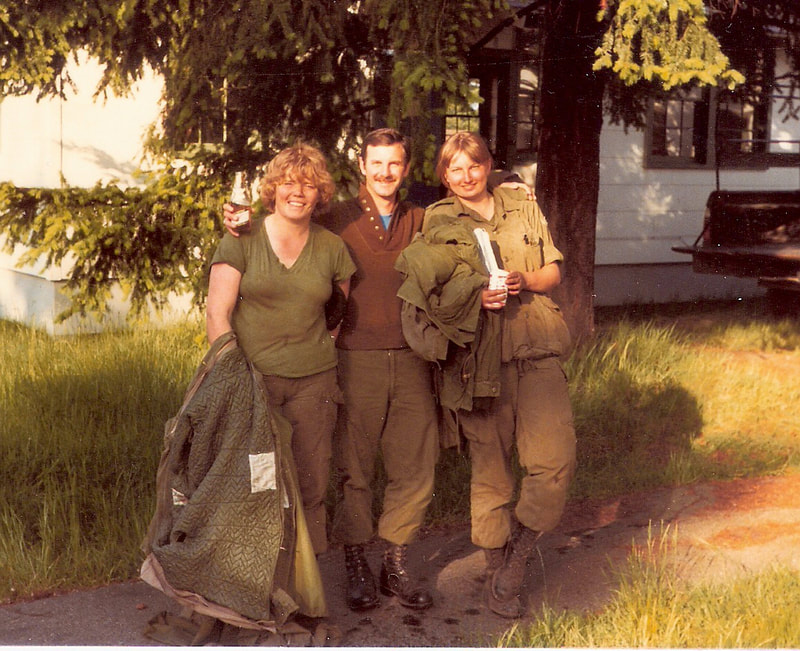 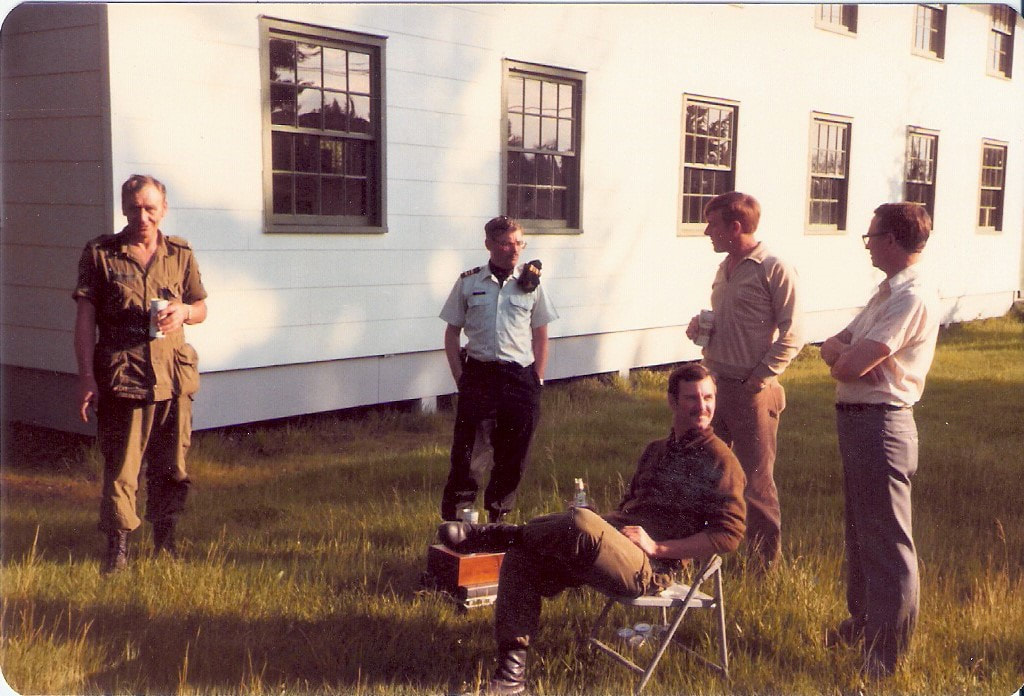 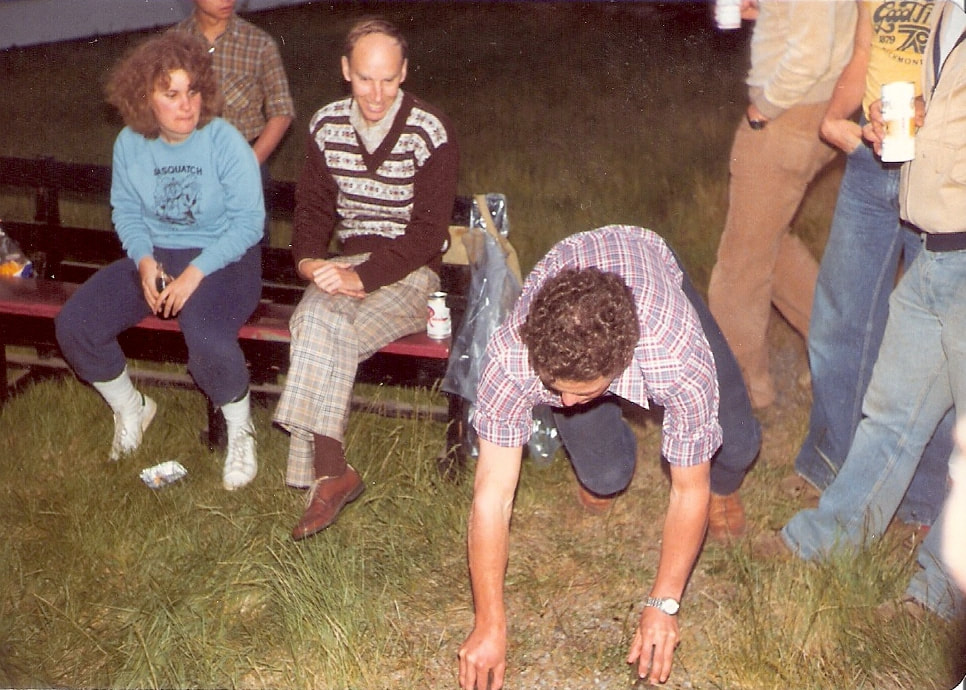 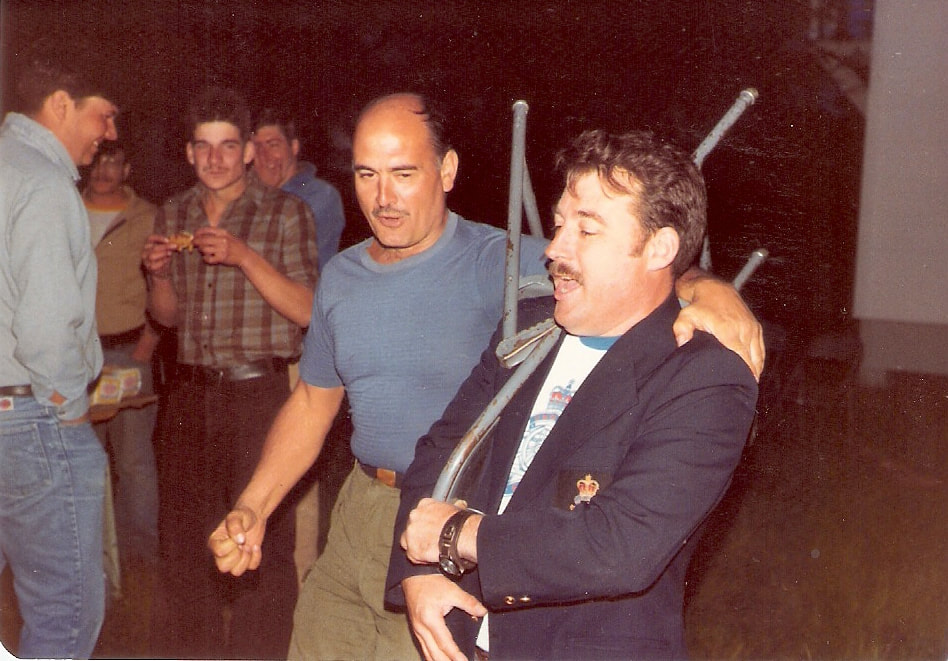 Corporal Jennifer Ritchie, Captain John Carter and Corporal Sonja Benes with the first beer of the Smoker. Is this the second beer? Master Bombardier McGinley, Major Bob Mugford, Captain John Carter, Captain John Hawthorne and Major Vic Stevenson. Later in the evening, we have some unidentified individuals demonstrating their sobriety (or lack of it?) by performing the Bottle Walk. Of course the evening is not complete without Sergeant Dave Levien and Captain Frank Forbes performing some Scottish lament with a chair.
Back to 1980