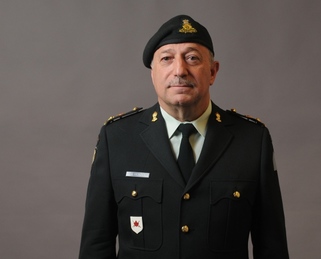 De Genova appointed Honorary Lieutenant-Colonel to 15th Field Regiment
Honour House founder and former park board commissioner Allan De Genova couldn’t be prouder of his most recent appointment, that of Honorary Lieutenant-Colonel to 15th Field Regiment.
“After all of my work with Honour House, I am proud to wear this uniform,” De Genova told the Courier during an interview Monday morning. “I want those men and women to know I am here to serve them.”
Honour House, which opened in New Westminster in June 2011, is a home-away-from-home for Canadian Forces personnel, veterans, first-responders (ambulance paramedics, firefighters and police) and their families while receiving medical care and treatment in the Metro Vancouver area. De Genova fought tirelessly for years to make the home a reality and now has plans to expand the much-needed program across Canada.
De Genova said from the moment he was approached to take the honorary position, he was determined to make the most of the opportunity, both for the regiment and personally. The 58-year-old started shaping up in order to keep up with the younger troops he now helps command and has so far attended training camps in Chilliwack and Fort Lewis, Wash. Looking trim and fit in his dress service uniform, boots polished to a glossy shine, De Genova looked every part the soldier as he spoke about his decision to become as entrenched in the position as possible.
“I can assure Canadians I will be the first to serve if called on,” said De Genova. “And I want the over 50 crowd to know it’s never too late to serve your country.”
Because 15th Field is an artillery regiment, the realtor-by-day is also being trained in the use of heavy weapons. And as much as De Genova attempted to maintain his professional, military composure while speaking about his training, he couldn’t help but smile as he spoke of his newly honed skills.
“I shot a 105 Howitzer at targets four and five kilometres away,” De Genova said of the small cannon-like weapon. “When these reservists train, it’s like the real situation and they are in the moment.”
De Genova wants to use his years of business experience and contacts to raise funds for reserve corps across the province and increase awareness about the important work they provide both at home and overseas.
“When the big one [earthquake] hits this province, and we all know it’s a matter of when and not if, these reservists will be the first ones to respond and the last ones to leave after the cleanup,” said De Genova. “I plan to be beside them every step of the way.”
De Genova hopes his new role with the military will strengthen the bond he’s already enjoying with first responders serving across the province, including fire, police, ambulance and paramedics.
“I promise all of those men and women who serve, I will earn this uniform,” said De Genova. “This is my calling.”
The 15th Field Regiment, part of 39 Canadian Brigade Group of the 3rd Canadian Division, formed in 1920. During the Second World War the brigade manned heavy artillery protective forts once located along the West Coast to protect the Port of Vancouver. Following the end of the war, the brigade turned its attention from the water inland and became a field unit. The 15th Field Regiment, originally based out of the Vancouver Horse Show building near Stanley Park, is today located at the Bessborough Armoury on West 11th Avenue near Arbutus Street.
De Genova will act as reviewing officer when the 15th Field Artillery Regiment Royal Canadian Army Cadet Corps 62nd Annual Ceremonial Review takes place Saturday, June 6, at 1 p.m. at Bessborough Armoury, 2025 West 11th Ave. Please be seated by 12:45 p.m. Proceeds from a silent auction will benefit the cadet corps.
sthomas@vancourier.com @sthomas10
© 2015 Vancouver Courier - See more at: http://www.vancourier.com/news/honour-house-founder-walks-the-walk-1.1947663#sthash.Uc22UDsc.dpuf
Sandra Thomas / Vancouver Courier May 26, 2015 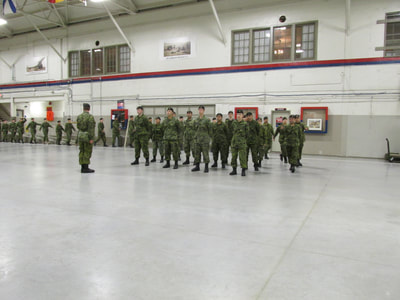 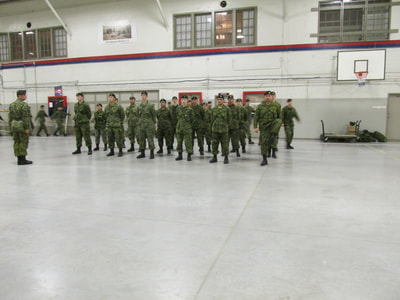 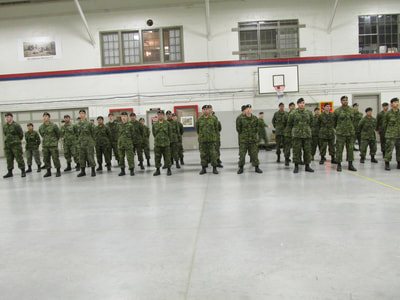 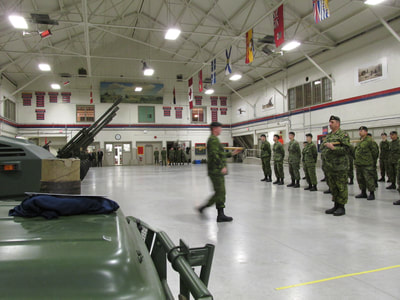 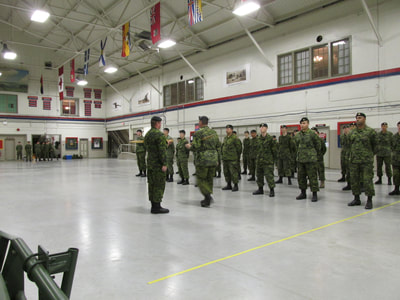 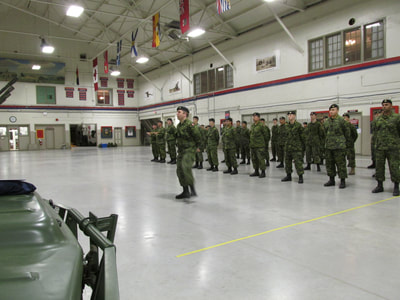 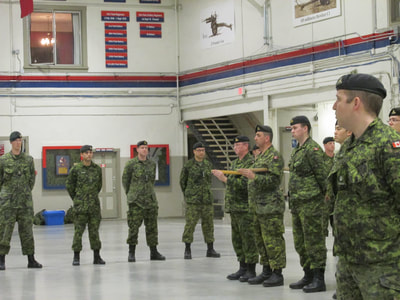 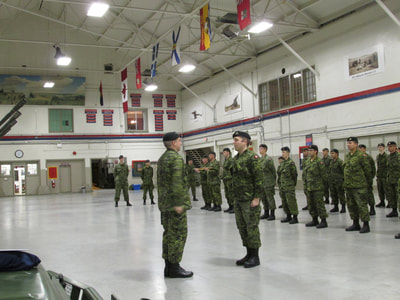 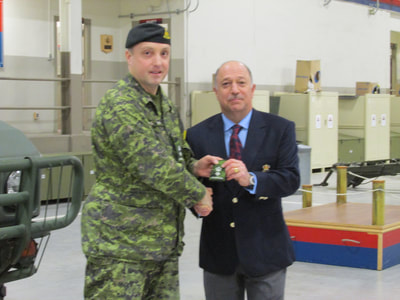 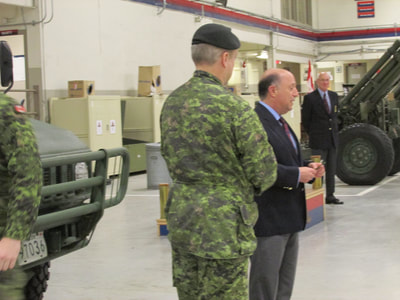 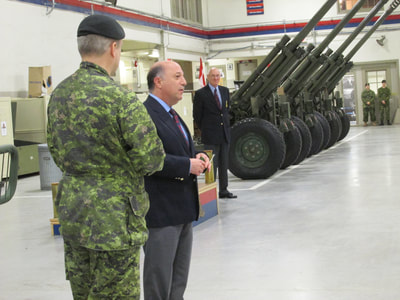 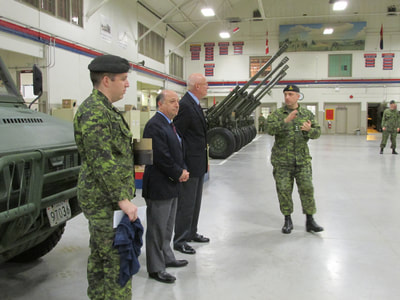 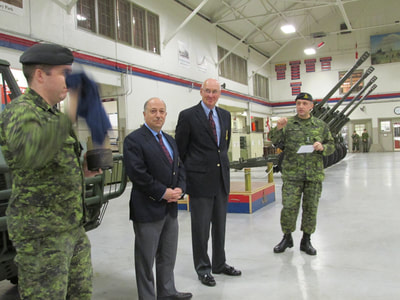 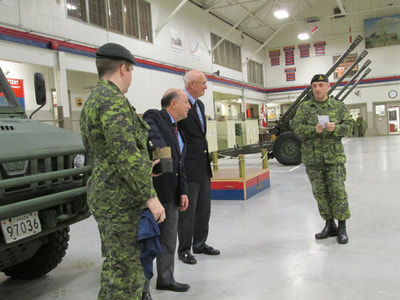 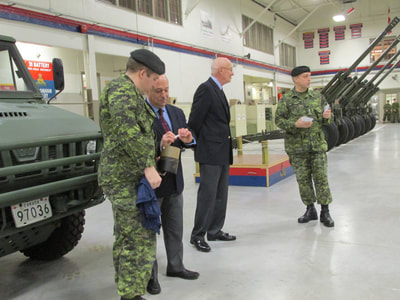 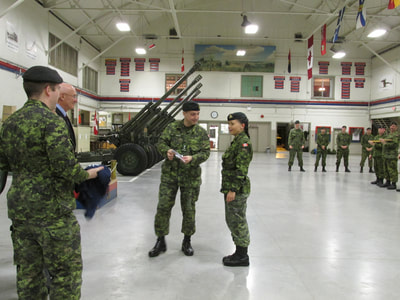 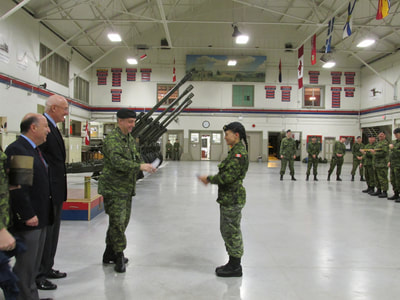 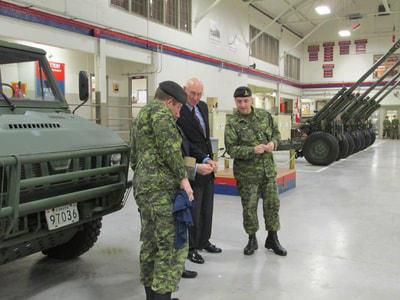 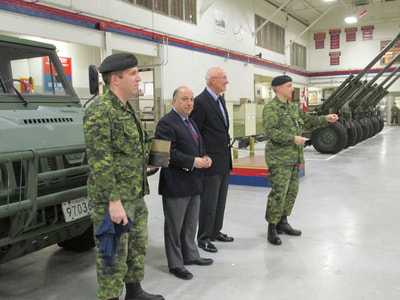 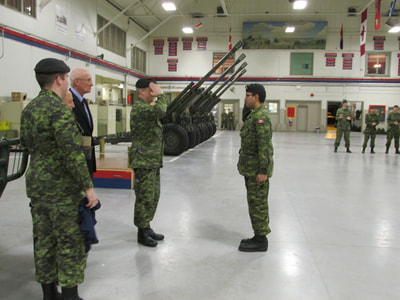 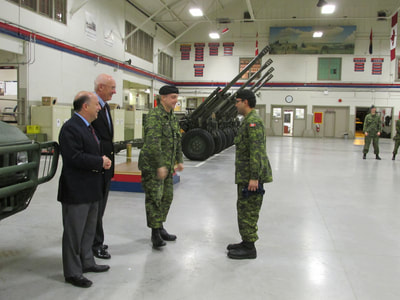 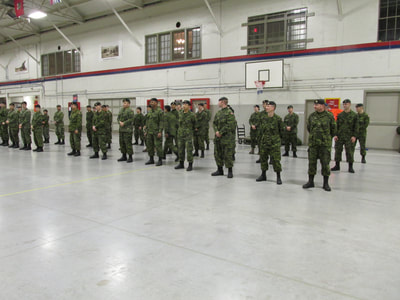 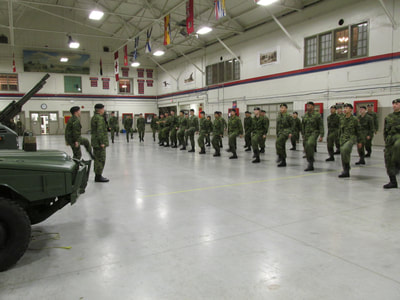 Back to 2015
Copyright © 2015, 2016, 2017, 2018, 2019, 2020, 2021
Webmaster/editor - Leon Jensen, OMM, CD, Commanding Officer 1998-2001, Regimental Sergeant Major 1986-1988
Additional photos and stories as well as comments regarding errors and omissions would be greatly appreciated. ​
​Have I inadvertently placed personal information of yours on line that you don't approve of?
​Please accept my apologies and contact me at president.vcrgunners@gmail.com and I’ll have it removed.