VANCOUVER GUNNERS
Honour Ranch
Our Honorary Colonel Allan De Genova is also the President of the Honour House Society which established and maintains Honour House in New Westminster. Honour House is a refuge, a “home away from home” for members of our Canadian Armed Forces, Veterans, Emergency Services Personnel and their families to stay, completely free of charge, while they are receiving medical care and treatment in the Metro Vancouver area. Honour House began operation in 2009. and to date more than 10,000 free nights have been offered.
The idea for Honour Ranch came several years ago. However, all great intentions take time to come to fruition. Volunteers and donors ensured that the project moved forward and Honour Ranch was officially opened on Saturday, 5 October 2019. Honour House sends their thanks to all the men and women of the Canadian Armed Forces who gave up their Victoria Day  long weekend to come and help at Honour Ranch in beautiful Ashcroft, BC!! "We very much appreciate the amazing support and the incredible amount of hard work that you all did. So much accomplished".
​Nestled in the Thompson River Valley, 12 kilometres south of the historic village of Ashcroft, Honour Ranch provides the much needed space and facilities for our uniformed personnel to learn healthy strategies to cope with operational stress injuries, such as PTSD. This 120-acre property offers a tranquil and secluded setting to help heal the body, mind and spirit.
Honour Ranch is a new step in answering the call of our country and communities.
The Band of the 15th Field Artillery Regiment RCA and a host of dignitaries were there for the ceremonial launch. 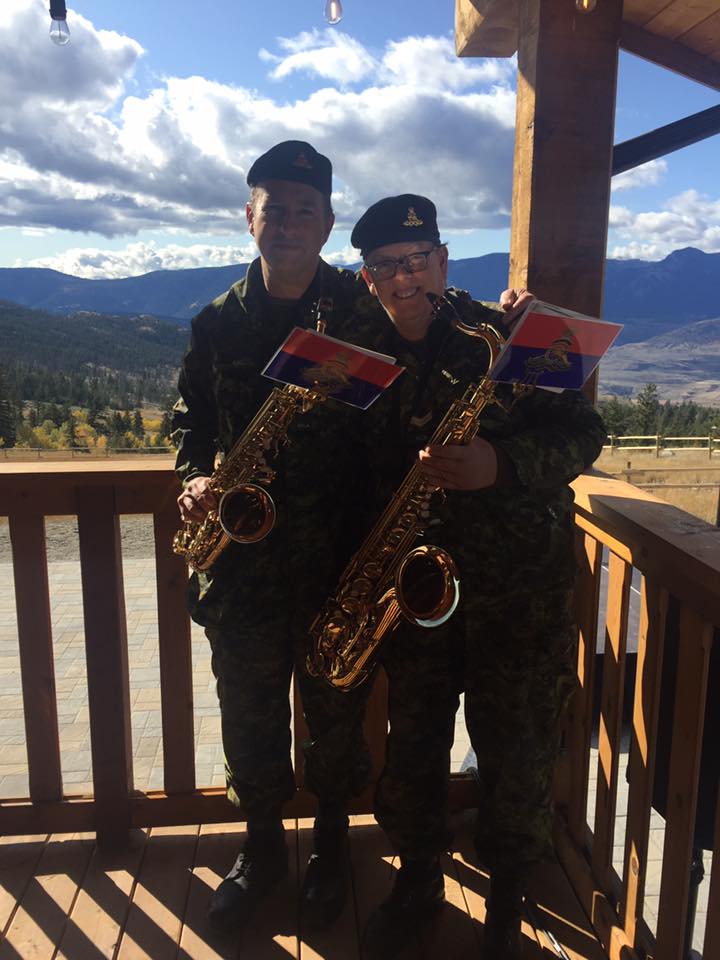 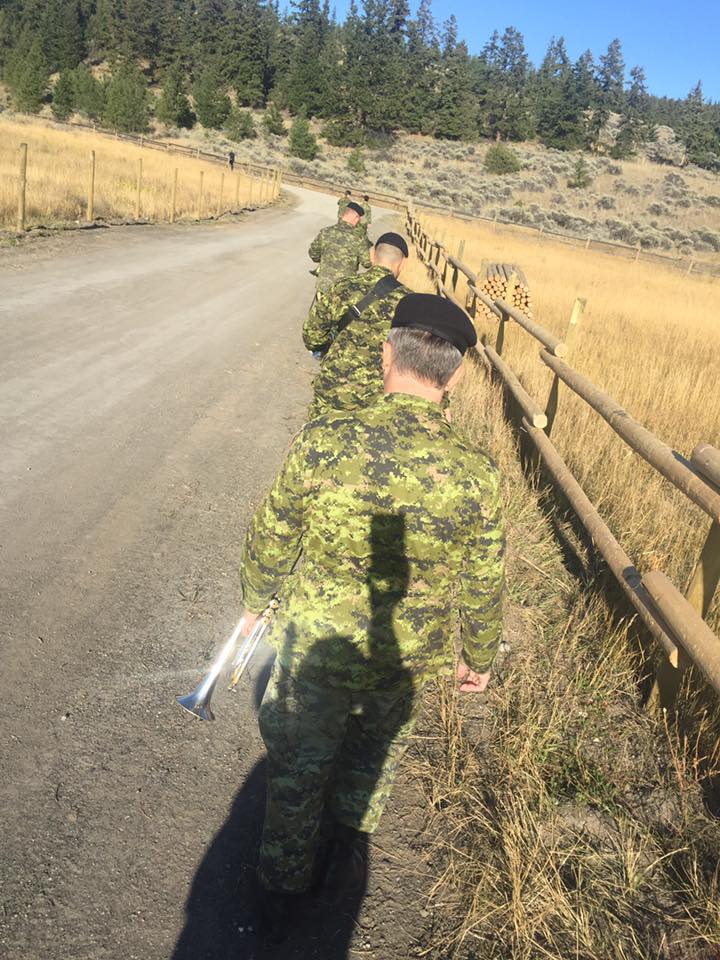 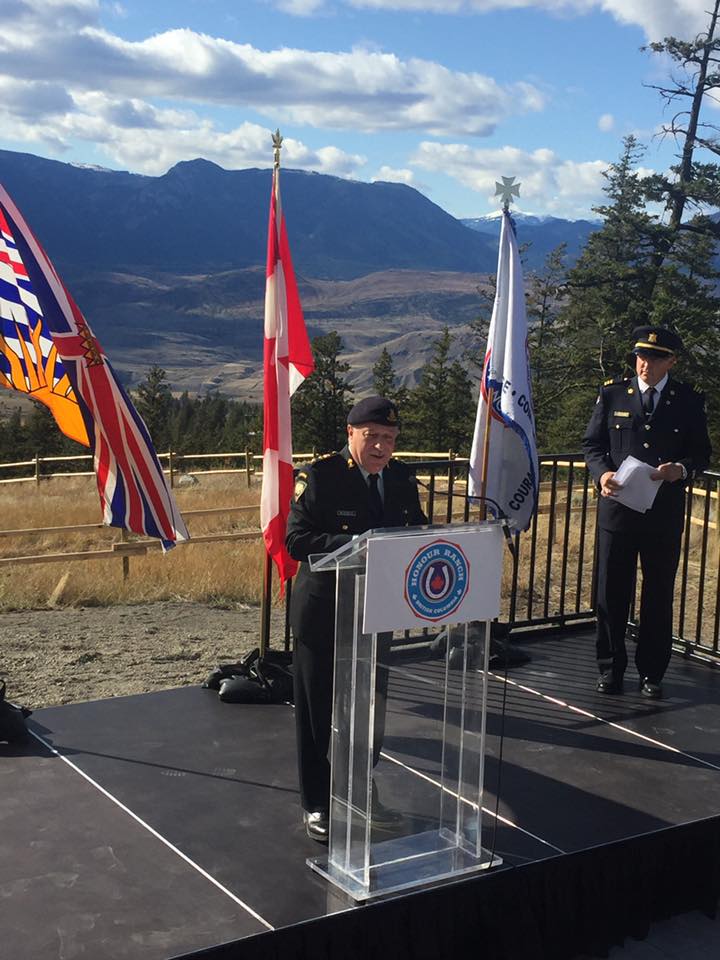 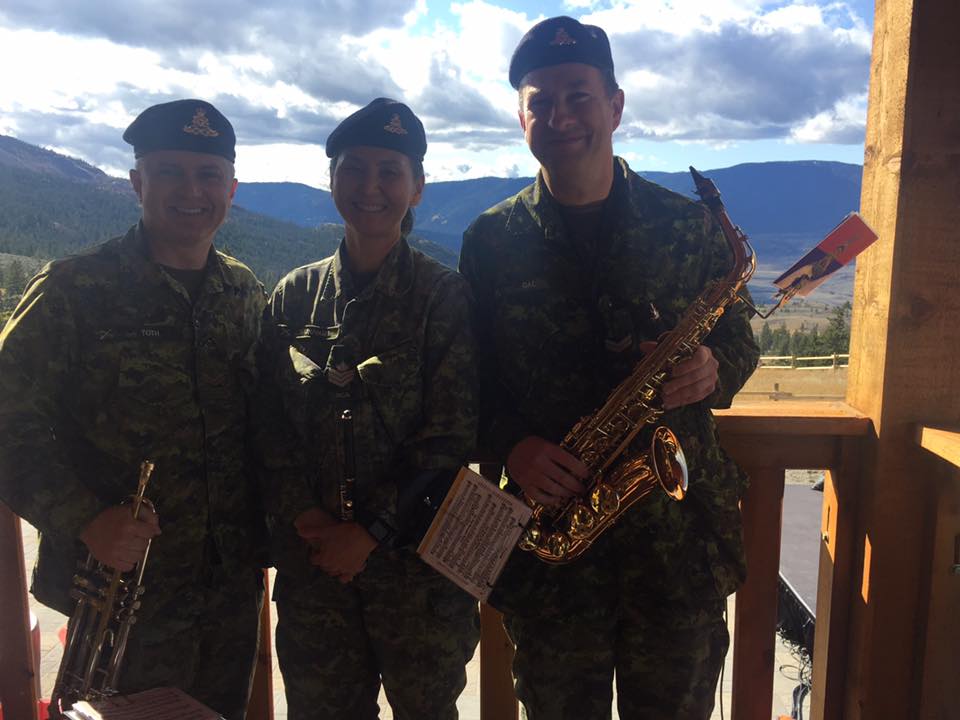 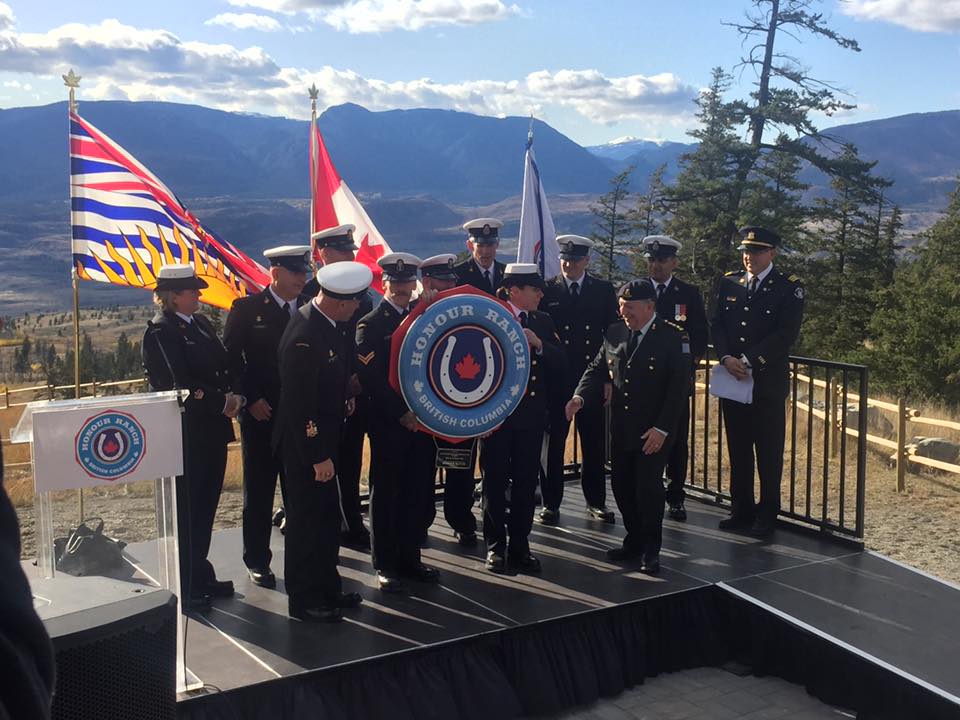 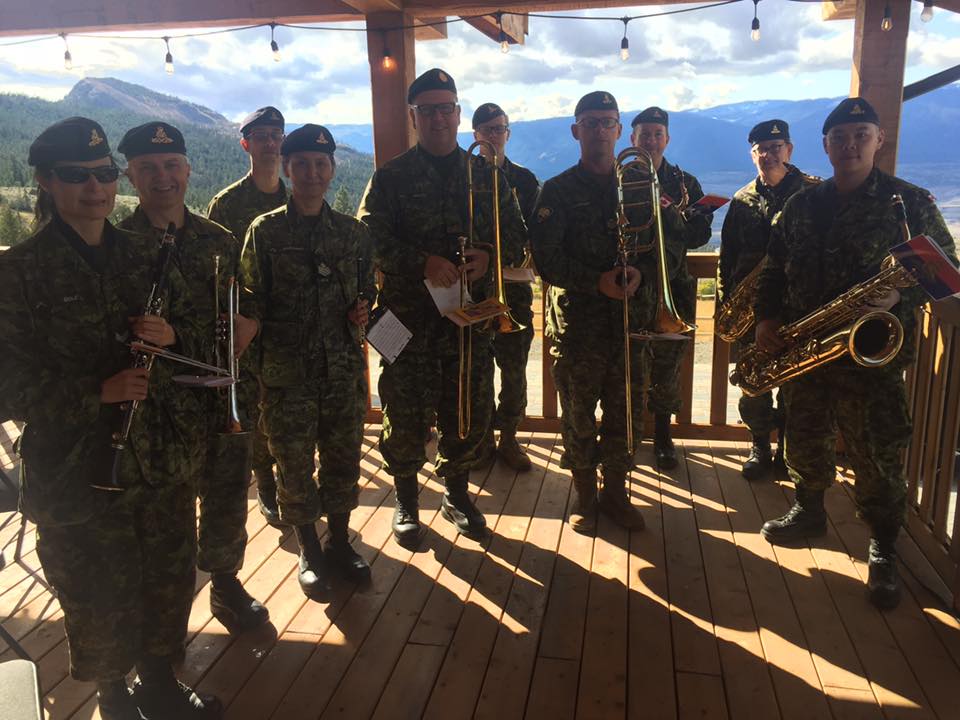 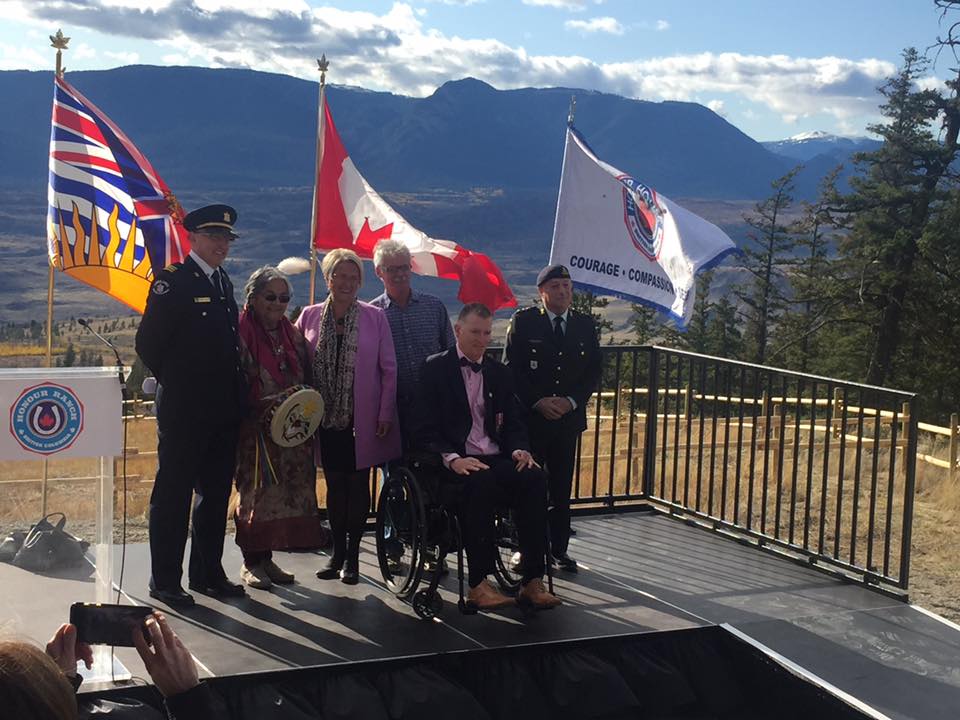 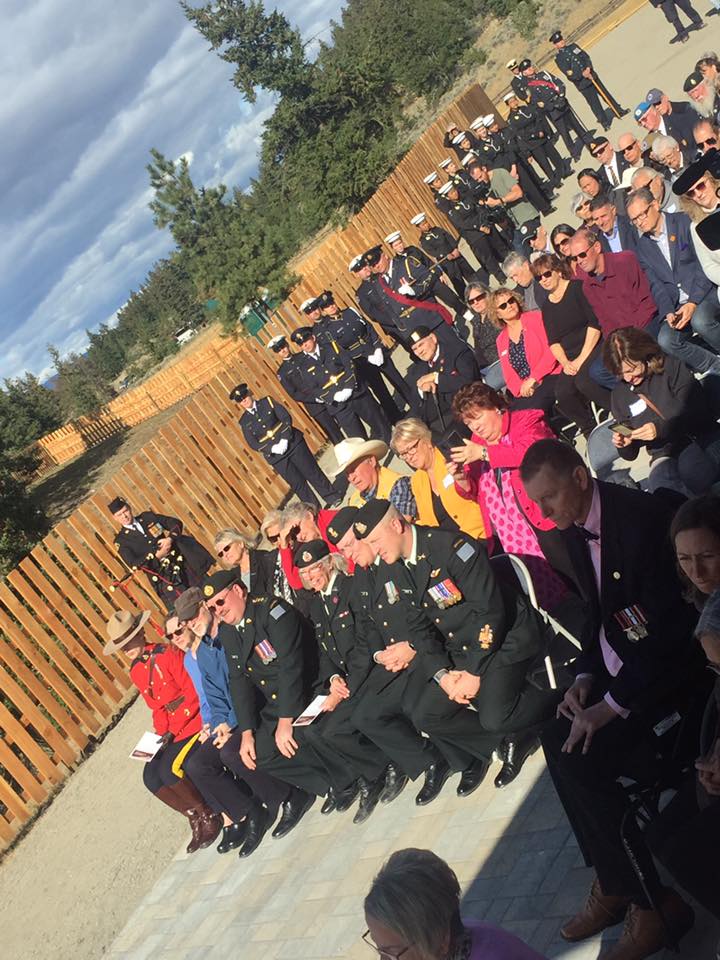 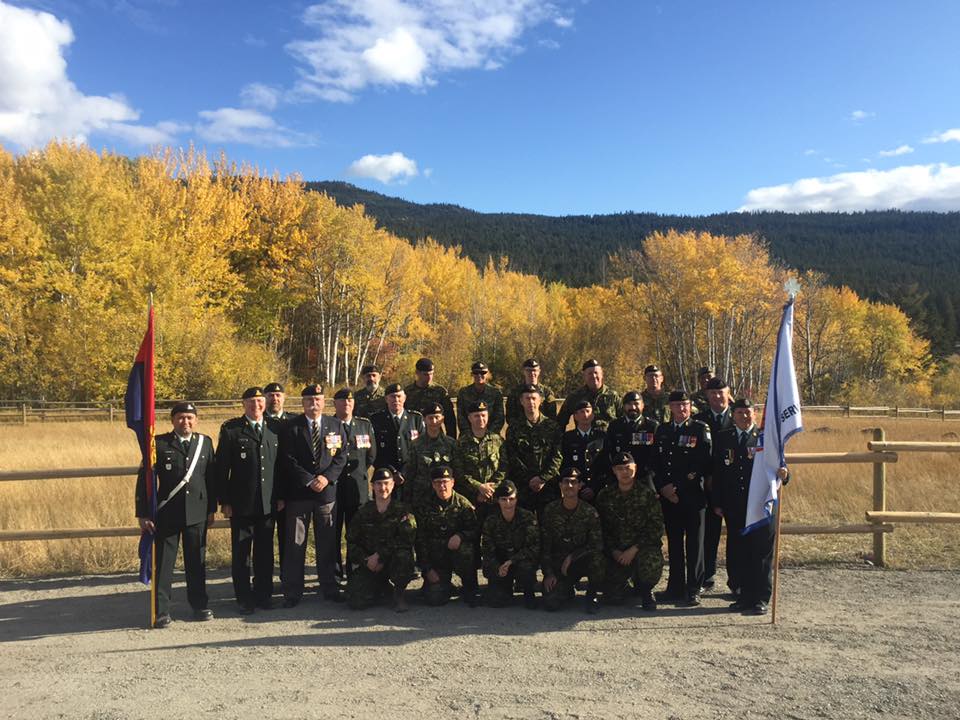 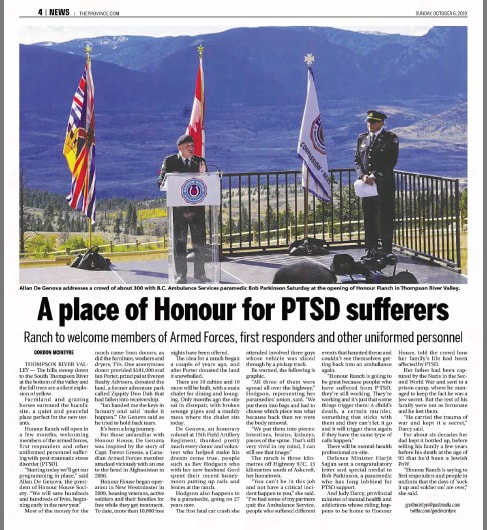 Download File
Copyright © 2015, 2016, 2017, 2018, 2019, 2020, 2021
Webmaster/editor - Leon Jensen, OMM, CD, Commanding Officer 1998-2001, Regimental Sergeant Major 1986-1988
Additional photos and stories as well as comments regarding errors and omissions would be greatly appreciated. ​
​Have I inadvertently placed personal information of yours on line that you don't approve of?
​Please accept my apologies and contact me at president.vcrgunners@gmail.com and I’ll have it removed.