VANCOUVER GUNNERS
Ranch to Serve as Refuge for PTSD Victims in Kamloops, BC 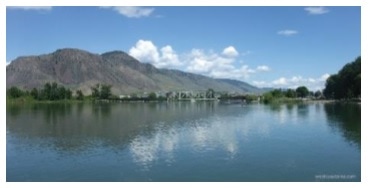 Golden age couple Rick and Donna Wanless have offered to use their 25-acre hobby farm on the edge of the Thompson River as a refuge for PTSD affected military members, veterans, and first responders.  The refuge will be will offer free of charge treatment programs with psychologists and clinical resources brought in directly and offered in the large gazebo, on the waterfront. The guest house, stable and clubhouse will also be put to good use with the intent to give PTSD victims an escape from the everyday life.  A concept already well known in Metro Vancouver where Honour House has been offering free stays to some 5,000 members and their families in the past five years of operation.  Allan De Genova, president of the Honour House, and Hon LCol of 15 Field Artillery Regiment, noted, "Our goal is to have the Honour Ranch up and running by March of next year. The need is very present, and all parties involved are excited to see the Ranch operational so we are doing as much as we can to have it readily available for our men and women to use those services.” The Wanless reached out to Honour House’s President only 14 months ago.
The idea is to use non-public funds to operate the Ranch, just like it is done at Honour House. “We will use the same self-sustaining funding we have successfully been using for the Honour House," Al explains.  Fundraising events will be a good part of the funding, just like it is done at the House that raised an estimated $50,000 with The Adrian Oliver Memorial Run.  The Wanless couple has no children who would inherit their property and would rather gift it to a public group than sell it. To them, “there’s no one better than the veterans and first responders” to appreciate this gift and ensure it is put to good use. The couple will also contribute to the project through their stable and the use of their eight horses.  Honour House’s President De Genova hopes that this new project will help convince more people to open their own Honour House and programs to give back to men and women who served, free of all charges. He invites people interested in learning more about the specifics of such operations to contact him through Honour House’s website: https://honourhouse.ca/
Back to 2016