VANCOUVER GUNNERS
M109 155mm Self - Propelled Howitzer
It looks like Major (ret) Ian Newby can lay claim to having the largest piece of ordnance in the Lower Mainland as he takes delivery of his M109 155 mm Howitzer. That's quite the collection he's got! What do you do when you have the biggest Gun in the valley? You loan it out to events like  "Sky's No Limit - Girls Fly Too" and find a couple of retired Gunners like Darren Kostinuk and Ian Smith to explain the workings to an interested audience.
You also work on the system itself because you need to get it running in order to say that you have a real M109!
Update - 4 Feb 2018
Great progress is being made on the restoration of our M-109A4. The cab traverses completely and its been determined that the engine is complete and totally intact, the final drives have been serviced as well as the traversing mechanism. The fuel tank and radiator will be removed next month for purging and pressure testing. The detachment has now grown to include Ian Smith, Doug Butler, Ken Shaw, Brendan Smith ( Ian's son) and Darren Kostinuk 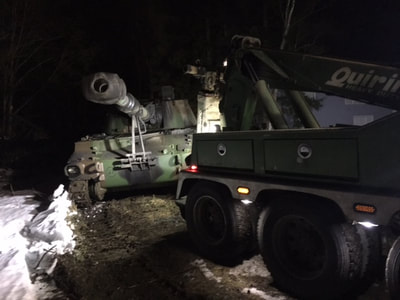 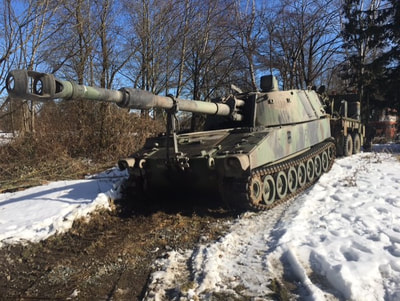 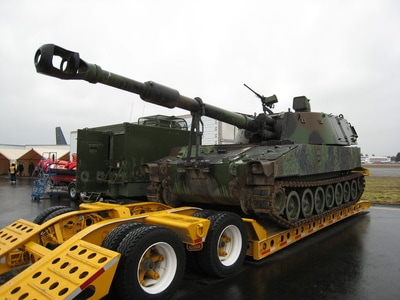 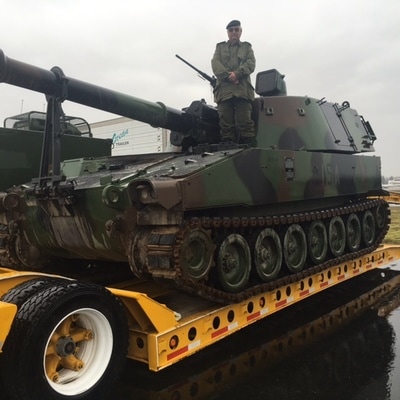 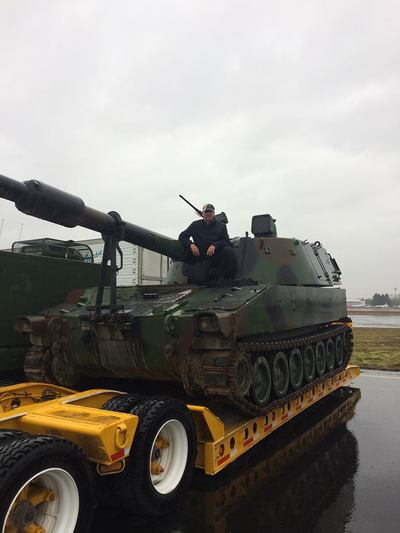 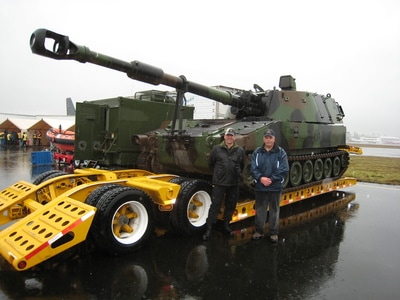 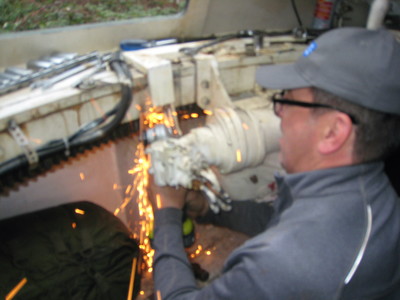 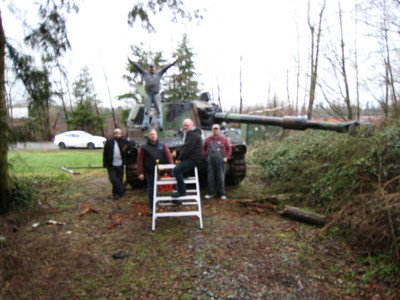 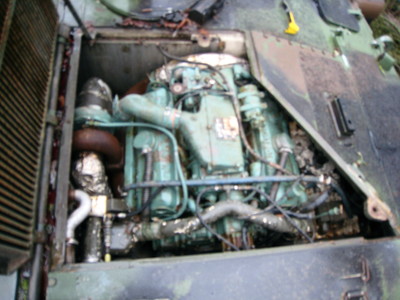 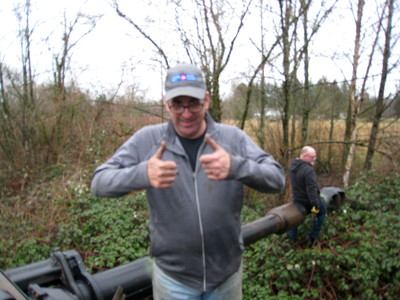 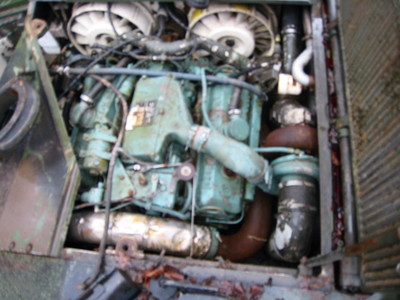 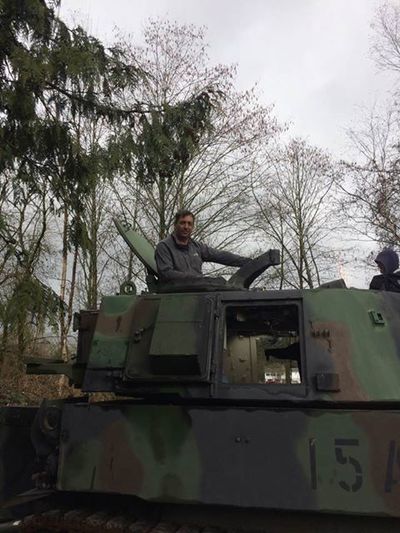 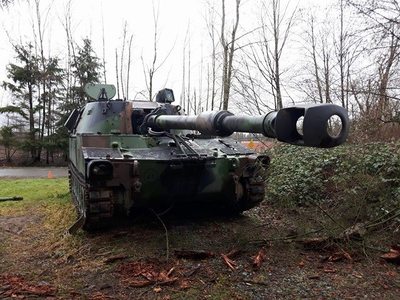 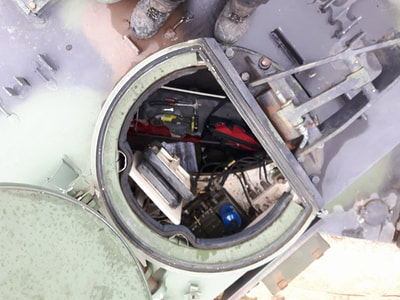 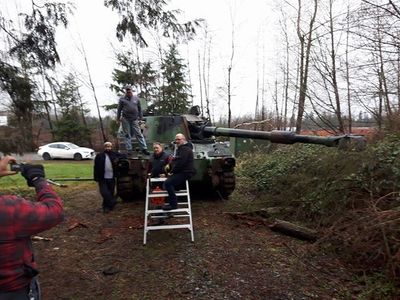 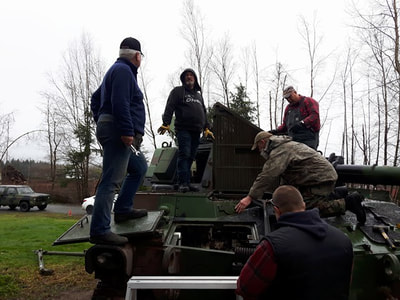 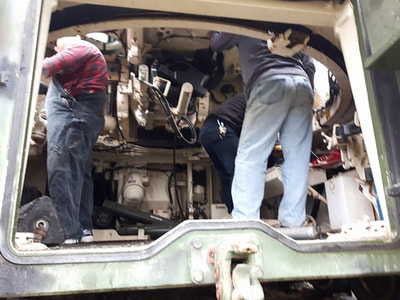 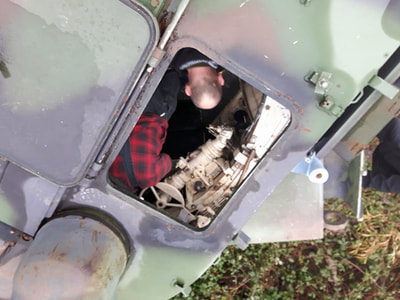 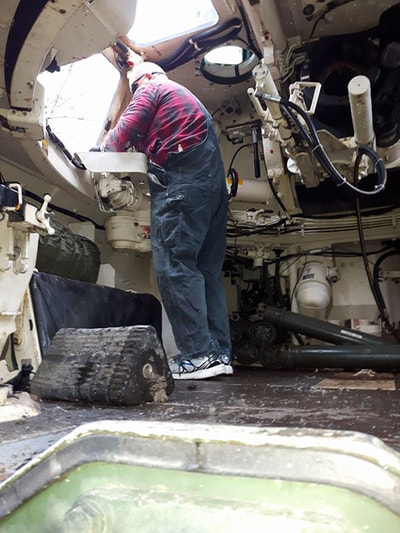 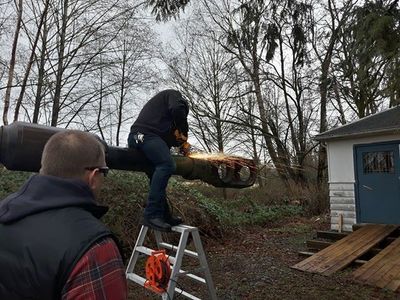 Back to 2017
Copyright © 2015, 2016, 2017, 2018, 2019, 2020, 2021
Webmaster/editor - Leon Jensen, OMM, CD, Commanding Officer 1998-2001, Regimental Sergeant Major 1986-1988
Additional photos and stories as well as comments regarding errors and omissions would be greatly appreciated. ​
​Have I inadvertently placed personal information of yours on line that you don't approve of?
​Please accept my apologies and contact me at president.vcrgunners@gmail.com and I’ll have it removed.