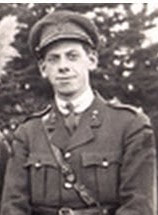 Second Lieutenant Raymond Massey was a member of the Canadian Officer Training Corps prior to World War I. He was attested into the Canadian Over-seas Expeditionary Force on 8 November  1915 and left Canada on 20 November. On 22 Feb 1916 he was shipped to France for instructional purposes where he was attached supernumerary to the 4th Brigade Canadian Field Artillery. He was granted a leave of absence on 24 May 1916 and was  wounded on 7 June 1916 shortly after his return. He was subsequently granted leave to Canada on 5 September 1916 and posted to Yale University where he was engaged as an Army instructor for American officers. he was promoted Lieutenant 19 Sep 1918, taken on strength 85th Battery Canadian Field Artillery and embarked for Siberia on 11 October 1918 arriving on the 26th. The 85th Battery saw little action and he became involved in his first stage production in Siberia as part of a campaign to boost the morale of the troops. He returned to Canada on 5 May 1919 and graduated from Balliol College, Oxford. He later went to work in the family business, selling farm implements, but he was drawn to the theater eventually setting out for Hollywood. He rejoined the Canadian Army in World War II working as a Major in the Adjutant General's branch. After being wounded, he was invalided from the Canadian Army in 1943 and became an American citizen in 1944. Deceased 29 July 1983, he is buried at Beaverdale Memorial Park in New Haven, Connecticut. 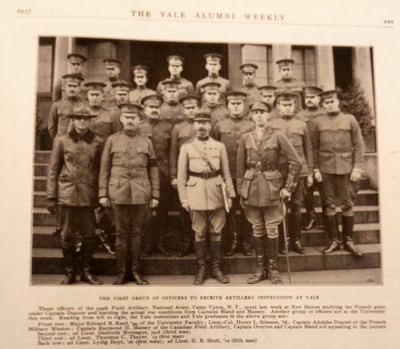 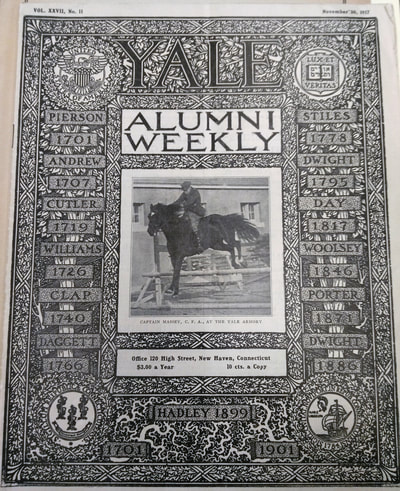 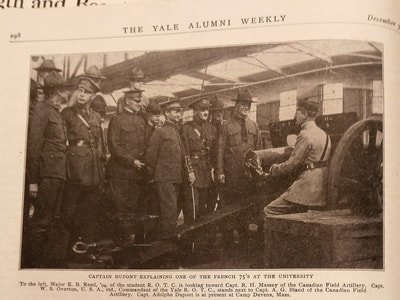 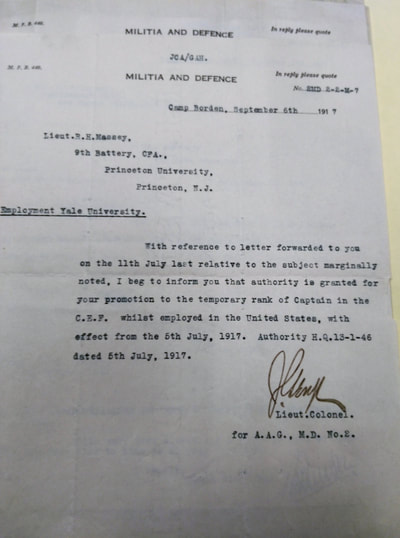 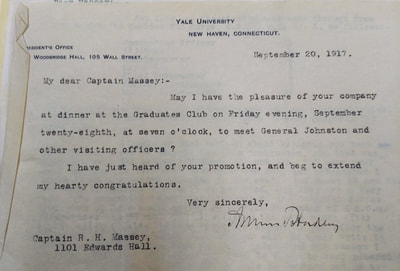 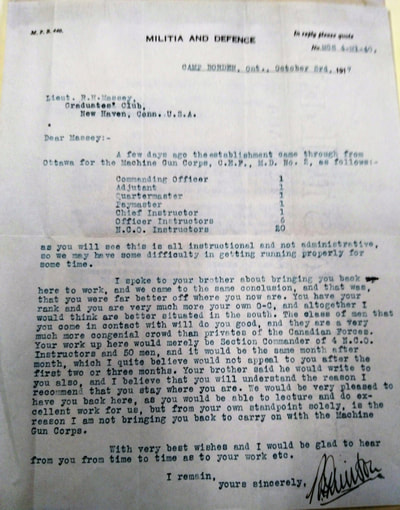 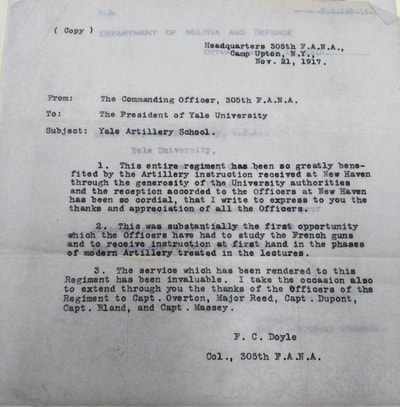 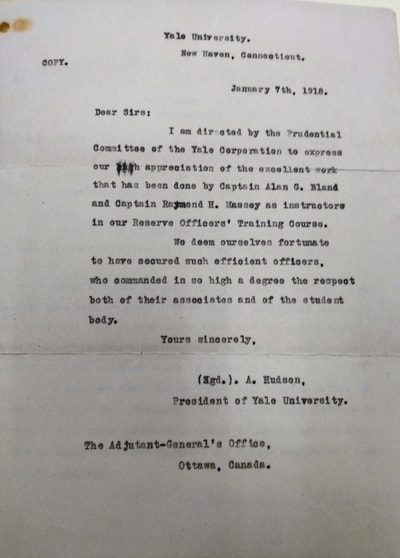 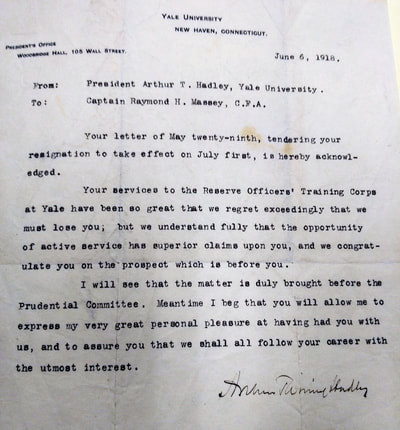 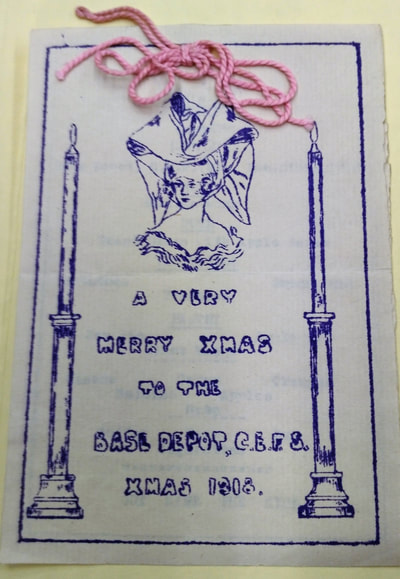 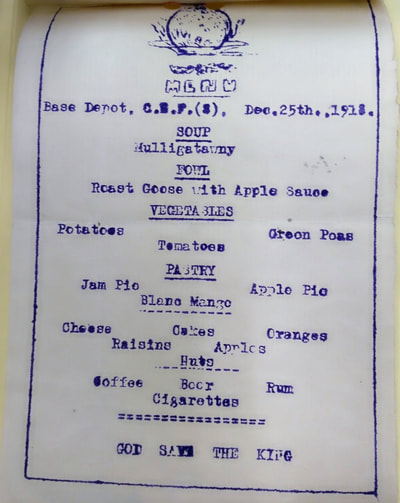 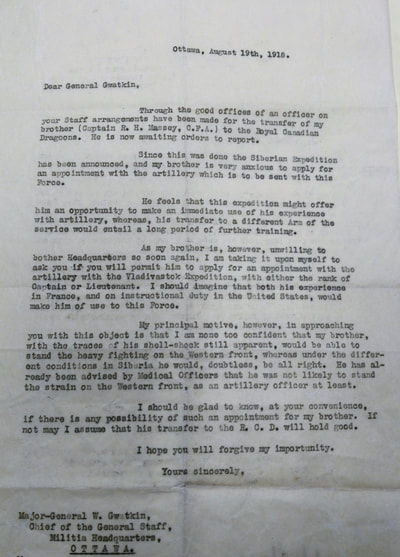 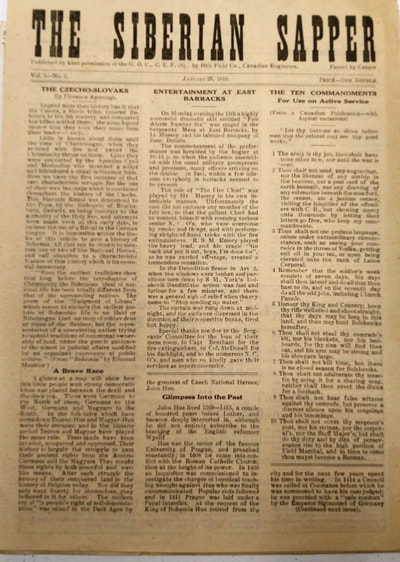 Acting Career
He first appeared on the London stage in 1922 in Eugene O'Neill's In the Zone. The Washington Post credited him with performances in over 80 plays, including Pygmalion with Gertrude Lawrence; Ethan Frome with Ruth Gordon; and the George Bernard Shaw works The Doctor's Dilemma and Candida with Katharine Cornell. In 1929, he directed the London premiere of The Silver Tassie. He received poor reviews in his debut on Broadway in an unorthodox 1931 production of Hamlet.
His first movie was in High Treason (1928). In 1931, he played Sherlock Holmes in The Speckled Band, the first sound film version of the story. In 1934, he played the villain in The Scarlet Pimpernel, and in 1936, he starred in Things to Come, a film adaptation by H.G. Wells of his own speculative novel The Shape of Things to Come (1933). In 1944, Massey played the district attorney in Fritz Lang's classic film noir The Woman in the Window, which starred Edward G. Robinson and Joan Bennett. He portrayed the American Revolutionary War character Abraham Farlan, who hated the British for making him a casualty of that war, in the 1946 film A Matter of Life and Death (titled Stairway to Heaven in the U.S.).
Despite his being Canadian, Massey became famous for playing archetypal American historical figures. He played abolitionist/insurrectionist John Brown in two films: Santa Fe Trail (1940) and again in the low-budget Seven Angry Men (1955). The character of Brown is portrayed as a wild-eyed lunatic in Santa Fe Trail, whereas he is a well-intentioned but misguided character in the more sympathetic Seven Angry Men. Massey scored a great triumph on Broadway in Robert E. Sherwood's Pulitzer Prize-winning play Abe Lincoln in Illinois despite reservations about Lincoln's being portrayed by a Canadian. He repeated his role in the 1940 film version, for which he was nominated for the Academy Award for Best Actor. Massey again portrayed Lincoln in The Day Lincoln Was Shot on Ford Star Jubilee (1956), a wordless appearance in How the West Was Won (1962), and two TV adaptations of Abe Lincoln in Illinois broadcast in 1950 and 1951. He once complained jokingly that he was "the only actor ever typecast as a president." His preparation for the role was so detailed and obsessive that one person commented that Massey would not be satisfied with his Lincoln impersonation until someone assassinated him. On stage in a dramatic reading of Stephen Vincent Benét's John Brown's Body (1953), Massey, in addition to narrating along with Tyrone Power and Judith Anderson, took on the roles of both John Brown and Lincoln.
During World War II, he teamed up with Katharine Cornell and other leading actors in a revival of Shaw's Candida to benefit the Army Emergency Fund and the Navy Relief Society.
Massey portrayed Jonathan Brewster in the film version of Arsenic and Old Lace. The character had been created by Boris Karloff for the stage version, and a running gag in the play and the film was the character's resemblance to Karloff. Even though the film was released in 1944, it was shot in 1941, at which time Karloff still was contracted to the Broadway play and could not be released for the filming (unlike his costars Josephine Hull, Jean Adair and John Alexander). Massey and Karloff had appeared together earlier in James Whale's suspense film The Old Dark House (1932).
After Massey became an American citizen, he continued to work in Hollywood. Memorable film roles included the husband of Joan Crawford during her Oscar-nominated role in Possessed (1947) and the doomed publishing tycoon Gail Wynand in The Fountainhead (1949), with Patricia Neal and Gary Cooper. In 1955, he starred in East of Eden as Adam Trask, father of Cal, played by James Dean, and Aron, played by Richard Davalos.
Massey became well-known on television in the 1950s and 1960s. He was cast in 1960 as Sir Oliver Garnett in the episode "Trunk Full of Dreams" of the NBC series Riverboat.
Massey is remembered as Dr. Gillespie in the popular 1961-1966 NBC series Dr. Kildare, with Richard Chamberlain in the title role. Massey and his son Daniel were cast as father and son in The Queen's Guards (1961)
https://en.wikipedia.org/wiki/Raymond_Massey
Notable Characters
Lists
The following pages contain additional information relating to the 15th Field Artillery Regiment, RCA
Honours and Awards
Trophies
Commanding Officers and Regimental Sergeants Major
Honoraries
Battery Commanders and Battery Sergeants Major
Band Appointments
Nominal Roll
Guns of the Regiment
Memorial Page
​Have I inadvertently placed personal information of yours on line that you don't approve of?
​Please accept my apologies and contact me at president.vcrgunners@gmail.com  and I’ll have it removed.