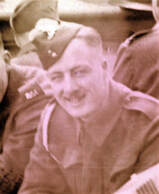 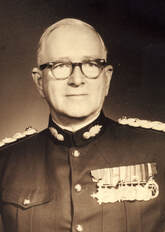 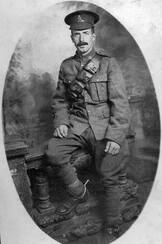 Gunner Frank George Hickling
​1 May 1966
​Gunner Hickling passed away in Houlton, Aroostook, Maine, USA at the age of 82. He was a member of the 5th Canadian Siege Battery, Canadian Garrison Artillery during the First World War.

Gunner George Darwin Hunt
On June 17, 1966, George Darwin Hunt of 3520 West 37th Avenue at the age of 75 years. Survived by his loving wife, Mabel, and a daughter, Mrs. L.L. Gallazin, of North Vancouver; 2 grand-daughters; 2 sisters, Mrs. L. Head, and Miss M. Hunt. Of Vancouver. Rev. H.A. Watts will conduct the funeral service in the Mount Pleasant Chapel, Kingsway at 11th Avenue, on Tuesday, June 21, at 1 p.m. Cremation.
Gunner Hunt enlisted with the 68th Overseas Depot Battery on 22 February 1916 and served in France and Belgium with the 5th Canadian Division Ammunition Column. In the Second World War he was a member of the ​201st Battery, 11th (Reserve) Anti-Aircraft Regiment, RCA

Lieutenant-Colonel William Turner Lockhart
Funeral Tuesday - Grand old Man of Island Dies
Ganges – Funeral service will be held in Vancouver for Dr. W.T. Lockhart, 96, known locally as the Grand Old Man of Salt Spring Island.
He died Saturday.
Dr. Lockhart, who would have celebrated his 99th birthday in February, was a familiar sight on Island roads as he walked miles from home on his daily outings.
Until recently, every day began with an hour workout in the basement gymnasium of his Scott Road home. He was also a keen golfer and played three or four times a week.
Born on an Ontario farm, he put himself through college and taught school for several years before studying medicine.
Following service in the First World War and post-graduate studies in Europe, he became a skin specialist in Vancouver, retiring to Salt Spring Island at 80 years of age.
Dr. Lockhart, who never married, is survived by relatives in Vancouver. 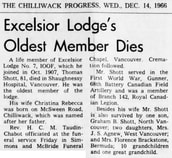