VANCOUVER GUNNERS
Obituaries
​Major Kenneth Melbourne Bonnett CD
Major Bonnett was taken on strength with the 15th Coast Regiment RCA on 1 April 1946 as a Lieutenant. He was promoted Captain on 2 June 1949 and appointed Adjutant on 16 September 1954. On 1 January 1957 he relinquished the appointment of Adjutant and was attached to 24 Militia Group Headquarters. On 2 September 1957 he was promoted Major and appointed Battery Commander 158 Battery. Major Bonnett was awarded the Canadian Forces Decoration on 17 February 1958. He was predeceased by his wife Rachel Erskine Nimmo Carson and leaves behind two daughters. Major Bonnett was interred at the Masonic Cemetery of British Columbia in Burnaby BC. 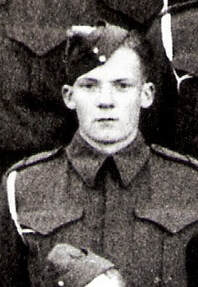 Gunner Nelson Edward Longeuay
Died at home October 31, 1998.
He served with the Royal Canadian Artillery from 1939-1945, taken prisoner at Dieppe August 19, 1942, liberated April 1945, returned to England, married Joy, June 1945.
He is survived by Joy; his daughters, Linda and Jill (Ron); sons, Edward and Robert (Brenda); five fine grandsons, John and Jeffrey Miguez, Jared, Austin and Warren Longeuay; niece, Janis (Mike); sisters -in-law, Lucile and Vera.
His five year battle with cancer was fought with enduring courage and finally took his life, leaving us with sadness and the loss of a very dear friend.
Remembrance Service at the All Saints Church, corner of Southgate and Gertrude, Wednesday, Nov 4, 1998. 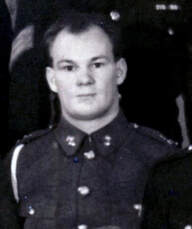 Battery Sergeant Major Harry Mangles
Harry (Gump) Mangles passed away peacefully at Kelowna General Hospital on March 31st, 1998 at the age of 83 years. Harry was sadly predeceased by his wife Agnes Mangles in 1991. Survived by his loving family: daughter; Sharon Ferguson (Trevor) of Westbank, B.C.; 1 granddaughter Brenda Laviolette (Mike) of Prince George, B.C.; and 2 great-grandchildren, Cole and Jolene; 1 brother, Jack Mangles (Elsie) of West Vancouver, B.C.; and his special friend and companion, Dorothy McDougall. A memorial Service will be held on Saturday, April 4th, 1998 at 11:00 am at the Chapel of Springfield Funeral Home with Reverend Clyde Woollard officiating. Internment to follow in Forest Lawn Cemetery, Burnaby, B.C. Funeral arrangements by Springfield Funeral Home, Kelowna, B.C. (250) 860-7077
BSM Mangles was a member of the 15th Brigade, Canadian Field Artillery before the Second World War and served with the 15th (Vancouver) Coast Brigade during the war. 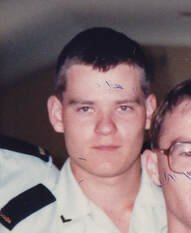 Bombardier Liam James O'Neill
Liam James, aged 28 years, died in Southern California October 28th 1998. he was the beloved first born to Elizabeth and Paschal O'Neill. He is survived by brother Sean Patrick, sister-in-law  Christine and his son Dylan James who is aged 5. Representing the extended family in Eire and the United Kingdom are Aunt and Uncle, Mr. and Mrs. Malcolm Burton of Southampton, England and cousin Mr. Eammo Drohan of Rome, Italy.
Liam was educated at Miller Park School and St. Thomas More Collegiate. At an early age he was a member of the Air Force Cadets subsequently the 15th Field Artillery.  Always the student and competitor in Group and Personal activities. He learned and taught International Military Units for service in the Gulf War conflict. He was dedicated to education, books and electronic technology, speaking the Romance languages and various Arabic dialects. He was a kind and gentle man who loved too deeply. A Remembrance of Life Service will be held for him at First Memorial Funeral Services, 602 Kingsway (at Carolina), Vancouver on Tuesday, November 10 at 10:00 A.M. with Reverend Philip Cable officiating. In lieu of flowers, contributions may be made to the Educational Trust Fund for his son Dylan James O'Neill.

Gunner Lindsay Ellen Sansome
Passed away suddenly on Friday, December 11, 1998 at the age of 21 years. She will be sadly missed and lovingly remembered by her parents; Deborah and Les, her brother Myles; Fiancé Mike McLean, and her grandparents David and Mary Sansome, also many extended family members and all other lives she touched. A memorial service will be held at Victory Memorial Park Funeral Centre, 14831 – 28 Ave, Surrey, BC on Wednesday, December 16, 1998 at 4:00 pm. Cremation to follow. Memorial donations can be made in memory of Lindsay to Timmys Christmas Telethon.