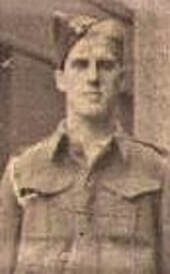 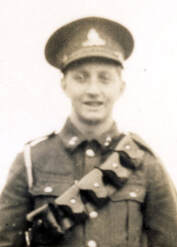 Gunner Percy Sydney Fox
Born June 19, 1921 in Vancouver, B.C., passed away peacefully at the Lillooet Hospital on October 3, 2000 at the age of 79. Percy was predeceased by his wife Eileen in 1992. He is survived by is son Bernard (Chris); daughter Gina (Roger); 7 grandchildren, 3 great grandchildren and 2 brothers. A private service was held according to his wishes. May he rest in peace.
Gunner Fox was a member of the 85th Heavy Battery, 15th (Vancouver) Coast Brigade, RCA. He volunteered for overseas and served with 3rd Light Anti-Aircraft Regiment, RCA. He was wounded at Dieppe. 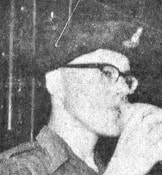 ​Sergeant Victor Phillip Hawes
Longtime Terrace optometrist Victor P. Hawes died suddenly from a heart attack February 1, 10 days before his 54th birthday.
Hawes was born in Vancouver, where he was adopted by Conrad and Louis Hawes. They would later move to Surrey, where Hawes completed grade school and joined the 85th Battery of the 15th Field Regiment of the Canadian Militia, rising to the rank of Sergeant.
Hawes then trained as an optometrist at the University of Waterloo, Ontario, graduating in 1971, the year he wed his first wife, Donna. That year he also moved to Terrace to open his first optometric practice, Style Eyes Optical., in the old medical building on Greig Avenue.
In 1974, Hawes and lawyer Ken Grant constructed an office building to house their practices (it burned down in 1979) on the current site of Terrace and District Credit Union. At various times, Hawes would also operate optometry practices in the communities of Kitimat, Smithers and Huston, where he maintained a satellite practice at the time of his death.
A professional highlight came in 1998, when as planning chair for the BC Association of Optometrists, he brought the organization’s annual convention to Terrace.
Vic, as he was known to most, had many community involvements. He joined the Terrace Kinsmen in 1971, serving as president of the local charity organization several times, and once as Northwest Zone Deputy Governor. The Terrace Kin recognized his contribution in 1998 with the creation of the Dr. Victor P. Hawes Fellowship Award, for Kin members in the North Coast zone who showed exemplary promotion of Kin values and camaraderie.
During a seven-year stay in Smithers, Hawes joined the local Rotary Club, where he contributed his organizing talents for three years.
Hawes was also an active sportsman, planning with and coaching various softball and slowpitch teams. At different times, he studied several martial arts forms, including Karate, Taekwondo and Judo. Hawes also enjoyed skiing, snowboarding and billiards.
As a family man, Hawes had an equally extensive CV. Daughter Tawnia was born in 1976. After his first marriage ended, Hawes married Linda in 1980, with whom he had a sin, Isaac. Linda’s daughter Jennifer Rae adopted Vic as her father. He would also provide parenting to Linda’s teenaged brother, Lyle, whom he brought into his home for two years in the 1980s.
Victor Hawes is survived by his three children, Jennifer Rae of Calgary, Tawnia Louise of Fort MacMurray, Alberta, Isaac Leslie of Vancouver and his mother Louise, of Abbotsford. His contribution to community, professional and family life will be missed by many. 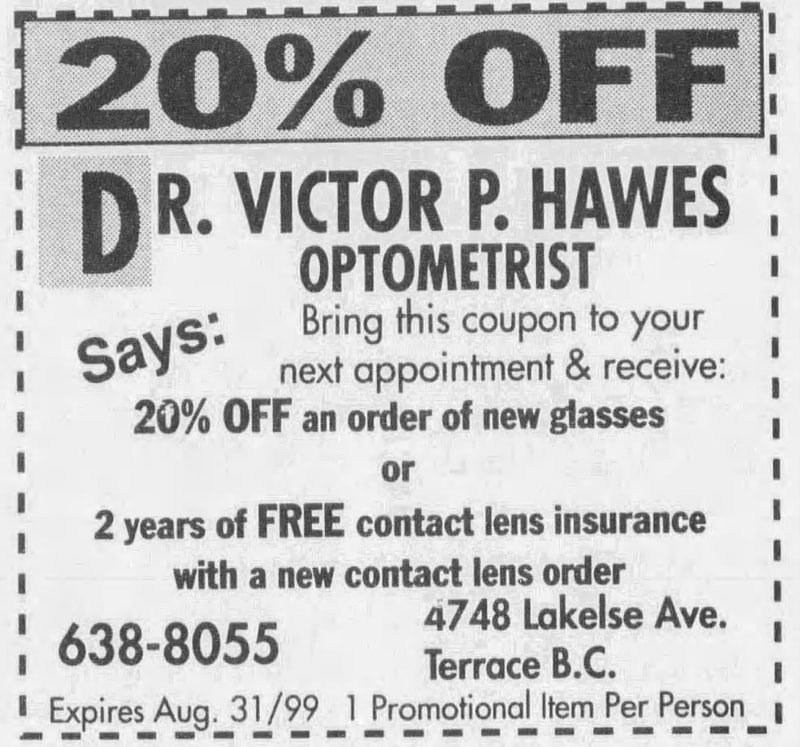 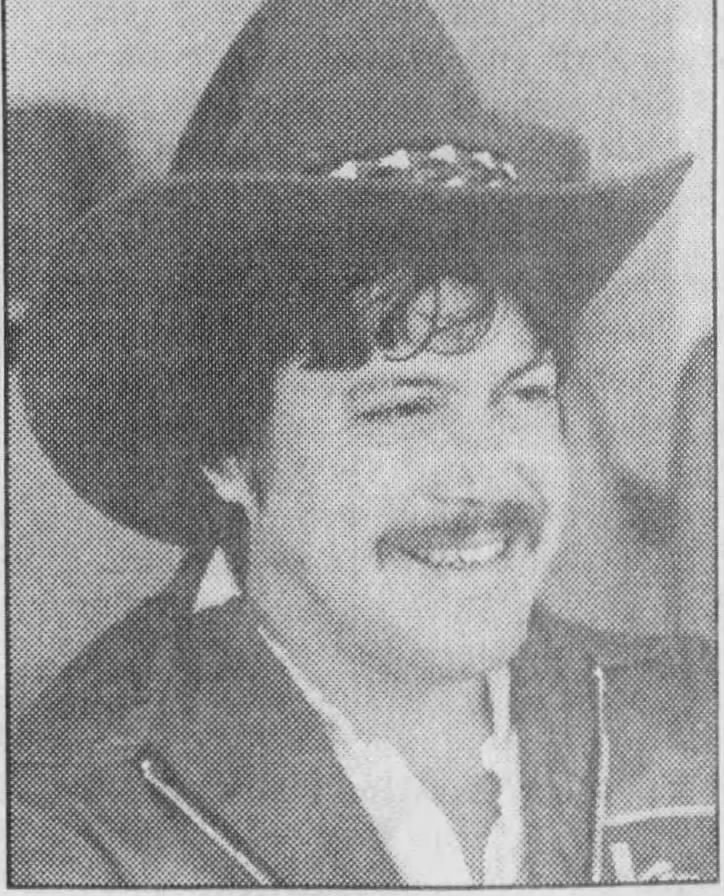 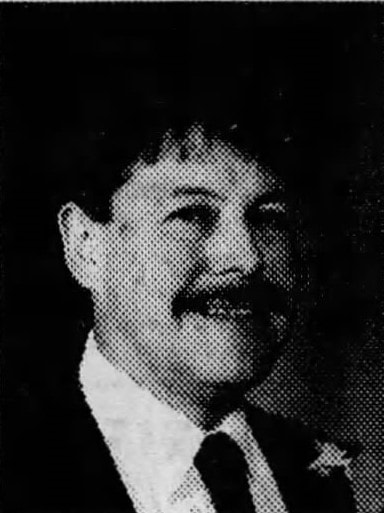 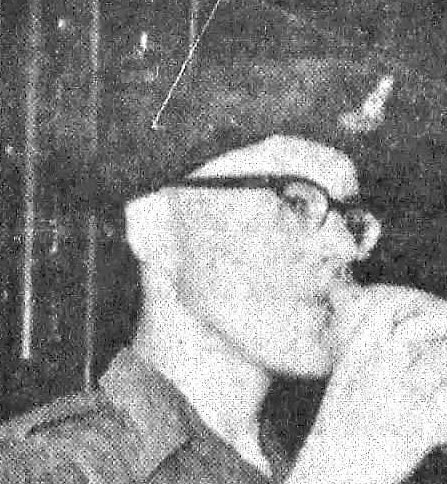 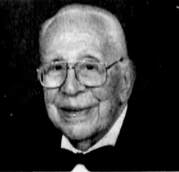 Lieutenant Joseph Ernest Anthony Kania
​Dr. Joseph E. A. Kania, P. Eng., BASc., and MASc., (UBC) PhD (MIT), born 1 March 1901, died peacefully on 6 August. He is survived by second wife Florence and children Richard and Patricia and their families. Joe was a long time active member of the YMCA on the Board of Governors and International Committee, Council of Vancouver Board of Trade, Chamber of Commerce, Vancouver Symphony, UBC Senate, Vancouver Club and a member of Sigma XI.
During WW2 he served in the reserves as an artillery officer, headed the B.C. Victory Bonds effort and along with his first wife, Anne, hosted parties for service personnel and took in evacuated British children. In business, Joe was an investment consultant and Director of Pemberton Securities. A memorial service is scheduled for August 25 at 11:30 A.M. in the West Point Grey United Church at 4595 West 8th Avenue, Vancouver. In lieu of flowers send donations to  the Dr. Joseph and Florence Kania YMCA Camp Howdy Campership Fund.
Lieutenant Kania was a member of 202 Battery 11th (Reserve) Anti-Aircraft Regiment in 1945. 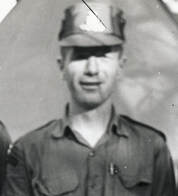 Master Warrant Officer Heinz Joseph Winter
Passed away 4 May, 2000 at the age of 65. Survived by his wife Beverley Ann and his three children Don, Christine (Rod), Steven (Angela), his cherished grandchildren Jake, Emma and Andrea, his mother Helen,  brother Hans (Edith),  sister Margaret (John) and many nieces and nephews. Valued longtime friendships will never be forgotten. A man who loved his family, always lived life to its fullest, and had a song for every precious moment. A great man that left behind a great legacy. A memorial service in celebration of Heinz's life is to be held at First Memorial, 602 Kingsway, Vancouver at 2:00 p.m. on Tuesday May 9, 2000. In lieu of flowers, donations may be given to the "Canadian Cancer Society, BC and Yukon", or a charity of your choice.
Master Warrant Officer Winter was a member of the 15th Field Artillery Regiment, RCA from 26 October 1961 until 4 January 1975.
Back to 2000