Sergeant Drew Bartlett CD
Passed away due to a tragic automobile accident on 27 August 2001. Drew was taken on strength as a Gunner in 15th Field Artillery Regiment RCA on 19 January 1984 and became one of our most talented Artillery Technicians. He was promoted Bombardier on 11 April 1985 and Master Bombardier on 10 December 1987. He served on an operational deployment with United Nations Protection Force in the former Yugoslavia from September 1992 to January 1993. Drew was promoted Sergeant on 1 September 1995. 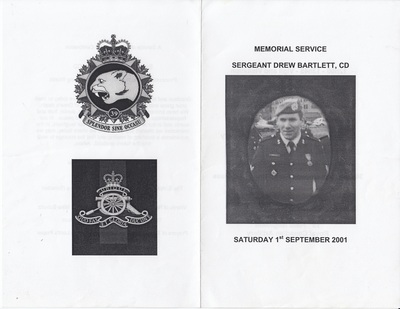 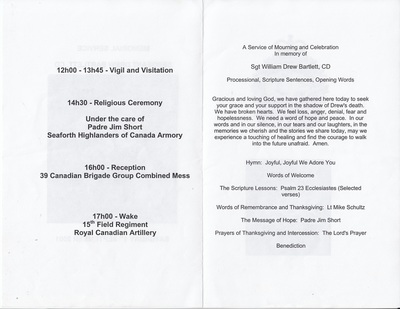 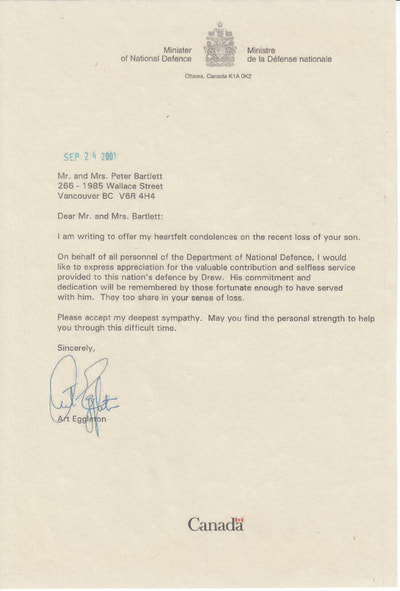 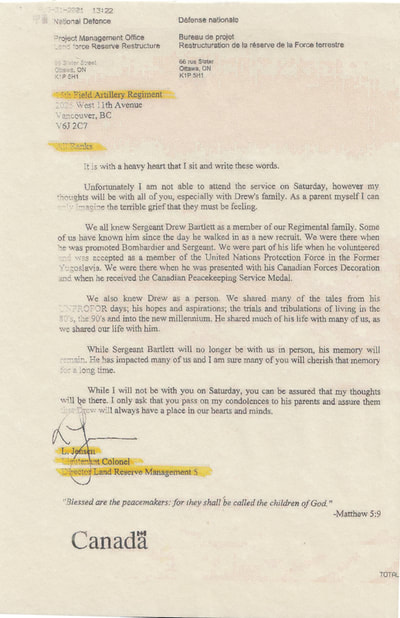 ​Major Edwin Charles Bryce CD. lt is with tremendous sadness that I announce the sudden passing of my husband, my best friend, father of my children on April 12, 2001, at the age of 57. Ed was predeceased by brother Alan and father, the Rev. Charles Bryce. He will be sorely missed by wife Ginny (Virginia); daughters, Shauna, Erin and Alana, and mother Doris. Ed had a distinguished career in the Canadian Militia Reserve, serving in the 12th Service Battalion, the 15th Field Regiment, and retiring as Major, CD from Pacific District Headquarters in 1995. The loves of his life however, were his family and the elementary school students in his classes in Abbotsford, where he dedicated 29 years to stimulating young minds. He will be sadly missed by his students and colleagues. He had an honest and no-nonsense approach to teaching, putting the needs of his students first. Family, peers, and students will always remember his kooky sense of humour and never ending puns. A memorial service celebrating his life will be held at the Abbotsford District Teachers’ Association Hall, 2570 Cyril Street, Abbotsford (854-1946) on Friday, April 20, 2001 at 3:30 p.m. In lieu of flowers, donations to the MS Society will be gratefully accepted.
“I’m not going to tell you who it is, but his initials are
……..Ed Bryce.”
Woodlawn Funeral Home is in charge of arrangements 853-2643
Back to 2001
Copyright © 2015, 2016, 2017, 2018, 2019, 2020, 2021
Webmaster/editor - Leon Jensen, OMM, CD, Commanding Officer 1998-2001, Regimental Sergeant Major 1986-1988
Additional photos and stories as well as comments regarding errors and omissions would be greatly appreciated. ​
​Have I inadvertently placed personal information of yours on line that you don't approve of?
​Please accept my apologies and contact me at president.vcrgunners@gmail.com and I’ll have it removed.