VANCOUVER GUNNERS
Obituaries
Major Tom Gordon Dalzell
Passed away peacefully on December 11, 2004 at the age of 87 years. He leaves his loving wife Irene, of 63 years, his sister Margaret, sister-in-law Peggy, daughter Wendy (Dene) and sons Michael (Wanda) and Peter (Renee). Tom was a proud grandfather to 9 grandchildren and 2 great grandchildren. He worked for many years at Esquimalt dockyard and was later the regional representative for the P.S.A.C. A keen athlete in his younger years, he was an avid member of the Victoria Badminton Club, played rugby for JBAA, and also refereed. Tom served many years in the Army reserve and was a Commanding Officer of the 5th BC Field Battery. He loved boating and fishing and was very active throughout his life in the boating community, as a District Commander of the Power Squadron, a Commodore of Capital City Yacht Club and a member of the Victoria Cruising Club. To celebrate Tom's life, there will be a gathering of family and friends at Capital City Yacht Club, 10630 Blue Heron Road, Sidney on Thursday December 16th from 1 to 3:30 pm. In lieu of flowers, donations may be made to the Heart and Stroke Foundation 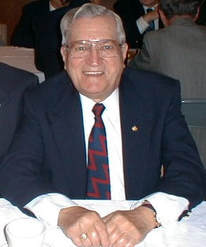 Lieutenant-Colonel (Retired) Douglas Edwin Gayton EM CD
It is with deepest regret that The Royal Regiment announces that Lieutenant Colonel (Retired) Gayton passed away after a brief illness on Tuesday, January 13, 2004 at the age of 83 in Vancouver, BC. He was a member of 15th (Vancouver) Coast Brigade in 1939 and served overseas with various Artillery Formations. After the war, he served in numerous positions, including Fort Sill, OK with the Honest John, and with the International Commissions on Supervision and control in Vietnam. He retired in 1972. 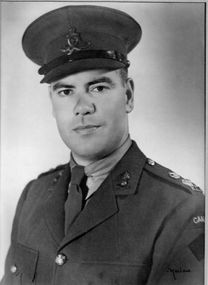 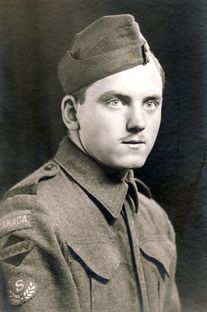 Major Stuart Maitland CD
MAITLAND _ Stuart Austin. Born in Vancouver on June 22, 1920, passed away on January 28, 2004 at the Royal Columbian Hospital after a lengthy illness. Stu is now with his beloved grandson, Craig, killed in a plane crash on May 31, 2003, his brother Ron, and brother-in-law and good friend, Russ Halford. Surviving him are his devoted wife of 62 years, Vera, his much-loved son and daughter, Bruce (wife, Alison Willoughby.) Gail Turner (husband, Dr. Robert), his cherished grandson, Derek, niece Lynette Ferris (David), nephews Richard Halford (Janet), Brian (Hiromi) and Keith Maitland, 4 great nephews, 4 great nieces and 2 great, great nieces. Stu will be missed by his family and friends, especially his lifelong friends, David Ross (Iola) and Richard Gregory (Noreen, Deceased). The three friends served together overseas in Britain and Northwest Europe with the 2nd Survey Reg't R.C.A. Our sincere thanks to his home support workers, Nathan, Rose, Linda and Josie, who helped Stu remain at home until the last 3 weeks. There will be no formal service at his request. All family and friends are invited to a Memorial Tea to be held on Tuesday, February 3rd, from 2-4 P.M. at the Arbutus Club, 2001 Nanton, Vancouver. In lieu of flowers, a donation to the Epilepsy Society or the Heart and Stroke Foundation would be appreciated.
Published in The Vancouver Sun on Jan. 31, 2004 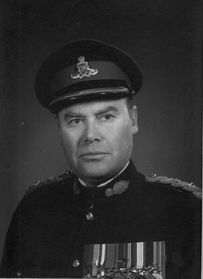 Colonel (Retired) Gordon Maurice Platt EM CD
A final salute to a wonderful husband, father, grandfather, great-grandfather, community server and friend to all. Gordon passed away peacefully in his sleep, in his 86th year March 17th, 2004. Born in England, July 23, 1918, his family immigrated to Canada shortly after his birth and made Winfield, BC, their home where he spent his early childhood. Gordon's family moved to North Vancouver were he eventually graduated from North Vancouver High. He served Canada proudly in WWII and later met his wife Doris in England. After the War they returned to set down roots in West Vancouver, raising four children. He worked tirelessly and happily around their home. He loved gardening and animals. He was employed by the Federal Government throughout his working life and in the mid-70's earned his degree in Real Estate Appraisal. Gordon continued to be very active in military life through the Militia Reserve and became both Colonel and Hon. Colonel of the 15th Field at Bessborough Armoury. His involvement with the military was very important to him. As a charter member of Hollyburn Country Club, Gordon enjoyed curling, swimming, golf and social activities. Doris passed away in 1999. Gordon met his new life partner Edith-Mary Stevenson when he moved to his West Vancouver condominium... she soon became his wife. They have happily resided in West Vancouver enjoying a rich social life and many world-travelling adventures since their marriage in 1993. Gordon was very involved with the Kiwanis club and was also active in the strata council of his condominium. He gave endlessly of his time, energy and advice, always cheerfully. Gordon was predeceased by his son Richard (Dick) in 1992 and his grandson Michaell in 1999. He is survived by his loving wife Edith-Mary; his sister Joan and brother-in law Bill Jackson; his children Ken (Joanna), Rosalie (Keath), and Gaye (Ron); daughter-in-law Halley; and grandchildren Todd (Diana), Tina (Stan), Erin, Reyan (Jennifer), Simon (Lindsey), Ben, Sarah, Owen, Travis, and Brennan. Proud great-grandfather to Connor, and Finlay. Gordon is also survived by Edith-Mary's children, Tim, David, Mary-Ann & step-grandson Justin. Gordon touched many people in his long, happy and fulfilled life and will be very greatly missed but never forgotten. Services will be held on Friday, the 26 of March, 3:00 pm, St. David's United Church, 1525 Taylor Way, West Vancouver, BC. Donations can be made to the Canadian Diabetes Association and BC Children's Hospital - Epilepsy 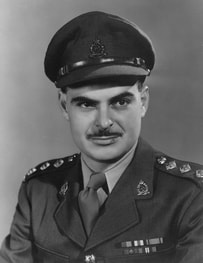 Lieutenant-Colonel William Norman Thurlwell CD
DELAND - William Norman Thurlwell, 87, of Leaf Circle, died May 11, 2004, at his home.
Mr. Thurlwell retired as a pharmacist and as a lieutenant colonel in the Canadian Medical Corps after 30 years. Born in Canada, he moved to West Volusia in 2002 from Daytona Beach. He was a Shriner.
Mr. Thurlwell is survived by his wife of 14 years, Jeanne; three daughters, Eva Thurlwell of Hartford, Conn., Iris Currie of Sydney, Nova Scotia, Canada, and Carolann Friedburg of Spartanburg, S.C.; one brother, Parke Davis of Abbotsford, British Columbia, Canada; one sister, Laurie Prescot of San Francisco; four grandchildren and one great-grandchild.
Memorial donations may be made to Hospice of Volusia/Flagler, 3800 Woodbriar Trail, Port Orange FL 32129. Carpenter Curry was in charge.
Lieutenant-Colonel Thurlwell was a Gunner with 85th Battery, 15th (Vancouver) Coast Brigade, RCA in 1939. 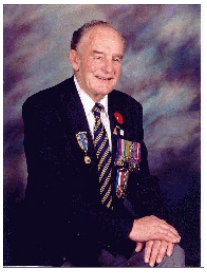 ​Sergeant Robert Vincent Waddy
Mr. Robert "Bob" Vincent Waddy March 14, 1921 - July 01, 2004 Funeral arrangements by Sands Funeral Chapel (Duncan) Waddy, Robert Vincent, has graciously gone to be with his Lord Jesus on July 1st, 2004. Bob was born in Vancouver Grace Hospital on March 14th 1921 and was very active in sports whereby he excelled as an amateur boxer. Bob was the first elected student council president of Ridgeway High School in North Vancouver. Bob joined the Royal Canadian Army Artillery on the first day of war at the age of 18 and served with the Coast Artillery at York Island, going overseas in January 1941 where he was deployed on the south coast of England with the 16th light ACK ACK, and met his future wife Audrey. In 1942 Bob volunteered for Commando Training and participated in the disastrous Dieppe Raid of August 19th, 1942. Bob landed on Blue Beach in Dieppe, France and after a day of fierce fighting scaled the 200 foot cliff at Puy Beach eluding capture until late evening August 19th. Bob was taken prisoner and spent almost 3 years in POW camps in Germany; escaping 3 times. Bob was manacled for 14 months in reprisal for being a commando on the Dieppe Raid. When the Russian Army invaded Germany, Bob and his comrades endured a 300 mile forced march across north western Europe. The POW’s were chained together and many of his comrades died on the march. Bob was liberated May 1945 by General Patton’s American Army and repatriated to England where he spent 30 days convalescing in hospital. While a POW Bob had been corresponding with Audrey and they were married at Saint John’s Anglican Church, Crawley, Sussex England on July 21st, 1945. Bob was repatriated to Canada on October 31st and Audrey joined him in North Vancouver March 1946. Bob attended university where he studied as an accountant for the next two years during which time Roberta and Allan were born. In 1950 the family moved to Honeymoon Bay on Vancouver Island where Bob worked at the WFI Sawmill. Bob was very active in Trade Unions and became the local president in 1951. Bob was an excellent mediator and orator and defended 21 arbitration cases. Their youngest son Donald was born in 1956 and the family moved to Duncan in 1957 when Bob was hired by H.A. Simons as a Field Cost Accountant. In 1958 Bob commenced a career as a stationary steam engineer at BCFP Crofton Pulp Mill where he worked and studied until his retirement in March 1986. Bob was an avid gardener as was evidenced by his beautiful rock gardens. Bob was Scoutmaster of 2nd Duncan Troop and proud of producing 9 Queen Scouts. Bob was past president of the 3rd Canadian BP Guild; National POW (V.I. Chapter) Association and Duncan United Church AOTS Men’s Club and remained active with all 3 organizations until his passing. His pride and joy were his large close knit family. Bob was predeceased by his grandson Stevan (Robert Andrew) Wood in June 2002 and is survived by his loving wife Audrey of 59 years, children Roberta, Allan (Gloria) and Donald (Lisa), grandchildren Cindy, Dianna, Les, Dawn, Tanya, Megan, Jenna and great grandchildren Keith and David. Bob is also survived by his sisters Joan, Barbara, Nancy and brother Jack. The family would like to thank Reverend Duncan Barwise for his loving support and gratefully acknowledge the special care provided by Dr.’s Gilbert, Turner, Mildenberger and the ICU and CCU staff at Cowichan District and Royal Jubilee Hospitals. Memorial Service 2:00 p.m. Thursday July 8th at Duncan United Church, 246 Ingram Street, Duncan. Reverend Duncan Barwise officiating. Donations may be made to Duncan United Church Memorial Fund and/or Cowichan Br. 53 Royal Canadian Legion Memorial Building Fund.