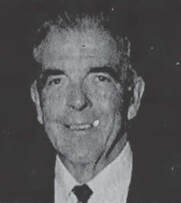 Major William Waterbury Blackhall
It is with our deepest sorrows we announce the passing of our loving husband and father. Born March 25 1917 in Revelstoke and passed away peacefully September 17, 2007. Bill served in the army for 5 years during WWII. After the war he was a civil engineer for BC Hydro for 30 years. He was an avid boater and past Commander in the West Vancouver Power Squadron. Lovingly remembered by his wife, Irene of 67 years; daughters Jennifer (Terry) Jorgensen, Cathy Rutley; two granddaughters and four great-grandchildren. Predeceased by his son Billie. A private family service.
Major Blackall served with the RCA overseas in World War II and the 43rd Medium Anti-Aircraft Regiment, RCA afterwards. 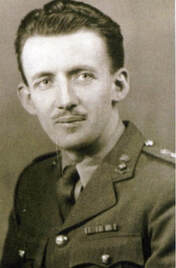 Captain Edward John Hughes CM OBC                    1913 -2007
Captain Hughes was taken on strength with the Canadian Active Service Force as a Gunner on 1 September 1939 and after training he was subsequently posted to 31st Heavy Battery 15th (Vancouver) Coast Brigade RCA. His artistic skills led to a transfer with the  Canadian Historical Division as a war artist where he served for the remainder of the war. He married Fern Rosabell Irvine on 10 February 1940 and was survived by one child, McLean.  He was  elected to the Royal Canadian Academy of Arts in 1968, awarded an  Honorary Doctorate from the University of Victoria in 1994 and awarded an Honorary Doctorate from the Emily Carr Institute of Art and Design in 1997. He  received the Order of Canada in 2001 and was awarded the Order of British Columbia in 2005. He passed away on 5 Jan 2007 and is buried at the Shawnigan Community Cemetery. 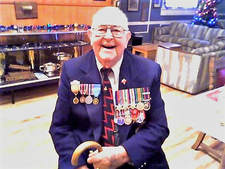 Delta Pioneer Dies March 7, 2007
Delta pioneer Arne Knudsen, 1909-2007
Arne Knudsen spent a lifetime cheating death until it finally caught up with him on March 7, two months shy of his 98th birthday.
The North Delta pioneer, who last May received Delta's Freedom of the Municipality Award, the highest award the municipality can bestow, died peacefully after living a life Errol Flynn couldn't match.
Born in Denmark, Knudsen served in the Danish Navy before landing in Halifax during the Great Depression. He rode the rails, living in hobo jungles and relief camps before volunteering to fight Franco in the Spanish Civil War, in an anti-tank unit with La Guardia Roja, in the 1930s. After that, he settled in Port Kells for a spell but became restless and signed on to fight Hitler in Italy and Holland. In Italy, he escaped from a POW camp and in Holland, killed a Nazi SS officer in a me-or-him showdown during battle. He carried a photo of the man in his wallet well into his senior years, to remind him how precious life is.
After the Second World War, Arne settled in North Delta in 1946, under the Veterans Land Act, and started a chicken farm on Hellings Road. He and a handful of neighbours formed the North Delta Ratepayers Association that same year and despite considerable resistance from the Ladner-centric council - who referred to his group as the "Radical Veterans from Poverty Hill" - managed to secure water service for North Delta and formed its first volunteer fire brigade, after nicking a hose from the municipality on one moonless night.
In the 1950s, Knudsen volunteered to fight in what would have been his third war, the Korean war, but wasn't accepted because of a war wound he'd received during the last one.
Knudsen's memorial service was held at 10 a.m. today at the Fraser Heights Chapel. Former NDP premier Dave Barrett delivered the eulogy. Predeceased by his wife Paulina and son Ron, he is survived by his son Bob, daughter-in-law Margaret, granddaughters Shelley and Shannon (Dave), and great-grandson Nathan.
Published on 03/14/2007http://www.sunburyneighbourhood.ca/ArneKnudsen.htm 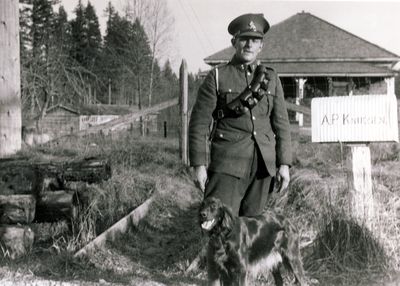 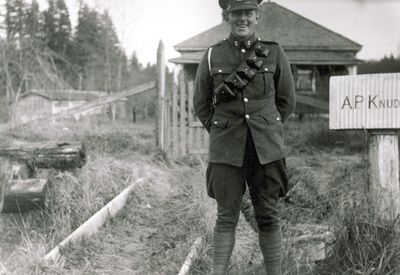 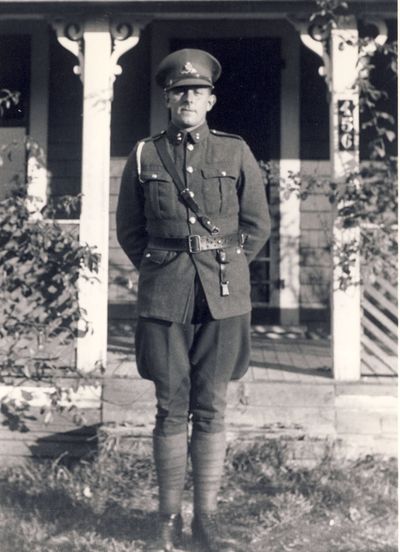 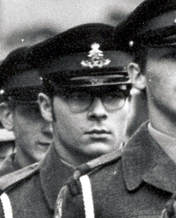 In Loving Memory of David Henry Kachel.
Feb. 20, 1954 - Feb. 6, 2007
It is with great sadness that David's family announces his passing. David Henry Kachel of Kamloops passed away on February 6, 2007 at 52 years of age. He is survived by his loving wife of 29 years, Karen Louise Kachel, as well as his children Aleasha (Tyler Mann), and Matthew (Tania Chirkoff) of Kamloops. He will also be fondly remembered by his sisters Linda Kachel, Erlene Cox, Bonnie (Jack) Marno, Audrey (Gene) Danchak; brother Don (Terrisa) Kachel; mother-in-law Joan; step-mother Eunice; sister-in-law Debbie; brother-in-law Brad; nieces and nephews Ryan, Amber, Nicole, Lorraine, Kent, Cody, Shaele, Tyler, Julie, Carla, Tammy, Sarah, Jesse and John; and his dear friends Roy, Rick, Debbie, Rudy and Jeannie. David was predeceased by his parents Jean Kachel and Ed Kachel. Dave was born on February 20, 1954 in New Westminster, B.C. He worked for Kachel and Sons Trucking from the age of fourteen. Dave and Karen married on May 15, 1981 after living together for three years. They had two children before moving to Kamloops in 1982. Dave was involved in the construction of the Selkirk Tunnel prior to going to work for BA Concrete. He worked for BA for 16 years, beginning as a concrete driver and working his way up to the esteemed position of dispatcher. Dave was always proud of his accomplishments at work. One of Dave's proudest accomplishments was his nearly twelve years of sobriety. He was an avid fisherman and a ham radio enthusiast. He enjoyed travelling with his family, but when he wasn't in Mexico, he enjoyed watching TV and eating chocolate. Dave will be sorely missed by friends and relatives, but especially by his family. A Memorial service will be held at the Southwest Community Baptist Church, at 700 Hugh Allen Dr., Kamloops, B.C. on Saturday, February 17, 2007 at 1:00 p.m. with Pastor Ken Nettleton. In lieu of flowers, donations may be made in Dave's name to The Terry Fox Foundation, Suite 303, 46165 Yale Road, Chilliwack, B.C. V2P 2P2. Goodbye my love Love Karen, Aleasha, and Matthew Kamloops Funeral Home 554-2577 Condolences may be emailed to: sympathy@shawbiz.ca.
Dave was a former Gunner in 15th Field Artillery Regiment in 1971.
http://www.inmemoriam.ca/view-announcement-28201-david-henry-kachel.html
Back to 2007