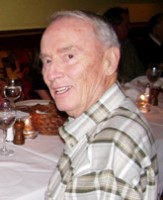 Lieutenant-Colonel Robert Vic Stevenson, CD
Born November 25, 1928, promoted to glory May 30, 2010. Dearly loved and missed by his wife of 50 years Marguerite, daughter Vikki (Jorge), sons Duncan and George, daughter Patti (David), brother George, sister Joan and grandchildren Nicholas, Erik, Julian and Isabel. Vic also leaves many friends including those from his church family, the 15th Field Regiment and from his years as a teacher and Vice-Principal with the VSB. Vic grew up in Dunbar, graduating from Lord Byng in 1947 and then UBC in 1953. He met Marguerite in 1958 on a young adults ski trip, she was a better skier than me he said, and they married in 1959. He loved to travel, finding something special and making new friends wherever he went - Europe as young man, cross-Canada in a Westphalia camper with his family, Caribbean cruises with Marguerite. Upon his retirement in 1989 he was free to spend more time at museum conferences, as Director of the 15th Field Artillery Museum and as archivist for First Baptist Church. Already a published author, he and his friend Peter Moogk had just put finishing touches on a book due out later this summer. A memorial service will be held on Friday, June 18, 2010 at 1100 at First Baptist Church, 969 Burrard Street. In lieu of flowers donations may be made to the Military Christian Fellowship (www.mcf-canada.ca ) or First Baptist Church in Vic's honour. Well done, thou good and faithful servant.
Note:  Donations may also be made in Vic’s name to the 15 Fd Regimental Museum Society, the 15 Fd Regimental Association or Honour House c/o Bessborough Armoury, 2025 West 11th Avenue, Vancouver, BC, V6J 2C7.
​
Stevenson, Robert Victor, LCol (ret’d) CD - passed away 4:30 AM Sun 30 May 2010 due to lymphoma. LCol Stevenson, CD started his military career with the Seaforth Cadets and served with them from 1944-1948. He joined the U.B.C. Contingent COTC from 1948-1950 and was commissioned LT Sept 1950. During this time LCol Stevenson spent his summers continuing his military training in both anti-aircraft and coastal artillery warfare. Upon completion of this and his degree at UBC, he was posted to the Esquimalt Coast Artillery in 1949. From 1952 until its disbandment in 1954, LCol Stevenson was posted to 102nd Coast Artillery Regiment (Vancouver). he then served continuously with 15th Field Artillery Regiment (Vancouver) rising through the levels of command to obtain the rank of Maj, concluding his P Res tenure as the Regiment’s 2 1/C upon reaching mandatory retirement age in 1981.  Upon retirement, LCol Stevenson went to lead the Vancouver Army Cadet Corps for a further 10 years, retiring as its CO in 1990.  LCol Stevenson not only served as Hon LCol for the 15 Field Regt from 22 Apr 1995 till 21 Apr 2000, but also was the founder and Director of the 15th Field Artillery Regiment Museum in Vancouver.
Published in the Vancouver Sun and/or The Province on 6/5/2010 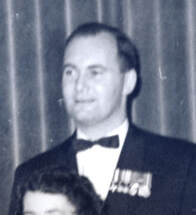 ​Captain Charles Harold Clerkson, MM
5 October 2010
It is with profound sadness that we announce the passing of our Dad and Granddad. Harold was born in Swanson, Saskatchewan and spent most of his youth with his 11 siblings in Broadview, Saskatchewan. He joined the military in 1941 and went overseas with the 15th Field Artillery Regiment. He never wanted to discuss his fighting experiences, even when he was awarded the Military Cross for bravery. His fondest memory was meeting his bride to be, our mother Lois, while on leave in Paris. He and Mom kept up the romance and married in Vancouver in 1946. Dad and his brothers worked at the Black Cat restaurant on West Broadway when they returned, and thus began Dad's career in the restaurant industry, first opening Harold's Grill and then turning to the sales of equipment and supplies with Russell Food Equipment. Dad was promoted to Manager in Regina, but after 3 winters asked and obtained a transfer to manage the Victoria office where he completed his business career with RFE and Paul's Restaurants. Retirement brought lots of travel, with winters in Mesa and summers with our families. They moved to North Vancouver in 1988 to be closer to family. Dad was predeceased by Lois, the love of his life, and survived by his sons and their families - Bob and Margot, grandchildren Greg (Sarah) and first great-grandchild Sophie, Kelly (Rhett) and first great-grandson Matthew; Jack and Patty and grandchildren, Lindsay, Jamie and Casey.
A good man has passed.
A life well lived.
We will miss you Granddad,
at our happy hours and dinners
Captain Clerkson served with the 15th Field Regiment RCA in Europe during World War II and joined the 15th Field Regiment RCA in Vancouver in 1956. 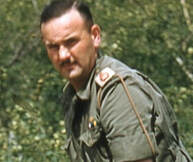 Major Robert Nicholson Keen
​March 17, 1915 - July 10, 2010 After a lengthy period of ill health, Bob passed away peacefully at Shorncliffe where he had resided since March 2010. Bob was predeceased by his twin brother (Pat) and his wife (Irene). He is survived by his daughter, Margaret (Lee) of Kamloops; grandson, Lindsey (Ingrid) and great grandchildren, Angus and Caela of Port Moody. Bob is also survived by his sister, Thelma Gayton of Vancouver. Born in Christchurch, England on March 17, 1915, Bob moved to Canada with his family in 1922. Bob grew up in Vancouver and joined the Canadian Army (B.C. Lighthorse) in 1933. He served overseas with the Seaforth Highlanders of Canada from 1939 until 1945. During this service, Bob was injured and met his future wife (Irene) while convalescing in a war hospital. A dedicated and proud Canadian soldier, Bob was awarded several decorations for his distinguished overseas service. Bob continued his military service with the Reserve Army in 1946 and served with the Seaforth Highlanders, Royal Canadian Artillery and Rocky Mountain Rangers until he retired in 1968. Bob lived in Vancouver, Quesnel, and Prince George with his family after the war where he worked for the Federal Government from 1946 until 1973. For the past 37 years, Bob had been a resident of Madeira Park. He was a lifetime member of the Royal Canadian Legion and a proud Seaforth Highlander, always attending Seaforth functions. There will be no formal service by request. The family wishes to thank the staff at the Madeira Park Health Clinic and at both Totem Lodge and Shorncliffe for their care and support of Bob. The family also wishes to extend a special thanks to all of Bob's caregivers over the past few years and his many friends on the Sunshine Coast for their messages, support, and many visits to see Bob. In memory of Bob, we would request that any expressions of sympathy take the form of donations to the Poppy Fund of the Royal Canadian Legion, Branch 140 in Sechelt, B.C.
Published in Vancouver Sun and/or The Province on July 18, 2010

Pat Brownlee-Baker
Pat died on November 2nd after a long and valiant fight with cancer. Deeply loved and fondly remembered by husband John, sister Jacqueline, brother-in-law Robert, nieces Clair and Sarah. As well as many relatives and friends in Canada, the UK, France and Japan. Honouring Pat's request there will be no service and donations may be made in her name to Lions Gate Hospital Foundation, 231 East 15th Street, North Vancouver, BC, V7L 2L7.
"We had joy, we had fun, we had seasons in the sun. But the wine and the song, like the seasons have all gone.”