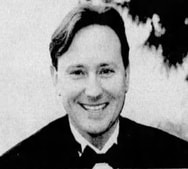 Bombardier Peter Ernest Almerling
It is with profound sadness that we announce the tragic passing of Peter. Survived by his beautiful children, Alyssa, 11, Sofia, 9, Aidan, 3; loving wife Estelle; brother Allan; sisters Wendy, Sylvia and extended family. Predeceased by parents Ernest and Ann Almerling. Peter was a caring father, devoted husband and friend who embraced life with a determined and reflective spirit. A successful entrepreneur and businessman, he was a life-ling learner, who studied music, literature and Swedish at UBC, then continued in accounting to complete his CMA. Peter’s avid passion for the outdoors included fishing, hiking, skiing, snowshoeing and mountaineering. It was here in nature as well as with family and friends that he found true peace and purpose. Memorial Mass Saturday, July 27, 11:30 a.m., St. Pius X Church, 1150 Seymour Rd. N. Van. Reception to follow, 12:30 p.m., Deep Cove Yacht Club, 4420 Gallant Ave, N. Van. In lieu of flowers, please make donations to Lions Gate Hospital Foundation.

Acting Bombardier Thomas Clive Ballam
Died peacefully in Nanaimo, BC on March 03, 2013 in his 83rd year. Survived by nephews Bruce Ballam (Nanaimo, BC) and Brooke Ballam (Kamloops, BC). Believed to also be survived by daughter Lori(e) /Laurie (nee Ballam), whereabouts unknown. Anyone possessing current information regarding Lori(e) /Laurie is requested to contact: Bruce Ballam at bruce. ballam@shaw.ca or Hunter & Co at #4 - 4180 Island Hwy North, Nanaimo BC V9T 1W6 or www.hunterlawcorp.com. There is no service by request. Donations may be made to the Canadian Cancer Society. The Globe and Mail, 2013-04-06
Acting Bombardier Ballam was a member of 15th Field Regiment RCA from 13 Mar 1952 until 15 Jan 1957

Bombardier Don Burkett
​5 February 1955 – 1 June 2013
It is with great sadness we announce the sudden and unexpected passing of Dr. Don Burkett from heart failure on Saturday, June 1st, 2013. Don is survived by his loving family: wife, Barb, his son, Dan, his daughter, Josie, his mother, Rhoda, and two brothers, Barry and Dave (wife, Sylva). Don was predeceased by his father Robert Burkett in October, 2010.
Don and Barb met at University, were married on July 10, 1982 and have been partners in life for 40 years.
He was born in Flin Flon and lived his formative years in Lynn Lake, Manitoba. The family moved to Tsawwassen when Don was a young teenager. After graduating from DSS he attended Douglas College and UBC, eventually studying Chiropractic at CMCC in Toronto where he received Clinical Honours, graduating in May of 1982. Later that year he opened his practice and has served the community continuously in the same office ever since.
When he was not practising, Dr. Burkett was involved in many community groups. One of his greatest joys was his music. He was an accomplished jazz guitar and bass player, actively involved for many years with the Delta Community Music School. He performed regularly around the lower mainland with his best friend, saxophone player Bob Miller in the jazz ensemble, The Bossa Boys, He was a long time member and a Paul Harris Fellow with the Rotary Club of Ladner. Several years ago through Rotary he worked hard to restore the garden at the Mountain View Manor. In recent years, environmentalism has played a major role in his life. He volunteered with the Nicomekl Enhancement Society and more recently the Spartina Working Group of BC. He worked tirelessly to free the shores of Boundary Bay of the damaging weed grass Spartina angelica. Don’s beloved Norfolk terrier, Daisy, accompanied him wherever possible: into the office to help heal his patients and out on the mud flats to help save the planet. Don loved people. He brought together volunteers from every part of the community, from all walks of life for his various projects. He was known for his colorful Hawaiian shirts. He said he wore them to encourage the sun to shine but we know it wasn’t the shirt; it was the man inside the shirt that made the world a brighter place.
May he rest in peace and may the rest of you left behind know that our lives are a lot richer for having known Don. A good man. A loving and devoted husband and father. A talented and dedicated chiropractor. A silly man. A wild man. A joyful man. A compassionate man. A wonderful man. And a friend.
A memorial service will be held on Saturday, July 13, 2013 at 1:00 p.m. at the Unitarian Church of Vancouver, 49th and Oak. In lieu of flowers donations may be made to the Ladner Rotary Club memorial Fund for Dr. Don Burkett. If you won a Hawaiian shirt please wear it.
Don would like that.
Delta Funeral Home (604) 946-6040
Don was a Bombardier in the unit in the early 1970’s 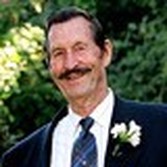 ​Chief Warrant Officer Jim Hamilton CD
23 May 1923 – 9 December 2013
HAMILTON, Amos James (Jim) Dear and loving husband, father, papa, great grandpa, and friend passed away on December 9, 2013 at the age of 90. Jim was born on May 23, 1923 in Eddyside, Saskatchewan. At the age of eleven the family travelled by horse drawn wagons to BC, first settling in Creston and then three years later in Nelson. In 1948 while in Vancouver, he met the love of his life, May Abercrombie, and shortly after they were married and made Richmond their home. Jim served in the Canadian Air Force and also spent 34 years as a member of the 15th Field Artillery Regiment, spending 22 years with the band. He retired with a rank of Chief Warrant Officer. He worked as a firefighter at the Vancouver International Airport prior to his retirement in 1988. Jim was predeceased by his wife May in 2004. He will be greatly missed by his sons Jack and Jim (Deb); grandchildren Laurie, Kyle, Karen, Leslie, Gavin and Rosie; eight great grandchildren; and many other relatives & friends. A memorial service will be held on Saturday December 21st at 2pm at the Richmond Funeral Home, 8420 Cambie Rd in Richmond. In lieu of flowers donations may be made to the Heart and Stroke Foundation or the Alzheimer's Society.
Back to 2013
Copyright © 2015, 2016, 2017, 2018, 2019, 2020, 2021
Webmaster/editor - Leon Jensen, OMM, CD, Commanding Officer 1998-2001, Regimental Sergeant Major 1986-1988
Additional photos and stories as well as comments regarding errors and omissions would be greatly appreciated. ​
​Have I inadvertently placed personal information of yours on line that you don't approve of?
​Please accept my apologies and contact me at president.vcrgunners@gmail.com and I’ll have it removed.