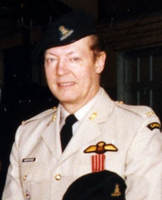 ​Captain Steven RGW Burridge CD 1940 -2014
Steven, beloved husband of Katherine, passed away suddenly at home on Feb. 7, 2014. He also leaves his loving family; Erinn Gleeson (John), Steven Jr. (Brenda), Craig (Karen), and grandchildren Keira, Cole, Olivia and Evan. He was also loved by neighbor-son, Henry Waack Jr., sister-in-law Janet Farquhar, and half-brother David Theobald. Steven was raised in St. Catharines, Ontario and was a graduate of RMC in Kingston, Ontario. He later served as a navigator in Comox, B.C. Once retired from the air force, he joined the 15th Field Artillery unit, where he served as a weekend soldier for many years. Following a short career in sales, he became a C.A. and practiced in Coquitlam. The family would like to thank the 911 Emergency Responders of Coquitlam; and Drs. D. Mudie and S. Clutterham for their care and compassion. A celebration of Life service will be held at the Inlet Theatre, 100 Newport Drive, Port Moody, on Saturday, March 1, at 10:30 a.m. with reception to follow. In lieu of flowers, if so desired, a donation may be made to The Nepal Education Initiative. For donation information and online condolences please visit www.burquitlamfunerals.com and click on his link. 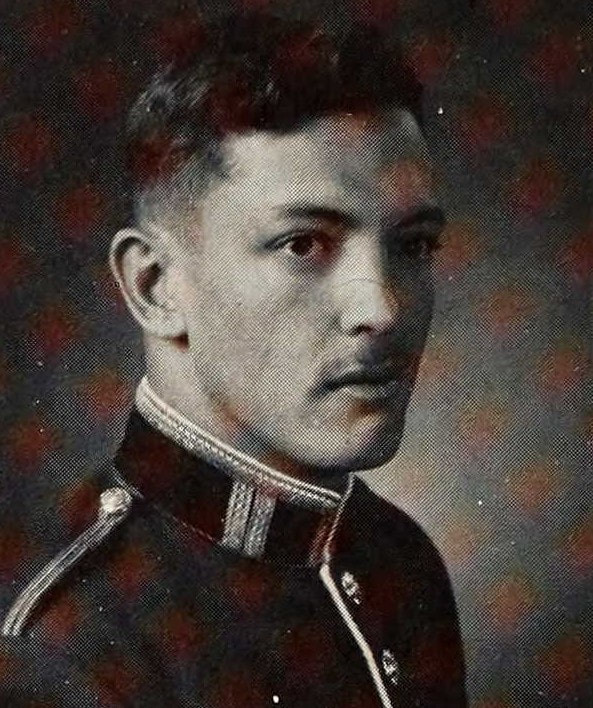 Reverend Joseph Patrick Carney
1929 - 2014 The Rev. Joseph Carney passed away peacefully at home with his wife by his side on Aug. 19, at the age of 84. He was born in Vancouver, B.C. and attended various schools before graduating from Vancouver College Prep School in 1948. He then pursued his long-time desire to enter the priesthood by enrolling in the Roman Catholic Seminary of Christ the King in Mission, B.C. He was awarded a Bachelor of Arts degree in 1953 and a Degree in Theology in 1957. He was ordained to the priesthood on April 6, 1957. He served in various Vancouver area parishes as assistant priest, editor of the Diocesan newspaper of the Archdiocese of Vancouver and padre to the 15th Field Artillery Regiment.
​After much soul searching he knew that he wanted marriage to be part of his life, and in November 1965 he married his wife, Tanya Dournovo. The marriage was followed by a brief stay at Huron College, University of Western Ontario, and Joe was received into the Anglican Communion in December 1966.
In October 1967, Joe, Tanya and their infant son, Rex, emigrated to the United States. Joe entered the U.S. Episcopal Church through the Diocese of Olympia and was assigned to St. Barnabas, Bainbridge Island and its satellite mission churches in Poulsbo and Port Gamble.
Over the next several years he oversaw the independence of the Poulsbo and Port Gamble congregations, the building of a church in Poulsbo and considerable congregational growth. He also served on boards of many community organizations and Diocesan committees.
In 1986 he received his Master of Ministry degree from Seattle University.
He resigned as Rector from St. Charles parish in Poulsbo in 1989 and became Vicar of St. Bede’s Mission, Port Orchard, where he served until 1995, at which time he retired.
He and his family enjoyed sailing the San Juans and Canadian Gulf Islands for many years, so he was happy to come out of retirement in 1997 to serve as part-time Vicar of Grace Church, Lopez Island. He retired for the second time in 1999.
During this time he oversaw the building of the new Grace Church in the village. He also served on the original board of the newly forming Lopez Island Hospice and Home Support.
Upon retiring from Grace Church, he and Tanya decided to make Lopez their permanent home. From there he worked as supply priest at St. David’s Parish, Friday Harbor and Emmanuel Parish, Eastsound.
Joe loved anything to do with boats, particularly his sailboat, “Grace,” and he and Tanya were active members of the Lopez Island Yacht Club, from 1999. He was also an avid crab fisherman and would be one of the first ones to put out a pot when the season opened.
Back in his single days, he had obtained a private pilot’s license and owned and flew a Piper Cub. He always missed flying and after moving to Lopez bought an Ercoupe, which gave him great pleasure flying and commuting to his duties in Eastsound.
Joe was loved by everyone who knew him for his ready smile, his sense of humor and the joy and kindness he exuded. He will be greatly missed by his family and friends.
He is survived by his wife, Tanya, sons Rex (Jennifer) and Brent Carney, grandchildren Brennan, Casey, Chloe and Dillon, his sister-in-law Verlie Carney, brother-in-law Martin Dournovo (Virginia) and numerous nieces and nephews. He was predeceased by his parents Robert and Nora Carney and brothers Robert and Fred.
A celebration of his life will be held at Grace Episcopal Church on Sept. 6, at 11:30 a.m., with a luncheon reception following in the Parish hall.
Memorial donations may be made to the following: Community Food Bank, c/o Grace Episcopal Church Outreach Committee or Lopez Island Hospice and Home Support.
— Family of Joseph Carney ​http://www.sanjuanjournal.com/obituaries/rev-joseph-carney/

Gunner Michael John Kot
Passed away peacefully on June 11th, 2014 in Vancouver, BC, at the age of 94. Predeceased by his son Philip and daughter Beverly; survived by his wife of seventy years Josephine; brother Steven (Kay); son Alan; son Ronald (Karen); with granddaughters Megan (Kris); and Nadine. Michael served in the Royal Canadian Artillery from 1941 to 1944. He then became a Tax Auditor Supervisor for the Provincial Government, then a Retail Furniture Business Owner, then a Business and Personal Tax Consultant. He assisted the Immaculate Conception Parish in general, and with their accounting. He enjoyed fishing, golfing, bowling and gardening. A Funeral Service will be held on Friday June 20th, 2014 at 2pm at Kearney Funeral Chapel, 450 West 2nd Ave., Vancouver, with Father Paul of Immaculate Conception Parish. Interment to follow at Forest Lawn, Burnaby. In lieu of flowers, donations gratefully acknowledged to Canadian Cancer Society. 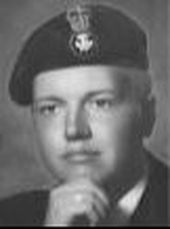 Corporal Robert James Sutherland CD
On December 28, 2014 Robert James Sutherland exited after having fought his final battle. He leaves behind family, friends, dozens of weeping lovers and his beloved cat Binky. His glory is in the legacy of stories about his humour, his ability to bring any vehicle back to life, and his generous nature toward his friends. He made Clan Sutherland proud. A Celebration of his Life will be held from 1300 to 1700hrs on March 29, 2015
at 12th Service Battalion
5500 No 4 Road,
Richmond, British Columbia.
Refreshments will be served and a cash bar will be available. 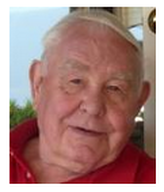 Honorary Lieutenant-Colonel Peter FW Veuger June 1932 – January 2014
Peter died peacefully on New Year’s Day. He was born and raised in Utrecht, the Netherlands and emigrated to Canada in April 1952. He was young, enthusiastic about his new life. Four years later he opened the first of three businesses he owned on Robson Street. With hard work and his outgoing personality this proved a successful venture. Peter soon developed a love of the sea and took up sailing. This led him to join the Royal Vancouver Yacht Club where, over the years, he became involved with race committee work, outstation work parties, he was on the Executive, keeper of the Trophies and for many years the Honorary Protocal Officer. Peter, Suzanne and the boys spent many happy times cruising on their trawler, Tenakee. In 1993 Peter was made an Honorary Life Member of R.V.Y.C. of which he was very proud. Peter was a member of the Canadian Force Liaison Committee and subsequently was appointed Hon Lt. Colonel of 15 Field Regiment, RCA. This was a very special honour for him as he and his family in Holland were liberated by Canadian troops in September 1945.Peter was predeceased by his wife Caroline and his adored little grandson Matthew. He is survived by his wife Suzanne, his sons Andrew and David, his daughters-in-law Yvette and Cynthia and his granddaughters Ashley and Caitlin. Also by his brother Fred and sister-in-law Sheila. He loved us all deeply and was never happier than on those occasions when we were all together. We wish to thank all the staff on 1South at Evergreen House for their loving care of Peter. We are also grateful to Dr. Paul Sugar for his constant care, compassion, encouragement and wonderful sense of humour. Please, no flowers, but for those who wish, a donation may be made to the Paul Sugar Palliative Support Foundation (paulsugarfoundation.com) in memory of Peter. An 8Bells memorial service will be announced at a later date.
With regret, this year marked the passing of former Honorary Lieutenant Colonel, Peter F.W. Veuger.  He was Honorary Lieutenant-Colonel of 15th Field Artillery Regiment, RCA from 8 November 2004 until 8 November 2010.  As an Honorary, he planted deep roots that still have a lasting effect.  While in this position, he was a founding member of the Vancouver Artillery Association.  He was honored with a trumpeter, guard and the firing of volleys.

​Master Warrant Officer George R Wood CD 6 September 1944 – 5 April 2014
Born September 6, 1950 in Vancouver, passed away peacefully April 5, 2014 after a brave fight with cancer.
Predeceased by father David in 2004. He is lovingly remembered by his mother Viola, children Kathryn and Robert and their mother Kelly, sister Joanne, brother in law Doug, nieces Jennifer and Trisha, extended family, many friends and coworkers.
Retired Police Sergeant with the Vancouver Police Department, having served 32 years. Achieved the rank of MWO with the 15th Field Artillery. Graduated from John Oliver Secondary School in 1968 and later earned a diploma from BCIT. A man of uniform since childhood, George was also an avid Boy Scout and successful athlete.
Warm hearted and full of wit and intelligence, George was a kind and protective man in service and in life.
A service will be held on Monday, April 14 at 1:00pm at the Valley View Funeral Home, 14644 72 Ave, Surrey, BC.
In lieu of flowers donations are encouraged to the Irene Thomas Hospice or to the Canadian Cancer Society.
Back to 2014
Copyright © 2015, 2016, 2017, 2018, 2019, 2020, 2021
Webmaster/editor - Leon Jensen, OMM, CD, Commanding Officer 1998-2001, Regimental Sergeant Major 1986-1988
Additional photos and stories as well as comments regarding errors and omissions would be greatly appreciated. ​
​Have I inadvertently placed personal information of yours on line that you don't approve of?
​Please accept my apologies and contact me at president.vcrgunners@gmail.com and I’ll have it removed.