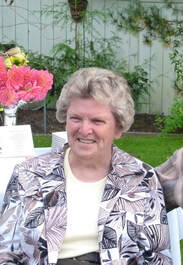 Marlene Esther MacMillan
July 18, 1937 ~ October 23, 2018 (Age81)
It’s with a heavy heart that Bill announces the passing of his wife of 61 years.
Marlene is predeceased  by her parents Mary and William Smith, Brother Joseph Smith, sister-in-law and brother in-law Winnifred & Dick Bos, and brother- in-law Robert McCormick. Two nieces Dianne Martin and Donna Oldford, two nephews Jim May and Calvin Yeo.
Marlene is survived by her husband William Alexander MacMillan, Daughter - Sandra Biener (David) Qualicum Beach BC, grandchildren Heidi Lastiwka (Wayne) Willingdon AB, Mary Burch (Wray) St. Albert AB, Robert Biener-Calgary AB, George Biener (Cassidy Wallis) Kelowna BC, and 8 great grandchildren. Son- William MacMillan (Sharon) Barrie ON and granddaughters Sasha and Lee MacMillan. Sister-in-law’s Sophie Smith-Belair MB, Florence McCormick -Abbotsford BC and Evelyn Jenny Yeo -Red Deer AB.
Marlene was raised in the 100 block of 1st street Brandon Manitoba. She attended Earl Haig High School then completed grade 12 and Business College at St Michaels Academy.  She was always taking courses whether it was through her employer, at the local university or in the community. Life-long learning was important to her. Being active, getting involved and volunteering in the community kept her busy with the many friends she met over the years. Marlene worked for a number of departments within the Federal Government in various locations until her retirement due to health reasons.Genealogy was her passion. Marlene loved the challenge and research involved in discovering the family ancestors. She traveled to many places and connected with new family members in her quest to go back as far as she could. She equally enjoyed spending time with grandchildren and great grandchildren.
Marlene and Bill made many moves across the country with Bill’s career in the military. New Brunswick, Manitoba, Saskatchewan, Alberta and BC. They also lived in Germany on two occasions thus creating a love of travel. After their retirement they took full advantage of the opportunity to see the world.
We would like to take this opportunity to thank the Glenview staff at Stanford Seniors Village, specifically Rhea, Rob, Josie and Marina. Your kindness, care and compassion was a great comfort throughout Marlene’s seven week stay.
Funeral Services will be held at 11:00 am on Friday, November 9th at Yates Memorial Services, 1000 Allsbrook Rd. Parksville, BC. Donations may be made in lieu of flowers to the Parkinson’s Society of BC or BC Cancer Agency.
Lives Cherished and Celebrated 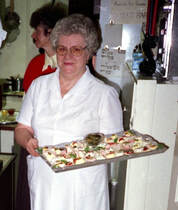 Jean Annette Maskovich
July 24, 1921 – April 19, 2018
Jean Annette Maskovich predeceased by first husband Harry Colton and second husband Don Maskovich. Jean will be missed by sons Harry and Robert, daughters Colleen and Hazel, stepdaughter Helen, all their families and all her loving friends and their families. The Celebration of Life will be held at Avalon Surrey Funeral Home, 13288 108 Ave, Surrey, BC on Wednesday, May 2, 2018 at 2 p.m. Friends may leave messages of condolence for the family at www.avalonsurrey.com
Jean and Don Maskovich ran the bar and kitchen of the Officers Mess from the early 60s to the mid 80s and catered most of the events that took place in the Armoury during that period. 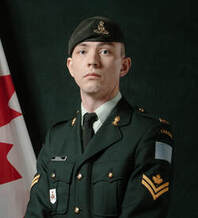 Master Bombardier Chris Sewell
Christopher (Chris) Sewell born February 3rd, 1988 in Victoria, B.C., passed away unexpectedly on August 24th, 2018. He was predeceased by his mother, Lea-Anne Sewell (2016) and will be lovingly remembered by the many friends he made in life.
Chris was an undergraduate student in Mathematics at Simon Fraser University, as well as a Master Bombardier for the Canadian Armed Forces. Having grown up in and out of foster care, Chris had a more challenging start at life than most.
See more... 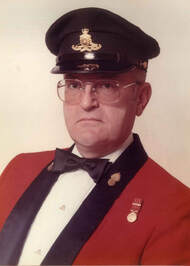 Chief Warrant Officer Eric Tyldesley Gore CD
Eric was born in Montreal, PQ in 1934 and moved to Vancouver, B.C. at an early age. He was raised on Sea Island close to the Vancouver Airport.
He married his first wife, Verle Evans, in 1952 and had two beautiful children: Gary, who married Dorothy and gave him two grandchildren, Dillon and Geena. Geena has blessed him with a great grandchild Kade Patrick-Gore and another on the way. His daughter Linda has two wonderful sons, Ryan Sigerson and Mark Mueller.  He has one sister Noreen (Fred) Babuin, and two nephews Leslie (Paddy) Babuin and Chris (Ann) Babuin. Two great nephews, Tyler Babuin and Heather (Jon) Mattei who have two beautiful children Reagan and Nolan.
See more...
Back to 2018