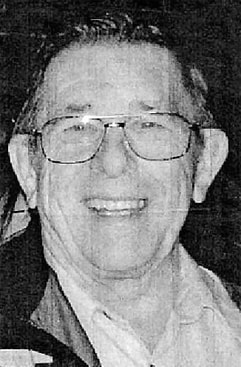 Gunner Richard K. Caloren
80 years old. Born in Kimberly, British Columbia. Died in Kamloops, British Columbia. Survived by: wife, Joan Caloren of 58 years; son, Sean Caloren (Laurie); daughter, Kathleen Rae-Arthur (Steve); grandchildren Chelsea and Ryan Rae-Arthur; sister; Colleen Phillips (Jack); sister, Sheralyne Albert; and many nieces and nephews. Predeceased by: father, Kenneth Caloren; and mother, Vivian Warren (Arthur Warren). Richard joined the Canadian Armed Forces in 1955 where he worked as an MSE Equipment Operator while serving in the military. Richard moved to Holberg, BC in 1973 from Borden, Ontario. He had several postings in Canada with the CAF. Tours overseas including a 6 month posting in Egypt in 1977. After leaving the Forces in 1978 Richard worked for Western Forest Products until he retired in 1993 to Tofino, BC. Richard moved to Qualicom, BC in 2007. A Memorial will be held at Army, Navy & Air Force Vets, 177 Tranquille Rd, Kamloops, BC on February 23, 2019 at 10 a.m. In lieu of flowers, donations can be made to the Kamloops BC SPCA. Condolences may be sent to the family at DrakeCremation.com

Lance Bombardier John “Jack” Douglas Cave
Jack passed away with his daughter Jo-Ann by his side on Tuesday, August 20, 2019. He is survived by daughters J-Ann Cave (Bert) of Regina, faithful pet “Rexy” and Dr. Cathy Cave (Scott) of Edmonton; grandson Chris (Tania) and great-grandchildren Spencer, Abigail and Dominique of Regina; and granddaughters Cassandra and Carmen of Edmonton. Jack is also survived by his brother William “Bill” (Joan) of Vancouver; nephews Brent, Mark, their families and Gordon; nieces Debbie and Sharon; as well as Debbie and Doug Scott of Regina; and Allan and Krystell Beers and the Coad kids of Weyburn.
Jack was predeceased by his loving wife of 66 years, Cora in 2017. He missed her dearly and spoke of her daily. He was also predeceased by his daughter Jackie in 1966.
Jack was born in Vancouver to Frank and Mabel Cave and grew up ay Kitsilano Beach. He met Cora in Stanley Park at Lost Lagoon and married her in 1951. He said the grass still smolders where they met! Jack was a member of the Royal Canadian Artillery Reserves and played trumpet and saxophone in their band. He worked for Pilkington Glass as a journeyman glazer until he joined the Regina Fire Department in 1957. He was so proud of his nephew Mark for becoming a firefighter in Vancouver. Jack was also a Shriner with the WaWa Temple and played in the drum corps. Family was very important to him, and so was being a good upstanding community man. He proudly donated many pints of blood to the Red Cross. Jack was extremely outgoing, making friends everywhere he went. In the last few years he would always greet his care workers and fellow residents with a friendly, “Hello Toots.”
We would like to extend a heartfelt thank you to the William Booth Special Care Home and Elmview Extendicare for providing exceptional care these last few years. An informal Memorial Service and hot lunch will be held from 1:00 p.m. to 4:00 p.m. on Sunday, August 25, 2019 at The Serbian Club, 2775 Avonhurst Drive, Regina, SK. Jack and Cora will be laid to rest together at a later date. In lieu of flowers please make donations to The Burn Unit or the Regina Humane Society or to a charity of your choice. Online messages of condolence may be left at www.paragon funeralservices.com
You were the best Father in the world and we will miss you greatly!

Lieutenant-Colonel Dean Drysdale CD
Dec. 30, 1963 - Aug. 11, 2019
Lieutenant-Colonel (Ret'd) Dean Drysdale CD RCA, MBA, Ph.D., CGA-CPA Dean passed away at his home, surrounded by loving family and close friends. He died as he lived, courageously. Dean was a soldier, a professor, an elected official, an aspiring parliamentarian, and a successful venture capitalist.
Dean served proudly in the Canadian Army Reserves, being commissioned as an artillery officer at the remarkable age of 17. He rose to the rank of Lieutenant-Colonel and commanding officer of his Vancouver regiment - the 15th Field Regiment, Royal Canadian Artillery.   See more...

Thelma Marjorie Gayton, wife of the late LCol Douglas Gayton CD RCA
Not long past noon, at 1330 hrs, on Day 64 in VGH - where it all started in 1924, Mum found relief: to the end her feet were twitching as though on the dance floor with Dad. She missed her target of 13 January - 15 years absent Dad.
Niece Barbara Elizabeth & ‘adopted’ daughter Joanne, along with Yolanda’s daily case management, were instrumental throughout the journey.
Mum was born in VGH, raised in Kerrisdale, left for 21 years as a service spouse, kept her counsel during those latter postings, and relished working with Dad at Heath, and then through the Reform Party.
Mum requested no service; ashes to be with her parents in the Mausoleum; in lieu of flowers donations in support of the 15th Field Artillery Band via www.militarymusic.ca/ should you desire.
End of Mission

Kathleen Victoria Holt
The wife of Sergeant (Retired) Brian Holt passed away today, 23 December 2019, after courageously battling stage 4 ovarian cancer for the last 2 and a half years. "She fought hard the whole way through, and now she is at peace. My life has changed drastically from this day forward as I no longer have my right hand to guide me through life" Our hearts go out to Brian in this time of loss.

Lieutenant-Colonel William Sydney  Jackson  CD
June 12, 1917 - January 22, 2019
Bill passed away peacefully on January 22, 2019 at Hollyburn House in West Vancouver. Predeceased in 2013 by Joan, his beloved wife of 72 years. Born in Calgary June 12, 1917, he lived in Summerland before moving to Vancouver. He is survived by daughters Pat and Lynn (Ken), grandchildren Jessica, Jeff, Brian and Kevin, great-granddaughter Hannah and many nieces and nephews. Bill was a 6 year World War II Veteran having served in Northwest Europe with the 1st Canadian Artillery Rocket Battery. In 1946 he rejoined in the Reserves as Adjutant, 15th Field Artillery Regiment retiring in 1959 as Lieutenant Colonel. He was Past President of the Royal Canadian Artillery Assoc. of Canada, Past President of the Kiwanis Club of Vancouver, Past Chairman of the West Vancouver Parks Commission, Past Director of Capilano Golf and Country Club and former owner of Adanac Custom Brokers. He was a keen golfer, shooting his age at 72, a curler and lawn bowler. His family extends their heartfelt thanks to Hollyburn House for their amazing support and care. His life will be celebrated at a later date by his close family. Following his wishes, there will be no formal service. A donation, if desired, can be made in Bill’s name to the Lions Gate Hospital Foundation. A loving father, grandfather and great-grandfather, he will be missed. For those wishing to share a memory of Bill, please visit www.hollyburnfunerals.com
He is remembered annually by the 15th Field Artillery Regiment through the award of the Lieutenant-Colonel Jackson trophy to the most proficient Bombardier.
Good Shooting, Sir! End of Mission!

Bombardier Graeme Mutton CD
Graeme passed away 28 October 2019 in Chilliwack General Hospital. He was taken on strength as a Gunner in 15th Field Artillery Regiment RCA on 11 February 1971 with previous service. Qualified Artilleryman Trade Qualification 1 on 22 May 1977, he was subsequently promoted Bombardier on 1 July 1977. Graeme served on an operational tour with the United Nations Disengagement Observer Force in the Golan Heights from March 1978 to November 1978. He was released on 12 February 1981. 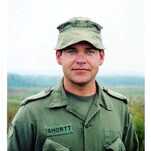 ​Warrant Officer Joe P. Shortt CD
On November 18, 2019, Joseph (Joe) Patrick Shortt passed away unexpectedly. He was 52 years old. Born on May 15, 1967, Joe spent much of his adult life as a member of the Canadian Armed Forces in The Royal Regiment of Canadian Artillery, a proud Gunner. He served overseas with NATO in Bosnia and the United Nations Forces in Cyprus, as well as the 3rd Regiment Royal Canadian Horse Artillery, 2nd Regiment Royal Canadian Horse Artillery, 11th Field Artillery Regiment RCA, 15th Field Artillery Regiment RCA, and 4th Canadian Division Training Centre Meaford​. A dedicated and respected Warrant Officer, he retired in 2012 and returned to his home town of Guelph, Ontario where he spent time in the Reserves.
He was a collector of watches and old cameras, and took great pride in his Irish heritage. He is fondly and lovingly remembered by his mother Moira Shortt, his father Joseph Shortt, his brother Kevin Shortt, his grandmother Jean Bell, his uncle Ian Bell, his uncle and aunt Brian and Jean Shortt, and his cousins Heather Coolahan and Karen Bell.
Friends are invited to join the family for a funeral service at Gilbert MacIntyre and Son Funeral Home, Dublin Chapel, 252 Dublin St N, Guelph, on Wednesday, November 27th, 2019 at 10:30 a.m. A celebration of his life will follow at Warrant Officers and Sergeants Mess 11 Fd Regt RCA, 7 Wyndham St S, Guelph.
In lieu of flowers, donations to the Wounded Warriors Canada would be appreciated by the family. Donation cards are available at the funeral home (519-822-4731).
Back to 2019
Copyright © 2015, 2016, 2017, 2018, 2019, 2020, 2021
Webmaster/editor - Leon Jensen, OMM, CD, Commanding Officer 1998-2001, Regimental Sergeant Major 1986-1988
Additional photos and stories as well as comments regarding errors and omissions would be greatly appreciated. ​
​Have I inadvertently placed personal information of yours on line that you don't approve of?
​Please accept my apologies and contact me at president.vcrgunners@gmail.com and I’ll have it removed.